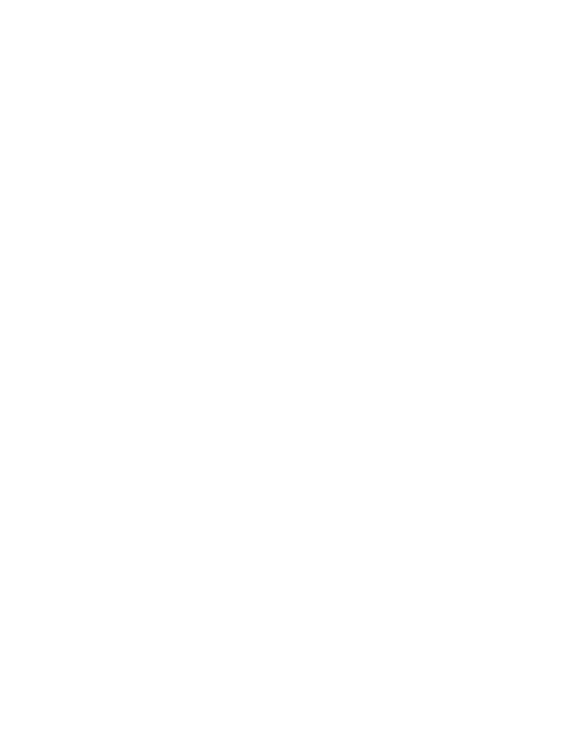 All rights reserved. No part of this publication may be reproduced
or transmitted in any form or by any means, electronic or mechanical,
including photocopy, recording, or any information storage and
retrieval system, without permission in writing from the publisher.

Requests for permission to make copies of any part of the work
should be submitted online at
www.harcourt.com
/contact or
mailed to the following address. Permissions Department,
Houghton Mifflin Harcourt Publishing Company,
6277 Sea Harbor Drive, Orlando, Florida 32887-6777.

Magic Carpet Books
is a trademark of Harcourt, Inc.,
registered in the United States of America and/or other jurisdictions.

independent booksellers who have long and
faithfully supported Rochester writers

The first thing I remember about Saturday was I had a headache that felt as though tiny aliens were trying to chew their way out of my head through my left eyeball, and my brother, Danny, was being obnoxious. I mean, I know I'd gotten up earlier, because there I was, dressed and in the car, but mercifully I had no memory of that. For me the day started in the car.

Danny's earphones leaked a tinny stream of rap. The beat was as effective on my headache as someone smacking the side of my head with a Ping-Pong paddle. At the same time, he was stabbing at the keys of some handheld electronic game that kept beeping and playing its own annoying little tune every time he scored. And then he'd crow, "Yesl" as though he were winning at something worthwhile.

In the front seat Mom had cranked up her own music to drown him out. Probably as a concession to us, she hadn't put in one of her opera tapes, but
The Little Mermaid
wasn't much better. There's nothing like Sebastian the crab howling "Under the Sea" to start off your morning right.

Dad was smart enough to be driving the rented U-Haul without us.

Danny had his feet crossed up on the seat, so that his knee kept jabbing me in the side. And his stack of coloring books and comic books and snack bags had tipped over onto me, too.

Ten o'clock in the morning, and the car's air-conditioning was already losing its battle with the August heat.

I shoved Danny and he shoved back.

"Ma," chimed in Danny, "Brenda didn't brush her teeth this morning, and she's breathing morning breath all over me."

"Stop fighting." Mom never even looked back to see how much of the seat Danny was taking. "We're almost there." If she had been a concerned parent, she would have let me sit up front instead of subjecting me to Danny. But the front seat was reserved for transporting plants that she had to keep an eye on so they wouldn't tip. It's a sad state of affairs when a coleus takes precedence over a family's firstborn child. Then again, if my mother or father were concerned parents, we wouldn't be moving in the first place.

"Half an hour till our exit, then another forty minutes to the house."

An hour and ten minutes is
not
almost there. It barely qualified as halfway there.

"I have a headache, and I think I'm getting carsick."

Easy for her to say.

Danny said, "She went out drinking with her friends, and now she's hungover. That's why her eyes are all red. Either that, or she's turning into a vampire."

I curled my lip at him in a snarl. "If I ever
did
become a vampire, I know who my first victim would be."

Mom told him, "Sixteen is too young to go out drinking. And Brenda's friends are too nice to be vampires."

Midget pervert,
I mouthed at him. I certainly wasn't going to admit to either of them that I'd cried myself to sleep the night before. I found my sunglasses and put them on. To my mother I could have said,
I don't have any friends; not anymore, thank you very much.
But I knew what she would say:
Then make some new ones.
Like moving when you're sixteen is the same as moving when you're eleven.

My parents were ruining my life, and they wanted me to consider it an adventure.

A half hour later my dad, in the U-Haul ahead of us, signaled to get off the Thruway. We followed him into a little town.

Was this the fabled promised land of Westport, New York?

Apparently not We drove straight through and out again.

Into a smaller town.

And out the far end of that place, too.

We drove past a gas station (cleverly named GAS) and a restaurant (mercifully
not
called EATS). Did a gas station and a restaurant qualify as yet another town? (Welcome to the town of GAS. Population: two fully qualified mechanics and one short-order cook.) Mostly we drove past lots and lots of fields. It was hard to believe this area had enough people to support a community college, but that was where my parents were going to work—Westport CC—my father teaching business, my mother computer science. The other courses were probably things like Introduction to the Digestive System of the Cow 101, and Goat Parasitology 203, and Advanced Tractor Repair. What were my parents thinking, bringing us out into the wilderness like this? We had to be hours away from the nearest mall.

Ahead of us the van's left-turn blinker began to flash.

"Here we are," Mom announced.

The house itself was certainly bigger than anything we could have afforded in Buffalo, and it had a great expanse of yard, which I could have appreciated more if I hadn't suspected that I would be the one responsible for mowing it.

To make up for the road being paved, the driveway was not.

Dad got out of the moving van. He had a big Christmas-morning grin on his face. "What do you think?" he asked proudly.

What did I think?

How can you trust any neighborhood where the houses are so for apart you practically
have
to get into the car and drive to visit your next-door neighbor?

"Do we have running water?" I asked.

"Ay-yup," Dad said, trying for some kind of accent. "And I hear tell in the next year or so we may even be getting some of that newfangled electricity stuff."

There
were
poles, so I guessed he was joking. My headache was going away, but my father's sense of humor could bring it right back again.

"Well, I think it's cool," Danny said. Sometimes Danny waits to hear my opinion on things just so that he can say the opposite. "How much of this is ours?"

"Two acres." Mom pointed to the left. "From just after that speed limit sign"—she indicated to the right—"to that line of poplars over there. The backyard goes as far back as those other trees."

"Thank God," I muttered in relief that my parents couldn't get ideas and get carried away with themselves.

Mom ignored me. "There's a patch for a vegetable garden," she told Danny.

Not being big on vegetables, unless you count french fries, Danny shrugged. "No animals?"

That brightened Danny back up. "For swimming?"

Dad shook his head. "No, it's only a little bit bigger than that wading pool you had a couple years back. It's for fish."

"Who has to take care of them?" I demanded suspiciously.

"They take care of themselves," Dad assured me.

Uh-huh. So does our self-cleaning oven, in theory.

My parents were real eager for us to see our rooms, so I barely glimpsed the living room before we went up the stairs. My room was first. The walls were white, but the ceiling was a deep midnight blue, and whoever had this room before me had stuck up glow-in-the-dark stars.

My father looked at me expectantly.

What can I say? Five years ago I would have loved it.

"Or," Mom offered, "your father can scrape the stars off and repaint whatever color you want."

"No," I said. "It's fine. Really." I tried to make my voice sound enthusiastic.

Danny, little opportunist that he is, said, "If she doesn't want it, I'll take it."

Mom said, "This
is
the biggest bedroom after ours, and it has the walk-in closet. But if you'd like to see the other rooms..."

A walk-in closet
was
nice.

There was also a bow window that had a seat and overlooked the backyard with its trees and bushes and the pond my parents had told us about.

My parents got the master bedroom, which had a little alcove that Mom called a reading nook. Danny got the room that had a lot of built-in shelves, which was good for him because Danny has all sorts of collections: comic books, action figures, baseball cards, model race cars, stones and seashells from places we've visited. Basically anything that doesn't move, Danny collects. (Things that move, too—but if Mom catches him, she makes him release them.) There was a fourth bedroom that Mom said would be the combination spare bedroom/computer room/sewing room.

As we walked back downstairs Dad put his arm around my shoulders. "I thought you'd like that ceiling," he said.

I shook my head. It would take about five coats of paint before that blue wouldn't show through. What difference did it make, anyway? Here we were, stuck out in the country. It wasn't like I was ever going to make any friends that I could invite over. What would we talk about? Chicken diseases? Country and Western singers? Our 4-H projects? My life was on hold until I went to college, which I knew would be back in Buffalo, whatever I decided to major in. That was something we had pledged to last night, Traci and Tina and Jennie and me: I'd go back to Buffalo, and they wouldn't leave. We'd be back together in two years. You can survive two years of just about anything if you have a goal.

I was the only one inside when the phone rang.

Probably the Welcome Wagon lady,
I thought—the Welcome Wagon striking me as a very rustic concept. She probably wanted to find out when she should drop off her homemade jams, pigs' feet, and pickle preserves. I went to the kitchen and picked up the receiver. "Hello?"

There was the sound of a bell ringing, like the kind of bell a little kid would have mounted on a bicycle handle.
Brrring bring! Brrring bring!

"Hello," I said in my most pleasant singsong.

"Last chance," I warned, still trying to sound friendly. "Hello." This was probably country people's idea of a prank call.

The bell stopped and I was about to hang up when a little voice said, "Help me."

"What?" It sounded like a kid, probably a little girl, probably about seven or eight.

Most likely it was a prank, I told myself. Even though the voice sounded frightened, that could be faked. But who would know this number?

Aware I was no doubt showing myself as the gullible city girl to the local fun-loving yokels, I said, "Who are you trying to reach?"

"You," the voice said, half catching on a sigh or a gulp for air.

If this was a prank—and I knew from personal experience that for every voice you hear in a prank call, there are at least two other kids ready to explode from suppressed laughter—if they were pranksters, they were good: just the right amount of scared and pathetic without being overdone.

"Are you home alone?" I asked.