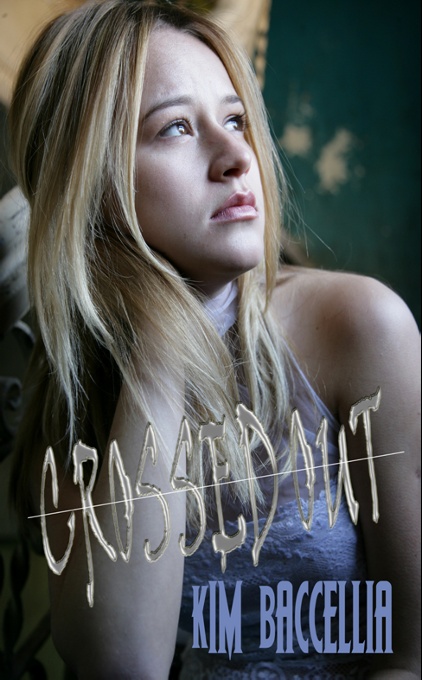 All rights reserved. The use of any part of this publication reproduced, transmitted in any form or by any means, electronic, mechanical, photocopying, recording, or otherwise, without the prior written consent of the publisher, Lachesis Publishing, is an infringement of the copyright law.

A catalogue record for the Ebook is available from the

multiple Ebook formats are available from

This is a work of fiction. Names, characters, places and incidents are either the product of the author’s imagination or are used fictitiously, and any resemblance to any person or persons, living or dead, events or locales is entirely coincidental.

This book couldn’t have been made without the help and support of a number of people. Louella Nelson, who was my cheerleader throughout its creation. Joyce Sweeney, who’s insight and feedback kept me on track. My husband for all the times he told me to never give up. To my on-line writing group who helped with their awesome feedback. To my brother-in-law Eihab Ibrahim who helped with the Arabic and Muslim crossing scene.

Any mistakes are due to the author.

I couldn’t deal with Mom and her holier-than-thou attitude about decorating crosses. If she had any clue why I needed to do this, maybe she’d back off.

I pushed my hair aside and looked down at the wooden beams. My box of paints and Sharpie pens lay close to my side. I had to get the design just right. Roses, or something plainer? It didn’t help that it was so cold in the garage.

Why was it so hard to help the dead go to the other side? It’d be a whole lot easier if they told me what they wanted on their crosses.
Dead girl comes, asks for help, and tells me she’s into pink roses. Yes, that would make my job a lot easier.

But one thing I’ve learned is, life isn’t easy. Cliché, but true.

Figures, this was how I’d spend my time on a Saturday – sitting cross-legged on the floor in our garage, worrying about finishing a cross for some dead girl. In a few hours, Mom would drag me to Mrs. Swanson’s house for a sleepover. I didn’t really have time to decorate a cross.

And each time I tried to sketch, thoughts of the meeting drove any thought of the design out of my mind. I mean, how could I even think of helping others – albeit dead ones – when my own life was such a disaster?

I didn’t want to go. But Mom was using the whole sleepover as a way to get me to be around Hillary, whom she thought would be such a good example for me. But I couldn’t tell my mother the truth – I hated Hillary. Yes, we’d once been close, but it wasn’t as if we were BFF anymore. No, Hillary made sure of that when I’d been stupid enough to trust her with my secret. A secret that was better left hidden. No one believed the dead could talk to you.

According to my last counselor, the only way that could happen is through serious Steven Spielberg special effects.

When I admitted to seeing one of my dead friends, he didn’t freak. No, he did something worse. He ended up suggesting to my parents that I needed to see a counselor – for serious psychological help. I mean, only crazy people see the dead.

And, I hate to say this, but his anti-anxiety and antidepressants don’t keep
them
away. Sometimes I wished the drug cocktail could just erase them. It sure would make my life a lot easier.

Sighing, I decided to go with pink roses. What girl didn’t like pink?

A sudden coldness permeated the garage.
Jeez, did Dad forget to close the back door again?

I pulled my hoodie tighter. Working in near darkness was bad enough without the drop in temperature.

I dropped my black Sharpie.

Over in the corner of the garage loose papers and dust whirled around – a funnel growing larger and larger.

The childish voice grew louder. A chill went up my back.
I know that voice!

I blinked once and when I opened my eyes I saw the girl. Her long dirty blond hair was clumped into two pigtails, and her bikini top and cut-off Levis brought back memories of the YMCA pool three years ago where I’d spent my summers.

Omigod!
I pushed the wooden cross aside. A tingling sensation burned through my whole body. Once I helped a dead person cross over, that was supposed to end the whole rescue scenario. The bright light appeared and
poof
! Well, not this time.

I scooted away, over the rough, cold pavement. This didn’t make sense. Though I was used to visits from the “other” side, having Allison reappear scared me. I didn’t know what to do.

“Allison, why are you here?” My voice broke.

She took a step toward me. Her lips trembled.

Danger?
Did that mean her murderer was out of prison? Just the thought of that perv touching or killing someone else made me want to hurl.

“Allison, what are you trying to tell me?” I slowly got up off the ground. “Is the guy who killed you, out?”

Allison shook her head. It still freaked me out how much the dead looked like us, not fuzzy or semi-transparent like they show on TV. The ones I helped still looked the way they had when they’d been killed, complete with all the blood and stuff.

Yet here was Allison. She should be in Heaven singing in one of those heavenly choirs Mom always talked about.

I bit my hangnail, ripping it off. I couldn’t deal with this. Not now.

The wind picked up, tossing loose papers everywhere. None of this affected Allison.

I had so many questions to ask her. I missed her. I knew she’d understand me, even when others – including my mom – were clueless.

The wind howled drowning out her answer.

And just as quickly, Allison left.

I felt as if something had punched me in the stomach. I pushed back the sickness threatening to escape.

What was going on?
But even worse, I didn’t know what to do. One thing had been made perfectly clear. The rules had all changed and no one bothered to give me the new players’ guide.

“Hi, Jean,” Mrs. Swanson greeted mom as she opened the door. Then she looked at me.

Fine lines crinkled around her blue eyes. “Hey, glad you decided to come. We’ve missed you.”

“We’re glad to be here, right, Stephanie?” My mother nudged me, her smile not reaching her eyes.

Stepping inside, I glanced around. The model-perfect Swanson house looked heavenly with the white pristine carpet, humongous sparkling chandelier, and glass tables. How did she keep the place so spotless?

Halloween decorations covered the spiral staircase. Fall leaves, pumpkins, and anything that wasn’t considered pagan peeked out between the balusters.

Mom’s ladies auxiliary was meeting in the sitting room. The warm smell of coffee blended with desserts. My mother added her special Oreo cheesecake.

The women’s voices competed with those upstairs.

I looked up, knowing what was around the corner to the right … Hillary’s room.

My hands grew clammy. I pushed back the panic that bubbled deep inside. I’d rather deal with Allison back at my own garage than be around Hillary.

“Hillary’s upstairs.” Mrs. Swanson pointed up. Her huge diamond ring sparkled. “Go on, the others are waiting.”

I started up the stairs, noticing the large sorority picture on the wall. All the women, including Mom, smiled like one big happy family. I knew that after college they stayed in touch and some were on the school board together or had become trustees of the local arts council – something my mother so wanted to be a part of.

I continued up the stairs, past a family portrait of the Swansons, then stopped. Another smaller photo of the sorority group stared back at me. All the women in it were dressed in white. I glanced over the group, finding it hard to believe my mother had been so young at one time.

I frowned. Where was my mother? I couldn’t find her among all the other younger women.
Strange.
For some reason I felt the reason for her absence was important.

I checked myself. It was just a flippin’ photo of a bunch of college-aged women. Mrs. Swanson kept it to remember her “glory” days before Botox and weekend trips to the spa. Mom had a couple of the same pictures herself … but not this one.

As I stared at the photo again, the feeling that something wasn’t quite right grew stronger.

Why had I come, anyway? Did I actually think in a bazillion years she’d want me as a friend again?

Memories flooded back of us giggling over cute pop stars and sharing popcorn at movies. Hillary had been fun then. Maybe she’d forgotten the whole ugly incident. Plus, I really wanted to associate more with people who had a heartbeat.

I turned and walked toward the music coming through the open doorway. A popular rock group sang of forgiveness.

Inside, five girls sat in a circle. In the middle of the circle was Ashley King, dealing some kind of cards. Her thick red hair covered her face. Some others sat around her, giggling. My stomach gurgled. Was I the reason for their laughter?

Okay, reality check. Get over yourself
. As if on cue, Allison’s words of danger screamed in my head.

No, I won’t go there.
Pushing aside that thought, I wandered away from the cards to the other end of the room.

Cura got up and hugged me. “Here, let me get you something.” She grabbed me a plate. “I knew you’d come.”

Good old Cura. Bangs framed her heart-shaped face. She wore the designer pants I’d lent her, the ones that emphasized her tiny waist. We kidded around that the pants had their own kind of magic, something I was hoping would rub off on me.

“Yeah, right.” I took a chip off the plate. Barbecue was my favorite. “What are they doing?”

I pointed to Ashley and the others.

“What?”
I coughed. Crumbs flew out of my mouth.
OMG. How embarrassing.
I wiped my mouth, hoping no one else saw.