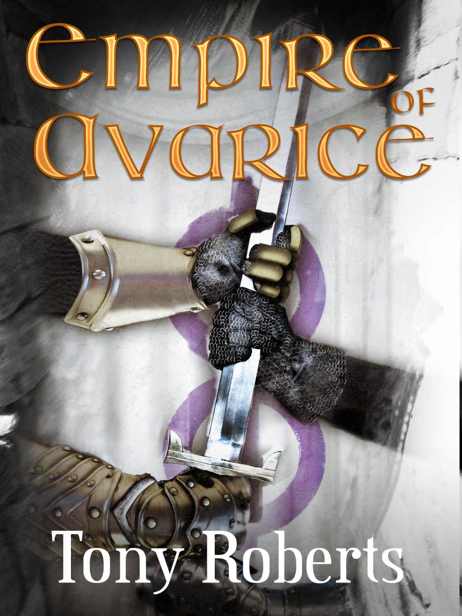 To Pete Ravenscroft, without whose help and dedicated hard
work this would not have been possible, to his wife Lisa, who has come up with
a wonderful piece of cover artwork, to proofreaders Hugh Balchin and Hazel
Skelcher to whom I apologise for hours of eyestrain, and last but not least to
my partner Jane who has had to endure the birth of Kastania for well over a
year, proof read and create some beautiful watercolours for my website.

Argan woke with a start. He could hear voices and it
frightened him. Then he recognised his mother’s and it soothed him a little. Lights
were flickering in the room and his mother was suddenly by his bedside, smiling
down at him. “Ah, you’re awake,” she said softly. “Good. We need to get dressed
and go somewhere now. Can you get up?”

Argan sat up obediently. He rubbed his eyes. “Why,
mother? It’s still dark!” he said, noting the curtains were still drawn over
the single window of his bedroom.

“I know, darling, but it’s really important,” she said. “Your
little brother is up already and dressed. We’re going soon. Get your clothes
on.”

Argan slipped out of bed. “What clothes should I wear? Is
someone important visiting us? Where are we going? Is something wrong?”

His mother laughed at his rapid questions. He was such
an inquisitive boy, but very well behaved. Certainly an asset to any family,
and in these times of uncertainty and political unrest, the future needed to be
in safe hands. Argan would be one for the future – if there was to be a future.
She frowned for a moment, then smoothed her face once more. Tonight was not the
time for doubt, just courage. “Wear your clothes you had on today, they’re not
that dirty. There’s no one visiting us, or anyone else we are visiting; we are
moving home. We’re moving to somewhere bigger.”

Argan hesitated in shrugging his little red coloured
jacket over his head. He didn’t usually bother with unbuttoning his jacket when
he took it off, something his mother and his nurse often chided him about, but
he stubbornly refused to change. “Moving home? At night? Where to?”

“You’ll see,” his mother said, a look on her face that
Argan hadn’t seen before nor could understand. He was too young still to
understand many things, but he learned fast. He could hear his little brother,
Istan, crying out in the corridor, something he often did, and it only added to
his uncertainty. Something was definitely going on that nobody was talking
about, and it was very important. Or so he thought. Maybe he was guessing.

“Where’s father?” He hadn’t heard his father’s deep voice
shouting orders through the house as he usually did. He’d been away many times
in the past but had returned from the latest war recently, excited and full of
hope. Again, nobody had told Argan why, but nurse had said to wait and all
would be revealed very soon. That was one of her favourite sayings.

“Your father is already at our new home, making sure
everything’s fine. We must be quick though, so that everything’s ready and in
place by morning. Come on, slow cart!” she said in good humour.

“I’m ready!” Argan protested, slipping on his felt
leggings and soft leather shoes. “I’m hungry,” he added, looking up at his
mother in hope.

His mother laughed again, taking him by the hand and
leading him out of his room. “Plenty of time for that where we’re going, Argan.
Just you see. Now, you must be a good boy, and say nothing. There are lots of
things going on and there’ll be lots of people, and I would think many of them
will be cheering and shouting and things. You promise me to be good?”

“Yes, mother,” Argan nodded dutifully. He didn’t like
the sound of what she had just said, but he would do as she asked. “I don’t
think Istan will be quiet, though.”

Both looked along the corridor to where nurse, an
elderly woman by the name of Rousa, was trying, somewhat unsuccessfully, to
quell the small child’s tears. Argan could hear other people moving downstairs,
talking and moving things. “Why are all these people here, mother?”

“They are moving our things, dear. Come, let’s go
outside and get a ride to our new home!”

It was hard not to get excited, seeing that his mother
was clearly so. Why this would be, Argan didn’t know, but it wasn’t something
bad or she would have shown it. Outside the night was dark and clouds blocked
the stars and moons, and people were holding blazing torches to light the way. Some
of the people who lived in the same district were standing watching them, all
being kept back by soldiers with spears and big shields, and again Argan
wondered why that was so. Then he saw a familiar face, that of Teduskis, a man
who spoke often of war and soldiers and all the exciting things women frowned
about. And he did a very strange thing when he got close to them. He bowed very
seriously indeed.

Teduskis was old, so it seemed to Argan, although when
he had said so in the past, he’d been corrected and told that Teduskis was not
old. But he looked it. This night he was dressed in his armour and looked very
smart indeed. Teduskis was in the army and was a commander or general or
something, Argan remembered. He often spoke about fighting with Argan’s father
but now it seemed they were both here in the city. Had the war ended?

Argan’s mother smiled gratefully at the soldier. “It’s
good to see you, Teduskis. Is everything ready ahead?”

“It is, your majesty,” Teduskis bowed again, his face
serious. But his eyes were alight with excitement, and, if Argan was older,
perhaps he would have recognised pride and satisfaction there too.

“Thank you, Teduskis. With you in command of the escort,
I’m sure nothing will happen on the way.”

“If anyone tries,” Teduskis touched his sword hilt and
pulled a grim face.

“He said ‘your majesty’ to you, mother,” Argan said as
he was pulled gently by her to the waiting carriage that had halted by their
house.

“But you’re not the empress!”

“I am now, Argan, and you are a prince. Your father is
emperor, as of this evening.”

Argan allowed himself to be seated inside the covered
carriage. He could smell the two equines waiting patiently in front, ready to
pull them on their way. Two richly decorated guards stood by the carriage with
the drover, waiting for the command to set off. “But what happened to the old
emperor and the empress?”

His mother put her finger to her lips. “No more of this,
Argan. Things have changed, and now your father must lead our people. It will
be hard, and you must be a dutiful son and prince. You understand?”

“No, mother, but I’ll try. Where are Amne and Jorqel? Aren’t
they a princess and a prince too?”

This mother nodded, peering out of the carriage window. The
people were clapping politely but there was no enthusiastic cheering. They
looked stunned, as well they might. Only the previous afternoon they were being
ruled by the now deposed emperor, a man they thought was to rule them for many
years, and now they’d been informed it was no longer so. A new emperor was on
the throne of Kastania, and nobody was talking about what had happened to the
old one. Yet another emperor, the fifth since the terrible days of the military
disaster ten years ago that had brought so much evil to Kastania. Perhaps now
things could change. They had to, or else, very soon, there probably would be
no more empire. “Jorqel is away with the army to the west. He is awaiting
father’s instructions, but he sends his love,” his mother looked at Argan and
smiled. “Amne is already at the palace."

“The palace!” Argan sucked in his breath. “Is that where
we’re going?”

“The palace! Oh mother! This is going to be wonderful!”

His mother laughed, and then stopped as Rousa struggled
into the carriage with a squalling Istan. The nurse sat down heavily and let
out a long suffering breath. “I’ll be glad of help in the palace!” she said
with feeling.

“You will have help; we all will,” the new empress said,
and looked out once more as deep voices barked orders and the carriage jerked
forwards into motion and the smartly dressed palace guard, led by Teduskis,
marched alongside, their armour clanging and clinking, their long spears
reflecting the torchlight of the populace who silently watched as they made
their way down the street to the road that led to the palace. Their supporters
would be there, and they would be more vociferous in their feelings, that was
for sure. Nobody knew what each inhabitant of the capital city, Kastan,
thought, or indeed who they supported, but even though all rivals had now been
taken care of, factionalism still existed like an evil cloak resting on the
empire, and it would be hard to shake it off. All it needed was one careless
moment and a supporter of the now vanquished rival factions could undo all
these hard years of work and effort, and it would have been all for nothing.

The Dream Ender by Dorien Grey
Parker Interstellar Travels 4: The Trilisk Hunt by Michael McCloskey
The Spider Truces by Tim Connolly
This Time by Rachel Hauck
Children Of Fiends - Part 2 A Nation By Another Name: An Of Sudden Origin Novella by Harwood, C. Chase
The Knight Behind the Pillar by John Pateman-Gee
Two for the Dough by Janet Evanovich
Island Hearts (Jenny's Turn and Stray Lady) by Grant, Vanessa
Beyond This Time: A Time-Travel Suspense Novel by Charlotte Banchi, Agb Photographics
Devour by Shelly Crane