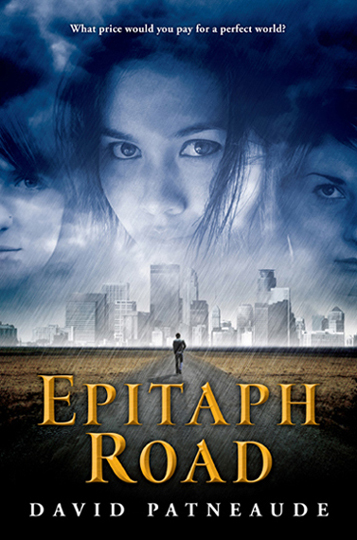 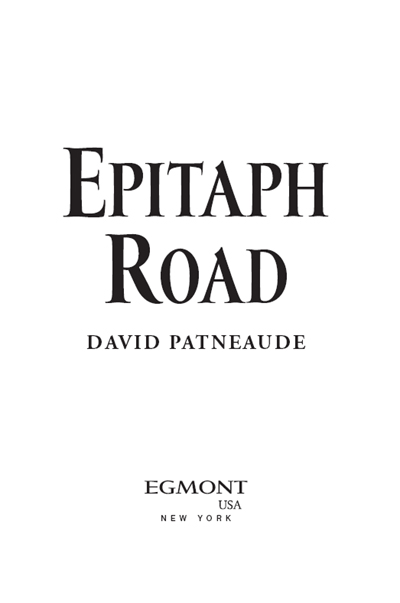 we bring stories to life

Summary: In 2097, men are a small and controlled minority in a utopian world ruled by women, and fourteen-year-old Kellen must fight to save his father from an outbreak of the virus that killed ninety-seven percent of the male population thirty years earlier.

All rights reserved. No part of this publication may be reproduced, stored in a retrieval system, or transmitted, in any form or by any means, electronic, mechanical, photocopying, or otherwise, without the prior permission of the publisher and copyright owner.

To my steadfast writing and running buddy Sydney,

who only occasionally questioned my judgment.

My immeasurable thanks go to the mostly unsung but highly talented people â especially agent Elana Roth and editor Greg Ferguson â who were so instrumental in making this book possible. I also couldn't have written the story without the continued support of my wife, Judy, and the rest of my family, immediate and extended, whose names alone could fill several pages. But you know who you are. And I can't forget to acknowledge the bad guys and buffoons who were partly responsible for inspiring this tale. Last but not least, I want to thank my mom, a world-class reader, who lived almost long enough to add this book to her collection.

And then we can fly to the moon.

Charlie frowned as muted sunlight leaked through the ragged umbrella of evergreen boughs overhead. Someone had discarded a red plastic Coke pouch in the middle of the trail. Under his breath, he gave that someone a name: “Pig.” He stomped the pouch flat and stuffed it in his backpack. Two days into the hike and already one big compartment was crammed with trash.

“What are you gonna do when you run out of room, Charlie?” The loud voice was a clue, but his nose confirmed that his kid sister, Paige â three years younger but constantly mothering him anyway â had closed the gap between them. Her insect repellent was called Morning Coffee; it stank like Midnight Vomit
.
But antibug concoctions â foul or not â were a necessity now. Mosquitoes and their pesky cousins ruled. Their natural predators â frogs, salamanders, snakes, turtles, native fish, birds â were parading toward extinction. In the right climates, in the right seasons, in the right amounts, warmth was a good thing. But the earth, and a lot of its inhabitants, had overdosed on it.

“There's plenty of space in
your
pack,” he said.

“I don't do garbage.” Paige was only eleven â princess age â but when she wasn't being a mother she was being a queen.

“Sure you do,” Mom said, glancing back at them without slowing. “But let's get the litter on our way back. We need to keep moving.” Her voice sounded pinched. She'd seemed stressed ever since daybreak, when she stashed her radio abruptly and announced that they had to break camp right away. Now the radio was out again, clenched in her hand, its earpiece plugged snugly into her ear.

“What's the hurry?” Charlie asked. It wasn't even noon, and no one was waiting for them at the lake campsite. Still covering ground, Mom studied his face. She pressed her hand against his forehead. “Do I look sick?” he said.

“A little pink. Too much sun.” She accelerated, practically speed-walking. Charlie and Paige hurried after her. The trail emptied them into a clearing of sickly die-hard shrubs and grasses. Here and there, rotting stumps clung to parched dirt. Barely pausing to look up, Mom pointed. In a deep crease in a far-off peak, a skinny splotch of snow remained, the dingy disgusting color of a skull.

Paige ignored him. Mom shook her head. They marched on into the next stand of trees, where they came to a lightning downed cedar, its trunk sawed flat to form a long bench.

“Lunch,” Mom grunted. She let her eyes wander to his face again. He'd caught her at it a half dozen times already. How many had he missed?

“Yeah,” Paige said. “Why do you keep
gawking
at
Charlie
?”

Mom shrugged off the questions and her backpack. They sat. Charlie and Paige pulled out flatbread, cheese, and trail mix from their packs and began eating. Mom set down her radio. She'd been obsessed with it since last night, but whenever Charlie asked her why, she ignored him or changed the subject.

The radio sat by her on the log now, earpiece detached, volume low, but he heard what sounded like a newswoman's voice. And there was something unsettling in that voice.

Before Mom could react, he snatched the radio and, twisting away to hold it out of her reach, upped the volume.
Deaths
was the first word he picked out.
Plague
was next. He stopped chewing.

“No continent has been spared,” the woman said in a British accent. Her voice sounded hollow, dreamlike. “Nearly overnight, millions of men and boysâ¦have dropped dead. As I speak, millions more are dying. Their bodiesâ¦are piling upâ¦
everywhere.
”

While she paused, Charlie's imagination broke loose. Pictures swirled in his head. On the radio, in the background, a gentle female voice said, “Go on.”

“Privates and generals, clerics of every stripe, doctors and lawyers and scientists and writers and musiciansâ¦

Dead air. A paralyzing chill held Charlie in place while his mind flew. This must be some kind of hoax. A radio play, maybe.
War of the Worlds,
a hundred-and-something years later. But Mom's stricken face told him it was no hoax, no play. Paige's had lost its freckled color; her eyes overflowed.

“The horror is indescribableâ¦,” the woman said. “The British prime minister is dead, as are most of the members of Parliament. The exception: women. The American president is dead. His cabinet is skeletal.”

“Most of the U.S. Congress are goneâ¦except for female legislators. In nearly every nationâ¦leadership has been decimated.” She sighed and went on. “Anarchy flaresâ¦but flames out. Looters, murderers, barbarians don't live long enough for sustained individual assaults. But the overall effect is unrelenting chaos.”

The woman's words accelerated. “Worldwide, males have tried to flee cities, but highways are impassable. Airports, seaports, railroad stations, bus depots are all shut down. Deadly fights erupt over bicycles and motorcycles and boats. Men have barricaded themselves in their houses and gunned down anyone who gets close to them or their sons.”

“What about Dad?” Charlie asked. Dad had put off leaving home for an extra day so he could finish up a work project, but Seattle â home â would be one of those cities where the ways out would be impassable or shut down.

Mom left his question hanging in the still air, and the newscaster continued. “In every country, emergency services are scarcely limping along. To a large degree they have relied on men, and now there simply aren't anyâ¦.”

Mom and Paige bookended Charlie on the log bench. He felt Paige's tears spill warm onto his shoulder; he heard more words spill from the newswoman. “Medical officials have crucial words of warning: If you're a maleâ¦and you're showing
any
sign of respiratory distress â coughing, shortness of breath â do
not
expose anyone, particularly males, to your symptoms. No one knows how this plague is spreadâ¦but it appears to be airborne, highly virulentâ¦

The newscaster went on. “If you're a symptom-free male, isolate yourself. Females apparently aren't dyingâ¦but they could be carrying. Avoid anyone you see just as you'd avoid a man with a bombâ¦and a wild gleam in his eye. This epidemic seems hellish, but its genesis is organic â a bacteria or virus or â

A faint ominous hum crawled out of the radio. The surrounding forest was hushed, as if even the branches of the trees were listening.

Then he did. “Brahms's Lullaby.”
Go to sleep.

The music faded away. It died. Silence, unbroken, followed.

“That's not real,” Paige said as Charlie searched for other broadcasts. He couldn't get even a whisper on any band â satellite, AM, FM, shortwave.

“I'm afraid it is,” Mom said. She knelt in front of them, grasping their hands. In Charlie's hand, hers felt cold and clammy and small. But strong. Willing him to stay put. She must have seen in his eyes what he felt inside â an urge to take off back down the trail, to see for himself what was happening at home, to find Dad.

Mom shrugged. “We may know soon.”

Charlie repeated his question, previously left dangling: “What about
Dad
?”

“I've been praying he got out before everything went crazy,” Mom said.

“He was supposed to leave home
Sunday
,” Charlie said.
“This morning.”