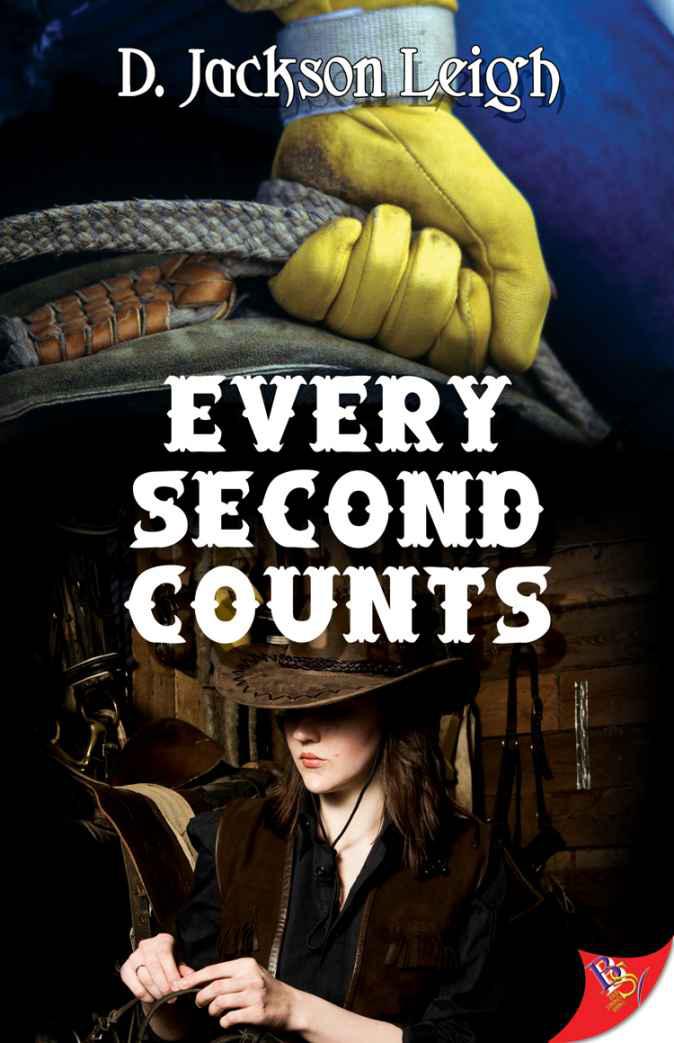 Success for Marc Ryder means riding out eight seconds on the back of an angry rodeo bull. She’s exactly the type of wild and reckless person artist Bridgette LeRoy has avoided since the senseless death of her brother. But circumstances throw them together, and Bridgette is drawn into a tumultuous ride of attraction, passion, and denial. When she realizes it’s the only way to protect her battered heart, Bridgette’s desperate mission to stop Marc’s suicidal return to the rodeo becomes a race in which every second counts.

eBooks are not transferable. They cannot be sold, shared or given away as it is an infringement on the copyright of this work.

Please respect the rights of the author and do not file share. 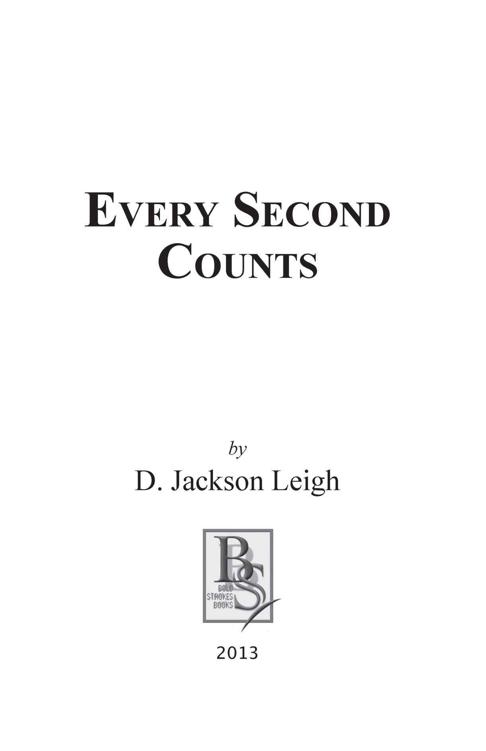 This Electronic Book is published by

This is a work of fiction. Names, characters, places, and incidents are the product of the author’s imagination or are used fictitiously. Any resemblance to actual persons, living or dead, business establishments, events, or locales is entirely coincidental.

This book is special to me for many reasons, but mostly because it takes me back to several beginnings and the people who initially nudged me down this path to being a published author.

We talked about a lot of things during that phone call, but the most important was her question about my intentions. Bold Strokes was interested, she said, in signing and working with authors dedicated to constantly improving their skills. I vowed that I was, and she promised her team would help. Bold Strokes is more than living up to that commitment, and I like to think I am, too—that each book I write is better than the last.

That beginning led me to still another, my association with the very patient and insightful Shelley Thrasher. I trust her implicitly as my editor and count her and her wonderful partner, Connie, as good friends.

My final thanks goes to Angie, who was there at the beginning of it all, to the amazing supportive Bold Strokes family, and to my primo beta readers for
Every Second Counts
—Jenny Harmon, Carol Poynor, and Karen Belmar. Shelley said this is the cleanest manuscript I’ve ever given her. You rock.

I will never forget meeting Tracy and the pride in her voice as she told me both she and her partner were members of the National Guard. She said she was buying my romance novels for Donna, who was currently deployed in Afghanistan. Two days later, Donna and two other Guardsmen were killed by a suicide bomber while on patrol.

This couple’s sacrifice for their country, for all of us, is more than I can fathom and has touched me in a way I can’t fully explain.

My name is Marc Ryder. I ride horses for money.

I started out competing on the Grand Prix dressage circuit, but dressage felt too sedate, too controlled. So I jumped horses at Devon for two seasons, then wandered south and found brief respite from my restlessness on the polo fields of Wellington. The money was good and the competition fun, but I tired quickly of the Florida heat and decided to try steeplechase in Europe.

Steeplechase was exhilarating and reckless. But I was too tall and had to starve myself to be light enough to get the best rides at the top races. And, after a few years, the run-jump-run-jump grew repetitive, too.

Then, standing in Gatwick one day waiting for a flight to a race in Greece, I saw a real American cowboy. I took it as a sign because I am a professional rider. I sometimes ride airplanes to my next adventure.

So, I changed my ticket and managed to get a seat next to the guy. He was a rodeo rider, and we were headed to Texas.

I needed to put on thirty pounds of muscle to ride broncs and bulls, so I was relieved to be able to eat again. The novelty of a woman who could compete and win against the guys got me a lot of attention and several sponsors. I thought I’d finally found my calling until a particularly mean bull won me a long hospital stay and a leg full of metal pins.

That’s how I ended up in the Dallas-Fort Worth airport, leaning on a cane and trying to decide whether I really wanted to board the plane to Cherokee Falls, Virginia. Home hadn’t been on my itinerary for the past twelve years, but my former mentor, Skyler Reese, called to insist I return to the equestrian center to recuperate.

I had plenty of time, so I grabbed my duffel and settled on a bench to people-watch.

That’s when I spotted her. Blond and blue-eyed, she wore the TSA uniform like it was tailored for her. Her shoulder-length hair and manicured nails kept her from being obvious, but something about the way she moved sent my gaydar pinging. I watched her direct the other security officers as they scanned the lines of people for possible terrorists and the carry-on bags for explosive devices.

She obviously was in charge. I like that in a woman.

Veteran flyer that I am, I know what triggers TSA suspicions. I purchased my ticket at the last minute. And, as I joined the impatient crowd filtering through the checkpoint, I pulled my ball cap low over my eyes and kept my sunglasses on. Also, I paused several times to let other people ahead of me. Even a rookie could tell I was maneuvering for the scanner operated by an employee spending more time talking than paying attention to his job. I could feel her watching.

I placed my duffel on the conveyer, threw my change and keys into a plastic tray, then limped forward. She was instantly at my side.

“Could you please remove your shoes and put them on the conveyor belt?”

I stared down at my Tony Lama boots as though baffled and then looked up at her. Her eyes were as blue as the Aegean Sea. I shrugged. “Can’t.”

“Everyone must remove their shoes to go through security.”

“Can’t you just X-ray them on my feet? I’ll hop up on the belt and stick them under the scanner.”

I was hoping for a smile, but her expression remained stoic. “No, I’m afraid we can’t.”

I tapped my cane against the brace wrapped around my left knee. “Pulling this boot off is a problem. I’ve got a bum knee. Can’t bend it.” It wasn’t exactly true, but it sounded good enough.

“I’ll get someone to assist you,” she said.

Damn. I wanted
her
to assist me. Instead, she waved over a baby butch with a clip-on badge that identified her as a trainee. I hobbled to a nearby bench and the girl kneeled to carefully tug off my boot.

Blond and Beautiful held out her hand. “May I see your ID, please?”

I handed over my driver’s license. She looked at it, then back at me. I thought I saw her eye twitch. She was having difficulty hiding her impatience.

“Would you please remove your glasses and cap, Mr. Ryder?”

I pulled off my cap and released my shoulder-length dark hair that had been tucked under it. Then I moved my sunglasses to a perch on top of my head and gave her a grin I knew would show off my dimples. Women love my dimples.

Her attitude changed from challenging to curious. “I apologize. Your license says Marc Ryder.”

“My mother named me something awful, so I had it legally shortened to Marc when I turned eighteen. But everybody just calls me Ryder.”

“Wow! You’re Marc Ryder?” Baby Butch had returned from putting my boots on the conveyor. “Man, ESPN showed that bull stomping on you about a million times. When he tossed you up in the air…wow! Can I get your autograph? My friends are never going to believe I talked to you.”

The kid obviously hadn’t been trained yet in how to maintain that aloof TSA professional cool, so I held out my hand. “You have a pen?”

She patted her pockets but came up empty. Blond and Beautiful was using a nice black felt-tipped fine point to write my driver’s-license number on her clipboard and Baby Butch stared hopefully at it.

She reluctantly handed over the pen, and I scribbled my name across the bill of my cap that read E
VERY
S
ECOND
C
OUNTS
and handed it to Baby Butch. “Here ya go. I get these things free from one of my sponsors.”