Read Gypsy of Spirits: Prequel to So Fell the Sparrow Online

Gypsy of Spirits: Prequel to So Fell the Sparrow 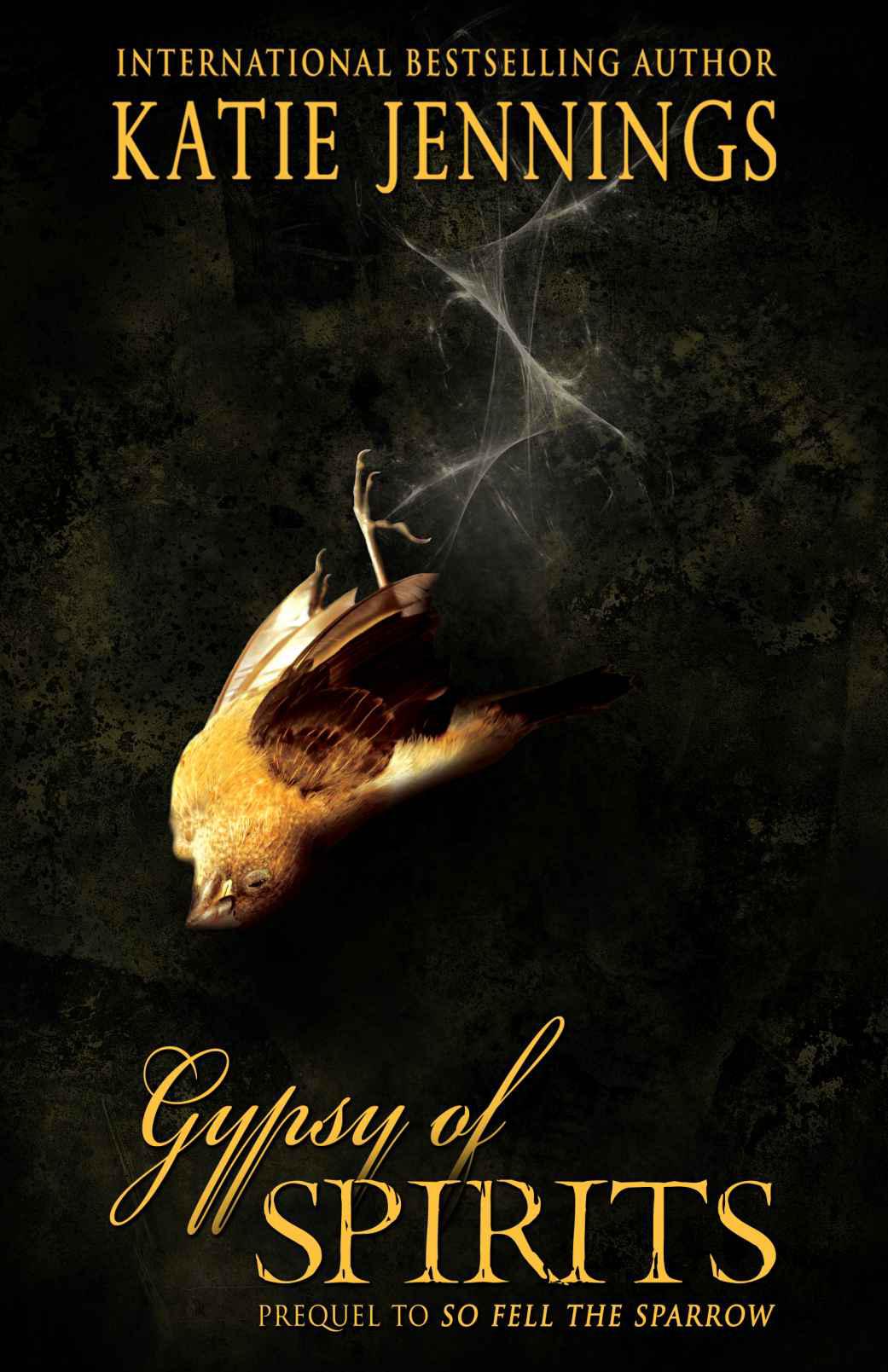 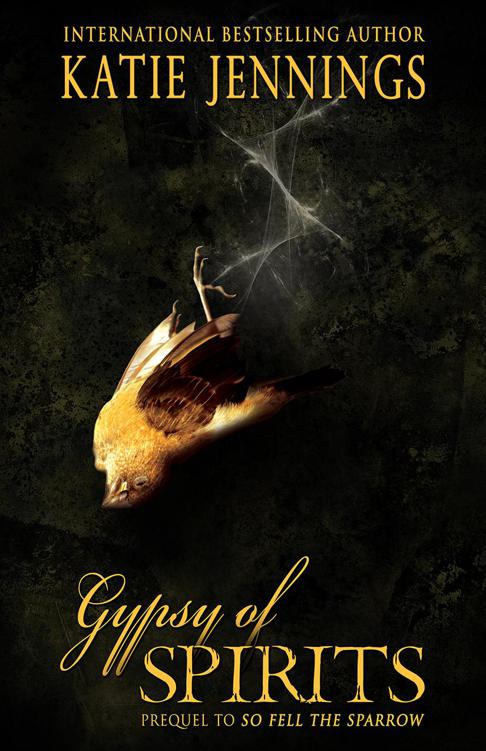 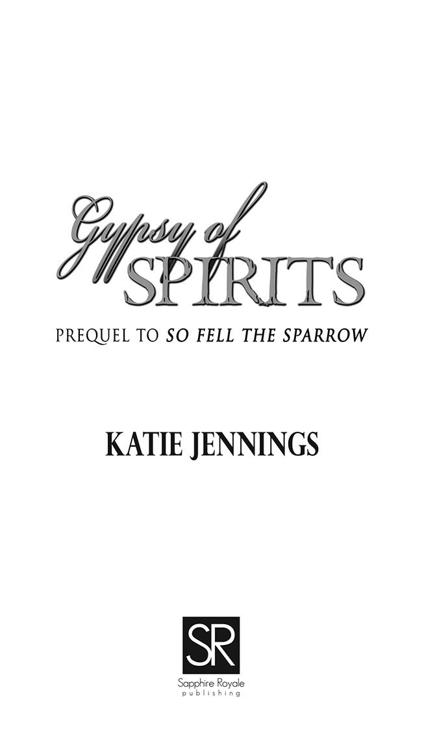 All rights reserved. Except as permitted under the U.S. Copyright Act of 1976, no part of this publication may be reproduced, distributed, or transmitted in any form or by any means, or stored in a database or retrieval system, without prior written permission of the publisher.

This book is a work of fiction. The characters, incidents, and dialogue are drawn from the author’s imagination and are not to be construed as real. Any resemblance to actual events or persons, living or dead is entirely coincidental.

“
The beauty of this country is becoming part of me. I feel more detached from life and somehow gentler. I have some good friends here, but no one who really understands why I am here or what I do. I don’t know of anyone, though, who would have more than a partial understanding; I have gone too far alone. I have always been unsatisfied with life as most people live it. Always I want to live more intensely and richly
.” 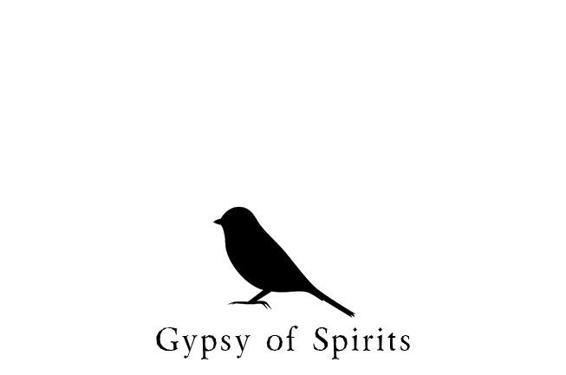 ON THE DAY
she was born, the world knew her as Mary Jacqueline Hart. When she ran away from home, she simply became Jackie.

She belonged to no one and everyone at the same time. Her favorite song was about a girl who talked to angels; her preferred vice a rich glass of elderberry wine. She craved the moonlight over the sun and carried a weathered copy of the Book of Psalms in her pocket.

Home was a place she never truly found, though she gave up searching long ago. Instead, she made each new destination her temporary home. And as she traveled, the only constant that remained was her gift. Her sight. Her ability to talk to the dead.

The fire red Jeep she drove took her into the Ozarks, winding aimlessly through the endless rolling hills. With the top down, the cool night air swirled around her. It brushed her dusted-gold skin like a sweet caress and sent her long, ebony curls flying across her gypsy face. Her dark eyes filled with a peace that only the open road could give. She smelled the trees of the forest, the rusty cedar and the licorice aroma of sassafras. It blended with the cool, mineral scent of a nearby creek running fast with mountain water.

The clear sky rioted with stars; millions of them dotting the expanse of sapphire. There was no one for miles around. Not a single car, home, or any sign of life at all.

She didn’t have a destination. None that she knew, anyway. She simply drove on, content that fate would take her where she needed to be.

Reaching behind her into the backseat, she scratched the fur of her dog, Gatsby. He licked her hand, then yawned and went back to sleep. He had the soft tan and white coloring typical of a corgi and the sweet personality to accompany it. She’d rescued him from the streets of San Francisco as a puppy five years earlier, and since then he’d been her best friend.

Though she considered herself wealthy in friendship, she never let anyone get close enough to truly know her. Long ago, she’d learned a valuable lesson about trust. It ended with her understanding that she needed nothing and no one but herself to be content. To be free.

She came around a swooping bend, the towering trees leaning over the road on both sides like a canopy. Her headlights caught the leaves and branches and cascaded over the aged, tired asphalt. As she pulled out of the curve, she spotted a young woman in jeans and a white T-shirt walking on the side of the road.

Before she had a chance to slow down, she’d passed the woman. One glance in her rearview mirror, and she was gone.

Behind her, Gatsby let out a low growl.

Jackie depressed the brake slowly then looked to her right. Sitting in the passenger seat was the young woman, her shoulder length blonde hair tangled and in disarray. Her hands were clasped together tightly in her lap, the jeans she wore tattered and stained with blood. A vivid bruise bloomed over the pale white skin on her neck. Haunted blue eyes stared at Jackie in shock.

“Can you see me?” the young woman whispered in a soft southern lilt. She blinked back tears.

Jackie nodded, absorbing the waves of confusion and misery that clung to the girl like an overpowering perfume. She might have been sixteen, maybe seventeen, practically still a child.

“Am I dead?” The girl’s question ended on a sob, as if she knew the horrible truth.

Jackie let out a long, measured breath. She turned her eyes back to the road and continued to drive. “Yes, darling.”

“People often don’t,” Jackie told her, sympathy in her voice.

The girl shook her head. “I’ve been wandering down this road for a long time. You’re the first person to see me.”

Jackie attempted a smile. “You are not my first.”

“They are all around us.” Jackie glanced over at her with bright eyes. “You are not alone, Rachel.”

The girl trembled with a visible shudder. “How do you know my name?”

“I read about you in the paper when I stopped in Gainesville,” Jackie explained, recalling the quaint diner she’d enjoyed before hitting the road. “A year ago today, you lost control of your car and rolled into a tree.”

Tears fell silently down Rachel’s face, and she rubbed at her neck. For a long moment she said nothing. Jackie drove, not minding the company. In the backseat, Gatsby decided the girl was not a threat and fell back asleep.

When Rachel spoke, her voice was hollow with fear. “What am I supposed to do now?”

“I don’t know, darling. Maybe seeing your family again will help guide you on.”

“Will you take me to them? It’s just up the road a ways.”

With a kind smile, Jackie nodded. “Of course.”

Rachel’s face lifted with a small hint of joy at the thought, though sorrow still weighed her down. She tried to reach out and touch Jackie’s hand, only to wince as her ghostly fingers passed right through Jackie’s solid ones. Another sob built in her throat, but she fought it back.

“So…who are you? How come you can see dead people?”

Jackie could tell the girl wanted to distract herself. “I go by Jackie. I’m a medium, which means I can communicate with spirits.”

“As real as you are sitting here beside me,” Jackie mused, eyeing her serenely. “There is so much more to this world than black and white, dead and alive. When we die, we do not just vanish. We live on.”

Rachel fiddled with the frayed tears in her jeans. “Have you always seen people like me?”

“I saw my first spirit when I was six years old in my hometown of Saginaw.” Jackie smiled, the memory sweet. “I was playing hopscotch with some friends, and I saw an older man standing in the street nearby. He was staring around, lost and confused. When I pointed him out to my friends, they laughed at me. They didn’t see him. So I walked up to him and asked who he was. He looked at me much the same way you did, with complete surprise. No one had spoken to him in the twenty years he’d been wandering around the street even though he’d tried to get people’s attention. He didn’t understand that he was dead until that moment. Then he thanked me, turned around and disappeared.”

“How did he die?” Rachel’s eyes were on her, filled with wonder.

“He’d had a cardiac arrest while crossing the street in 1970. He was dead before he hit the ground.”

“Did you start to see more of them?”

Jackie’s hands tightened on the steering wheel. “Many, many more. I saw children at school raising their hands and never getting called on. At the little market where we bought fresh eggs I saw a young woman crying in the corner. I even saw spirits in my own home; a young boy and his father. They were killed in the 1940s when a fire broke out and destroyed most of the home.”

“The boy became somewhat of a friend to me,” Jackie said, that old ache returning to fester in her heart. Not a day went by that she didn’t miss him. “His name was Henry. He shared my room, and we would play hide-and-go-seek together, share secrets, tell stories…”

Jackie nodded, though a lone tear fell from her eye. Her hand came up to grasp the small, silver cross she wore around her neck. “It was for awhile. Until my father found out.”

Her fingers tightened around her necklace, the points of the cross digging into her skin. “He tried to exorcise me.”

Jackie let out a long breath, her hand finding the steering wheel again. “Yes, but that came later, when I was thirteen. You see, my parents both came from very long and very old bloodlines of strict Catholics. Italian on my father’s side and Spanish on my mother’s side. When I was very young my mother died of cancer. I was an only child. From that point on, my father raised me to be the model of Catholic perfection. Of course, his idea of perfection did not include speaking to the dead. Or, as he believed, speaking to demons.”

“They exist, though at the time I was not in contact with any,” Jackie explained, shrugging. “I was simply a child delighted with a gift that in my eyes was bestowed upon me by God.”

The Desirable Duchess by Beaton, M.C.
Fortunes of War by Stephen Coonts
Terminated by Rachel Caine
Enemies of the System by Brian W. Aldiss
Stars So Sweet by Tara Dairman
Vengeance 10 by Joe Poyer
The Grass Tattoo (#2 - The Craig Modern Thriller Series) by Catriona King
Every Day is Like Doomsday by Selena Jones
The Scenic Route by Devan Sipher
The Aviator's Wife by Melanie Benjamin