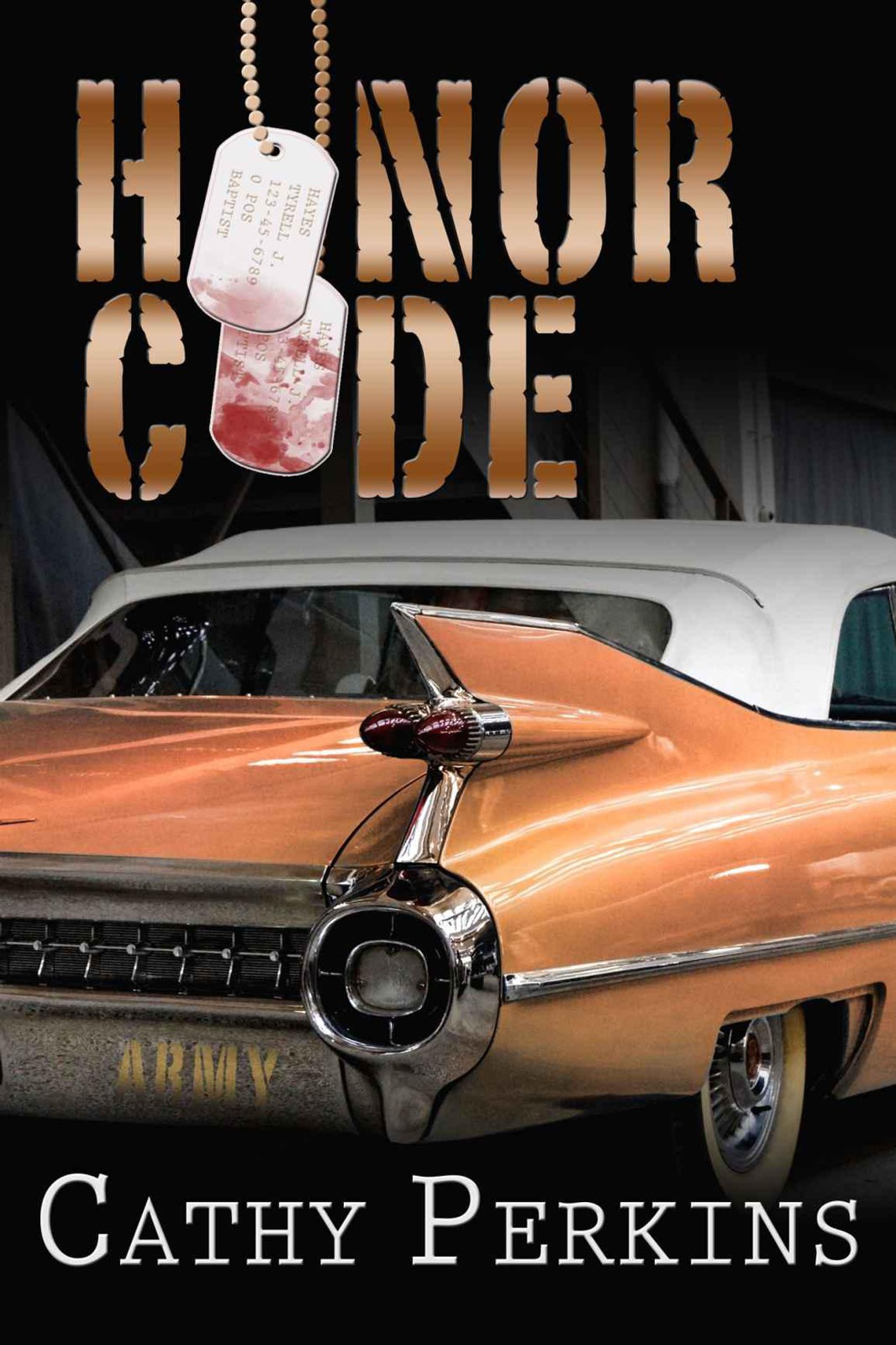 In a small southern town where everyone normally knows each other’s business, veteran detective Larry Robbins must solve the disappearance of eighty-year-old widower, African-American George Beason.

When evidence arises that Beason may have left town on his own, it would be easy for Robbins to close the case, but his gut instinct tells him more’s at stake. As he uncovers clues about Beason’s deceased wife and his estranged daughter, Robbins must untangle conflicting motives and hidden agendas to bring Beason home alive.

Includes bonus material – an excerpt from
The Professor
, a mystery by Cathy Perkins

The old man startled at the noise.

Forehead furrowed, he struggled to place the sound, but heard only the familiar ticks of the house.

Darkness pressed against the windows, shrinking the pool of light cast by his reading lamp. Shadows lurked in the corners of the room and spilled from the kitchen.

He fumbled his glasses on and squinted at his watch. After midnight. He’d fallen asleep in the recliner again.

A loose shutter. His shoulders loosened.
That’s good. Get Jarad to fix it. The boy needs a job. Somebody to teach him the value of work.

He moved his Bible from his lap to the side table and pushed the lever to lower the footrest. It creaked along with his knees. Everything in the house creaked. The furniture, the floor, him.

He stretched. Pushed long arms and gnarled hands as high as he could reach.

Dog raised her head and turned eyes filmed by cataracts toward the kitchen.

“You hear something, girl?”

A tinkling sound of breaking glass answered him.

The old man sat up, his stretch forgotten. A broken window was a different story.

The back door opened, a familiar rasp.

“Who’s there?” He shuffled toward the rear of the house.

A figure appeared, darker than the kitchen’s shadows.

The old man sighed and shook his head. “We already talked about this.”

Dog growled. A low guttural note that raised the hair on the old man’s neck. “You go on home.”

“No.” Anger sparked in the rigid set of shoulders.

“You put that down.” The old man took one step back, then stopped. Wouldn’t do to show weakness.

The figure rushed forward. “Give them to me.”

Dog surged past him, the growl a deep-throated snarl.

Detective Larry Robbins stopped the unmarked in front of a small wood-frame house. He checked with Dispatch—right house—as if the Newberry, South Carolina patrol car parked out front hadn’t clued him in. After working these neighborhood for over twenty years, he recognized the street. Used to be a nice place. Poor. But nice. Now it was transition houses, sliding from bad to worse, as the old people died. Scum moving in dragged the area down even faster.

He wasn’t sure why he was there. No obvious violence. No one yelling. No one in the back seat of the patrol unit. Dispatch had said the on-scene officer requested assistance. He’d half expected a domestic or a drug bust.

The patrol officer, a veteran Robbins recognized named Ellis, stood on the porch with an older African American woman.

He climbed from the vehicle. “Miz Rose?”

He’d picked up and dropped off dozens of foster kids with her over the years. ‘Course he’d picked up a fair percentage of them again later and hauled their asses to jail. But that had been at the bungalow next door. Not the shotgun house in front of him. A hold-over name, the term referred to style, not violence. The house’s rooms lay in a straight line, one behind the other, with a central doorway leading into the next room. Story was, you could shoot at the front door and the buckshot would fly out the back without touching the walls. The houses were all over the South, usually in poor neighborhoods because they were cheap to build.

“Everything okay with…” What was the kid’s name? Child Services had taken the toddler from her drug-addicted mother. A mother who fed her addiction before feeding her child. He’d accompanied Child Services, bringing the little kid, big-eyed and clutching a new teddy bear, to Rose Nelson’s sanctuary.

Another older couple stood on the porch across the street and Robbins was aware of other eyes at windows, behind blinds. The visible ones seemed more concerned than angry or afraid. He wondered if the hidden eyes had something to do with the Newberry cop’s presence.

He headed up the driveway. “What’s the problem?”

“Maybe you can talk some sense into him.” She tilted her head at Ellis.

He shifted his attention to the patrol officer.

“Guy’s gone,” Ellis summed up the situation in two words.

“George Beason wouldn’t just go off in the middle of the night. And he shore would’ve told me he was going if he did leave.”

Rose Nelson wasn’t given to wild flights of fantasy. She looked at the cold face of reality every day. That she chose to meet it with love was a different story. “He left last night?”

“Must’ve. He always up early, out on his porch reading the paper. I went down to the store at ten and his paper’s still sitting on the stairs.” She pointed at the steps he’d climbed. “I knocked on the front door and he don’t answer. I went ‘round to the back and seen the window on the door broke in. That’s when I called the police.”

Ellis took up the tale. “I responded to a welfare check request. Mrs. Nelson indicated her neighbor, Mr. Beason, had not been seen in his usual routine. I found the rear entrance unlocked and entered the residence. Mr. Beason is not present in the home.”

Robbins fingers rose to his breast pocket, before he remembered he’d quit smoking.

“Miz Rose, you said he ‘wouldn’t go off in the middle of the night.’ Did you hear him leave last night?”

“No. But his car be gone. It was here yesterday.”

“What kind of vehicle does he drive?” Ellis asked.

“A fine Cadillac. He takes real good care of it.”

“Gold-colored Eldorado?” Robbins asked. There were a number of the one-time luxury automobiles in the poorer neighborhoods. The gold one always looked freshly washed and waxed. He’d seen it plenty of times, parked behind the old man’s store.

“That’s right.” She didn’t look surprised. Newberry had about ten thousand residents. Most knew at least half the people—and their cars—and recognized the rest.

“What makes you think he didn’t go visit a friend?”

She shook her head. “He don’t see too good at night. And he don’t like driving on the highway. Said things moved too fast. Only times he drives is to church or the store.”

“Family?” Ellis produced a notebook from his kit.

The military. The time-honored way out of small towns everywhere, but no guarantee of coming home again. Robbins had used the army to get out of Gaston—population 674. Somehow he’d ended up a Military Policeman, a profession he’d used the GI Bill and a degree in Criminal Justice to continue when he finished his tour.

“One daughter’s over to Marion. She has a fine job with the college. The youngest one, she moved. She don’t come around much. The middle one… Lord, I don’t know about her.”

Her hand rose and traveled in a wide circle. “They all over. Atlanta. Greenville. North Carolina. Great-grands, too.”

Why was he here? Robbins wondered. Ellis could handle a missing person report, if that’s what this was.

“Miz Rose—Mrs. Nelson—we appreciate your concern, but there’s no law that says Mr. Beason can’t drive off in his car without telling anyone. Now if there’s a medical condition…”

“He don’t have Old Timers disease, that what you asking? Something happened to him. His back window’s broke. He’d had that fixed. He wouldn’t leave something like that.”

He glanced at Ellis. The officer nodded. “The window’s broken.”

“Crime of opportunity?” Beason’s place looked a little nicer than some of his neighbor’s, but Ellis could handle a simple burglary.

“Could be.” Ellis cut his eyes toward Miz Rose. “If the guy’s old, he might not have been able to fix it.”

“Ain’t nothing George Beason wouldn’t make right.” Miz Rose folded her arms and fixed both men with the no nonsense expression Robbins had seen her use on her foster kids.

“There is something I’d like you to look at,” Ellis said.

Finally. The reason the guy had called for him.

Robbins smiled at the old woman, appreciating there were still people who looked out for their neighbors. “We can file a missing person report, but unless we have reason to believe he’s in jeopardy or has a medical condition, there’s a limit on what we can do.”

She knew the rules for children, probably better than he did. Robbins had handled more than one AMBER Alert for a child who ended up settled at her house afterward, until the dust settled a bit at home.

Adults were a different story.

“Diabetes? Blood pressure?” he asked. Any of the old age ailments.

“Mrs. Nelson, if you hear from him, or see his car, you give me a call.” Ellis slid his notebook back into his pocket.

She focused on Robbins rather than the uniformed officer. “You gonna look for him, right?”

“We will,” he promised and followed Ellis inside the house.

The front door of the shotgun house opened directly into the living room. Sofa on the left; recliner on the right. Ancient television in the corner. The door straight across the room led into a bedroom. The kitchen stood right in line beyond it.

The place was a shambles.

Robbins scanned the space. The table beside the recliner was overturned; the lamp broken. That was it for actual damage, but the rest... He’d seen plenty of trashed out residences over the years. This one wasn’t very different. Drawers and cabinet doors hung open. Books, papers, photos and junk littered the floor and shelves.

The room wasn’t dirty, though. It had been tossed.

In a hurry, with no effort to disguise it.

He stepped to the middle of the room and turned a slow circle. “Somebody looking for …what?”

“First thing I thought was drugs. We got some old people supplementing their Social Security selling oxy tabs. Nothing indicates the old man was using or dealing.” Ellis shrugged. “Beason probably got scared after the break-in and took off.”

“Could be. He’ll turn up at a relative’s house.”

“There’s one thing.” Ellis led the way into the bedroom. As soon as they neared the door, a musty odor of old man, old dog and fresh urine hit Robbins.

The Family Greene by Ann Rinaldi
No Sweeter Love (Sweeter in the City Book 3) by Olivia Miles
Larger Than Lyfe by Cynthia Diane Thornton
The Greek's Unwilling Bride by Sandra Marton
Stealing Shadows by Kay Hooper
Trap House by Salaam, Sa'id
Aftermath by Charles Sheffield
Have Mercy (Have a Life #1) by Maddy Wells
At The King's Command by Susan Wiggs
Thomas Godfrey (Ed) by Murder for Christmas