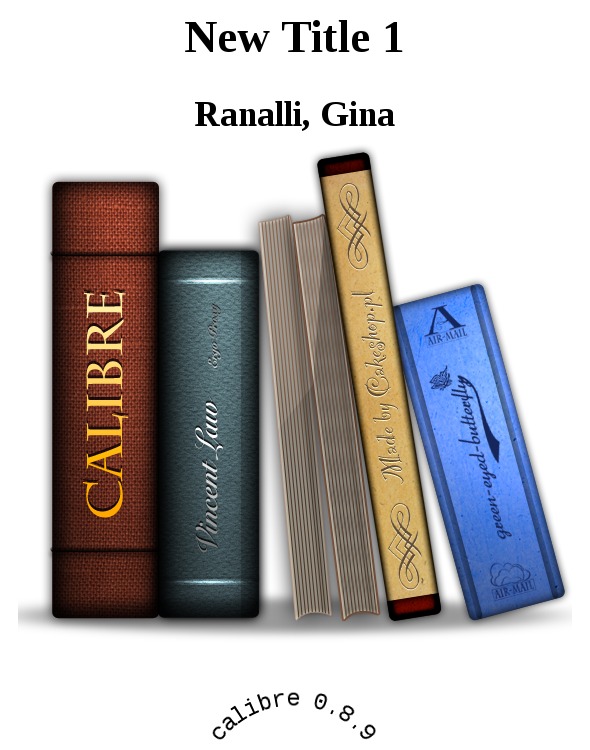 Suicide Girls in the Afterlife

Winner of the Wonderland Award

This book is a work of fiction.

This is a work of fiction. Names, characters, places, brands, media, and incidents are either the product of the author's imagination or are used fictitiously.

No part of this book may be reproduced, stored in a retrieval system, or transmitted by any means without the written permission of the author or publisher.

The woman held the phone receiver in both hands, as if she feared dropping it, pressing it to her ear hard enough to hurt.

“
You can’t mean that,” she said, her voice trembling. “You don’t mean that!” She paused, listening, then screamed, “Well, fuck you too, you fucking bastard! I knew as soon as you got what you wanted, you’d leave! I hate you!”

She slammed the phone back into its cradle, then rose from the floor of her living room where she’d been sitting. She looked down at the phone and considered kicking it, but her feet were bare and she didn’t feel like breaking it. That would have only made things worse.

Instead of screaming, which is what she really felt like doing, she burst into tears and sagged against the wall, covering her face with her hands, as though ashamed of crying. She sank into a sitting position, and curled sideways, her head against the wall, which cooled her burning cheek and forehead.

The wall felt so good. Cool and strong and comforting. She raised a hand and ran her fingertips across the wall’s rough surface. The feel of it soothed her and before she even realized it, she was no longer crying. She felt the wall with both hands. Her palms rejoiced and she smiled, the tears not yet dry on her cheeks.

Getting to her feet, she pressed her entire body against the wall, arms and legs spread wide and far. It was a big wall, about six feet across and easily twelve feet high, due to being in her sunken living room. The wall would have continued horizontally but for the door that lead out to the back yard.

No matter. The wall was perfect just as it was. The woman was suddenly glad she’d never decorated this particular wall with some boring old painting or tapestry. Decoration would have only demeaned the wall, make it embarrassed and too effeminate, like a man who wears jewelry. The woman despised men who wore jewelry.

Pressing her body to the wall made her feel strong again, made her forget all about that asshole Troy who had just dumped her. She knew she never should have fucked him, especially on the first date, but he was so masculine and irresistible.

Well, now she was paying the price for her stupidity. Now she was wiser and next time she would make a man wait until
she
was ready to do the humpty hump.

But, who knew when that would be? For now, she was perfectly content with her wall.

Since it was Saturday, her normal cleaning day, the woman set about her chores with a spring in her step and a smile on her face. She didn’t know why this would be true, having just been dumped the previous evening, but it was true and she was not about to argue with being happy. Only a fool would do that.

So, she went about doing the dishes and folding the laundry, both chores she normally hated but for some reason, today she didn’t mind it at all. When it came time to dust the living room, she hesitated on the threshold, one hand holding the duster, the other caressing her lower lip, like a nervous school girl. Then her smile widened and she went down. She knew why she was grinning like a fool but couldn’t help it.

She did her best to avoid looking at the wall, but every time she saw it out of the corner of her eye, her smile grew wider still and she had to turn her face away quickly, a blush coloring her cheeks.

Dusting as fast as she could, she finished quickly and then raced from the room, relieved to be done with that particular chore. But, of course she’d have to return to the living room to fluff the pillows on the sofa and chairs, not to mention vacuum the rug.

She tried not to think about it. Thinking about it made her nervous, it made her palms tingle and her belly do somersaults like an excited little child, learning to tumble for the first time.

When she had cleaned every other part of the house and could no longer avoid the living room, she took a deep breath and ran her fingers through her hair, trying to neaten it as best she could. She didn’t want to look like a slob in front of the wall, but she also realized that it couldn’t be helped. She
was
in cleaning mode after all, wearing old sweatpants and a T-shirt advertising Rolling Rock beer.

Simultaneously nervous and excited, she plunged down the three steps into the living room and got to work, once again doing her best to avoid eye-contact with the wall. Eventually, though, it became unavoidable, as she had to vacuum the floor directly in front of the wall’s feet. When she got to that part, she was calmer than she expected to be and slowed her pace significantly, moving the vacuum back and forth leisurely, being careful not to bump the wall’s baseboard. She smiled shyly at the wall, her eyes fluttering without her even realizing it.

“
I’m sorry I’m such a mess,” she shouted over the sound of the vacuum. “But, it’s cleaning day. What are you gonna do, right?”

The wall made no response, but she giggled and dropped her eyes to the floor, happy because she knew the wall didn’t care what she looked like, didn’t care that her hair hung in stringy tangles and she was wearing dumpy clothes. Didn’t care that she wore not a single smear of makeup.

It was then that she knew she was already—against her better judgment—falling in love with the wall.

That night she decided to eat her dinner downstairs in the living room. She made a simple meal—macaroni and cheese and hot dogs—and brought out the TV tray so she could eat comfortably and watch a movie.

As the meal progressed, she began to feel more and more uncomfortable about eating in front of the wall. Eventually, she put her fork down and looked at the wall straight on. “I feel so stupid,” she said. “It never even occurred to me that you might like to share my dinner. I’m such a knucklehead sometimes.”

Looking down at her plate, she saw that she was almost finished and that made her feel a little sad and even more foolish. She picked the plate up and held it out to the wall. “You’re welcome to it,” she said and tried to smile.

Quickly, the smile slipped from her face and she put down the plate. “I’m sorry,” she said, without looking up. “I feel terrible.”

She put the plate aside and tried concentrating on the movie, but the situation was just too awkward. She turned the TV off. “I guess I’m just too tired from all that cleaning,” she lied. She stood up with the plate, regarded the wall with regret. “Well, I guess I’ll just say goodnight then.” She stared at the wall. It stared back and made no response. “Ok,” she said. “I’ll see you tomorrow. Goodnight.”

And she sadly trod up the stairs, put her plate in the sink and then went to bed. She spent the night tossing and turning, wondering how on earth she could have been so unthinking. It would be a miracle if the wall wanted anything to do with her again after the awful display of rudeness that she had shown.

She prayed the wall would forgive her and vowed to make it up to him tomorrow. She would make it a very special day for the wall. He would see. And after that, he would have no choice but to realize how sorry she was and he’d have to forgive her.

The following day, she was up bright and early, showered, put on her best dress—the yellow one with the purple flowers—applied makeup and did her hair the way she knew most men like it: thick and wavy and able to be tossed over her shoulder or tucked behind an ear, especially to convey a deep interest in what they were saying. Deep listening. That’s what that gesture meant to men and there was no denying that most of them found it incredibly sexy.

Once she was ready, she stood at the top of the stairs, looking down into the living room at the wall. “Hey you,” she said with a smile. “I have quite a day planned for us.” She waited a moment, then said, “No, it’s a surprise. You’ll see.” She grinned at the wall, gave it a coy little wave and then spun on her heels, causing her dress to twirl sexily.

First, she went to the museum and, handing her digital camera to strangers, asked them to take photographers of her with various paintings and sculptures, especially the ones she knew Wally would enjoy. She spent well over an hour in the museum, getting several shots of her posing beside a Pollock painting.

It was such a lovely day, bright, clear and warm. Though it wasn’t in her original plan, once she left the museum, she drove over to her favorite park and walked among the public gardens, again having people take her picture in various places and with various objects, the main one being the beautiful cherub fountain that decorated the center of the park, all four little cherubs peeing into the sky.

When she was certain no one was looking, she snapped a few of the roses and surreptitiously tucked them into her purse, being as gentle as she would have been with a newborn chick.

She tried to think of what else Wally would enjoy. A movie? Probably a sports event but as far as she knew, there were none happening in the city that day.

With no other options, she chose the movie, opting for an action-adventure flick. She was sure Wally would enjoy it.

When she returned home, she was carrying Styrofoam boxes and called down into the living room: “Hi, sweetie, I’m home! You wouldn’t believe what a fabulous day we had! I can’t wait to show you the pictures.”

She set to the task of getting out plates and silverware, a wine glass for herself and a nice frosty mug for Wally. “Oh, you can wait a little longer,” she called as she filled their plates with lasagna from the best Italian restaurant in town. “Of course you can, Wally. Don’t be so impatient!”

She cocked her head, listening. Setting down the utensils, she smiled a little, then grabbed her purse off the counter. She found her favorite blue crystal vase, filled it with water and arranged the flowers just so inside it. Once she was satisfied, she brought the vase downstairs, flicking on a table side lamp as she went. “Ok, Mr. Impatient, here’s your one treat before dinner.”

Lethal Passage by Erik Larson
Teaching the Dog to Read by Jonathan Carroll
At the Edge of the Game by Power, Gareth
Women of a Dangerous Age by Fanny Blake
Lisa: April (Mystic Zodiac Book 4) by Walker, Brandy
Outsider in Amsterdam by Janwillem Van De Wetering
Twisted Together (Monsters in the Dark) by Winters, Pepper
Sleeping With Paris by Juliette Sobanet
Heroes (Hollywood Heartthrobs #1) by Kate Rivers
This Can't Be Happening at Macdonald Hall by Gordon Korman