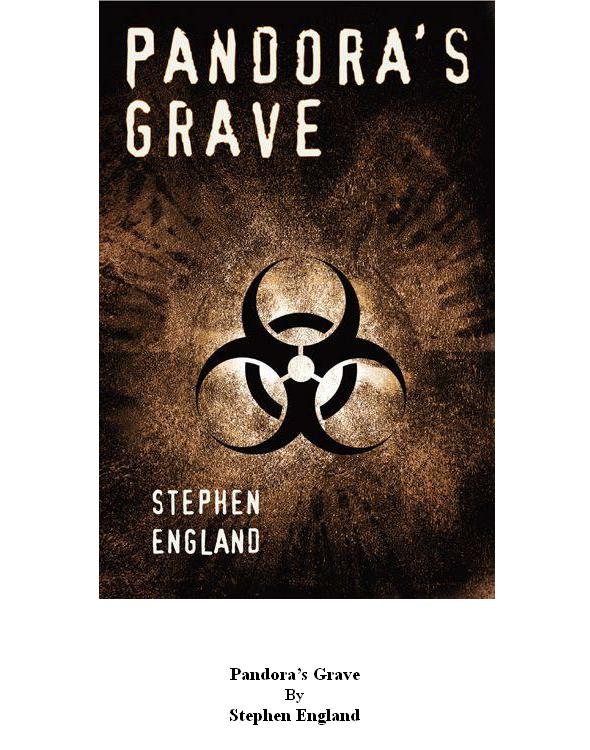 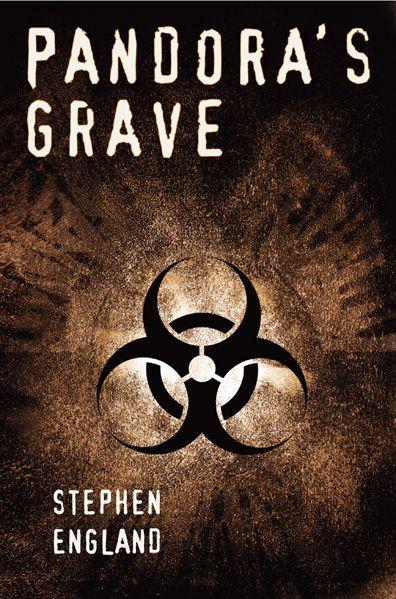 Scripture quotations are taken from the King James Version of the Holy Bible.

All rights reserved. No part of this publication may be reproduced, stored in a retrieval system, or transmitted in any form or by any means—electronic, mechanical, photocopy, recording, or any other—without the prior written permission of the author.

This is a work of fiction. Names, characters, places, and incidents either are the product of the author’s imagination or are used fictitiously, and any resemblance to actual persons, living or dead, business establishments, events, or locales is entirely coincidental. Views expressed by the characters in this novel are their own, and do not necessarily reflect the views of the author.

To the men and women of the real National Clandestine Service, “rough men” standing watch in the night. Your service is devoid of glory, but not of honor, and this country is safer because of your sacrifice. It is to you that this book is dedicated. God bless you all.

DCIA—Director of the Central Intelligence Agency

DCS—Director of the National Clandestine Service

Exfil—Exfiltrate, the reverse of infiltrate

Silence. Unearthly silence. Silence unbroken except for the shrill cries of the carrion birds, the vultures circling in the sky. Circling lazily over a city that had once been the home of thousands, the pride of the East. Rhodaspes.

The old man sighed. Rhodaspes. She was renowned through history as a city of trade, a city of great kings. The unconquerable. In the days of his forefathers, she had stood against Alexander, the Romans, finally the hordes of Mohammed that had overrun the lands to the south. She had withstood them all, stood tall and proud.

In his own time, the city had defied the onslaught of the barbaric horsemen from the Far East, watched as they swept around the city like waters round a rock, passing them by. They had not fallen. They had remained, a bastion of pride, a bastion of faith. For the old faith of Zoroaster had not yet died in these mountains. His own name, Adar, meant “fire.” It was a tribute to the gods.

The last fire temple remained within their walls, the only one that the Mohammedans had been unable to destroy. Yes, they had withstood many onslaughts in their history. And they had always been triumphant in the end.

He pushed open the door of his house, gazing out into the deserted streets, the streets that had once rung with shouts of laughter, the bustle of merchants. The streets where he had once played as a child, so many years ago.

He was the last. The last of Rhodaspes. The last of his people. It was a strange feeling. He hoisted the small sack on his shoulder and went around to the side street, where his horse stood waiting. In days past, his servants would have saddled it for him, but those days
were
past. They were all dead, now. Just like everyone else. The stench of death filled his nostrils as he mounted his horse, kicking it into a slow trot as he rode toward the city gates.

Dead. It had all started only a few months before, three to be exact. It seemed impossible that such devastation could have been accomplished in so short a time, but it
had
.

And it had all been because of one man. A stranger. An angel of death. They should have slain him immediately, thrown his fevered body outside the gates. Anything would have been better than what followed.

He had died. And then the family that took him in. Then their neighbors. Then
their
friends. The whole city. Smitten of the gods.

Cursed for an act of what they thought was mercy. Too late they had realized that they had been interfering with judgment.

He had thought to stop it. They had visited the temple of fire daily, beseeching Ahura Mazda for his protection, for his mercy. The heavens had been silent. There had been no answer.

The city gates were swung open, the mighty double gates that had defended Rhodaspes for centuries, their wood coated with brass that glistened like fire in the morning sun and protected them from being burnt down. They were useless now. There was nothing left to defend. He was the only one left.

The citizens had started burying their dead in the earth, in huge, open graves. From that moment on, Adar had known there
would
be no mercy. For burial—it was an abomination. For centuries, nay, for millennia, his people had placed their dead in “Towers of Silence,” where their spirits could be received direct into the sky, while their flesh was consumed by the vultures, the vultures that now circled above him, robbed of their sustenance.

He passed through the gates, kicking his horse into a gallop. He was an old man, and now he was fleeing. Fleeing something he knew he could not escape. The wrath of the gods…

The Alborz Mountains of Iran

He had felt the evil of the place from the moment they had arrived. Something palpable, something he could sense in the very air.

And now it had manifested itself in the dead body of the young man at his feet. Young man? Little more than a boy, really. One of the college students that had followed him to this godforsaken land, chasing the opportunity of a lifetime. Opportunity…

The Israeli straightened, rising to his feet, looking around at the few that were left. “He’s dead,” he announced flatly, stating the obvious.

He looked up into the light green eyes of the young woman in front of him, eyes now filled with tears. She was on the verge of breaking. As were they all. Somehow he had to keep them together. Somehow…

“I have no idea, Rachel,” he replied, his voice little more than a whisper. “How about you, Grant?”

The fifty-eight-year-old history professor from Princeton shook his head. “I’ve never seen anything like it.” He paused. “Where are the others, Dr. Tal?”

Moshe Tal didn’t answer for a moment, his mind absorbed with what had led to this point. The years of toil in Israel, working on other projects—Hazor, Masada, Baalbek. Mere footnotes along his life, along the path that led here. Nothing compared to this.

Rhodaspes. Its very name lured him like a siren song—a Persian trade city poised on the trade route between the blue waters of the Caspian and the snow-capped peaks of the Elbrus.

Rhodaspes, the queen of the east—a city that had controlled vast wealth from her mountain fastnesses, a Persian Petra.

Rhodaspes, the unconquerable, though besieged briefly by no less than Alexander the Great on his way to India.

Rhodaspes, a city that had been abandoned in the middle of the fourteenth-century, suddenly, mysteriously as though God himself had scattered its inhabitants to the winds. The native Farsi still spoke of the place as accursed. Now he knew why. It was…

Grant Peterson’s voice brought him back to reality. The present darkness.

Moshe pointed wordlessly, down the mountain path to the mass grave, the place that had started it all. One could see a few bodies sprawled stiffly by its edge. The bodies of the remaining archaeologists.

He should have known the moment they had unearthed the grave. Should have taken it as an omen of the evil to come.

For the inhabitants of Rhodaspes had never buried their dead. They were Zoroastrians, and the practice was an abomination to them. Never mind a
mass
grave.

He shivered. His team would join them soon. Unless he did something about it. He turned to the young man by his side, the last of the college students left alive. “Get on the radio, Joel. We need to contact Tehran.”

Joel Mullins swallowed nervously. “Right,” he acknowledged, seeming glad for something to do. “Right away.”

Moshe went back into his tent. He had no other choice. And now he had to move quickly, before he too was stricken, before the Iranians could arrive and discover the truth…

It was five minutes past midnight when Angelo Calderon stepped from the entrance of the Cancun nightclub he had just visited. The weather was just as forecast, light winds sweeping off the ocean, cooling the night to a warm seventy-six degrees. He had three minutes left to live.

Perfect, the watcher thought, standing in the shadows near the parking lot. The drug lord was flanked by two bodyguards, both of whom carried semiautomatic pistols holstered on their hips. Undoubtedly, Calderon himself was armed. He folded the compact night-vision scope into an inner pocket of his jacket and followed, a hunter stalking his prey.

Calderon took another deep breath of the fresh ocean breeze, letting it soak into him. Another forty-eight hours and the deal would be complete. Nothing could stop him now. Five years before, his eldest son had been killed by US Border Patrol agents working in coordination with the
federale
s. Now the time for his revenge had come.

Young people flitted about him as his bodyguards elbowed their way through the crowd, many of them in beach costume. Tourism had increased over the last week in preparation for the
El Grito
Independence Day celebrations on the sixteenth. It seemed fitting that this deal would be consummated on such a day. History would remember him as well. Perhaps not in the same company as Miguel Hidalgo y Costilla, the priest who had sparked the 1810 revolt against Spanish oppression, but he would never be forgotten.

A couple of rather pretty American girls caught his eye and he smiled at them as they passed. At the age of forty-nine, Calderon was still strikingly handsome and he knew it.

He never saw the dark-haired man moving through the crowd toward him and his bodyguards, nor the suppressed semiautomatic pistol that suddenly materialized in that man’s hand.

A single .45-caliber hollow-pointed slug smashed into Calderon’s right temple, killing him before the cry on his lips could even be uttered. One of the girls nearby screamed at the sight. Alerted, his bodyguards turned on heel, their eyes wide with shock at the sight of their employer lying on the asphalt, blood trickling from his skull. Then one of them fell, pierced through the heart.