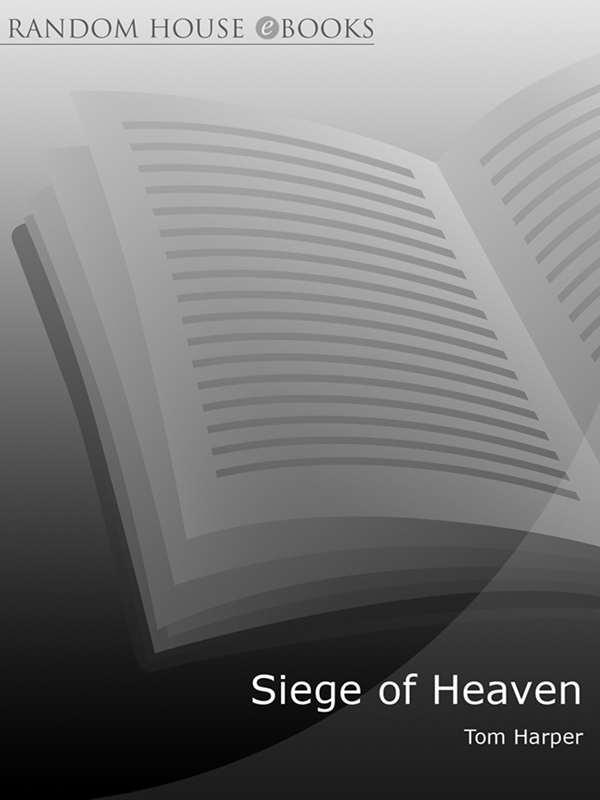 Published in the United Kingdom by Arrow Books in 2007

Tom Harper has asserted his right under the Copyright, Designs and Patents Act, 1988 to be identified as the author of this work

This novel is a work of fiction. Names and characters are the product of the author’s imagination and any resemblance to actual persons, living or dead, is entirely coincidental

This book is sold subject to the condition that it shall not, by way of trade or otherwise, be lent, resold, hired out, or otherwise circulated without the publisher’s prior consent in any form of binding or cover other than that in which it is published and without a similar condition including this condition being imposed on the subsequent purchaser

First published in the United Kingdom in 2006 by Century

Address for companies within The Random House Group can be found at:

The Random House Group Limited makes every effort to ensure that the papers used in its books are made from trees that have been legally sourced from well-managed and credibly certified forests. Our paper procurement policy can be found at:
www.randomhouse.co.uk/paper.htm

The Mosaic of Shadows
Knights of the Cross

so over many a tract

Of Heav’n they marched, and many a Province wide
Tenfold the length of this terrene: at last
Far in th’ Horizon to the North appeared
From skirt to skirt a fiery Region, stretched
In battailous aspect, and nearer view
Bristled with upright beams innumerable
Of rigid Spears, and Helmets thronged, and Shields
Various, with boastful Argument portrayed,
The banded Powers of Satan hasting on
With furious expedition; for they weened
That self same day by fight, or by surprise
To win the Mount of God 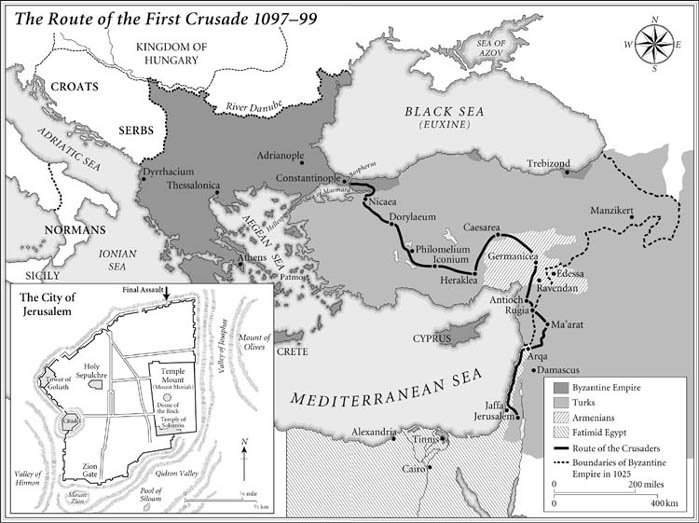 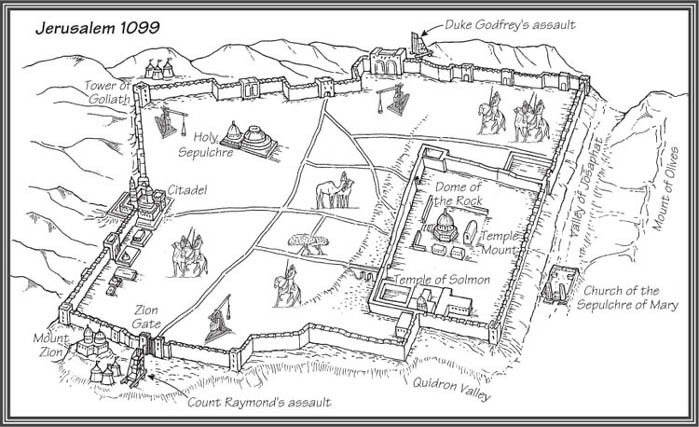 The fall of Rome was not the end of its empire: it lived on in the east, in the imperial city of Constantinople. A thousand years after the first Caesars, it remained the greatest power in Christendom. But new dangers threatened, and the old empire could no longer defend itself. In desperation, the emperor Alexios turned to the west – to the descendants of the same barbarian tribes which had overthrown the first Rome. He asked for mercenaries; but Pope Urban, seeing an opportunity for the papacy in its eternal struggle with secular authority, responded with something quite different. He preached a holy war, an armed pilgrimage that would fight its way to Jerusalem and free the city from the occupying Turks. All over Europe, men and women answered his call: knights and nobles, but also peasants in their ten-thousands.

The army reached Constantinople in late 1096 and, after negotiations which almost boiled over into war, swore an
oath to yield up the lands they conquered to the emperor Alexios. In the summer of 1097 they stormed across Asia Minor, winning victory after victory, until at last they ground to a halt in front of the impregnable fortress city of Antioch. Eight months of gruelling siege followed until, on the cusp of destruction, the crusaders finally took the city. Not a moment too soon: within days, a vast Muslim relief army had arrived and trapped the crusaders in the city they had just laid waste. With no alternative, they broke out and despite overwhelming odds routed the Muslim army, breaking their power for a generation.

The battle for Antioch – the crisis of the First Crusade – had been won. But the Army of God was physically and psychologically exhausted, while its leaders quickly fell out over the division of the spoils they had won. The road lay open, but in August 1098, two years after the army had left home, Jerusalem still seemed as distant and impossible as ever. 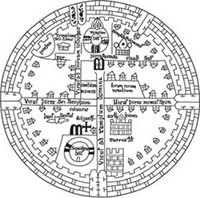 The crowds gathered early: they did not have long to live. They poured out of their hovels and their plundered homes, lining the street for a full mile to see the corpse. Infants who would soon be orphans sat on their father’s shoulders, while children who would not outlive the harvest chased each other on hands and knees through the throng. Some of the more cautious tied scarves over their faces or bound their hands with cloths, but most people did not believe the threat – yet. They climbed onto the cracked roofs of the old colonnades, raised themselves on broken pillars and crowded the upper tiers of the nearby houses to see better. Many would die in the coming weeks and months, but none would enjoy as grand a funeral as this. Many would be lucky to get even a marker
on their grave. So they massed in their thousands, craning for the best possible view, and perhaps understood that this one, magnificent occasion would suffice for them all.

We knew the procession had set out when the bells began to toll. Mothers hushed their children and the crowd turned its eyes to the south. The August sun had climbed over the shoulder of the mountain above the city, and there was no wind to raise the dust that clung to us. I hoped the pallbearers would not linger with the body in that heat.

Four priests swinging golden censers led the procession. Clouds of incense billowed from the wrought aureoles, hazing the fresh morning air and sweetening it. Next came eight more priests with long candles, their flames invisible in the brilliant glare of the sun. Following them, all alone, an oddity: a tall man dressed not as a priest but a pilgrim, the sleeves of his robe falling back where he raised his arms in front of him. He carried a golden casket inlaid with crystal and pearls, and his narrow eyes were closed almost to blindness by its dazzle. All in the crowd crossed themselves as he passed, for the casket contained the relic of the holy lance, the spear that pierced the side of Christ on the cross, and it was only by its divine power that we had conquered the city. So they believed.