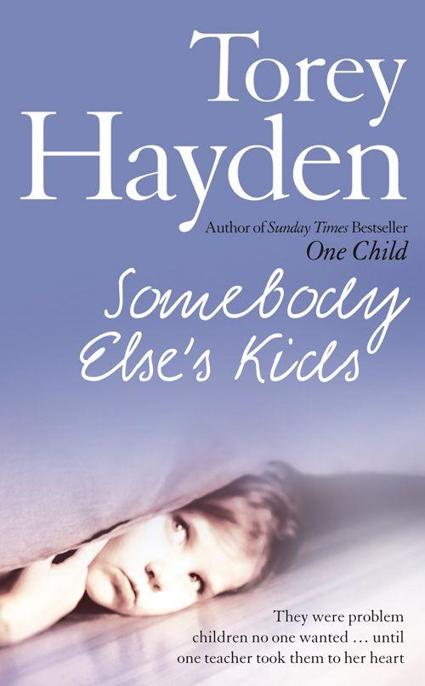 This book is for Adam, Jack and Lucio, but especially for Cliffie, whom I could not help, and whom I have lost to a lifetime of walls without windows. A book is such an impotent gesture, but, Cliffie, I have not forgotten you. And perhaps someone else, some other place, some other day, will know what I do not know.

I
t was the class that created itself.

There is some old law of physics that speaks of Nature abhorring a vacuum. Nature must have been at work that fall. There must have been a vacuum we had not noticed because all at once there was a class where no class was ever planned. It did not happen suddenly, as the filling of some vacuums does, but rather slowly, as Nature does all her greatest things.

When the school year began in August I was working as a resource teacher. The slowest children from each of the elementary classes in the school would come to me in ones and twos and threes for half an hour or so a day. My job was to do the best I could to keep them up with the rest of their classes, primarily in reading or math, but sometimes in other areas as well. However, I was without a class of my own.

I had been with the school district for six years. Four of those years had been spent teaching in what educators termed a “self-contained classroom,” a class which took place entirely within one room; the children did not interact with other children in the school. I had taught severely emotionally disturbed children during this time. Then had come Public Law 94–142, known as the mainstreaming act. It was designed to normalize special education students by placing them in the least restrictive environment possible and minimizing their deficits with additional instruction, called resource help. There were to be no more closeted classrooms where the exceptional children would be left to sink or swim a safe distance from normal people. No more pigeonholes. No more garbage dumps. That beautiful, idealistic law. And my kids and me, caught in reality.

When the law passed, my self-contained room was closed. My eleven children were absorbed into the mainstream of education, as were forty other severely handicapped children in the district. Only one full-time special education class remained open, the program for the profoundly retarded, children who did not walk or talk or use the toilet. I was sent to work as a resource teacher – in a school across town from where my special education classroom had been. That had been two years before. I suppose I should have seen the vacuum forming. I suppose it should have been no surprise to see it fill.

I was unwrapping my lunch, a Big Mac from McDonald’s – a real treat for me because on my half-hour lunch break I could not get into my car and speed across town in time to get one as I had been able to do at the old school. Bethany, one of the school psychologists, had brought me this one. She understood my Big Mac addiction.

I was just easing the hamburger out of the Styrofoam container, mindful not to let the lettuce avalanche off, which it always did for me, trying for the millionth time to remember that idiotic jingle: Two-all-beef-patties-blah, blah, blah. My mind was not on teaching.

I looked up. Birk Jones, the director of special education in the district, towered over me, an unlit pipe dangling from his lips. I had been so absorbed in the hamburger that I had not even heard him come into the lounge. “Oh, hi, Birk.”

“Yeah, sure,” I said, although in truth I didn’t. There were only fifteen minutes left to gobble down the hamburger and french fries, drink the Dr Pepper and still get back to a whole stack of uncorrected work I had left in the classroom. The lettuce slipped off the Big Mac onto my fingers.

Bethany moved her chair over and Birk sat down between us. “I have a little problem I was hoping you might help me out with,” he said to me.

“Oh? What kind of problem?”

Birk took the pipe out of his mouth and peered into the bowl of it. “About seven years old.” He grinned at me. “Over in Marcy Cowen’s kindergarten. A little boy, I think he’s autistic, myself. You know. Does all sorts of spinning and twirling. Talks to himself. Stuff like your kids used to do. Marcy’s at the end of her rope with him. She had him part of last year too and even with a management aide in the room, he hasn’t changed a bit. We have to do something different with him.”

I chewed thoughtfully on my hamburger. “And what can I do to help you?”

“Well …” A long pause. Birk watched me eat with such intensity that I thought perhaps I ought to offer him some. “Well, I was thinking, Tor … well, perhaps we could bus him over here.”

“And you could have him.”

“I could have him?” A french fry caught halfway down my throat. “I’m not equipped in my present situation to handle any autistic kids, Birk.”

He wrinkled his nose and leaned close in a confidential manner. “You could do it. Don’t you think?” A pause while he waited to see if I would reply or simply choke to death quietly on my french fry. “He only comes half days. Regular kindergarten schedule. And he’s rotting in Marcy’s class. I was thinking maybe you could work with him special. Like you did with those other kids you used to have.”

“But Birk? … I don’t have that kind of room anymore. I’m set up to teach academics. What about my resource children?”

The boy was to arrive every day at 12:40. I still had my other children coming in until two, but after that, he and I had only one another for the remaining hour and a half of the school day. In Birk’s mind it was no worse if the child destroyed my room for that period of time when I had to work with the resource students than if he tore up Marcy Cowen’s kindergarten. Because of my years in the self-contained room, I had that mysterious thing Birk called “experience.” Translated, it simply meant I did not have the option to get upset, that I should know better.

I cleared the room for this boy. I put all the breakables out of reach, placed all the games with small, swallowable pieces in a closet, moved desks and tables around to leave a running space where he and I could tackle one another on more intimate terms than I ever needed to do with the resource students. As I finished and stood back to assess my job, pleasure surged up. I had not found resource teaching particularly fulfilling. I missed the contained-classroom setting. I missed not having my own group of children. But by far the most, I missed the eerie joy I always felt working with the emotionally disturbed.

On Monday, the third week in September, I met Boothe Birney Franklin. His mother called him Boothe Birney to his face. His three-year-old sister could only manage Boo. That seemed good enough to me.

Boo was seven years old. He was a magic-looking child as so many of my children seemed to be. There was an illusory realness about his expression: the sort one sees in a dream. Of mixed parentage, he had skin the color of English tea with real cream in it. His hair was not quite black, a veritable mass of huge, loose curls. His eyes were green, mystery green, not clear but cloudy – a sea green, soft and ever changing. He looked like an illustration from a Tasha Tudor picture book come to life. But not a big child, this boy. Not for seven. I would have guessed him barely five.

His mother shoved him through the open door, spoke a few words to me and left. Boo now belonged to me.

He stood motionless, just inside the door where his mother had left him.

He averted his face.

“Boo?” he echoed softly, still looking away from me.

“Hello, Boo. My name is Torey. I’m your new teacher. You’ll come to this room from now on. This will be your class.”

“This will be your class,” he repeated in my exact intonation.

“Come here, I will show you where to hang your sweater.”

“I will show you where to hang your sweater.” His voice was very soft, hardly more than a whisper, and oddly pitched. It was high with an undulating inflection, as a mother’s voice to an infant.

“Come with me.” I rose and held out a hand. He remained motionless. His face was still turned far to the left. At his side his fingers began to flutter against his legs. Then he started to beat the material of his pants with open palms. The muted sound they made was all the noise there was in the room.

Two other children were there, two fourth-grade boys with their reading workbooks. They both sat paralyzed in their chairs, watching. I had told them Boo was coming. In fact I had given them special work to do for Boo’s first day, so that they could work much of the thirty-minute session independently while Boo and I checked one another out. Yet the boys could not take their eyes from us. They watched with mouths slightly agape, bodies bent forward over their desks, brows furrowed in fascination.

Boo patted his hands against his trousers.

I did not want to rush him. We were in no hurry. I backed up and gave him room. “Will you take off your sweater?”

No movement, no sound other than his hands, beating frantically now. He still would not turn his face toward me; it remained averted far to the side.

“What’s wrong with him?” one fourth grader asked.

“We talked about it yesterday, Tim. Remember?” I replied, not turning around.

“Can’t you make him stop that?”

“He isn’t hurting anyone. Nothing’s wrong. Just do your work, please. All right?”

Behind me I heard Tim groan in compliance and riffle through his book. Boo stood absolutely rigid. Arms tight to sides, except, of course, for the hands. Legs stiff. Head screwed on sideways, or so it looked. Not a muscle moved beyond the fluttering.

Then with no warning Boo screamed. Not a little scream. A scream heard clear to next Christmas. “AHHHHHH! AHHH AHHHH! AWWWWR-RRRRKK!” He sounded like a rabbit strangling. Hands over eyes he fell writhing to the floor. Then up before I could get nearer. Around the room. “ARRRRRRRRR!” A human siren. Arms flew out from his sides and he flapped them wildly above his head like a frenzied native dancer. He fell again to the floor. Boo turned and twisted as if in agony. Hands over his face, he beat his head against the linoleum. All the while he screamed. “AAAAAAH-HHHHHHHHHH! EEEEE-EEEEEE-E-AHHHH-AWWWWWWWWK!”

“He’s having a fit! Oh my gosh, he’s having a fit! Quick, Torey, do something!” Tim was crying. He had leaped up on his chair, his own hands fluttering in panic. Brad, the other fourth grader, sat spellbound at his desk.