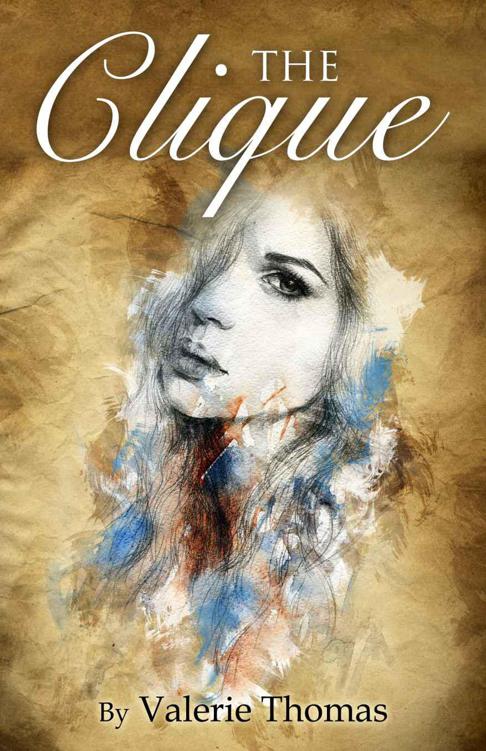 This is a work of fiction. Names, characters, businesses, places, events and incidents are either the products of the author’s imagination or used in a fictitious manner. Any resemblance to actual persons, living or dead, or actual events is purely coincidental
.

“Maddie! Language!” Audrey twists to look Maddie in the eye. She’s always liked the floor more than couches. Maybe that comes from being the youngest of four girls in her family: comfortable seating’s at a premium, so the best solution is to get used to being uncomfortable. She secures a lock of her light blonde hair behind an ear.

“Sorry.” Maddie doesn’t look the least bit sheepish. “But, seriously, why can’t we like extend summer for another month? Or forever. Just summer vacation, all year. That would be spectacular.”

“I’d be down for that,” Audrey agrees. “We could have parties every night!”

“Or every other night,” Kate says.

“Yeah.” Audrey laughs. “Every other night. That would be even better.”

“Every other night. Let’s do that,” Hannah agrees.

Audrey cracks her neck. “But I’m not
that
sad that school’s starting. At least we’ll be together every day.”

“You just want an excuse to hang out with Gabe more than once a week!” Kate says.

“Yeah, well, that’s true. But, I also wanna see everyone we haven’t seen all summer.”

Audrey giggles, shaking her head vigorously. “No, everyone but her.” Her hair falls in front of her eyes, and she pushes it up again. “I kinda feel bad for her, though. I mean—“

“Hold on. First, we didn’t invite her to that party.” Maddie holds up a pink fingernail. “Second, she almost got us in trouble. Remember?”

Hannah stands up. “Yeah, me too. But enough talk about Amanda. Eurgh, you guys remember her greasy hair?”

“Devon’s brother was really into it,” Audrey jokes. “He was like all over her.”

Maddie snorts. “Yeah, until I turned on the lights.”

“God, that was so funny.” Kate frowns at Hannah. “Are you gonna get something?”

“Yeah,” the other girl says. “I was gonna get a popsicle. Is that cool?”

“Sure. Here, I’ll show you where they are.” Kate leads the way upstairs, her bright pink sweatpants all but glowing in the dim light of the basement.

“It’s so funny.” Maddie says once they’re out of view.

“How she still puts on the act even when there aren’t any guys around.”

Maddie moves closer, so Audrey can hear her whisper. “Hannah. She tries so hard to be ‘hot.’ And even when it’s just us, she’s still like ‘I want a popsicle.’”

“What’s wrong with that? Maybe she just wanted a popsicle.”

“Oh, come on, Aude. I know you’re sheltered and stuff, but when was the last time you honestly wanted a popsicle?”

“Exactly. You can’t remember. But she eats them all the time. And why’s that? Because she thinks boys like the way it looks.”

“Seriously, Maddie? I know you’re on this whole ‘don’t dumb yourself down’ thing, but maybe she just wanted a freaking popsicle.”

“This isn’t a part of the don’t dumb yourself down thing!” Maddie argues. Her voice has risen far above a whisper. “I’m talking about how Hannah always acts so—so slu…“ she lets the sentence trail off.

“Were you about to say, what I think you were about to say?” Audrey makes no effort to hide her scandalized look.

“I dunno, what do you think I was gonna say?”

“But I didn’t.” Hannah and Kate descend the stairs, carrying enough popsicles for everyone.

“So much for your theory.” Audrey smirks. “See? Sometimes people just want a popsicle.”

Audrey shakes her head at how quickly Maddie switches back to nice-friend mode.

For Aude, the first day of school means a return to the same, start-at-five routine as last year. She showers, puts on the clothes her parents believe she wears to school—a plain white button-up, long pleated skirt, and underwear that has more in common with an old man’s pajamas than lingerie—and eats a quick breakfast.

No one in the house stirs as she eats the oatmeal, but that’s to be expected. Now that her last sister, Jenna, has moved out, both of Audrey’s parents sleep in past six. That’s no issue at all; Audrey enjoys the extra time to herself. As she takes baby-bird bites, she wonders what the school year will be like: will the workload be heavy? Is Mr. Silveris a hard or easy teacher? Jenna told her a lot about him, and judging from what she said, he should at least be interesting.

After breakfast, she steps into the early morning sun, heads to her 2011 Mercedes M-Class—it was Jenna’s, but now hers—and turns it on. The sounds of ninety-five-seven, Denver’s Mile High Hit Music, fill the car as she starts her trip to Kate’s house.

Kate laughs at her friend as she opens the door. “I swear, if anyone else ever saw you like this—“

“Why do you think I always change at your house first?” Audrey invites herself inside and jogs up the stairs to her friend’s room.

Kate follows her. “What I can’t understand is how they never find out.”

“I’m careful. Very careful.” Audrey undoes the terrible white shirt and throws it on Kate’s bed. She frowns at her friend’s closet; nothing in there screams first-day-of-school material. “Oh, I know! Can I borrow that blue tank?”

“Sure. I think it’s one of yours anyway.” As part of their agreement to work around Audrey’s strict parents, and the resulting early-morning changing trips, Aude helped Kate stock her closet with about twice as many clothes as she would have otherwise.

Audrey takes off her skirt and awful underwear and picks a bra and matching panties from Kate’s dresser. The bras they buy are always a little snug on Audrey, a little loose on Kate—but they’re close enough to share even those, when they buy sizes in the middle. “There, now I feel human again,” Audrey says as she pulls on the underwear, followed by a sky blue tank and a pair of stressed skinny jeans.

“Yeah, you
look
human again,” Kate agrees. She’s already dressed for the day, in a white polo and knee-length turquoise skirt. She checks something on her phone. “Did you already eat breakfast, Aude?”

“Yeah. I had oatmeal.” Audrey heads for Kate’s bathroom to apply her makeup.

There’s only enough room in the bathroom for one girl, so Kate heads downstairs while Aude finishes. In another half-hour they’re both ready; they give each other a once-over, decide they did a pretty good job of applying eyeliner—considering the sun’s barely up—and go to school.

Since freshman year, Aude, Kate, and their friends have gathered at the foot of the central stairs of the school. She and Kate are the first to arrive, fifteen minutes before first bell. “So what’s your schedule look like?” Aude asks.

“AP Lit, then Swimming, Greek Myth, and then two hours for lunch. After lunch I just have Econ and Physics, and then I’m done.” Kate glances over at a couple of underclassmen who linger a little too long as they pass the pair.

Audrey smiles and waves. “Hey!” The boys scurry away. “Freshmen frighten so easily.”

“Only around you.” Gabe—Aude’s tall, handsome boyfriend—scoops her up into a hug. “Hey babe, how are you?”

“Oh, I’m good. A little tired.” Aude has never gotten used to waking up at five am, even though she’s been doing it for three years.

“You always say that.” Gabe nuzzles Audrey’s shoulder. “How about you, Kate? Are you tired?”

“Naw, I slept in this morning.” Kate laughs and waves at Maddie, who joins the three. “How are you?”

Maddie sighs. “Still wishing we could have summer vacation forever. Ugh, seven is way too early for school.”

Gabe leans in so only Aude can hear what he’s saying. “How was your summer?”

She giggles. “You were there for most of it. You know how it was.”

“Okay, well what about the parts I wasn’t there for?”

Aude shrugs. “They were good. It was all good.” She jerks away from Gabe. “Hey, Hannah!”

Kate rolls her eyes. “Still in bed, probably.” The bell rings, signaling the start of passing period. One by one, the friends say their goodbyes and head for their respective first-hour classes, until only Aude and Gabe are left.

Gabe shrugs. “So? It’s only the first day. Just say you got lost or something.” Around them, freshmen frantically search for their classrooms, while everyone else trudges to destinations they know all too well.

“I can’t,” Audrey says. “But I’ll see you in Advisory.” She leaves him and climbs the stairs, getting off on the second floor right outside the English department. Room 211 is right next to her English classroom from last year, and she finds it without any difficulty.

Kate’s sitting in the front, middle seat, with her legs kicked up on the desk beside her. Aude approaches, and Kate sits upright. “Hey, I saved you a seat.”

“Thanks.” Audrey looks at the assembled class before sitting down; a sea of acquaintances and half-friends looks back at her.

The end-of-passing-period bell rings, and still no sign of the teacher. Late on the first day? Well, Aude’s sister did warn her that Mr. Silveris had his own way of doing things. The door opens and everyone in the class turns in anticipation, but it’s only Hannah.

“Where were you?” Audrey asks as her friend finds a seat behind her and Kate.

The Tycoon's Socialite Bride (Entangled Indulgence) by Livesay, Tracey
Savage Spring by Constance O'Banyon
The Wombles to the Rescue by Elisabeth Beresford
The Ted Dreams by Fay Weldon
Fortune Knocks Once by Elizabeth Delavan
Yours to Hold: Ribbon Ridge Book Two by Darcy Burke
The Second Shot by Anthony Berkeley
She's My Kind of Girl by Jennifer Dawson
Tearing Down Walls (Love Under Construction Series Book 2) by Deanndra Hall
The House of Tomorrow by Peter Bognanni