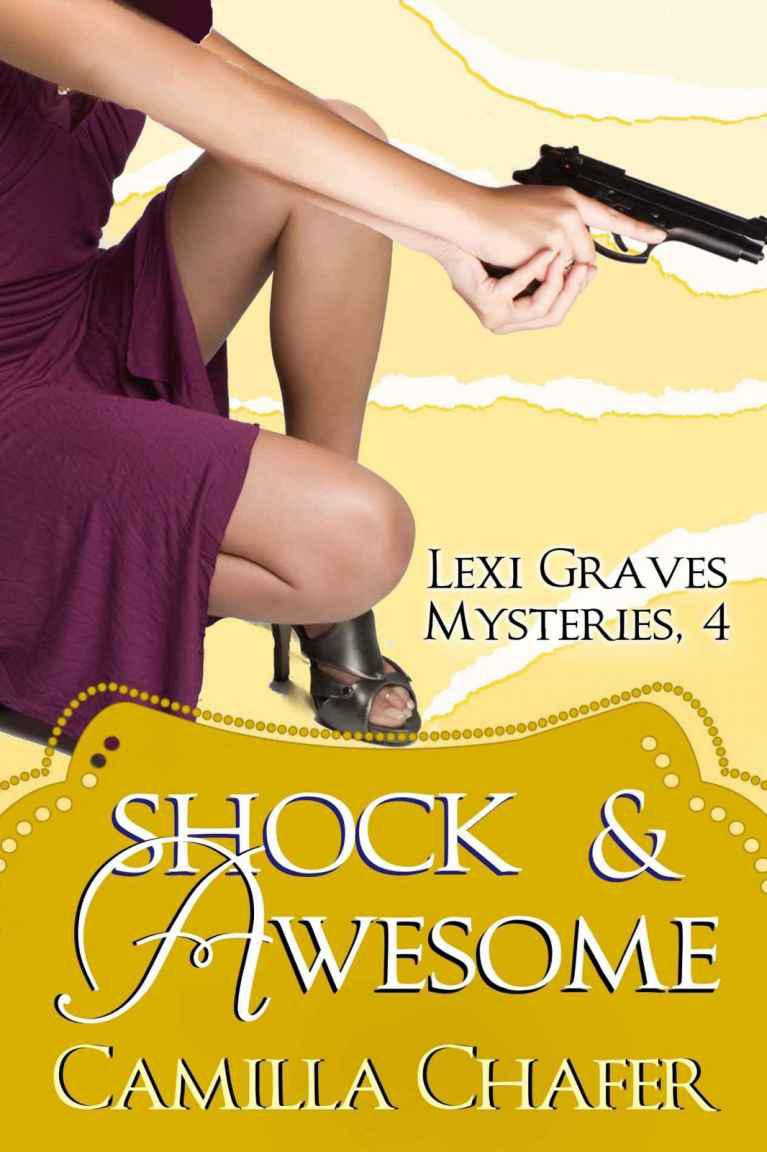 When a thief who preys on the
super rich
women of a high-end dating website turns up in Montgomery, it’s up to Private Investigator,
Lexi
Graves, to lure him out before he goes to ground. To make matters worse, he's evaded capture numerous times, and this might be the last chance to catch him before he retires altogether from the high stakes game.

Newly single and thoroughly confused, the last thing
Lexi
wants to do is date a string of men whose photos are optimistic, to say the least. But one on her short list is the thief and a rogue. Faux-dating a string of Not The Ones could help her discover not only which one he is, but also help her decide whom and what she wants in her personal life. Will it be her sexy, mysterious, boss, Solomon? Or handsome cop, Maddox?

Posing as a wealthy, glamorous, eligible bachelorette, complete with walk-in closet of designer clothes, sports car, and mansion, can be fun and games, but
Lexi
may have met her match when she becomes the next target in the thief’s sights. After all, he’ll stop at nothing to get what he wants. Along with her cash and borrowed jewels, this master thief might also want to steal her heart in the ultimate sting.

But as the case comes together, tragedy strikes, causing
Lexi
to question what is more important to her: racing to the aid of her best friend, or solving the case, no matter the cost.

The very last person I expected to see walking out of my boss's boardroom was my ex-boyfriend, Detective Adam Maddox. Okay, so he wasn't exactly the “last person,” but he was definitely in the top ten. After all, it wasn't like I could think of a single thing they had in common, except me, and I was fairly sure neither was too happy about that. Not that there was anything doing in “that department.” Nothing at all. Which made their handshake as they paused just outside of the doorway, as well as Maddox clapping Solomon on the shoulder, all the more strange. Now that their romances with me were over, had they moved onto — I swallowed hard — a bromance?

"I'll get the details to you this afternoon," Maddox said as they released hands. Solomon's right hand immediately dived into the pocket of his black chinos as he nodded in response. Okay, so maybe not a bromance. Solomon didn't seem as happy as he first appeared, not that he would ever make it obvious, of course, but after several months working with him, I got to know his most subtle moves. Solomon was up to something with my ex-boyfriend, but he wasn't altogether thrilled about it. I wondered what got to him the most: my ex or whatever they were collaborating on. Most of all, I wondered when someone was going to tell me. If there was one thing that made me more uncomfortable than having two former lovers in the same room, it was being kept in the dark on work ops. Now, with Solomon's expansion of the agency still a big secret under wraps, I was doubly eager to uncover whatever this latest thing was. I swear it had nothing to do with personal issues. With either of them. No, not I. I was a professional, and a polished professional, albeit a snoop, at that.

Turning on his heel, Maddox barely blinked at the very moment he noticed me at my desk, but our eyes met and his softened slightly before his face hardened. Okay, someone was a cross bunny. With a curt incline of his chin towards me, he marched out of the large room that served as the private investigators' shared office, towards the exit.

I didn't realize I was watching him go until the door clicked shut behind him and I turned back to my laptop, briefly glancing up to see Solomon's eyes on me, his face blank. Without saying a word, he turned away, returning to the sanctum of his office next to the boardroom.

Well, that was weird. Solomon and Maddox once worked together, and that was how I met them, after pretty much tripping over a corpse and landing in one humdinger of a financial crime. Neither were friends at the time; indeed, Maddox seemed suspicious of Solomon, given his history, which was one of shades, rather than a clear-cut resume like Maddox. His rise through the ranks of Montgomery PD was as obvious as every serving police officer in my family.

Since that first case ended, Solomon decided to retire from whatever he did in national law enforcement — no one was ever totally sure what or who employed him — and stick around Montgomery to start up his own detective agency. He offered me a job and Maddox presented me with the top position of girlfriend. I was still a private investigator, and though I had a lot left to learn, I was definitely off the trainee rung, but the girlfriend spot was on hiatus. Not least because I suspected Maddox of cheating with his supremely pretty undercover partner, Detective Rebecca Blake, but also because I subsequently did the horizontal horror with Solomon in several moments of unconscionable madness.

Now I was single, but gainfully employed, and my two exes were shaking hands like they were simply agreeing to man the barbecue together at Montgomery's next town fair. It was baffling. Even worse, I was desperate to know what it was all about, and so would my best friend, Lily Shuler, the moment I told her. If I didn't have the answers, I would have to listen to a whole bunch of her theories. But how was I to get the information out of a man so shrewd, he would know what I was doing as soon as I eased out of my chair?

Simple. I would wait for him to tell me. He was probably dying to, I reasoned. After all, everyone loves to share a secret.

For the next hour, as I impatiently waited in desperation for Solomon to share, while it ate me up inside, I filled the time with less paperwork and more surreptitious texting of Lily. She was as intrigued as I.

“He's dying to tell you,” she texted by return.

I looked up, narrowing my eyes at the blind-covered interior windows of Solomon's office. He gazed at his laptop screen, and only briefly did I notice his left eyebrow flicker, as if he were suddenly aware someone was watching him. I ducked my head, fully aware that he not only knew it was I, but also that he wasn't even remotely dying to tell me a thing.

Bit harsh, perhaps, but not far off the mark in the general scheme of my thoughts.

My phone vibrated again and I peered at the screen. “Do you think they want to share you?” asked Lily.

My eyes widened and I reached for my glass of water to quench my suddenly dry mouth. I doubted it, somehow. I wasn't even sure either of them wanted me solo, given the way things abruptly ended between Maddox and me, and then Solomon and me. Just my luck, really. Wait forever for a decent guy to show up, sweating my buns off in Anton's ass-kicker of a spin class, just to keep said butt looking peachy in the interim, and just when one hot guy turns up, so does his hotter pal. As for who was hot, and who was hotter, that was hard to say. What I did know was one cheated and the other seemed to have forgotten to call. Ever.

Having said that, the thought of them going two at a time gave me a hot flush before my brain became the consistency of the innards of a Twinkie.

“Get
aircon
,” I messaged. “How do I find out why Maddox was here?”

Well, that was an idea, but somehow, I knew Solomon would find out, and when he did, I could imagine him firing my ass. What would I do then? The PI gig was my favorite job since I joined the world of the gainfully employed. Would I want to return to temping? Working the worst bits of a job to earn a measly paycheck along with the general disdain of the other employees? No. I wanted to crack cases, catch bad guys and make enough money to afford the butter yellow bungalow on Bonneville Avenue, which I had my eye on. A few months ago, it was for sale, but the sign disappeared within days. I wished it was for sale again, especially now that Lily's parents put our apartment building up for sale the moment the cast came off my arm. Having it broken while chasing the bad guys was one of the downsides of the job, but it managed to earn me several weeks of paid recuperation time.

Since getting my fill of the important goings-on in Hollywood via the E! Network, I returned to my job early and got stuck with desk duty. Now the cast was off, I was raring to go, but Solomon had yet to assign me any cases. It wasn't just that I was itching to get out there and do something productive, the bonus money was undeniably a delightful extra. My salary paid my basics, but the case completion bonus, paid by the clients, was an extra boost to my ebbing morale. I was bored. I might complain about a numb ass when I was sitting on it for hours during surveillance, in a cold car, watching an assortment of criminals, idiots, and cheats, but anything had to beat the humdrum of office work. After all, this was what I thought I escaped from when I took the job.

But aside from all that, asking was not an option. After all, I was cool and aloof! I cared not for the activities of the two men not all that in my life! If they wanted to be buddies, that was their business. Oh, whom was I kidding? I seethed with nosy desperation.

“No,” I tapped into my cell phone's on-screen keypad. “I'm just going to wait for him to tell me.”

I looked from the phone screen to the kit assembled on my desk. Digital camera, telescoping lens, listening bugs, miniature camera, my wire, my laptop, an array of programs and databases contained within, and I thought again. No, I decided, I had to be strong. I could not bug my boss's office. Today.

"
Lexi
?" I jumped at the sound of Solomon's voice and looked up guiltily, as if he could tell I was seriously considering Lily's suggestion. He couldn't see the screen from his doorway, but that didn't stop me wrapping my palm over it anyway. "My office."

"Right away." I jumped to my feet, smashing my knee on the underside of the table in my haste and limped after Solomon, tucking my phone into the back pocket of my jeans. Today I was channeling every single female on
CSI Miami
by wearing white jeans, a chocolate brown shirt, the sleeves neatly rolled to elbows, and the sweetest pair of brown-and-cream pumps with the cutest leather bows. Smart, feminine, ready for anything. Well, except blood, because, let's be realistic, blood and white jeans? Just not okay.

Mother of Purl by Eig, Edith, Greeven, Caroline
Gathering the Water by Robert Edric
Wicked Ever After (A Blud Novel Book 7) by Delilah S. Dawson
Dialogues and Letters by Seneca
Naughty or Nice by Harmon, Kari Lee
Prometeo encadenado by Esquilo
In Your Honor by Heidi Hutchinson
Liar's Key by Carla Neggers
Apothecary Melchior and the Ghost of Rataskaevu Street by Indrek Hargla
Lady Brittany's Love by Lindsay Downs