Read A Map of Betrayal Online

A Map of Betrayal 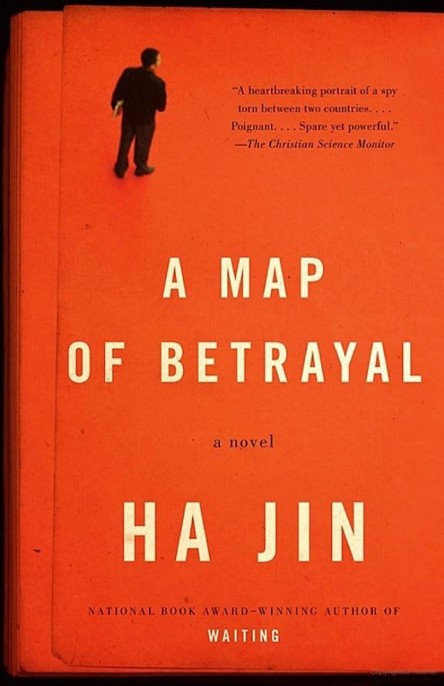 All rights reserved. Published in the United States by Pantheon Books, a division of Random House LLC, New York, and in Canada by Random House of Canada Limited, Toronto, Penguin Random House companies.

My mother used to say, “Lilian, as long as I’m alive, you must have nothing to do with that woman.” She was referring to Suzie, my father’s mistress.

Nellie, my embittered mother, had never forgiven my father for keeping another woman, though he’d died many years before. I kept my promise. I did not approach Suzie Chao until my mother, after a tenacious fight against pancreatic cancer, succumbed last winter. Death at eighty—I can say she lived a long life.

Still heavy with grief, I got in touch with Suzie, first by letter and then by phone. She lived in Montreal, far away from my home state, Maryland. When forsythia began to bloom in my backyard, she mailed me my father’s diary, six morocco-bound volumes, each measuring eight inches by five. I hadn’t known he kept a journal, and I had assumed that the FBI seized all the papers left by him, Gary Shang, the biggest Chinese spy ever caught in North America. The diary recorded his life from 1949 to 1980. He hadn’t written every day, and the journal was more like a personal work log. One of the volumes bears a quotation from Nietzsche on its first page: “Preserve me from all petty victories!” Another opens with Franklin Roosevelt’s words: “The only thing we have to fear is fear itself.” The last volume starts with a claim from Martin Luther King Jr.’s “I Have a Dream” speech: “Unearned suffering is redemptive.” My father was fond of aphorisms and filled a notebook with hundreds of them, but that little trove of wisdom was in the FBI’s possession now.

Once I was done for the spring semester, having graded my students’ finals and papers, I began to pore over my father’s diary to piece together his story. I also reread all the newspaper articles about
him, which I kept in my file. By the end of the summer of 2010 I had a substantial grasp of his life, but there were still holes and gaps. Those troublesome spots tormented me, and try as I might, I couldn’t figure them out. That was why, in mid-November, as soon as I heard I’d been granted a Fulbright lectureship, a one-semester appointment at Beijing Teachers College for the spring of 2011, I contacted Suzie again and asked to see her.

“Your mother was a bitch,” Suzie said, looking me in the face. She was seated across from me in Starbucks in downtown Montreal. Her feet were tucked under her legs on a chair while her eyes, bleary with age, peered at me without blinking. She was so old that she reminded me of a puppet, loose-jointed with dangling arms and a silver mane. It was hard to imagine the pretty woman she’d been forty years before.

“My mother could be difficult sometimes,” I admitted, “but she had her reasons. My dad might not have loved her.”

“Well, Gary wouldn’t divorce Nellie to marry me,” Suzie said, pursing her lips smeared with a bit of cappuccino foam. When young, she’d been charming, vivacious, and quick-witted. I could think of several reasons my father had fallen for her. Above all, she’d brought to mind the kind of seductress the Chinese call “fox spirit.”

I went on, “My mother often said Gary loved nobody except for himself and me.”

“Bullcrap. Gary loved Nellie in the beginning, I’m sure. But the love went sour.” In spite of Suzie’s annoyance, her voice still had a pleasant low timbre.

“Thanks to you,” I said with studied levity, trying to smile but feeling my face tighten. I don’t think my father ever loved my mother, though in the later years of their marriage he developed an attachment to her.

“If not me,” she continued, “there’d have been another Chinese woman in his life. Your father was always lonely and couldn’t share everything with your mother.”

“Because she was white and American?”

“That’s part of it. I was more useful to him than Nellie. Believe it or not, I’m still proud of being his mistress. I could do anything for him and he trusted me.”

That caught me off guard. For a moment we fell silent. She lifted her cappuccino and sipped. I was lost in thought, musing about her and my father. Here was another slave of love. I admired her for that, for holding on to the remainder of her lifelong passion and for her total self-abandonment to the man she loved and cherished. How many of us are capable of that kind of devotion without the fear of being hurt or ruined? I turned to gaze out the window at the clean wide street, which was quiet with just a few pedestrians passing by, as if we’d been in a suburban town. It was overcast, the low clouds threatening snow.

I switched to the topic that had been on my mind for a long time. “Suzie, I know my father had another family in China. Did you ever meet his first wife?”

“I wish my mother had known that,” I blurted out, surprising myself, because the awareness of his other family could hardly have mollified Nellie.

“That would’ve made her crazier, and she would have hated Gary and me all the more,” Suzie said.

“Do you think Yufeng is still alive?”

“I haven’t the foggiest idea.”

“She might have remarried long ago, don’t you think?” I asked.

“Maybe. Who knows? I had a feeling you might bring up Gary’s first wife. I only know her name and that they married in their mid-twenties. Last night I looked everywhere but couldn’t find her address. She used to live somewhere in Shandong, in the countryside, and I don’t know if she’s still there. But there’s somebody in Beijing who might help you track her down.”

“Bingwen Chu. Goodness knows if that’s his real name. Perhaps he’s gone too. Here’s the old address of his office.”

She gave me a slip of paper bearing her slanted handwriting. I liked Suzie in spite of her barbed words. She had moved to Canada in her mid-fifties and married a Malaysian businessman, but the marriage fell through a few years later. She seemed content living alone now.

HENRY, MY HUSBAND
, was staying behind while I went to Beijing so that he could continue managing our apartment building in College Park. The three-story property consisted of eighteen units and sat at the end of a quiet street; it was always fully occupied thanks to its fine amenities and bucolic setting. We’d bought the building four years earlier and were living in a corner apartment on the first floor. I had a studio in the basement where I read, wrote, and prepared my lectures for the history classes I taught at the university. Before we married, Henry had recently been widowed, while I’d been divorced for nearly a decade. Neither of us had children, much as we loved them. Henry was sixty-one, seven years older than me. We often fantasized about adoption, preferably a baby girl, but we also knew that our ages would disqualify us, so we never filed an application.

The spring semester wouldn’t start in Beijing until mid-February. I arrived three weeks early, intending to give myself plenty of time to settle down and look into my father’s past. The teachers college’s campus was empty, like an abandoned village, but every day I would run into a colleague or two. The few people I spoke with were excited about the democratic demonstrations in the Arab countries. They seemed to believe that the tides of the political tsunami in the Middle East would soon reach the Chinese shore and wash away some parts of the bureaucratic system of their own country. I’d been to China before, had followed its affairs for
decades, and knew changes wouldn’t come here easily. In 1988 I’d taught at the same school, and my mother had come to visit me toward the end of my stint. Her view of this country could be summed up in one word, “brutal,” which she had modified with a nervous giggle and this remark: “Like your father’s lot in life.” Yet she was deeply impressed by the people she met here, particularly by their optimism, their hunger for learning, their industriousness, their patriotism. Unlike my Chinese colleagues, I wouldn’t raise my hopes for the arrival of the global democratic waves. China was China and had always done things its own way, though this shouldn’t be an excuse for its resistance to change. I kept reminding myself that I was here just to teach two courses and would head back to the States in the early summer, so I’d better avoid getting involved in politics of any kind. Instead, I wanted to unravel my father’s past and locate his first wife, Yufeng, if she was still alive.

Bingwen Chu, the lead Suzie gave me, had been my father’s sole handler on and off for three decades. In his diary Gary referred to him as the Torch, probably because the Chinese character
bing
means “burning bright.” After I settled down on campus I called his number, and as I’d expected, it was no longer in service. I went to the old address in Chaoyang district, but the four-story building was now occupied by a law firm, a British education agency, and other business offices. I asked a few people. Nobody had ever heard of Bingwen Chu.

In spite of the impasse, I continued perusing my father’s diary and pondering his life. I’d also brought with me a book on him, which had come out a few years before. Titled
The Chinese Spook
, by Daniel Smith, it portrays him as a brilliant spy, a longtime mole in the CIA, who sold to China a huge amount of intelligence and did immeasurable damage to U.S. national security. The book offers a plethora of information on my father: his education, his unique role in the Chinese intelligence apparatus, his friendship with some American officials in the DC area, his ways of handling money, his tastes in food and drink, his fondness for petite women
with abundant hair. But it doesn’t touch on his first marriage and his family in China; his life before he started working for the Americans remains a blank.

There was no denying that my father had been a top spy, but the more I worked on his materials, the more I was convinced that money hadn’t been the primary motivation in his espionage for China. He was a man with a sizable ego; to me, he seemed too big for his boots and full of delusions. By professional standards I wouldn’t say he was a skilled spy, and his role had largely been thrust upon him by circumstances. As his life was gradually taking concrete form in my mind, I came to believe that he’d been not only a betrayer but also someone who’d been betrayed. Before school began, I immersed myself in reconstructing his story. A historian by profession, I wanted to tell it in my own fashion while remaining as objective as possible.