Read A Night To Remember Online

A Night To Remember 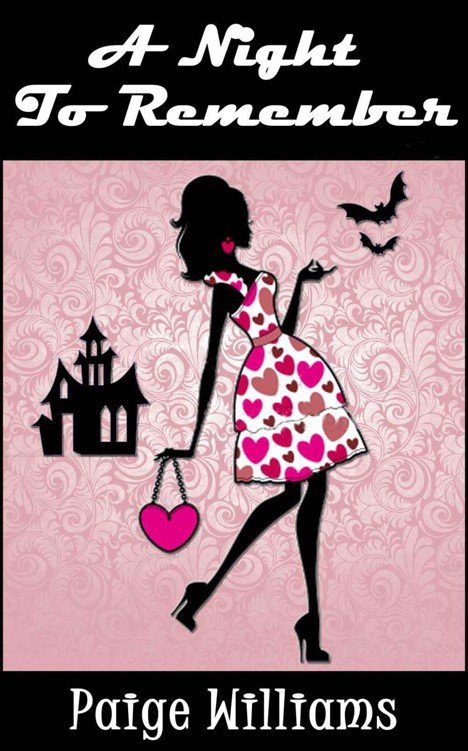 A Night
To
Remember

A Night To Remember

I was lost. My brand new
BMW
decided to defy the dealer's promises of German reliability and break down after bringing me
in
to the middle of nowhere. I was stranded on a dirt road that
meandered
drunkenly for 25 miles through
trees
before staggering into a dusty collection of
sun bleached
shacks.
Apparently
either folks in this part of the country didn't believe that having a phone was vital to life or they liked lying to desperate strangers. Either way I was SOL. I kept walking
in a circle doing what
I'm
sure looked like a deranged version of the Jitterbug, holding my cell up
trying to find a signal.

As I looked around the desolate countryside I realized it was like
being stranded
on the set of Wes Craven's
The Hills Have Eyes
, all that was missing was the gas station attended by a buck-toothed local bent on committing assisted homicide. As for the winding dirt track leading off to the edge of
nowhere
it seemed I was already on it. Although that thought alone made me want to huddle, whimpering, in my car while regretting my movie choices, my father's reaction when I
didn't
answer
his
summons scared me more.

The fact was
,
I had made a mess of things by woefully misjudging the potential for disaster inherent in booking a vegan convention and a NRA convention in adjoining wings of the Jones-
Westly
Convention Centre, my Dad's latest and greatest convention complex. It had taken the city's entire police force to get the city core back to some semblance of order. Dad let me know,
in no uncertain terms
, that more,
much
more, was expected of his only child and executive meeting room manager. That conversation had taken place on the phone, now he wanted to give me the speech in person.

To say that my father
is not known
for his understanding or compassion is an understatement of astronomic proportions. Which is
not
to say that he has never done anyone a favor, he has, it's just that he expects to
get
paid back for his favors-
-
with interest. One might almost say that
he's
made a business out of it, one that has nothing to do with convention centers. As he said to me once: make a lot of money with no apparent means of income and people
tend
to get suspicious.
Thus
the convention centers.

Dad always harp
ed
on about the importance of family. "
Rosa
line
," my father would say, "You need to meet a man, someone nice,
someone
who will take care of you." I would roll my eyes and say, "Papa, I can take care of myself," at which point Dad would pinch my cheeks and hug me as if to say, 'How cute, look at my daughter, so independent.' Since I was the only child of a
very
traditional Italian
family
I had known from my early teens that I would be expected to marry and
have
children to continue the family line.
And
, honestly, I
kinda
like the idea of meeting Mr. Right and doing the whole Mom thing.
One day.

The problem is that, although
I'm
reasonably attractive–blond hair, smooth clear skin, an athletic yet curvy figure–as soon as
a
guy I like finds out who my Dad is, they head for the hills. Ordinary guys that is.
Lots of
people who work for Dad would
love
to be part of the family, but I am
so
not going down that road.
It's
unfair!
Men either
wouldn't
touch me with the proverbial 10
-
foot pole or they were falling all over themselves to ask me
out
. I wanted someone to want me for
me
, not my family connections.
So
I had
no husband
and
no kids. Perhaps
that's
why
Dad was so grumpy these days.

Reluctantly, I left my 21st birthday present on the side of the road and started walking, hoping that the spot on the map
I'd
found indicated a town just ahead and not
just
that I was a sloppy eater.

As I walked,
the dying rays of the sun
played along my skin and
a breeze
tickled the fine hairs on my arms, bathing me in
the
warm scents of late summer. I inhaled deeply savoring the intoxicating scent of wild honeysuckle. After only a half-hour of walking the beauty of my surroundings
faded
as I was reminded one does not buy
Manolo
Blahnik
boots for comfort.

It was when the sun
finally sank
behind the trees, turning the sky bronze, that I felt the first wave of panic. I loved horror stories
but
they were all coming back to me in vivid, gruesome, detail. I was a young woman, alone, at
twilight,
walking down a lonely twist
ing
road in the middle of nowhere and
--
the pièce de résistance of horror movie don'ts
--
no one knew where I was.

Perhaps worse, I
was a cute blond sporting over 25
,000 dollars worth of designer duds so it
wasn't
just possessed serial killers I had to worry about. The air turned chilly and, shivering, I pulled my thin
Ferre
jacket close around me--
at the moment
I would have gladly traded it for an oversized parka from
Walmart
.

I saw it then
: A castle. I scrunched my eyes closed and shook my head, thinking that maybe, after the smog of the city, the fresh country air was making me hallucinate.

I slowly opened my eyes. Nope. It was a castle.

Weren't
castles supposed to be nestled beside Scottish Locks,
not
scattered around the American Midwest? As I gazed at it, my eyes squinting against the setting sun, something about it reminded me of a movie-set reproduction of a haunted castle; perhaps
it was the way the lichen artistically trailed off the trunks of willows standing sentry before its gates or the way masses of cobwebs gracefully stretched within their boughs
.

I half expected to hear the theme of Ghostbusters.

One thing was sure: it
wasn't
the sort of place I
was
eager to visit in the daytime, let alone after dark, but by now I was cold
,
hungry and desperate to talk to another human being, and there was a light on in one of the windows.

It was full dark by the time I approached the castles' entranceway, my footsteps echoing off the cobblestone path. I
shivered
, partly because of the cold, partly because I knew this was one of the stupidest things
I'd
ever done. That said, staying on the road
didn't
seem any brighter.

Huge doors,
old and thick
and imposing, loomed above me. Slowly, giving myself time to summon what little courage I could, I gr
abbed
the antique knocker and swung it. Sound
boomed
around me, announcing my presence to the gathering darkness. A hush settled over the night; the animals stilled, even the wind in the grasses fell quiet.

The silence screamed a warning.

I closed my eyes, clenching my fists so hard my fingernails left bloody half-moons on my palms, and willed myself to be brave. After all, this was
middle
America, how bad could it be?

A few moments
later
I realized I was holding my breath and hesitantly let it out. Muffled sounds, as though of someone--some
thing
--descending
stairs,
came from behind the door. My pulse jumped and became a jackhammer in my throat. I was both wildly hopeful and wildly afraid and
for basically
the same reason: in all this bleakness, this desolation,
I was not alone
.

When the footsteps reached the
door
I heard metal
rasp
on metal, as though a bolt were being fo
rced back. Goose bumps prickled
my arms
as
I thoroughly regretted the adventurous streak that had made me think a shortcut to my parents'
home
would be a good idea.

I held my
Fendi
bag before me like a holy shield as the door opened, apparently of its own accord.

"Hello?" I said--or tried
to
.
My throat was dry and a rasping sound escaped
.
I cleared my throat and leant forward to peer into the lobby.
Wooden t
orches burnt in sconces by the door casting trembling shadows along cobblestone lined walls.
The
room was made of
chiseled
stone slabs and completely empty.
No
tables, no paintings, no chairs.
Most importantly, no telephone.
On the
right
a steep spiral staircase ascended into darkness.

This was
so
like a ride at Disney
W
orld, the only thing missing was the slow rising wail of maniacal laughter.

"Hello!" I overcompensated and my voice echoed off the walls.

My back was hurting from bending over, peeking into the lobby.
I started to take a step inside to get a better view of the room--
they had to have a phone somewhere. As soon as I called my
parents
I could retreat to the relative safety of the dirt road and take my chances with the snakes and hoot owls. At that moment, a man stepped forward.
H
e seemed
to magically materialize
in front of me
, though I realized he
must have
been hiding in the shadows
.
Still, t
aken unawares, I let out a girlish scream and jumped back.

The man before me--if
indeed
it was a man and not one of Lovecraft's twisted imaginings
come
to life--was stooped and clothed in
what looked like
sackcloth
.
And
the smell
!
L
et's
just
say it was on the far side of ripe. He kept nervously casting his gaze about
the room
, never letting it rest on the same spot for more than a moment. With furtive birdlike
gestures
he beckoned me
to step f
ur
ther inside
the gloom
-
shrouded room.

Two Weddings and a Baby by Scarlett Bailey
LusitanianStud by Francesca St. Claire
Roman's Gold (Underground Heat, Book 1) by Gimpel, Ann
A Great Unrecorded History: A New Life of E. M. Forster by Moffat, Wendy
One Tough Cop by Dahlia Rose
My Way to Hell by Cassidy, Dakota
Sex and the Single Girl: The Unmarried Woman's Guide to Men by Helen Gurley Brown
The Not-so-Jolly Roger by Jon Scieszka
Breaking In: The Rise of Sonia Sotomayor by Joan Biskupic
A Penny for Your Thoughts by Bess McBride