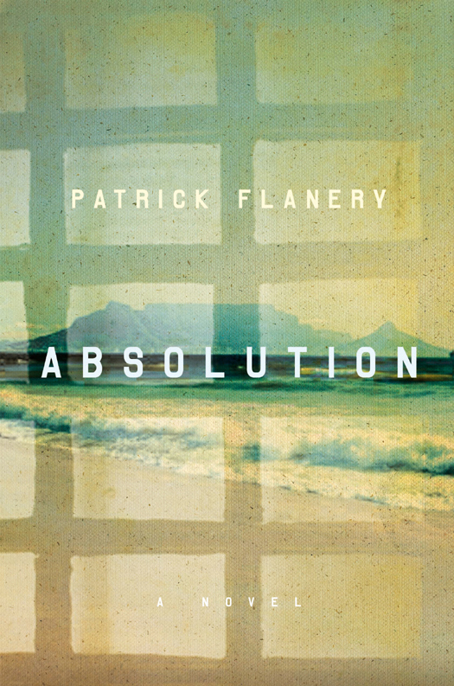 PUBLISHED BY ALFRED A. KNOPF CANADA

All rights reserved under International and Pan-American Copyright Conventions.

No part of this book may be reproduced in any form or by any electronic or mechanical means, including information storage and retrieval systems, without permission in writing from the publisher, except by a reviewer, who may quote brief passages in a review. Published in 2012 by Alfred A. Knopf Canada, a division of Random House of Canada Limited, Toronto, and simultaneously in the United Kingdom by Atlantic Books, Ltd., London. Distributed in Canada by Random House of Canada Limited.

This book is a work of fiction. Names, characters, places and incidents either are the product of the author’s imagination or are used fictitiously. Any resemblance to actual persons, living or dead, events or locales is entirely coincidental.

‘I’m told we met in London, Mr Leroux, but I don’t remember you,’ she says, trying to draw her body upright, making it straight where it refuses to be.

‘That’s right. We did meet. Just briefly, though.’ In fact it wasn’t London but Amsterdam. She remembers an award ceremony in London where I wasn’t. I remember the conference in Amsterdam where I spoke, invited as a promising young expert on her work. She took my hand charmingly then. She was laughing and girlish and a little drunk. I can see no trace of intoxication this time. I’ve never met her in London.

There was the other time, too, of course.

‘My editor says nice things about you. I don’t like your looks, though. You look fashionable.’ She draws her lips back on the final syllable, her teeth apart. There’s a flicker of grey tongue.

‘I wouldn’t know about that,’ I say, and can’t help blushing.

‘
Are
you fashionable?’ She spreads her lips again, flashes her teeth. If it’s supposed to be a smile it doesn’t look like one.

‘I have no memory of your face. Nor of your voice. I’d certainly remember that voice. That accent. I don’t think we can possibly have met. Not in this lifetime, as they say.’

‘It was a very brief meeting.’ I almost remind her that she was drunk at the time. She’s affecting to look uninterested in the present meeting, but there’s too much energy in the boredom.

‘You must know I’ve agreed to the project under duress. I’m a very old woman, but that doesn’t mean I intend dying any time soon. You, for instance, might well die before me, and no one
is rushing to write your biography. You might be killed in an accident this afternoon. Run down in the street. Carjacked.’

‘Quite so.’ There’s a lick of a smirk on one side of the mouth. ‘I’ve read your articles and I don’t think you’re an imbecile. Nonetheless, I’m really not optimistic about this.’ She stares at me, shaking her head. Her hands rest on her hips and she looks a little clumsy, at least clumsier than I remember. ‘I would’ve chosen my own biographer, but I don’t know anyone who would agree to undertake the task. I’m a terror.’ There’s a hint of the girlishness I saw in Amsterdam, something akin to flirtation but not quite, like she’s hoping a man will find her attractive simply because he’s a man, and I have to admit she still has a kind of beauty.

‘I’m sure lots of people would jump at the chance,’ I say and she looks surprised. She thinks I’m flirting back and smiles in a way that looks almost genuine.

‘None that I would choose.’ She wags her head at me, a reprimanding schoolteacher, staring down the famous nose. I may be tall, but she’s taller still, a giant. ‘I’d write my autobiography, but I think it would be a waste of time. I’ve never written about my life. I don’t entirely believe in the value of life writing. Who cares about the men I loved? Who cares about my sex life? Why does everyone want to know what a writer does in bed? I suppose you expect to sit down.’

‘Whatever you prefer. I can stand.’

‘You can’t stand the whole time.’

‘I could if that suited you,’ I say, smiling, but the flirtatious mood has passed. She pouts, points to a straight-backed chair and waits until I sit, then chooses a chair for herself on the other side of the room, so that we’re forced to shout. A cat wanders past and jumps on to her lap. She removes it, putting it back on the floor.

‘Not my cat. My assistant’s. Don’t put in the book that I’m a cat lady. I’m not. I don’t want people thinking I’m a mad old cat lady.’ There’s a picture on the back of her early books – the publicity
shot used for the first ten years of her career – in which she holds a baby cheetah, its mouth open, tongue sticking out as her tongue does now. It suggests the suckling toddler, or the stroke victim. ‘My British publisher insisted on the stupid cheetah,’ she’ll tell me later, ‘because that’s what an African writer was supposed to have, the wild clutched to her bosom, suckling the continent, all those tired imperial fantasies.’

‘What form do you anticipate this taking?’ she asks now. ‘Please don’t imagine I’m going to give you access to my letters and diaries. I’ll talk to you but I’m not going to dig out documents or family albums.’

‘I thought a series of interviews to start.’

‘A way of getting comfortable?’ she asks. I nod, shrug my shoulders, produce a small digital recorder. She snorts. ‘I hope you don’t imagine that we’re going to become friends over the course of this. I won’t take walks with you in my garden or visit museums. I don’t “do drinks”. I won’t impart the wisdom of the aged to you. I won’t teach you how to live a better life. This is a professional arrangement, not a romance. I’m a busy person. I have a new book coming out next year,
Absolution
. I suppose I shall have to let you read it, in due course.’

‘I’ve read your articles, as I said. You don’t get things entirely wrong.’

‘Perhaps you’ll be able to correct some of my mistakes.’

Clare did not answer her own door when I arrived. Marie, the beetle-eyed assistant, delivered me into a reception room that overlooked the front garden and the long drive, the high beige periphery wall mounted with barbed wire shaped and painted to mimic trained ivy, and the electronic gate closing out the road. Security cameras monitor the property. Clare has chosen a cold room for our first interview. Maybe it’s the only reception room. No – a house this size will have several. There must be another one, a better one, with a view of the back gardens and the mountain
rising above the city. She’ll take me there next time, or somehow I’ll manage to find it on my own.

Her face is narrower than her pictures suggest. If there was a fullness in her cheeks five years ago in Amsterdam, the health has receded and now her face is wind-cracked, a lake bottom in drought. It looks nothing like any of the photographs. Her unruly squall of blonde hair has silvered, and though it’s thin and brittle it still has some of the old lustre. Her abdomen has spread. She’s almost a very old woman, but doesn’t look her real age – more like sixty than whatever she really is. Her skin is tanned and the line of her jaw has a plastic tension. Despite the slight hump in her back, she tries to remain erect. I feel a flash of anger at her vanity. But it’s not my place to judge that. She is who she is. I’m here for something else.

‘I hope you’ve brought your own food and drink. I don’t intend to feed you while you feed off me. You may use the facilities at the end of the corridor on the left. Please remember to lower the seat when you’ve finished. It will encourage my sympathy.’ She narrows her eyes and seems to be smirking again, but I can’t tell if she’s joking or serious.

‘Are you going to record these discussions?’

‘I’m predictable. I’d like to start at the beginning,’ I say.

‘You’ll find no clues in my childhood.’

‘That’s not really the point, if you’ll forgive me. People want to know.’ In fact, almost nothing is known about her life beyond the slim facts of public record, and the little she’s condescended to admit in previous interviews. Her agent in London released a one-page official biography five years ago when requests for
information became overwhelming. ‘Both sets of grandparents were farmers.’

‘No. My paternal grandfather was an ostrich farmer. The other was a butcher.’

‘My father was a lawyer, an advocate. The first in his family to go to university. My mother was a linguist, an academic. I never saw much of them. There were women – girls – to look after me. A succession of them. I believe my father did a fair amount of
pro Deo
work.’

‘Did that inform your own political stance?’

She sighs and looks disappointed, as though I’ve missed a joke.

‘I don’t have a political stance. I’m not political. My parents were liberals. It was to be expected that I would also be a liberal, but I think my parents were “liberals” in the reluctant way of so many of their generation. Better we should speak of left-wing and right-wing, or progressive and regressive, or even
opp
ressive. I am not an absolutist. Political orientation is an ellipse, not a continuum. Go far enough in one direction and you end up more or less in the place where you started. But this is politics. Politics is not the subject at hand is it?’

‘Not necessarily. But is it difficult, do you find, to engage in a critique of the government, as a writer?’

She coughs and clears her throat. ‘No, certainly not.’

‘What I mean is, does being a writer make it more difficult to criticize the government?’

‘More difficult than what?’

‘Than if you were a private citizen, for instance.’

‘But I am a private citizen, as you put it. In my experience, governments mostly take very little notice of what private citizens have to say, unless they say it in unison.’

‘What I’m trying to ask is whether you think it’s more difficult to criticize the current government?’