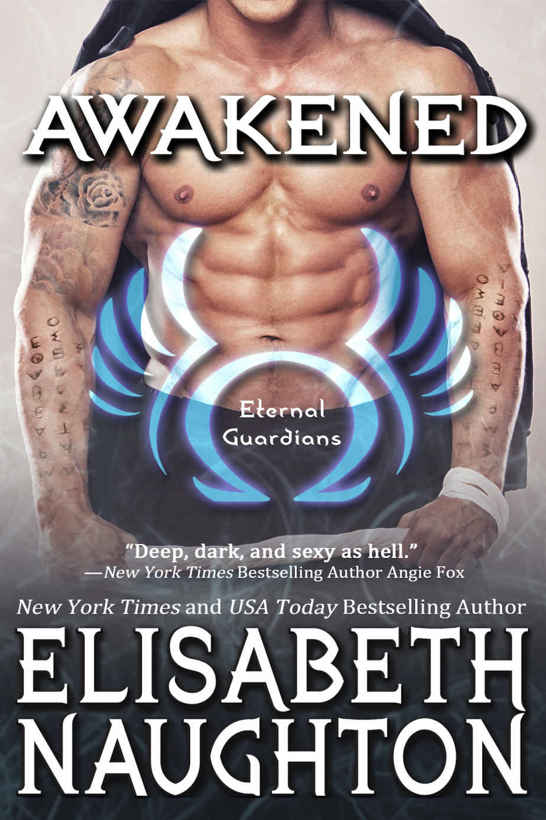 “Be still my heart; thou hast known worse than this.”

“T
wenty-five years is nothing but a blink of an eye to the gods. And peace is as fleeting as the wind. It will end. It will end soon.”

She rushed out of the Argolean castle through the tunnel she often used to slip away unnoticed, and ran into the forest unable to breathe, unable to think, unable to focus on anything but reaching her favorite spot. The one that overlooked the bay and always calmed her.

She stopped on the bluff far above the ocean, leaned forward, and rested her hands on her knees as she sucked back air. Tears burned her eyes. Tears she wouldn’t let fall. Her parents were arranging a binding between her and the Council leader’s son, Nereus. She didn’t want to be bound to anyone. Especially not to anyone associated with the Council, the governing body that advised her mother the queen, though more often than not they worked to undermine her mother at every turn. Elysia’s parents were convinced the binding would ease tensions between the two political factions in their country, but Elysia didn’t care about politics. She didn’t care about Nereus. Yes, they’d gone to school together, but they’d never run in the same circles. She barely knew him.

She pressed the palms of her hands against her eyes. She didn’t want a binding of any kind.
And my mother knows that
. She didn’t need a male to complete her. She had no desire to provide heirs for the throne. In fact, she couldn’t wait until her parents produced a male heir so she could forget about all this ruling crap they were preparing her for.

But what really hurt…what burned deep in the center of her soul was the fact that her mother was going back on her word. All her life, the queen had told Elysia that if she chose to be bound someday, the choice of whom she spent her life with was up to her. Elysia’s grandfather, King Leonidas, had forced Elysia’s mother into not one, but two political marriages for his benefit. Thankfully, circumstances had kept Elysia’s mother from completing those bindings, and eventually she’d been bound to Elysia’s father. Argolea was supposed to be a different—better—place than it had been for her mother. History was not supposed to repeat itself. Not now. Not over twenty-five years later.

Talisa’s voice echoed somewhere close, but Elysia couldn’t make herself turn to see where her cousin stood. The bitter bite of betrayal was all she knew. That and a searing urge to run.

Maximus.
That was her other cousin, Max. The three of them were supposed to go hiking together this afternoon on Max’s one day off from training with the Argonauts. Dammit, she should have known they’d find her here, in her favorite spot.

Everything. Everything was wrong. And she couldn’t stay even a second longer to tell them.

“I…I have to get away.” Away from this castle, away from her parents, away from everyone trying to control her. Dropping her hands, she turned slowly and stepped back toward the bluff.

Confusion darkened Talisa’s violet eyes. Wisps of black hair that had slipped free of her ponytail flitted around her worried features. At her side, Max—as blond and buff and big as his father, the Argonaut Zander—reached out for her. “Lys, wait.”

Elysia closed her eyes before either of them could touch her and pictured the field outside the witches’ tent city at the base of the Aegis Mountains. The witches manned the moving portals that were banned by the Council.
Banned per Nereus’s father’s orders
. The Council was always trying to control the Argolean people. Putting restrictions on them without the monarchy’s approval and banning the portals so its citizens couldn’t cross into the human realm without permission. Nereus and his father would try to control Elysia like that if she agreed to this binding. They’d take away her freedom. They’d turn her into someone she didn’t want to be. But she wouldn’t let them. Because she belonged to no male.

His words disappeared in the wind as she flashed across the distance with the telekinetic power all Argoleans possessed in this realm. Air whipped over her cheeks, brushing her hair back from her face. She breathed it in, letting go of her anxiety and stress.

Her feet connected with solid ground. She opened her eyes and looked across the meadow toward the tall oak trees on the far side. In the distance, the colorful flags of the witches’ tents waved in the breeze. Her heart leapt with excitement. Freedom was within her grasp.

Eight females emerged from the trees before she could take two steps toward that freedom. Eight females who clearly weren’t witches.

They were each dressed in tight black pants, sleeveless leather tops, and kickass stiletto boots. Each one sporting long, flowing hair in a variety of colors, their Barbie doll faces and curvaceous bodies clearly designed to seduce. And each held a bow and arrow aimed directly at Elysia’s heart.

Sirens.
Zeus’s band of deadly female warriors. Elysia drew to an abrupt stop. Occasionally, Sirens passed through their realm when they needed to speak to the queen about matters relating to the gods, but they always came through the guarded portal in the capital city of Tiyrns. And Elysia had heard nothing in the castle the last few days that gave her any indication Sirens were expected today.

“This is a surprise,” Elysia said, trying like hell to keep her voice steady. “Are you lost?”

The brunette in the center stepped forward, her arrow never once wavering from its target. “No, but you are, Princess.”

The way the Siren sneered the word “princess” put Elysia on instant alert. They clearly knew who she was. “I… Whatever you’re here for, I’m sure I can help you.”

A slow smile spread across the brunette’s perfect face. “I’m sure you can. Seeing as how you are why we are here.”

“Understand?” The brunette lifted her brow. Several Sirens rushed up to Elysia’s side and grasped her arms. “You will soon. Thank you for saving us a trip into the capital. Much less messy this way.”

“Wait.” Panic rose in Elysia’s chest, and she pulled back on the Sirens’ hold. “Let go of me. You can’t just—”

“Oh, but we can.” The leader lowered her weapon as the others pulled Elysia to a stop in front of her. “By immortal decree, Zeus has the power to choose any female from any realm to serve with his Sirens. And you, Princess, have just been chosen. Say good-bye to everything you know and love.”

That panic went stratospheric. Elysia had wanted to escape Argolea and everyone trying to control her in this realm, but not like this. Service with the Sirens could last millennia. And with them, she’d be more of a prisoner than she was here. “No. I can’t—”

“Bring her.” The brunette turned, and to the other Sirens, she said, “There is much to do, and Athena is anxious to see if this one can make the cut.”

“M
m…” Aphrodite swung her long legs over the side of the enormous bed and stretched her arms above her head. “That was wonderful.” Curly auburn hair the color of autumn leaves spilled down the pale skin of her naked spine as she turned and cast a coy look over her shoulder. “You get better and better, Damianos.”

The two naked nymphs who’d joined them scurried off the bed and rushed out of the room. Aphrodite pushed to her feet, all long lines and perfect curves, and crossed to the chaise.

The nymphs could disappear after the fact, the lucky females, but Damon could not. Rolling to his side, he propped his elbow on the mattress and rested his head on his hand as he watched Aphrodite slide a white silk robe onto her pale arms and tried not to be resentful of that fact. “Good thing, since my purpose is only to serve.”

Aphrodite smirked. “And you do it so well,
erastis
.”

Lover
. He hated the way that word sounded.

The goddess moved back to the edge of the mattress and sat, then reached out and twirled a lock of Damon’s hair around her finger. “Speaking of serving, a new class of Sirens is set to arrive.” She pushed out her full, plump lips in a sexy little pout. “Athena is going to try to steal you from me again.”