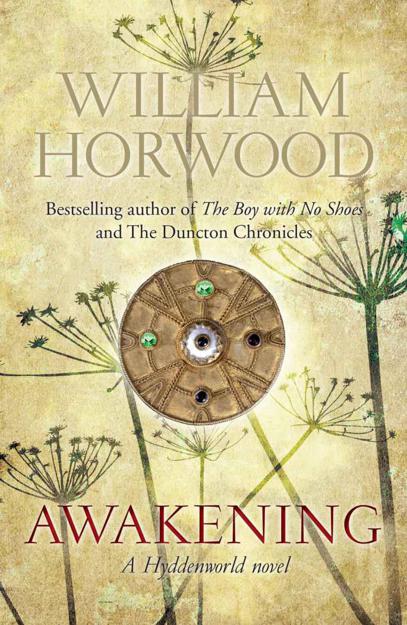 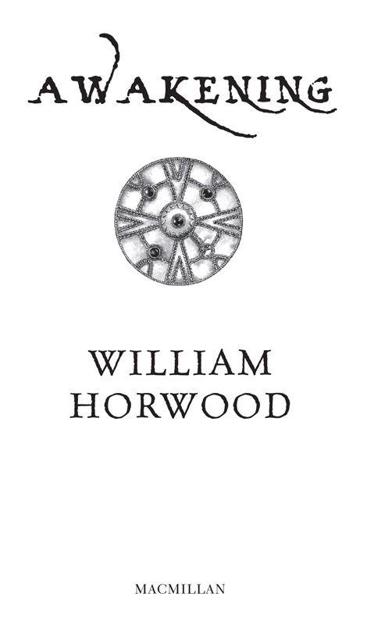 30 TO THE GREEN ROAD

34 QUEEN OF THE REIVERS

35 IN SICKNESS AND IN HEALTH

I
t was a hushed, still night and a million stars and a rising moon shone down upon White Horse Hill in Berkshire, England. Their light picked out the sinewy lines of the prehistoric horse carved into the chalk beneath the grass.

It was so clearly visible from the Vale below that two people had stopped awhile in the hushed and magical dark beneath the hill, on the pilgrim road that ended there.

‘It looks as if it’s about to gallop off across the Universe,’ said one of them softly, ‘or maybe it’s just showing us the way home.’

The one who spoke was eighteen, more man than boy. His name was Jack and he was stocky and strong, with a forward thrust to his head that suggested purpose and intent.

The other was his partner Katherine, who was the same age, as tall as he but fair-haired. She was tired and in pain, her head bowed. She held one of her hands to her belly, the other rested on Jack’s arm. She stood with difficulty.

Katherine was pregnant and very near her time.

She raised her head wearily and nodded, too tired to speak or even smile.

The trees and bushes that lined the old way were silver and shimmery in the night. Somewhere from across the Vale a church clock began to strike midnight.

The White Horse looked down on them and the stars and moon lit their path as they continued on their way.

‘Home’ was Woolstone House in the village of the same name. It was no more than a few hundred yards on, off the ancient way and to their right, over a stile, across a stream, and up the sloping pasture to the great garden where Katherine played as a child.

Less than two years before they had begun their journey here, going out into the Hyddenworld, a place as real as the human one. Jack’s coming had been long prophesied and Katherine was thought to be the Shield Maiden, a fierce warrior woman who rode the White Horse in service of Earth and Universe at times of great danger and sacrifice.

But the Hyddenworld was wrong about Katherine. She was just a girl who somewhere along her journey with Jack became a woman. It was not she who was the Shield Maiden, but the child she was carrying.

Now they had returned along the pilgrim road, passed through one of the henges which are the portals from the Hyddenworld to the human one and had come home to have her child.

With each passing moment her progress grew harder and she stumbled more, gasping from pain and for breath as her hand tightened on Jack’s arm. Tall though she was, he was by far the stronger of the two.

‘The White Horse is with us,’ he said, his voice deep and calm.

He himself was of both worlds, or neither. He came from Germany as a rare ‘giant-born’, a hydden with the attributes of both hydden and human races, regarded with suspicion for his size and warrior powers. His kind were usually put to death before they reached maturity, but when he was six he had been rescued from that fate and the White Horse had carried him to England to be raised among humans for his own safety.

They reached the pasture and began the final climb. Halfway up she gasped suddenly, leaned on him more, but did not stop.

The night was so clear that they could see every blade of grass on the path and finally the rise of great trees ahead of them where the garden began.

Each step was a struggle, her body wanting her to stop and lie down, the first sharp pain she had felt earlier coming again.

They knew their baby was a girl even though no human doctor had examined Katherine. They knew as certainly as they knew their own names. They knew their child would be unusual, perhaps unlike any child before. She had a name, she had a role, and the moon and stars shone bright that night because they wanted to light her way to where she needed to be born.

She leaned into him and moaned and whispered, ‘How far now because I don’t think—’

She moaned again and let out another cry.

The slope eased as they reached the edge of the pasture and a single loose strand of barbed wire was all that separated them from the trees beyond. It looked like a wood but they knew it was not.

These were some of the trees of a living henge, a circle of life. There was no breeze low down but above their heads a wind played between the high branches and ran lightly among the fresh young leaves.

It was a whisper of welcome, a sighing of relief, an assurance they were wanted and they were loved. It was the Earth’s own voice that spoke and the eyes of the Universe, which were all the stars, saw and winked in the black sky . . . as they had watched for nine months past, from the moment that the Shield Maiden was conceived in love and Jack and Katherine began their long walk back home, to bring her safely into the mortal world.

Jack reached out a hand, grasped the wire, barbs and all, and raised it high.

Sideways on, propped up by him, groaning, grimacing, floundering, she got under and then upright once more.

They went between two of the henge trees and began to cross the great circle of grass to the other side when she stopped, gasped and said, ‘I think . . . Jack . . . she’s coming now, she wants to be born.’

He looked through the henge up to Woolstone House, where all was darkness. It was too far to get there now, too late.

The wind above whispered more urgently and Jack said, ‘Here, you’ll have to have her here.’

He helped Katherine a few paces to the nearest tree.

He heaved off the great, heavy pack on his back and opened it, working by feel alone as he had learnt to do in the Hyddenworld for other emergencies than this, the greatest of them all. He laid out something for her to lie on.

As he went to her she grabbed him.

He backed her to the makeshift bed, helped her down, put the pack in place for her head.

He looked in the direction of the house.

She let out a little cry, laughed and squeezed his hand.

‘I
am
,’ he said as he knelt over her, holding her, stroking her, giving her his strength. ‘I am.’

The pain briefly passed, she breathed deeply again and said, ‘So . . . what now?’

‘I think it’s pretty clear what happens now,’ he said matter-of-factly, ‘but we need light . . .’

‘There’s light enough from the moon and stars,’ she said, her tired eyes filled with love and fear, her hands holding on to him for reassurance.

And then she screamed and screamed and cried and shouted and groaned and wept as the moon rode across the circle of the swaying henge above their heads.

His great, strong hands mingled with hers as they felt the baby, slippery and warm, in the shadow between her legs. ‘Oh Jack . . . she . . .’

She cried out, their baby did, her thin first cry across the Earth and out into the Universe. Then another.

He helped her bring the child to her bare stomach, then to her breast, to hold, and hold, and hold ever tight, to never let her go.

As for Jack, exhausted too, he held them both.

They had prepared for him to do what he must if it came to a birth in the open air. He had the knife, already sterilized with fire, wrapped up in clean plastic.

But when he took it out he said, ever practical, ‘I don’t think so.’

He got some matches and a candle, and sterilized the knife again . . .

She pushed once more and the placenta came out and lay there, large and black in the dark.

A sleepy calm came over them as the baby snuffled at Katherine’s breast.

Jack tied the cord in two places with twine, waited a little and then cut through in-between. No hesitation, no messing about, that was Jack. He put the placenta to one side and then checked that the baby was covered, and Katherine too.