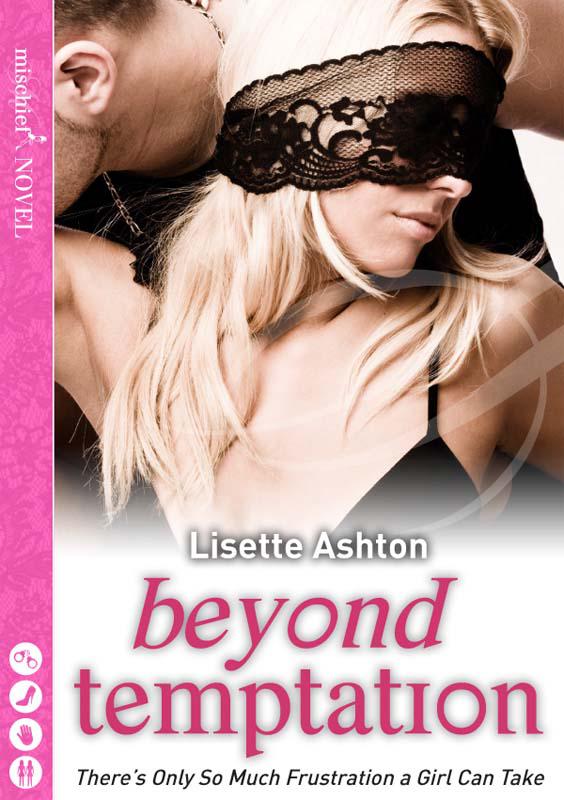 Robyn glanced across the table and decided she had to fuck him.

The thought sent a pulse through her loins and her breathing deepened. She could feel her cheeks redden and knew her dark-blue eyes were shining purposefully. After sliding off one shoe, she stretched her toes against the confines of her stocking. Beneath the table, she deliberately edged her foot towards him.

The dinner party was going surprisingly well, she thought. Its success was made remarkable by the fact that neither she nor her husband was milling around the guests and pampering egos. Robyn sat at the bottom end of the table, close enough to play footsie with Dominic and discreetly distant from the rest of the crowd. Her husband, Harold, was at the head of the table, lost in conversation with his secretary Sheridan. The delicate strains of Telemann’s
Tafelmusik
filled the air, adding to the baroque ambience of the evening.

Considering the weighty nature of the conversations she had engaged in earlier this evening, it shouldn’t have been a night for eroticism. Robyn felt sure that no one else in the room was thinking about sex, and that thought added fuel to her excitement. It made her feel daring and special and bold and unconventional. All of those moods enhanced her growing arousal.

As soon as her toes touched him, Dominic glanced up.

He gave her a curious smile. The fringe of his tousled blond hair dangled awkwardly over his cool grey eyes. Like every other man in the room, he wore full evening dress. The night had begun only an hour earlier but already Dominic had loosened his bow tie and popped the button on his shirt collar. The casual destruction of his well-groomed image gave him a distinctive appearance that set him apart from the other male guests.

Robyn’s desire for him turned into a desperate craving. It reminded her of the long month she had suffered when she quit smoking. A pulse throbbed between her legs, a rhythmic beat that increased her need with each quickening moment. When she caught sight of his playful grin she had to amend her thoughts. She didn’t just want Dominic: she needed him.

She cast a glance in Harold’s direction, checking that her foot-play had gone unnoticed. It was something of a relief to realise Harold hadn’t seen the exchange. But she should have known he would be oblivious to her. As was usual nowadays, he was engrossed in his conversation with Sheridan.

The secretary sat on Harold’s right-hand side as he regaled her with some lengthy anecdote that Robyn couldn’t hear. Her blonde hair was streaked with shots of pale blue and red, and the coloured locks bounced lazily up and down as she nodded her feigned interest in Harold’s monologue.

Robyn had no idea why Sheridan coloured her hair in such a way. With a touch of bitter jealousy, she suspected that it was the woman’s sad attempt to hold on to the last years of her youth before she struck the ripe old age of twenty-four. Not that Harold would have been paying any attention to Sheridan’s hair, Robyn noted cynically. The woman’s breasts weren’t overly large but – with her low-cut top and the benefits of a Wonderbra – she was displaying more cleavage than Robyn revealed in the shower. Harold’s gaze was fixed appreciatively on this sight. His smile was broad and lascivious.

Robyn didn’t mind his fascination with the secretary. She and Harold had each been pursuing their own interests since the start of their marriage and she knew they were both beyond jealousy. Admittedly, she didn’t care for Sheridan but she knew that in the past she had enjoyed the attention of lovers that Harold actively disliked.

The adage about two wrongs not making a right flitted through her mind. She cast the thought away with a frown, sure it wasn’t that particular issue that troubled her. Harold could screw whomever he desired, just as Robyn was free to enjoy the same privileges. It had been an unspoken rule of their relationship since the day they first met. She simply wished Harold would show a little more discretion with his latest flirtation, especially in front of their dinner guests.

Mentally dismissing her husband and his secretary she turned her smile back on Dominic.

‘You have a lovely home,’ Dominic said, leaning over the table.

Robyn glanced around the dining hall, a weary expression on her face, taking in the ornate chandelier, the oak-panelled walls and the framed oils. Heavy curtains fell from the dining room’s high ceiling to the floor. The silverware sparkled with a freshly polished lustre.

‘It keeps the cold out.’

‘Is that you?’ he asked, nodding at one particular painting.

Robyn smiled at the canvas. ‘Harold doesn’t like that one,’ she explained. ‘He seems to think it’s too exhibitionist to have my half-naked body displayed in front of our dinner guests.’

Dominic seemed to be considering her remark as he studied the painting. There was a playful smile on his lips.

‘I think it’s only right that you display your half-naked body to your dinner guests,’ he began. ‘I don’t think you realise how much some of them appreciate things like that.’

Beneath the table, she allowed her stocking-clad toes to brush beneath the cuff of his trousers. Her efforts were rewarded by the widening of his grin but he kept his gaze fixed on the painting as he spoke.

‘Is that one of Yale’s?’ he asked. ‘It seems to have the flair and the command of artistry I’d associate with Yale’s work – the depth and the bold, sensual strokes.’

‘Yale?’ Robyn frowned. The question made no sense and she wondered what had prompted it. ‘Yale, the American university?’

He shook his head. His patronising smile inched wider. The condescending glint in his eyes came close to quelling her need for him.

‘Yale Walters, the painter,’ he explained with infuriating patience. ‘I thought you would have heard of him, what with the column you write for
Art
.’

Not particularly caring about the conversation, she edged her foot higher, rubbing purposefully up his leg. The electric frisson of silk against his trousers sent a thrill shivering to the top of her thigh. With a salacious smile, she moved her toes closer to the growing bulge in his lap.

As she watched, he glanced at the rest of the diners, confirming that what he was doing with Robyn remained unobserved. She liked that he was showing enough courtesy to value discretion. That would make things easier.

‘Who is this Yale?’ she asked.

Robyn still had no interest in the topic. The idea of discussing an unknown artist came close to spoiling her mood. But she carried on anyway.

If any of her guests had seen her smiling inanely at Dominic they might have suspected something. Past experience of publicly dallying with lovers had taught her to be circumspect. The pretence of a conversation made for the ideal cover while her foot rubbed at him. She knew that the only person who might be within earshot was her PA, Gayle, sitting in the chair to Robyn’s right. And, while she trusted the woman, and knew Gayle was beyond gossip and tittle-tattle, Robyn was still careful.

‘I went to university with Yale, a couple of years ago,’ Dominic explained. ‘But I saw him again just recently. He’s developing quite a reputation for his work. I’d hoped your husband could do a feature on Yale’s paintings in a forthcoming issue of
Art
. Yale’s an excellent artist in the tradition of Lichtenstein and Ramos but most of the critics are saying he conveys a more palpable air of realism. Part of the reason I wangled myself an invitation here tonight was so that I could make you aware of him. He’s too good not to get the exposure that your column could give him.’

He’s a bloody agent, Robyn thought scornfully. She tried not to let this revelation kill her mood. With a determined effort she concentrated on Dominic as a potential conquest rather than a prospective vulture.

‘Have you had a chance to talk to Harold yet?’ she asked, maintaining the charade of a conversation.

Dominic shook his head. ‘Perhaps you could arrange an introduction?’

‘I’d like you to take me somewhere away from your husband,’ he admitted. ‘I’d like that very much. But I did promise Yale I’d mention his name.’

Robyn shrugged, growing impatient. The pulse between her thighs was beating with an insistent desire that was not being hastened by Dominic’s insistence on trying to promote an unknown artist.

‘You’ve mentioned his name,’ she said sharply. ‘I’ll keep an eye open in case I get the chance to see one of his exhibitions. If I do, I’ll review him.’

‘Perhaps we can find a way for you to show your gratitude.’

As she spoke, she pushed her foot firmly against him. Her toes had begun to touch the swell at the front of his pants and she traced the urgent thrust of his arousal. The discovery of his size and eagerness added to her growing excitement.

With the combined distractions, and the promise of further intimacy to come, she began to feel more kindly disposed towards holding a conversation about artists and their work. She was an art critic by profession and this was her forte. She felt more than able to carry her side of the conversation without having to think about it. She was able to speak whilst her body engaged with more physical pleasures.

‘What’s his medium?’ she asked, working her heel against the base of Dominic’s erection. As she delivered the question, Robyn reached for a breadstick from a glass in the centre of the table. Toying with it, the tip resting upon her lower lip, she grinned at him.

Handful of Heaven by Jillian Hart
The Heart of the Mirage by Glenda Larke
The Night Falling by Webb, Katherine
Shock by Francine Pascal
Worth Any Price by Lisa Kleypas
A Warlord's Heart by Michelle Howard
Romulus Buckle & the Engines of War by Richard Ellis Preston Jr.
Cinderfella by Linda Winstead Jones
Empyrion II: The Siege of Dome by Stephen Lawhead
A Cast of Falcons by Steve Burrows