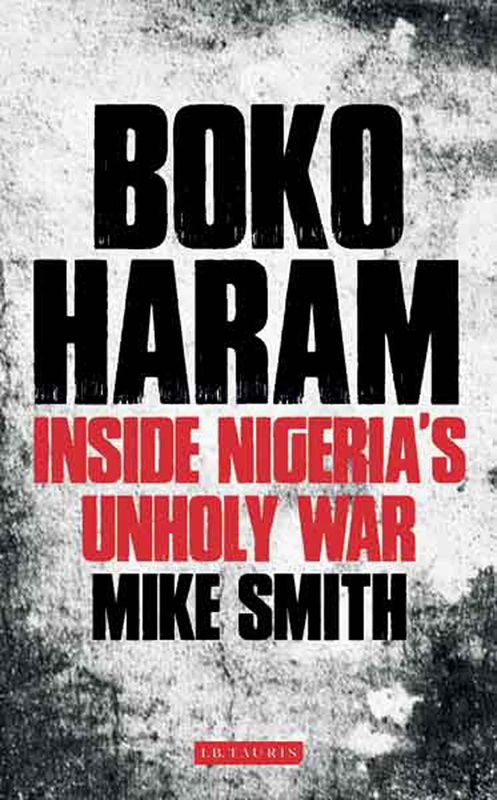 MIKE SMITH
is a foreign correspondent for AFP news agency. He was AFP bureau chief for part of West Africa from 2010 to 2013 and has extensively covered the Boko Haram insurgency.
âThere is certainly an urgent need for a comprehensive yet accessible account of Boko Haram about which much is written but yet little understood. The author is eminently well qualified, especially from his connection with AFP, who have been at the forefront of reportage on the situation of northern Nigeria, to tackle this subject. The book should find a ready readership among the policy and diplomatic community as well as academics and interested lay readers.'
â Richard Reid, Professor of the History of Africa, SOAS, University of London
âI enjoyed [this book] very much â it's a good read. It's [...] the best account I have read and offers a real sense of place â and crisis. Mike Smith's book will be widely read and cited.'
â Murray Last, Emeritus Professor of Anthropology, University College London
Boko Haram
Inside Nigeria's Unholy War

Published in 2015 by I.B.Tauris & Co. Ltd
www.ibtauris.com
Distributed worldwide by I.B.Tauris & Co Ltd
Registered office: 6 Salem Road, London W2 4BU
Copyright Â© 2015 Mike Smith
All rights reserved. Except for brief quotations in a review, this book, or any part thereof, may not be reproduced, stored in or introduced into a retrieval system, or transmitted, in any form or by any means, electronic, mechanical, photocopying, recording or otherwise, without the prior written permission of the publisher.
Every attempt has been made to gain permission for the use of the images in this book. Any omissions will be rectified in future editions.
References to websites were correct at the time of writing.
ISBN: 9781784530747
eISBN: 9780857735775
A full CIP record for this book is available from the British Library
A full CIP record is available from the Library of Congress
Library of Congress Catalog Card Number: available
Contents

A Note on Sources and the âBoko Haram' Label

1 â
âThen You Should Wait for the Outcome'

3 â
âI Will Not Tolerate a Brawl'

4 â
âThat Is How Complex the Situation Is'

Epilogue: âThey Should Not Allow Me to Die in this Condition'

When my companions passed, and my aims went awry
I was left behind among the remainder, the liars
Who say that which they do not do, and follow their own desires.
Abdullah Ibn Muhammad, brother of Usman Dan Fodio, from the
Tazyin Al-Waraqat
It is never easy to keep secrets in Nigeria; it is just that secrets, when divulged, are tied up in many distractions.
Wole Soyinka, from
You Must Set Forth at Dawn
List of Maps