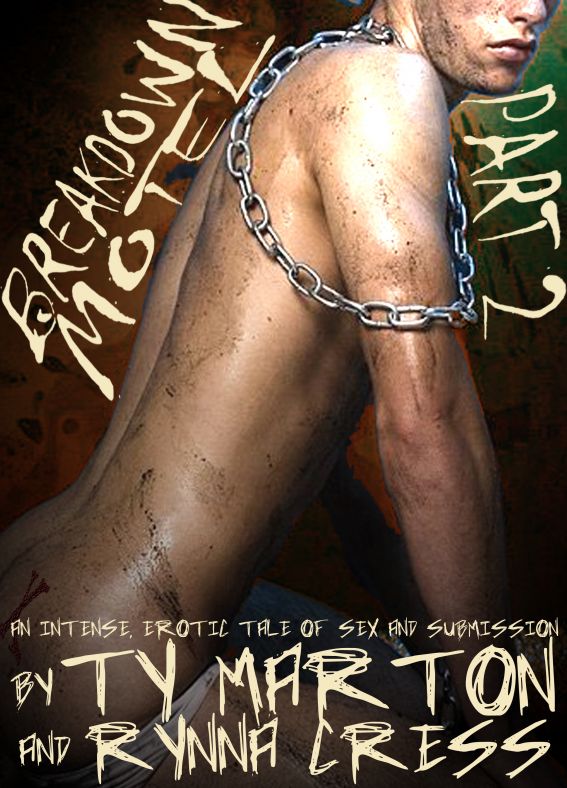 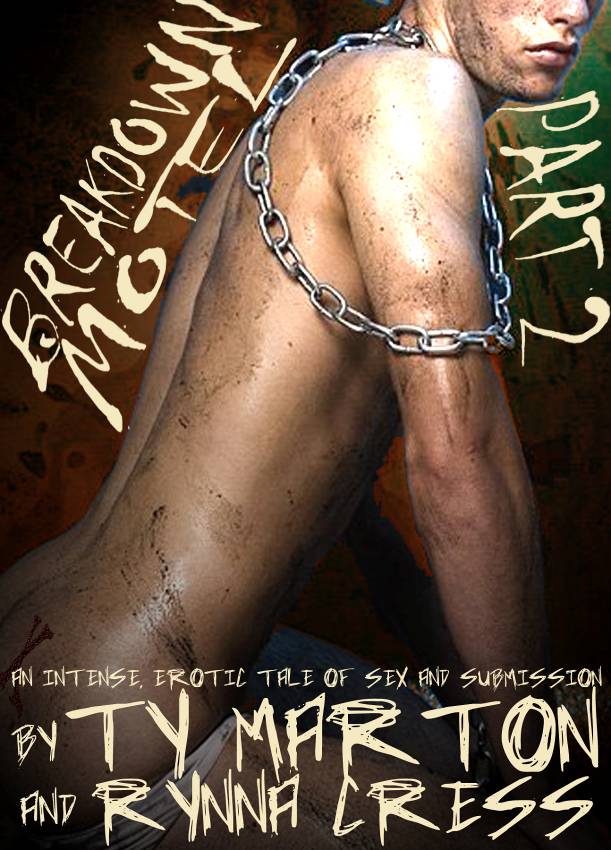 This ebook is licensed for
your personal enjoyment only. This ebook may not be re-sold or
given away to other people. If you would like to share this book
with another person, please purchase an additional copy for each
recipient. If you’re reading this book and did not purchase it, or
it was not purchased for your use only, then please return to
Smashwords.com and purchase your own copy. Thank you for respecting
the hard work of this author.

In just six years serving with the Haciera
County Sheriff’s Department, Jeff Kenton had already made his fair
share of drug arrests. But Derek Hestrix took the cake.

It had started off as a routine traffic stop
out on Highway 54, deep in the New Mexico flatlands, where the dry
brush seemed to stretch on endlessly past the distant horizon. It
was the verifiable middle of nowhere – the kind of place you rarely
expected to see anybody, let alone a cop. But, just as he did every
day he pulled the dreaded desert patrol, Jeff was dutifully making
his way up and down the dusty highway between Reynoldsburg and Beso
Canyon, half bored out of his mind – that is, until a shining red
pickup truck came zooming down the road, blowing right past him at
God only knows how fast. After making a quick U-turn and throwing
his siren on, it was only a matter of moments before the young
officer had the truck pulled over. Noting the truck’s vanity
license plate – “SRPRISE” – Jeff stepped out and approached the
driver.

It was safe to say the busty blonde behind
the wheel was not who he’d been expecting, but he’d learned never
to assume anything on the job. She smiled at him, playful and
careless, large white teeth glowing behind glossy cherry bomb red
lipstick.

“Aw, do I have to? The picture is three
years old – hardly does me any justice…”

She chuckled to herself, her eyes lazily
bobbing from side to side, unable to focus on any one point in
space.

Jeff arched an eyebrow behind his aviator
sunglasses, clocking her wooziness. “License and registration
please, ma’am,” he repeated. “Now.”

The authoritative tone didn’t seem to have
much effect on the woman. She merely cocked her head at him,
smiling flirtatiously.

“Take those sunglasses off, sugar,” she
said, her words slurring. “Lemme see your face. I bet you’re a
cute
one…”

Jeff took a heavy breath, shaking his head.
He never liked seeing people who were clearly intoxicated. Some of
the other guys found it amusing, and would proudly trade war
stories about the most ridiculous drunks they had ever encountered.
Some of them would have even been thrilled to come across a flirty,
doll-faced floozy desperate to charm her way out of a ticket. But
not Jeff. Growing up with a useless drunk for a mother and a father
who couldn’t stay out of prison, Jeff had developed no such
fondness for inebriation.

“I’m gonna need you to go ahead and step out
of the vehicle, ma’am,” he said, taking a step back, keeping his
eyes on the woman. Her face was a classic one – the universal ‘oh
shit’ moment that brings every mindlessly happy drunk back down to
earth. Jeff could see fear begin dawning across her face. She was
in trouble, and suddenly, she realized it.

“Look officer,” she said, clearly struggling
to sound sober as she stepped out of the car. “Was I really going
that fast? Can’t we work something out?”

Her hand inched its way forward, her
fingertips grazing the front of Jeff’s crotch. He batted it away,
maddening memories of his mother easily outweighing the temptation
of a sleazy quickie in the hot desert.

“Watch it,” he snarled. “You’re in enough
trouble as it is.”

The woman snorted, blowing her bangs up out
of her face and moving her hand back in for a second attempt. “What
are you, queer or something?”

With animal-like reflexes, Jeff snatched her
wrist, quickly pinning her against the side of the truck and
cuffing her hands behind her back. She gave a quick cry of
surprise, followed by a defeated whimper.

“There,” he said, satisfied. “You’re under
arrest. Now shut up and stay still.”

His attention turned to the interior of the
truck. He could feel the woman nervously watching him as he
searched the cabin, and he heard her groan in despair as he checked
under the passenger’s seat.

Pills - a large-sized plastic bag full of
them.

“Jesus Christ,” he muttered, knowing that by
sheer volume, the contents of the bag were likely worth more than
he made in a year.

“Quaaludes?” he asked, holding the bag up
for her. “Is this what you’re on?”

The woman had no answer for him, instead
choosing to spit on his shoes, the desperate, flirty bimbo routine
gone.

He ignored her insolence and turned back
into the cabin, rooting through her purse until he found her
wallet. He pulled it out, opening it and removing her ID.

“I told you,” she growled, “that picture
don’t do me justice.”

Jeff couldn’t disagree. He held the ID up,
his eyes darting back and forth from the picture on the card to the
face in front of him. The same eyes, the same nose, the same mole
on the chin…

But the picture on the card was of a
man.

“Ugh. Call me Trixie,” she sighed at
him.

“Fine.
Trixie
, you have the right to
remain silent…”

“I ain’t ever been inside a real sheriff’s
department before,” Trixie muttered, still deep in her woozy haze.
“Neat.”

“I somehow doubt that,” Jeff said, leading
her inside by her elbow.

There was a befuddled determination about
him. After radioing the arrest in to dispatch, Jeff had been fully
prepared to take her straight to county lockup for processing. But
no, dispatch had told him – Derek Hestrix was to be brought
straight to the station, an order that had come directly from
Sheriff Fox himself. Something strange was going on, and Jeff, hot
off what could potentially be the department’s biggest drug bust of
the year, was anxious. An arrest like this was like a big, shiny
gold star on your record, the kind of thing that put ambitious
young officers onto the DEA radar for a possible transfer. The last
thing Jeff wanted was something stopping him from getting this one
into the books.

“This way,” he said, leading her down the
hallway to one of the holding rooms. But Trixie wasn’t cooperating.
Instead, she slowed to a stop, fixated by something on the wall.
She giggled to herself, and Jeff, already on edge, shot irritated
daggers at her.

She ignored him, still giggling. Jeff
followed her gaze to the wall, where a bulletin board hung.

“That one,” Trixie said, darting her finger
out against a flyer, “he’s my favorite, you know.”

It was a missing persons flyer, where the
photo of a handsome, confident young man smiled back at the two of
them.

“Danny Major,” Jeff read aloud, suddenly
interested. “Guy disappeared around here almost a year ago. You
know something about him?”

Trixie’s fixation on the flyer suddenly
snapped, her eyes darting back to Jeff’s. That same “oh shit” look
spread across her face, and she gave a quick, nervous laugh.

Jeff stared right through her, his wheels
beginning to turn.

“Uh-huh,” he said, filing the moment away.
“Whatever. Now move it.”

“You’re so
stiff
, officer,” Trixie
said, obediently shuffling along. “I like it.”

Jeff brought Trixie to a holding room,
re-cuffing her to the table and telling her to sit tight. Someone
would be right with her –
just as soon as he figured out why the
hell she was here
.

He left her and made his way back down the
hall, eager for some answers from the sheriff, but then stopped
again at the flyer, giving it a second look. Danny Major… the kid
practically disappeared into thin air. For a while, the assumption
was that he had been taken hostage by one of the drug cartels along
the border, but after a fruitless wait for ransom demands that
never came, along with a dead-end investigation that went
absolutely nowhere, he was presumed dead. The department had never
had anything close to a lead, and most figured the case was simply
unsolvable...

“Officer Kenton. Just who I was looking
for.”

Jeff turned from the wall to find Sheriff
Fox, tall and brawny as they came, staring down at him over his
thick reddish-brown mustache.

“Sheriff,” Jeff said, shaking the man’s
hand. “Been looking for you, too.”

“Good,” Fox said, his eyes stealing a subtle
glance at the flyer on the wall. “How about we step into my office
for a bit?”

Fox’s office was small and simple, framed
around a tall window behind the desk with low sunlight streaming in
through the blinds. The Sheriff took a seat, the end of the day’s
light striping through across the back of his head.

“Quite an arrest you made today, Kenton,” he
said. “And Quaaludes, too. Haven’t seen many of those surface since
back when I was a deputy. Hell of a bust.”

Fox took his hat off and placed it on the
desk, scratching the top of his perfectly bald head as he spoke.
“Unfortunately, this is one fish you’re gonna have to throw
back.”