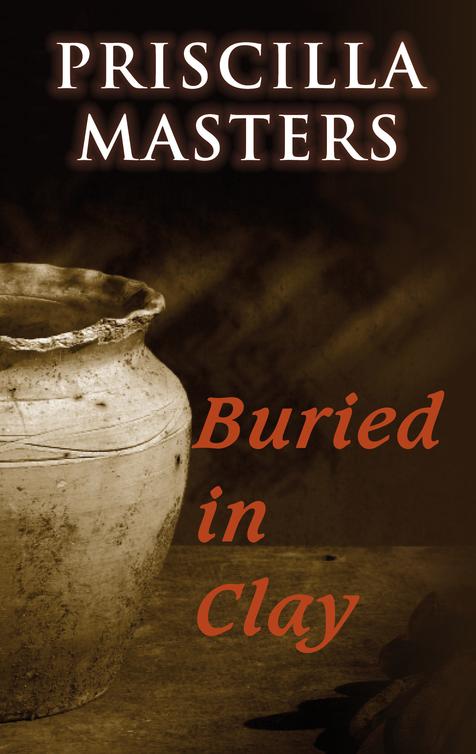 ‘No art with potters can compare

We make our pots of what we potters are’

‘…everyone that works in this place suffers more or less with coughs, and we are all stuffed up; we have known a great many deaths from it’

Breath’s a ware that will not keep.

Up, lad: when the journey’s over

There’ll be time enough to sleep.’

Also Available from Allison and Busby

I started writing this manuscript in the mid 1980s in response to an aunt's challenge about what I was going to do with the rest of my life. At the time I was running a small antiques business in Leek, Staffordshire, specialising in Staffordshire pottery and period furniture, particularly old oak. Travelling to salerooms in Nantwich and Chester I would take the road past Balterley and my eye was caught by a black-and-white house set prettily on a hill. I found out it was called Hall o'th'Wood and dated from the sixteenth century. Each time I passed it my imagination would be activated and I began to weave stories about the people who might have lived there linked with my appreciation for the erstwhile potters of Staffordshire. These stories grew into a manuscript which I entitled âHall o'th'Wood'. I wrote it on a manual typewriter, using Tipp-Ex each time I rewrote. I kept no copy!

The manuscript found its way to London and was
rejected by all the well-known publishers then adopted by a literary agent who also failed to place it. The sole copy was accidentally destroyed and I came to believe that the story of Hall o'th'Wood would exist only in my imagination. Years later, after I had made my name as a crime writer, my publisher questioned me about my early work. On learning that my first novel had been destroyed she challenged me to rewrite it. I did wonder whether I could remember the story more than twenty years later but as I typed I recalled words, phrases, events and the story unfolded.

This, then, is that story and who else could I dedicate it to but Susie Dunlop who has resurrected my first novel, Juliet Burton, my current literary agent and David Shelley who has been with me for almost all the way. With thanks to all of them for their enthusiasm, patience and loyalty.

With apologies to Sotheby's Chester saleroom. I know you did not open until the 1980s but this is fiction and it suited my purpose to have you open for business in 1967â¦

Time. He barely had enough. Two days at the most before they would come for him and his opportunity would be lost for ever. He must work fast. There was much to do if he was to create this dumb witness. And so he worked furiously, trying to do the work of minutes in seconds – of hours in minutes – listening all the time for the knock on the door which he knew would come – finally. He only prayed for two days’ grace. He needed no more.

But there were parts of the production that would not be hurried.

And the first of these was the forming of the pot.

With a potter’s eye he selected a lump of pale clay of the right size and texture for his purpose, kneading it until he had removed all the bubbles of air which would
otherwise destroy it when it was fired. He took his customary care, ignoring the hourglass pouring sand through his brain, concentrating only on the slippery smoothness of the clay. Its familiar texture calmed him so he worked now rhythmically, almost in a trance.

First he centred the clay on the potter’s wheel, then he stroked it, feeling as though by instinct the form that would rise up from it. From time to time he dipped his hands in the bowl of water by his side. It would not do to let the clay dry out. It would stiffen the fluidity which was necessary to mould it. He worked his feet on the pedals, slow and steady, up and down, up and down, keeping the timing regular enough to turn the wheel at precisely the right speed so it would cooperate with his hands and find the shape hidden in the lump of clay. He had noticed before that if he could not keep up a steady rhythm the clay would slide off centre and the pot be spoilt. He could not afford that. He would have only this one opportunity to turn this pot. If he lost it its story would be lost for ever.

Now his concentration was all absorbed in the shape that rose, as though by magic, a phoenix from ashes, within his hands and he the creator. His feet, hands, eyes, heart, all worked together as one organ; his breathing slowed, his heart stopped racing. If he could only finish this jug, fire it, enamel it and paint it with his accusation it would exist into time’s future, as an accuser, a silent witness, a testimony to justice and the man whose guilt he did not doubt.

That was all he asked, that this piece of pottery would survive him. He might have a few days’ grace but he knew that he would die soon. All he asked was that he could leave this one object behind him so it might survive the years and one day…

It was not in his nature to dream. He was a humble, simple potter, not imaginative or fanciful but a man whose nature was bound up with the clay which he worked so competently with his fingers. It did not do to dream. And yet… His eyes peered darkly into the future. Perhaps his vision included hands picking his pot up.

But the lack of concentration brought its price. His own hand slipped and the jug wobbled and was almost spoilt but he kept his fingers firm, his forearms rigid, his shoulders relaxed and brought it back gently into shape. One could only coax clay, forcing nothing. And now it was time to take it from the wheel. He slid the wire underneath the soft, malleable clay and placed the finished object on the shelf.

He allowed himself to study it for a moment. Yes, it was fully formed but it was not yet complete. He took a long piece of clay, rolled and flattened it, then delicately bonded the handle to the body with slip – liquid pottery.

The kiln was hot enough now for the first gentle firing – biscuit firing, they called it. He slept beside the kiln while it baked the clay pot, wrapping himself up in a couple of the hessian sacks which lay nearby. While he dozed he listened but no footsteps came. The glaze had to be fired
at a higher temperature to melt the lead and seal the pot. As he worked he sensed that time was running out, almost felt the noose tightening around his neck, pulled at the collar of his shirt. The collar would be replaced by rope – he knew.

Finally it was time to paint the jug with the words that would testify to the world the truth about the accursed name, the accursed place and the accursed man. The story in its bald entirety. Matthew Grindall stopped for a moment, his dark eyes seeing her face which was hot with shame, the determination and horror of her death, and the fingers which held the paintbrush shook with rage so the lines were not true. Suddenly he gave in to tears. All had promised so well. But now he would never look on her face again, hear her merry laughter, listen to her voice again. He was so overcome with sudden hatred he almost dropped the precious pot. He would be with her soon, but not lying by her side in the churchyard. A convicted murderer could not lie in consecrated ground but he had arranged that he would be interred by loyal friends at dead of night beyond the wall which lay nearest to the wooden cross which marked her plot.

He took malicious delight in the execution of the picture, detailing the grotesque, the man hanging from the gibbet, his neck awry. But his face changed as he painted the crooked walls of the great house. No one could fail to appreciate the beauty of it. Ah, he thought, if only.

At last he had finished his work and laid down his paintbrush.

It was only minutes after he had placed the jug in the kiln, as he was still washing the paint from his fingers, that he heard the commotion outside the door.

They were coming for him.

They were removing the jug from the cooled kiln. Whatever the surrounding drama Staffordshire potters are not used to waste. David Cridman picked it up. ‘It seems a shame to spoil it, such a fine piece.’

Stuart Moncliff was more dubious. ‘Oh, I’m not so sure. It’s tainted. Bad luck. A curséd piece of clay.’

But Cridman was his senior and, it was rumoured, a partner in the potbank. ‘Perhaps I’ll take it home.’

And so the saga began…

We cannot help but walk over the past. In our towns and pavements, along streets and rivers, through the air which hangs with the cries of those who have gone before us. Why say walk when I mean trample? For our lack of awareness makes us careless and cavalier with all that has gone before. No person more so than an antiques dealer as I was. I might handle a piece of pottery or an item of furniture. But do I consider the lives and
sufferings of the men or women who made it? Do I think of their stories and emotions as I touch wood, fabric or pottery or stare at a painting? Sometimes I do – as with a sampler of a child made to sit out her Sundays sewing when probably she would have preferred to romp in the garden. On very rare occasions I have no choice but to confront the anguish that lies beneath a piece commemorating a battle, a life or a death. The jug was such an object. It was impossible to ignore its history.

There is a Chinese philosophy that life is a tangle of many threads. We select a thread and follow it through until the skein of life is laid before us. I do not agree. We have no real choices in our lives. Threads present themselves and we tug at them blindly, without any understanding of where fate is leading us. The threads themselves are malicious, waiting to entangle us, bind us and make us fast.

The jug was such a thread and I was destined to follow it through, from its angry conception on a potter’s wheel, thrown, originally, as a lump of clay but formed through skilled fury into a fine piece of pottery. Fired, enamelled, painted and glazed, somehow it survived, though its story was lost along the way. It seems strange to think that my entire life relied on so slender a thread. But such is fate. We can only wonder at it.

It is the joy of an antiques dealer to unearth the provenance of just such an object and it became my life’s task to untangle its story.

From the moment when I first cradled it in my hands, feeling the clay warmed by the sunshine that spring day, I was somehow aware that the thread of my life had tangled and when I unravelled it I was starting along a new course. My fate was now in the hands of others – the potter Matthew Grindall, Luke Chater, Rebekah, Richard Oliver both past and present, Richard’s family and, above all, that beautiful house, Hall o’th’Wood.