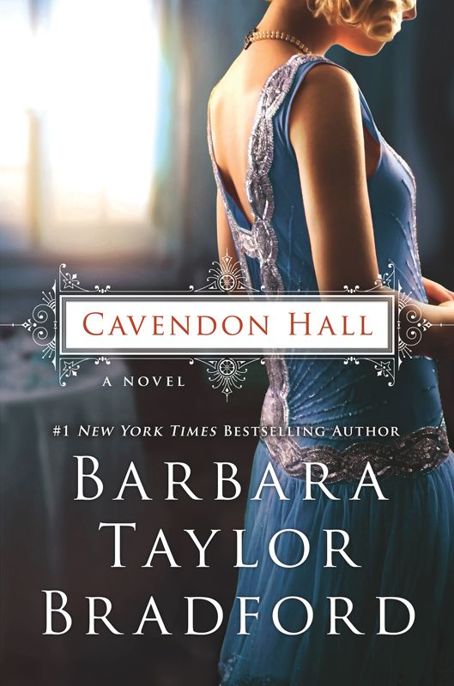 For Bob, with all my love always

It often happens that a character springs quickly to life in my mind. A wholly formed person, whom I know intimately, is hovering there.

That happened with Emma Harte, Blackie O’Neil, and later on with Paul McGill, in
A Woman of Substance
. In
Voice of the Heart
I knew exactly who Victor Mason was when he was suddenly my mental companion. And in
The Women in His Life,
Maximilian West came to me well formed. The man was a crystal-clear image in my head. I certainly knew Serena Stone when I started to write
Secrets from the Past
, and told that story in her voice.

About six years ago the same thing happened, when suddenly a lovely young girl called Cecily Swann was dancing around in my head. I not only knew her intimately, but I also knew what her entire life was going to be. I also had images of DeLacy Ingham and Miles Ingham in my mind’s eye. I knew that Cecily would be friends with the Ingham siblings all of her life. I worked on the outline of the book and saw that the story was covering many years. I understood that it should be a series.

Unfortunately, other projects and books intervened, and I put the Cecily Swann saga on hold. But finally, two years ago, it came to life once more, and I started to work on it after I finished
Secrets from the Past.

Certain things changed in the storyline as I wrote the first chapter, but the house, Cavendon Hall, was born in all its wonderful glory and historical past. And of course the Swanns and the Inghams became real people to me, as I hope they will be to you.
Cavendon Hall
is the first book. In the sequel, you will be able to follow the ups and downs, joys and sorrows, of everyone you are now going to read about. I can’t wait to start
The Cavendon Women,
and to revisit these fabulous characters. For me, when I begin a book, it’s like going on a great adventure. I never know what to expect. Or what’s going to change, as in
Cavendon Hall.
The Swanns and the Inghams will tell their own stories.

The Beautiful Girls of Cavendon

A Matter of Choice

A
LSO BY
B
ARBARA
T
AYLOR
B
RADFORD

A
BOUT THE
A
UTHOR

THE BEAUTIFUL GIRLS OF CAVENDON

She is beautiful and therefore to be woo’d,

She is a woman, therefore to be won.

Honor women: They wreathe and weave

Man is the hunter; woman is his game.

C
ecily Swann was excited. She had been given a special task to do by her mother, and she couldn’t wait to start. She hurried along the dirt path, walking toward Cavendon Hall, all sorts of ideas running through her active young mind. She was going to examine some beautiful dresses, looking for flaws; it was an important task, her mother had explained, and only she could do it.

She did not want to be late, and increased her pace. She had been told to be there at ten o’clock sharp, and ten o’clock it would be.

Her mother, Alice Swann, often pointed out that punctuality might easily be her middle name, and this was always said with a degree of admiration. Alice took great pride in her daughter, and was aware of certain unique talents she possessed.

Although Cecily was only twelve, she seemed much older in some ways, and capable, with an unusual sense of responsibility. Everyone considered her to be rather grown-up, more so than most girls of her age, and reliable.

Lifting her eyes, Cecily looked up the slope ahead of her. Towering on top of the hill was Cavendon, one of the greatest stately homes in England and something of a masterpiece.

After Humphrey Ingham, the First Earl of Mowbray, had purchased thousands of acres in the Yorkshire Dales, he had commissioned two extraordinary architects to design the house: John Carr of York, and the famous Robert Adam.

It was finished in 1761. Lancelot “Capability” Brown then created the landscaped gardens, which were ornate and beautiful, and had remained intact to this day. Close to the house was a man-made ornamental lake, and water gardens at the back of the house.

Cecily had been going to the hall since she was a small child, and to her it was the most beautiful place in the world. She knew every inch of it, as did her father, Walter Swann. Her father was valet to the earl, just as his father had been before him, and his great-uncle Henry before that.

The Swanns of Little Skell village had been working at the big house for over 160 years, generations of them, ever since the days of the first earl in the eighteenth century. The two families were closely intertwined and bound together, and the Swanns had many privileges, and were exceedingly loyal to the Inghams. Walter always said he’d take a bullet for the earl, and meant it sincerely.

Hurrying along, preoccupied with her thoughts, Cecily was suddenly startled and stopped abruptly. A figure had jumped out onto the path in front of her, giving her a shock. Then she saw at once that it was the young gypsy woman called Genevra, who often lurked around these parts.

The Romany stood in the middle of the path, grinning hugely, her hands on her hips, her dark eyes sparkling.

“You shouldn’t have done that!” Cecily exclaimed, stepping sideways swiftly. “You startled me. Where did you spring from, Genevra?”

“Yonder,” the gypsy answered, waving her arm toward the long meadow. “I see yer coming, liddle Cecily. I wus behind t’wall.”

“I have to get on. I don’t want to be late,” Cecily said in a cool, dismissive voice. She endeavored to step around the young woman without success.

The gypsy dodged about, blocked her way, muttering, “Aye. Yer bound for that owld ’ouse up yonder. Gimme yer ’and and I’ll tell yer fortune.”

“I can’t cross your palm with silver, I don’t even have a ha’penny,” Cecily said.

“I doan want yer money, and I’ve no need to see yer ’and, I knows all about yer.”

Cecily frowned. “I don’t understand…” She let her voice drift off, impatient to be on her way, not wanting to waste any more time with the gypsy.

Genevra was silent, but she threw Cecily a curious look, then turned, stared up at Cavendon. Its many windows were glittering and the pale stone walls shone like polished marble in the clear northern light on this bright May morning. In fact, the entire house appeared to have a sheen.

The Romany knew this was an illusion created by the sunlight. Still, Cavendon did have a special aura about it. She had always been aware of that. For a moment she remained standing perfectly still, lost in thought, still gazing at Cavendon … she had the gift, the gift of sight. And she saw the future. Not wanting to be burdened with this sudden knowledge, she closed her eyes, shutting it all out.

Eventually the gypsy swung back to face Cecily, blinking in the light. She stared at the twelve-year-old for the longest moment, her eyes narrowing, her expression serious.

Cecily was acutely aware of the gypsy’s fixed scrutiny, and said, “Why are you looking at me like that? What’s the matter?”

“Nowt,” the gypsy muttered. “Nowt’s wrong, liddle Cecily.” Genevra bent down, picked up a long twig, began to scratch in the dirt. She drew a square, and then above the square she made the shape of a bird, then glanced at Cecily pointedly.

“What do they mean?” the child asked.

“Nowt.” Genevra threw the twig down, her black eyes soulful. And in a flash, her strange, enigmatic mood vanished. She began to laugh, and danced across toward the drystone wall.

Placing both hands on the wall, she threw her legs up in the air, cartwheeled over the wall, and landed on her feet in the field.

After she had adjusted the red bandana tied around her dark curls, she skipped down the long meadow and disappeared behind a copse of trees. Her laughter echoed across the stillness of the fields, even though now she was no longer in sight.

Cecily shook her head, baffled by the gypsy’s odd behavior, and bit her lip. Then she quickly scuffled her feet in the dirt, obliterating the gypsy’s symbols, and continued up the slope.

“She’s always been strange,” Cecily muttered under her breath as she walked on. She knew that Genevra lived with her family in one of the two painted Romany wagons which stood on the far side of the bluebell woods, way beyond the long meadow. She also knew that the Romany tribe was not trespassing.

It was the Earl of Mowbray’s land where they were camped, and he had given them permission to stay there in the warm weather. They always vanished in the winter months; where they went nobody knew.

The Romany family had been coming to Cavendon for a long time. It was Miles who had told her that. He was the earl’s second son, had confided that he didn’t know why his father was so nice to the gypsies. Miles was fourteen; he and his sister DeLacy were Cecily’s best friends.

The dirt path through the fields led directly from Little Skell village to the backyard of Cavendon Hall. Cecily was running across the cobblestones of the yard when the clock in the stable block tower began to strike the hour. It was exactly ten o’clock and she was not late.

Cook’s cheerful Yorkshire voice was echoing through the back door as Cecily stood for a moment catching her breath, and listening.

“Don’t stand there gawping like a sucking duck, Polly,” Cook was exclaiming to the kitchen maid. “And for goodness’ sake, push the metal spoon into the flour jar before you add the lid. Otherwise we’re bound to get weevils in the flour!”

Cecily smiled to herself. She knew the reprimand didn’t mean much. Her father said Cook’s bark was worse than her bite, and this was true. Cook was a good soul, motherly at heart.

Turning the doorknob, Cecily went into the kitchen, to be greeted by great wafts of steam, warm air, and the most delicious smells emanating from the bubbling pans. Cook was already preparing lunch for the family.

El arca by Boyd Morrison
Century of Jihad by John Mannion
Reinventing Leona by Lynne Gentry
Modern Times: The World From the Twenties to the Nineties by Paul Johnson
Cruel Death by M. William Phelps
Two Captains by Kaverin, Veniamin
Untouchable by Ava Marsh
The Wolf Sacrifice by Rosa Steel
Cry for Help by Steve Mosby
Click by Marian Tee