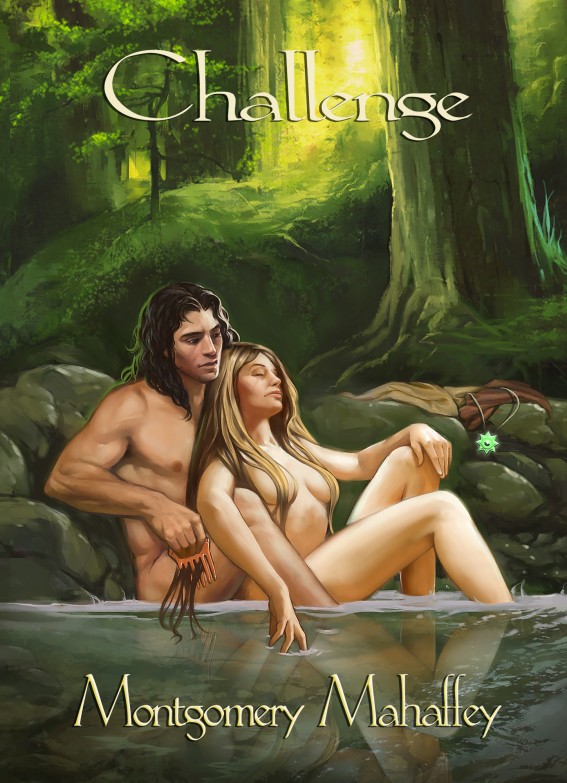 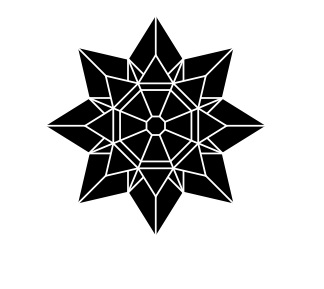 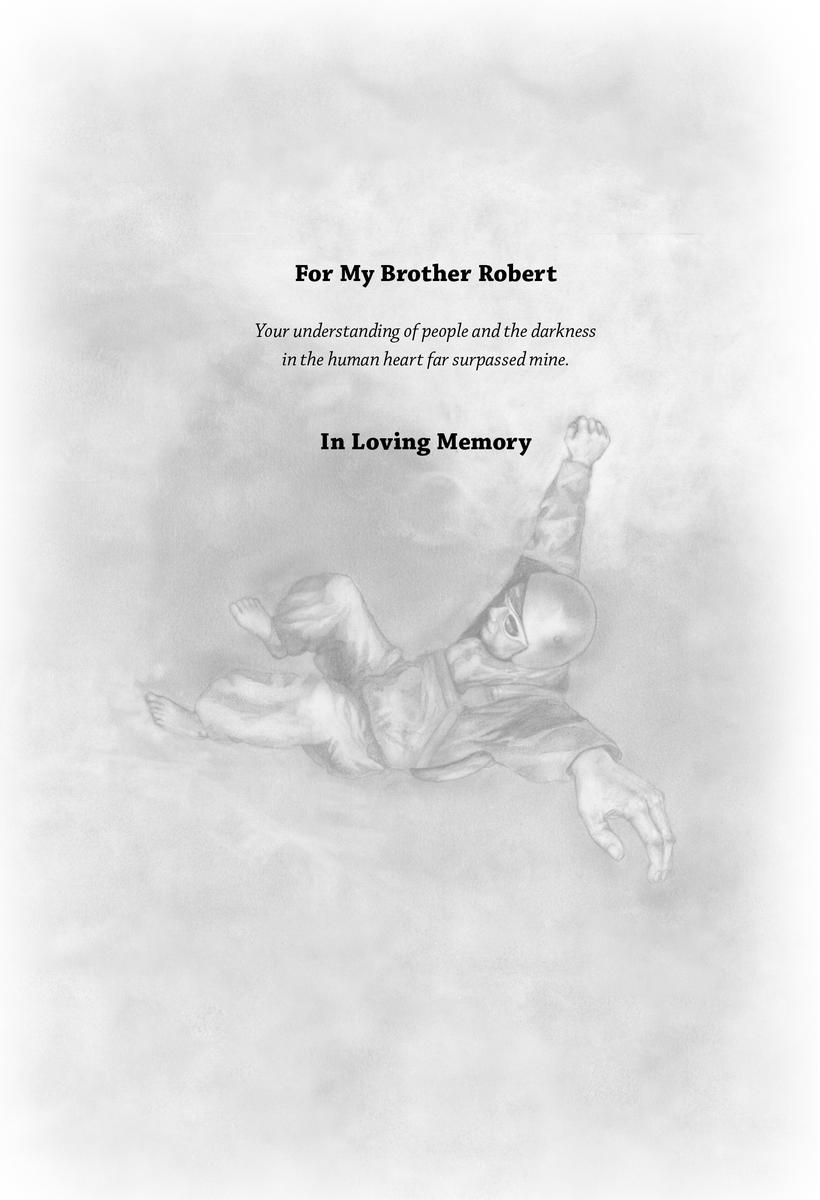 of Ella Bandita and the
Wanderer

Five and a half years later

He first saw her from the edge of No Man’s
Land, the stretch of forest between two countries. The Wanderer
squinted while looking at the horizon where a black silhouette ran
along the ridge in the land to the west. Until the shadow turned
downhill, he wondered if this was an apparition born of his
loneliness. Then he saw a horse and rider after they left the halo
of the setting sun. They ran for the woods, far from the gates
where lawmen would check papers and ask questions. He whistled when
the fugitive disappeared in the trees. Anyone caught crossing the
border in secret would lose a year of life in prison, possibly more
depending on the misdeeds that compelled one to flee.

Turning his gaze east, he saw end-of-day
glow spread across the hills, infusing warmth into the rain-soaked
grasses. The rains always started in the limbo between summer and
autumn, followed by sun and then rain again. He knew the rhythm of
the seasons well, but felt foreign in his home country. The land of
his birth had become less familiar, less comfortable than the
places where he couldn’t speak the language.

He was grateful for his last spell of work.
Instead of the usual paltry wages, he convinced the Patron to pay
him with a workhorse doomed for the slaughterhouse. Besides making
travel easier, the old mare’s presence was comforting. The Wanderer
inhaled the scent of grass and enjoyed the last rays of sun on his
cheeks. The clear sky promised nighttime stars, tempting him to
stake his camp where he was. Staring into the heavens while
drifting to sleep would take him back to faraway lands, to the
traveling mates and lovers he met along the way. When he came back
to the solitude of his waking life, those memories kept him
going.

But he’d be vulnerable in the open fields.
After a day or two, either the closest patron or sheets of water
would drive him off. No Man’s Land was a safer choice, because the
canopy of trees provided protection and plenty of forage. He might
pass a few weeks in there. The constant moving from one town to the
next was wearing him down.

Then the Wanderer felt her stare. He knew
from the tingling along his flesh that it was a woman who was
watching him. He scanned the fields along the edge of the woods and
found her up the hill, too far away for him to get a good look at
her. But even from a distance, the intensity of her gaze burned
into him.

The girl kicked her mount into a canter
across the field, circling the Wanderer at a five-stride distance
from him. The size of her horse was intimidating; it was the
largest stallion he’d ever seen and it stood many hands higher than
his old mare. The girl should have seemed overpowered by the
animal; her legs didn’t stretch down half its girth. But her back
was relaxed in an easy slouch, one hand holding the reins with a
loose grip. The Wanderer turned his nag to keep the girl in sight,
and noticed the crest of patronage scarred into the horse’s flank.
But she looked no more highborn than he did. Her blond hair fell in
a long braid to her waist, loose strands mussed around her face.
Her skirt was tattered and the once creamy blouse was dingy from
overuse.

Yet she had what his grandfather had always
called presence, the quality that commands attention in a crowded
room. The Wanderer observed the girl looking him over, her cool
gaze taking in his patched clothes and rucksack. Then their eyes
met. The air snapped around him, teasing along his flesh. He
noticed that the muscles of her long thighs were taut, and her
shapely calves disappeared into heavy boots. He could see the
silhouette of her high breasts underneath her blouse, the curve of
her waist swelling into hips.

When the Wanderer looked up, he flushed. The
girl’s lips were parted in a knowing smile, her regard penetrating
when he met her eyes again. As she raised her brows and chuckled,
heat shot through his veins.

He blinked a few times, stunned by her
greeting. Before he could answer, the girl turned her steed for the
woods and clicked her tongue, disappearing into No Man’s Land. She
had actually recognized him as a wanderer. Her voice echoed in his
mind. She had the kind of voice he liked best in a woman: deep in
tone, yet smooth like well-aged liquor. She must be an adventurer,
one of his own. Relief intoxicated the Wanderer and made him
restless. Turning his mare towards the break in the trees where she
went, he followed the swathe of trampled bushes.

He found her site after an hour. The girl
had claimed a wide clearing in the deepest reaches of the woods,
and there was plenty of space for him to build his tent across from
hers. She was nowhere to be seen, but the Wanderer could tell she’d
been settled here for a while. Her tent was large. A pair of
breeches and a smock hung from a line tied between trees. She had
an iron weave over a pit dug in the ground, and the layers of ashes
told on fires already burned. He was surprised she didn’t stir as
he worked. But after eating a light supper, he found himself
nodding off.

That night, the Wanderer slept the best he
had in a long time. Knowing somebody was nearby was comforting, and
he drifted easily into the land of dreams. Was it possible he’d
only been gone five and a half years? It seemed a lifetime had
passed.

The first days at sea had been
disappointing. The excitement of following the steward to his berth
diminished after he met his neighbors. The passengers around him
were dressed in the most exquisite clothes he’d ever seen, cut to
fit close to their bodies. They perused his oversized clothes,
looking to his private room with disbelief before the smiling mask
of good manners came over their faces. His neighbors nodded in
passing and acted pleasant, but they never invited him to join
them. His heart ached when he thought of how long the Bard must
have saved to buy him that ticket. His first week onboard gave him
the first dose of loneliness of his life.

But that was trifling compared to how he
felt when his grandfather died. The moment the Bard passed on, he
could feel it. He’d been at sea a couple of weeks. The morning was
lovely; the sun shone through wispy clouds and reflected a bright
wake along the sea. But the air stung his cheeks and wind pierced
through the patches in his wool coat. His mittened hands were
buried in his pockets, but he still had to rub his fingers together
to keep them feeling. The other passengers avoided the cold, so he
was alone on the deck when a sudden wash of heat crashed over him.
He was sweltering when the image of his grandfather backlit by a
mountain of fire came to mind.

The vision lingered. The heat absorbed in
his skin while the slap of the wind relented to the caress of a
breeze. The Bard had come to say good-bye, but the affection of the
farewell gave him no comfort. Knowing his grandfather was no longer
of this world dropped him to his knees. His hands clenched to hold
onto something that was gone.

A steward found him an hour later. He was
curled into a ball on the deck; his eyes were squeezed shut and
tears were frozen on his cheeks. The steward carried him to his
berth, and revived him enough to learn what happened. After that,
he knew the crew kept a close watch on him and even his neighbors
tried to be kind. But he neither saw nor heard any of them. He
avoided people, leaving his cabin only to descend to the decks
where nobody went.

One day, his melancholy was disturbed by the
whisper of an unfamiliar voice.

The stranger caught him off guard. Too
surprised by the greeting to pretend he didn’t hear it, he turned
toward the stairwell leading to the lower holds of the ship. From
the tour he took on his first day aboard, he knew no passengers
stayed down there, only cargo and rats, but there were two men
peering at him from the cracked door.

He wouldn’t have seen them but for their
bright yellow hair. The men opened the door wider and he saw they
must be from the northern countries. They had eyes in the same deep
blue as the rivers of ice that covered their lands for centuries.
But the warmth and sympathy he saw in their gaze melted the freeze
of his isolation, and he no longer felt alone.

“
What are you looking so
sad about?” they asked.

The captain and stewards were relieved he
finally came to the dining room that evening and they were happy to
see him eat with so much enthusiasm. They didn’t see him wrapping
breasts of chicken and mounds of potatoes in his napkins to hide
them in his pockets. His presence in the berth was pretense after
that day. He stayed in the bowels of the ship with the Northern
Brothers, and the joy and laughter they shared kept the gnawing
ache away.

After they came to port, his new friends
took him in and he was initiated in the libertine ways enjoyed by
wanderers. They got him drunk for the first time, taught him how to
ride in caravans, fight off thieves, and steal aboard ships. But
after they bought him his first woman, his days were numbered until
the day came when he would move on.

It was his eighteenth birthday. The Northern
Brothers teased him until he admitted the reason he always declined
going to the brothels when they went. His cheeks were hot when he
told them he had never known a woman.

“
That settles it then,”
they said. “Tonight, you’re coming with us.”

He remembered what his grandfather always
said about following his heart and tried to refuse. The Northern
Brothers wouldn’t hear it.

“
You may be blind to how
the ladies look at you,” they said. “But we’re not, and you’ll
thank us for this later.”

His heart pounded as he followed his friends
into the brothel. Yet the Wanderer was disappointed with the
prostitutes. They weren’t beautiful. Their faces were painted and
their smiles were unnatural. On a second glance, he saw one who
appealed to him. She seemed more comfortable in her skin and stood
apart from the others. She also gazed at him in a way that kindled
something he’d long forgotten. So he went with her and she brought
his lust to life.

The Northern Brothers later told him the
whore he picked was considered the best of them all, and the
Wanderer had no doubt that was true. Once released, his desire
became overwhelming. But he lost interest in the brothels, for the
women of every day distracted him the most. The leisurely whirl of
modest garments made it difficult for him to breathe. The scent of
perfume made him wonder how the flesh would taste. But it was the
glimpse of eyes following him that made the Wanderer lose his
senses for minutes at a time. Every time he caught a woman watching
him, memories of his mother were stirred and stopped him in his
tracks.