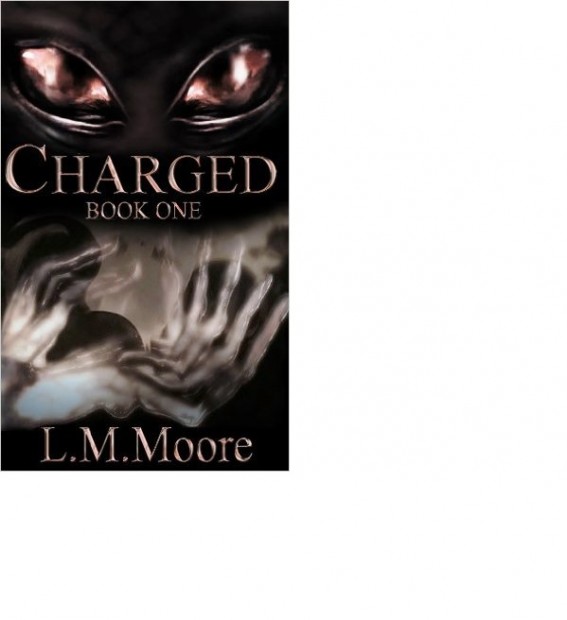 Sketch Artist for the Cover is

This book is a work of fiction. Any references to
real people, events, organizations, etc; are only used
fictitiously. All dialogue, incidents and characters are drawn from
the author’s imagination and are not to be construed as real.

I dedicate this to my mother. Her support, in all of
my endeavors, has been unlimited throughout my life. Okay, okay,
not all of them, but most of them. To the one person who has read
virtually every word I’ve ever written. I love you. Thank you for
everything.

WHEN SHE STEPPED ASIDE, I could see his naked body
laid out behind her. I didn’t need to see his face to know it was
him. It’s hard to forget a man almost completely covered in tats.
It was Richie. What was left of his black hair was matted against
his head and he was much thinner than the last time I saw him. And
this moment only reinforced the fact that he hadn’t changed his
ways.

In the room with me was a woman I wasn’t expecting.
The older, larger woman stood before me exuding confidence even
though I towered over her by more than a foot.
Where the hell
was Chris?
The woman then straightened her back and crossed her
arms; a clear sign she didn’t like me. And I didn’t know if I was
going to like her.

A combination of chemicals and cleaning agents
lingered in the air, odors I was all too familiar with. The white
tile floor had been recently cleaned with bleach and everything
else was thoroughly sterilized. I became acutely aware of the echo
of my footsteps and the lack of any background noises. The eerie
silence made the hairs on the back of my neck stand at
attention.

I followed her to the back of the room towards Richie
and that’s when it hit me. I didn’t even need to look at him to
know some organ was exposed. I was only a few feet closer and the
smell of rotting meat saturated the air. It’s a smell you don’t
forget. The acrid and slightly sweet odor penetrated my senses,
making my stomach churn. I could tell by the smell alone that he’d
been decomposing in a warm environment for at least a half a day
before he was brought here.

We stopped at the back of the room where she turned
on an overhead lamp. The bright light needlessly exaggerated his
mutilated skull. I had to look away for a second. He was lying on
his back on a metal shelf extending from one of the refrigerated
storage units. The entire left wall was lined in these stainless
steel units, an upgrade since the last time I was here.

I tried not to look at him too long, attempting to
hide the nagging shiver under my skin. Something sank inside of me.
Sadness started to creep in as forgotten childhood memories came
back to me.

I suddenly remembered the day I’d met Richie. Not
because it was pleasant but because it was the first time any kid
stood up for me. And it wasn’t really a fight. It was more like me
taking an ice ball the size of man’s fist to the side of my face. I
went down pretty fast, spilling out onto the cold snow, not really
knowing what had struck me. And I could hear the kids laughing from
the street. But it was only a moment before Richie was peering over
me, trying to help me up, cursing at the other kids. That was a
distant thirty years ago and the woman’s voice jerked me back to
reality.

“Mr. Kagen, Chris asked me to help you out,” she
said, extending her hand.

I’d mistakenly inhaled deeply. The stench and taste
of decay filled my lungs and mouth. I quickly exhaled and tried to
stifle a gag with my coat sleeve as the woman stared at me.

Shannon didn’t give me her name. She didn’t need to.
It was neatly typed on the plastic badge clipped along with her
photo on the front pocket of her lab coat. If I didn’t know who she
was, then that was my problem.

I was expecting to meet Chris, not Shannon. Now it
was doubtful I’d get all the information I needed. I nodded my head
politely and shook her hand.

“You wanted to see the body of a ‘Richard Stakes’?”
she said, paging through some papers attached to a clipboard. Her
stiff posture and stern gaze suggested that she had more important
things to do and was annoyed by my presence. She had one of those
naturally unhappy faces where the lips tilted down at the
corners.

Unfortunately, I needed Shannon. Once you hand in
your badge, that’s it; you can’t just walk into to a morgue to look
at a homicide victim. That was one more thing I didn’t want to
think about. Handing over your badge and weapon was a death
sentence for most cops. It wasn’t the only badge I was ever issued.
But it was the gold one that said detective on it.

“Nothing is finalized yet, but I’m leaning toward a
direct cerebral laceration as the cause of death. Someone literally
tore this guy’s head open,” she said.

“Weapon?” I didn’t know if she was going to disclose
this information. Usually, you didn’t get any specifics beyond who
discovered the body, who called it in and where the body was going.
I was counting on the favor I asked of Chris, the coroner I worked
with for the last twelve years when I was a detective.

“At this point, your guess is as good as mine. No
fragments in the wound, nothing significant under the fingernails,
no fibers and no postmortem bruising on the body… nothing,” she
answered.

It had been a few years since I’d seen a dead body,
but I couldn’t recall any of them looking like this. Bodies flashed
in my mind: suicides, drug overdoses, elderly that had no kin to
look in on them and had been dead for months. Not pretty.

Of course, there were the shooters. How many people
shot this year? Twenty-one maybe, but it was only March and none of
them matched this picture. I gazed at Richie’s corpse until I could
hear that faint droning noise in my head from whenever I stared at
something too long. And it never got any easier for me. I never
became desensitized. Throughout my career I kept thinking that it
was a flaw, a hindrance.

“In my twenty-five years in this field, I’ve seen a
lot, but nothing like this. The cut was made from the nape of the
neck to the top of the skull… approximately a four-inch depth at
the nape and a two-inch depth at the top, as if he was hanging
upside down when he was attacked,” she said, tracing the wound with
her left hand.

She hesitated, like she was contemplating what she
would say next. I was afraid that maybe she felt like she’d told me
too much. I needed more information. There was a long moment of
silence, but then she continued.

“The initial blow cut through both the parietal and
occipital bones.”

I noticed the content of his skull was almost
nothing. Whoever killed Richie had almost hollowed it out. I shook
my head a little. I needed to focus, not take another mental
snapshot of something else I didn’t want to remember.

“Where was he found?”

“In an alley off of Third Street,” she said.

“Was the body moved?”

“Is it possible the attacker was hanging upside
down?”

“I don’t think so, it’s too precise. It’s deliberate
and not in a sloppy way. This was one swipe with an unbelievable
amount of force behind it.” Then she quickly turned her back to me
and pushed the metal shelf with Richie’s body back into the
refrigerated cabinet, closing the door.

I understood her expression. I’d seen it many times.
This was heinous and she was afraid. When she turned back around,
her body was more rigid, a protective stance. She would divulge
nothing else to me at this point. It was more information than I
anticipated and I was grateful. But Shannon was nothing like Chris.
Chris was completely clinical about every homicide victim.

I shook her hand gently and gave it a slight squeeze
before letting go. And that’s when I noticed the pain. It was
always a mild ache but now it was escalating into a pulsating sharp
pain. I didn’t want to take the pain killers because it was hard to
focus so I knew it was coming. It was inevitable and I wanted to
leave before she realized I was disabled.

“Richie was a friend of mine a long time ago. I
really appreciate your help.” I looked into her gray eyes to
somehow convey to her that I would do all I could.

I headed out the door, my limp was now obvious. I was
sure she saw it on my way out. But I was relieved to escape the
lifelessness of the morgue and I kept thinking about the report she
paged through. It wasn’t the official police report, but it
could’ve shown me things that I couldn’t see and I knew I wasn’t
going to get it. Thanks to Chris’ unexpected absence, I didn’t
obtain all the information I needed.

“We expect the tox screening back in the next couple
days,” she said, calling out into the hall. “And tell everyone else
to give me more notice. I have things to do here.”

Now, I had to turn around and go back in there. I
headed back through the doors, trying to look like I wasn’t that
curious.

“Everyone else?” I said.

She looked up from her papers and said, “I wasn’t
perturbed by the sister and the girlfriend, but the FBI. I need
more time to sterilize my area.”

Why would the FBI be interested in Richie? He was
nobody and if he did have a girlfriend, I didn’t think he picked
the type that would stick around to identify his body. Richie
preferred to be a loner. I nodded my head like I understood her
complaints. That was her polite way of saying that the FBI was
involved and there was a girlfriend I needed to find.