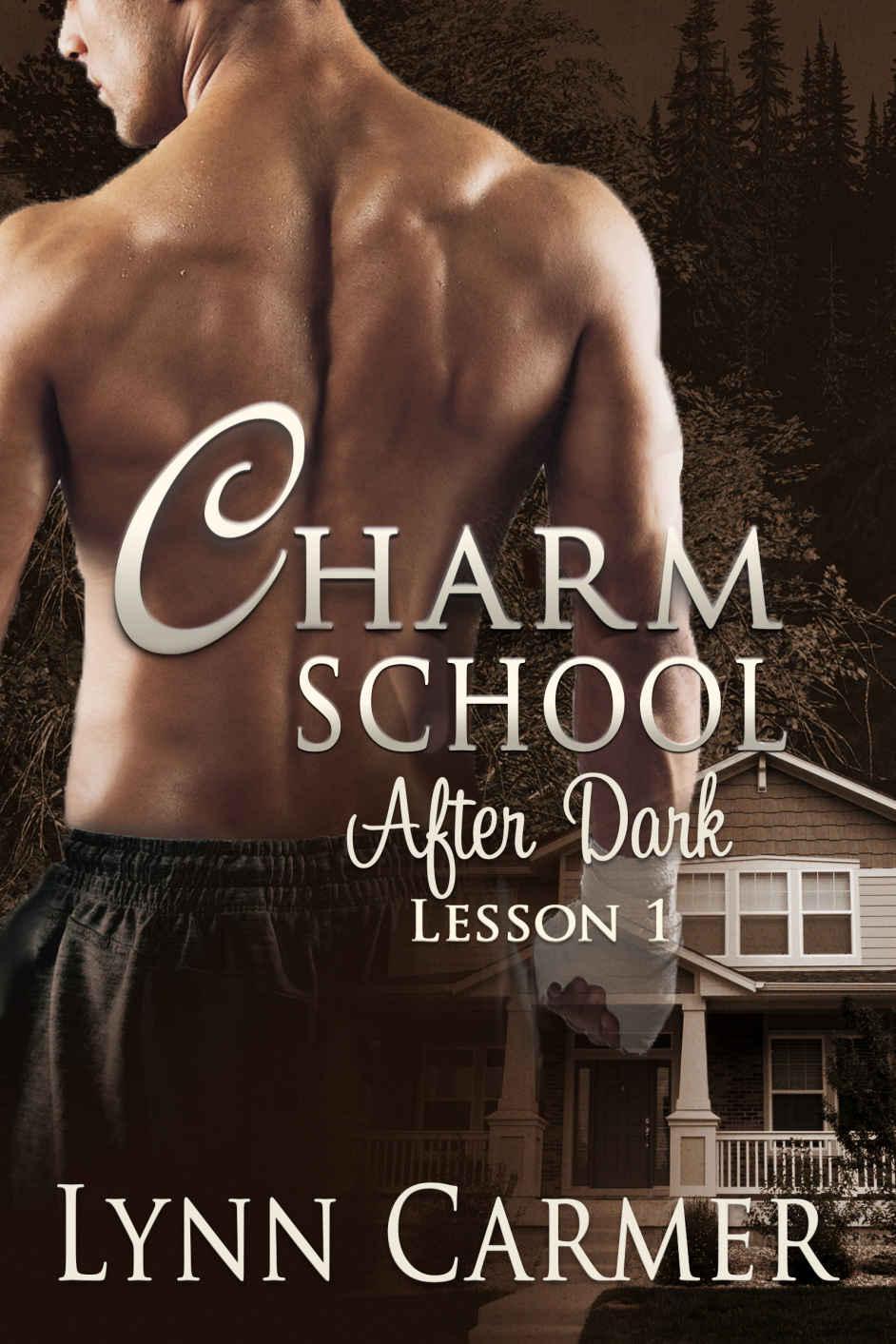 This book is a work of fiction. Names, characters and incidents are all products of the author’s imagination, and any resemblance to actual persons, living or dead, is entirely coincidental.

No part of this book may be reproduced, scanned, or distributed in any manner whatsoever without written permission from the author except in the case of brief quotations embodied in critical articles and reviews.

Other Books by Lynn Carmer

Other Books by Lynn Carmer

B
ANG, BANG,
BANG
!
It was official. A tiny man with a massive hammer – and not the good kind – had taken up residence in her skull and was doing quite the remodel job.

Oh, Pinot Grigio, why do you punish me so?

Caelen Calvo half-sat, half-sprawled in the oversized armchair tucked into the corner of the long, airy room. She tugged, half-heartedly, at the top of the black sleeveless jumpsuit that was slowly creeping down her chest. The outfit was tight on top, smashing her girls at an odd angle, not that it mattered. She’d learned a long time ago that beauty
was
pain. This ensemble screamed old-school glam with a modern twist, therefore totally worth the discomfort.

Now, if I can just get rid of this screaming hangover…

Exhausted, she couldn’t even lift her head to admire her shiny, new-ish, “Lou Lous,” a pre-owned but fabulous pair of red-bottomed, black-studded, Louboutin heels. Though the shoes were out of her line of sight, she took solace in the fact that they were there.

Her cheek rested against an embroidered satin pillow and her eyes fluttered shut as she contemplated the shit storm she called life.

In the span of a few months, she’d somehow ended up loveless, jobless, and most recently, homeless. A further complication? No one in her life knew any of it. So far, she’d been able to keep most of that information on the down-low, but she didn’t think she could keep up the ruse much longer—especially when she was locked in a room with three nosy sisters who sniffed out drama like bloodhounds trailing a fresh scent.

The Calvo Quads, together again.

It was only a matter of time before they noticed that she’d
temporarily
made herself at home in the spare bedroom the sisters had occupied during their summer visits to Ms. Belle’s Charm School. Ms. Belle had always allowed the girls its use; it was like a home away from home.

Just never thought I’d have to use it for anything more than a visit.

Now she was secretly living in the spacious room. Luckily, she learned from past mistakes –
no more over-packing –
to keep things to a minimum and only bring the necessities, like shoes, of course. Piles and piles of shoes. Plus, a few
tchotchkes
: pictures, personal toiletries, costume jewelry, her collection of gorillas—Oh yeah, plus two full racks of clothes, but that was it. Except for the other boxes of shoes rammed into the back of her car which she planned to sneak in that evening.

Damn
. Her phone was blowing up, again. It didn’t take a rocket scientist to figure out who was making the call. Let it ring. Her purse was too far away to do anything about the endless texts.

“How much longer ’til our meeting with Mr. Brown?” Caelen called out to her three sisters, who were all lounging in her makeshift bedroom.

“About twenty minutes.” Her eldest sister by only a few minutes, Athena, answered as she walked toward Caelen’s chair. “
So,
looks like you were out drinking again. What a surprise. Brynn, what’s the date today?”

Athena ran a hand through her short, light-purple hair. Last month, it’d been green, the crazy, Incredible Hulk green every young celebrity liked to sport. “Right, the fourteenth. So, what does that make it, the
fourteenth
time this month that you’ve gotten wasted?”

Pretty much
. Not that she needed Athena pointing it out to her. It’d been a hard few months.

“And why is there a shit load of shoes piled up in Ms. Belle’s room?” Little Mary Sunshine was just full of observations and annoying questions, today.

Caelen groaned. “Get off my back, Baby A. I’m not in the mood. And if you dare to refer to my shoes as a ‘shit load’ again, I’m going to have to hurt you. As soon as the little man with the hammer goes away,” she mumbled the last part, squeezing her eyes shut, willing the headache away. Her sister should have known she was serious when she used the “Baby A” nickname, their original hospital designation when they were in the womb. Too bad Athena was never one to pick up hints.

Caelen didn’t bother to lift her head as she answered. “My phone. Just ignore it.”
Like I do, every minute of every day
. She just wasn’t ready to confront the texts.

“Ooh! Lookey, lookey! What do we have here?” Dacey had meandered over to the opposite side of the room and sat on a bench that lined a huge bay window that faced the back of the house. Dacey was the baby of the family, as far as they were all concerned, although she insisted there could be no “youngest” with quadruplets.

Athena answered. “Would you focus, Dacey? I’m trying to find out what the hell is going on with Caelen. Am I the only one who thinks she’s been acting weird lately? I thought you had it all together, for once.”

“Oh my God, it’s a fireman! Here, in Ms. Belle’s backyard,” Dacey shouted from her perch on the window seat, her springy, blond curls framing a heart-shaped face. “Known fact, ladies: firemen are the absolute yummiest of all the service related jobs.”

Caelen and Athena continued to stare each other down, not yet ready to be drawn in by the irresistible pull of a sexy fireman.

Athena leaned in and said, “You don’t seem fine to me.”

“Where’s the fireman?” Brynn, the quietest of the bunch, and second oldest by one minute, asked as she walked toward Dacey.

“Out back, by the shed. I reiterate. The absolute hottest.” Dacey’s face was smashed against the glass to get a better look.

“Nuh-uh. What about a doctor in scrubs? Plus, he makes more money.” Brynn sat down on the window seat next to her sister, pushing her dark-framed glasses up her delicate nose, to get a better look.

“Meh. Give me a fireman, even a cop, any day.” Dacey responded without turning her head.

“How about a military man in his dress uniform?”

Now Brynn and Dacey were in their very own oversexed version of, “Mirror, Mirror, on the wall.” The two of them were talking over each other; she couldn’t tell who said what.

Oh wait, she didn’t
care
who said what.

Athena crossed her arms, exposing the colorful flower tattoo that dominated her right bicep, and stared her down. “You know this isn’t over, hon. You
will
end up spilling. That’s just the way it works.” Finally, Athena blinked and the high beams shooting from her dark green eyes shifted focus from Caelen and moved across to the back window.

Caelen ran a shaky hand through her dark hair, wincing as her fingers jammed into the dainty black fascinator that sat perched on the top of her head. She groaned softly, completely forgetting she was wearing the hat. In slow motion, careful not to move too quickly lest her head start to pound in retribution, she readjusted the front mesh, careful not to ruin her loose side bun. “Children, would you please stop drooling over the poor fireman, and come over here like the good, little girls Ms. Belle raised you to be?”

Each sister had a different response: one snorted, the second laughed and the third rolled her eyes. But none of them budged. Damn, that man must really be good looking for him to hold
all
of their attention.

“You’re just grumpy because you’re hung—and not in the way our friendly, neighborhood firemen out here is,” the loudest—and horniest—of all of her sisters piped up. Well, to be fair, Caelen had no idea if Dacey was really the horniest, but she was the most vocal about anything and everything that had to do with sex. She put the rest of them to shame. “Seriously, Caelen, you have to check this man out. He hasn’t even taken his uniform off yet, but I can tell by the way he moves that he could make a girl swear off vibrators. For maybe, like, a whole week!”

A whole
week?
This must be serious.

“Look! He’s walking toward the door and stripping down. Off comes the jacket. Oh. My. God. His shoulders are massive. He’s a
brick house,
” Brynn said with a wry gleam in her eye, adjusting her black-framed glasses as she leaned in for a closer look.

“Why is he stripping in the back of the school?” Caelen was curious but still couldn’t justify the pain the small walk would cause.

“I think he’s trying to make himself look presentable before he comes in. Remember Ms. Belle’s rule, no messy men allowed. Not that any of them ever follow the rules.
Idiots.”
Despite the purple hair and tattoos, Athena had always been the most regimented and structured of her sisters. Bossy was her middle name, but lately, something was off, she just seemed… harsh.

Note to self: Ask Brynn about what the hell was going on with Athena.

All three sisters were smooshed around the bedroom window overlooking the garden. Elbow jabs and butt bumps still didn’t make one of them budge.

“You know, there’s more than one window to peer out of.” Caelen said with one eye shut. It took too much energy to keep both open.

“No time. We might miss something on the way.”

Caelen laughed and then immediately sucked in a deep breath when a stab of pain went through her right temple. Slowly, she curled up in a ball and laid her head against the armrest, praying for the Ibuprofen to take effect. She’d been so upset the night before that she hadn’t employed her surefire hangover cure. The ol’
plop-plop, fizz-fizz
worked every time.
Unless, you’re so drunk you forget to take it.

The Curse in the Gift (The Last Whisper of the Gods Book 2) by Berardinelli, James
Shanakan (The Fourth Age of Shanakan Book 1) by Tim Stead
For Love or Magic by Lucy March
Cognac Conspiracies by Jean-Pierre Alaux, Noël Balen
Always Have Hope (Emerson Book 3) by Maureen Driscoll
The Masada Complex by Azrieli, Avraham
Chosen by the Governor by Jaye Peaches
Her Man with Iceberg Eyes by Kris Pearson
Didn't You Promise (A Bad for You Novel) by Amber Bardan
Children of the Elementi by Ceri Clark