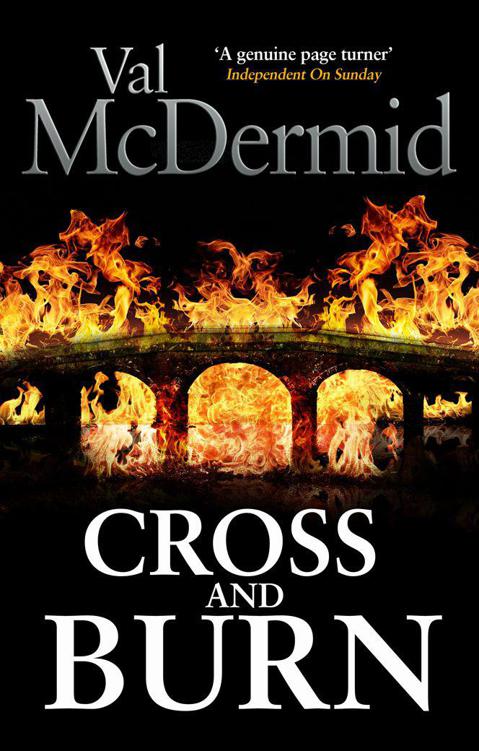 Val McDermid is a top ten bestseller, translated into more than thirty languages, with over two million copies sold in the UK and over ten million worldwide.

She has won many awards internationally, including the CWA Gold Dagger for best crime novel of the year and the the Stonewall Writer of the Year Award. In 2011, Val was the recipient of the Pioneer Award at the 23rd Annual Lambda Literary Awards.

In 2010, she was awarded the prestigious CWA Cartier Diamond Dagger. This followed her induction into the Hall of Fame at the ITV3 Crime Thriller Awards in 2009, the same year in which she was elected to an Honorary Fellowship at St Hilda’s College, Oxford.

A Place of Execution

Trick of the Dark

The Wire in the Blood

The Torment of Others

Fever of the Bone

The Writing on the Wall

A Suitable Job for a Woman

Lines from ‘Hammersmith Winter’ from the collection
The Wrecking Point
(Picador) reproduced with kind permission of Robin Robertson.

For my friends by the sea – thank you for taking me in and bringing me home.

Somewhere in my youth or childhood, I must have done something good
. I can’t think of any other reason why I am so lucky in the support systems that enable me to put this book in your hands. Some of them are experts who give up their time and expertise; some of them are my own backroom team; others go above and beyond the call of professional duty.

So I’d like to say thanks to Professor Dave Barclay for his DNA expertise; to Catherine Tweedy for her fascinating exposition of fingermarks; to Professor Sue Black for her unerring ability to astonish me; and to those who prefer to remain anonymous. Thanks to Marie Mather whose generous donation to the Million for a Morgue campaign is the reason why she appears in these pages.

The character of DCI Alex Fielding was first created by Patrick Harbinson for
Wire in the Blood
, the TV series based on the Tony Hill and Carol Jordan novels. I have appropriated her for my own purposes with the kind permission of Coastal Productions.

Unstinting gratitude to Kiri, who organises my life; to Carolyn, who makes it beautiful; to Tony, who keeps me on the fiscal straight and narrow; and most of all, to Kelly, Cameron, the cousins and their mums, who save me from myself. Not to mention the dog.

Finally, a big shout out to the professionals: Jane and the team at Gregory & Co, David Shelley and his crew at Little, Brown, my copy editor Anne O’Brien, Amy Hundley and her colleagues at Grove Atlantic, and all the booksellers, librarians and bloggers who have helped my books find their readers.

The hardest thing in life is to know which bridge to cross and which to burn.

But you’re not here, now, to lead me back

To bed. None of you are. Look at the snow,

I said, to whoever might be near, I’m cold,

Would you hold me. Hold me. Let me go.

H
e woke every morning with a prickle of excitement. Would today be the day? Would he finally meet her, his perfect wife? He knew who she was, of course. He’d been watching her for a couple of weeks now, growing used to her habits, getting to know who her friends were, learning her little ways. How she pushed her hair behind her ears when she settled into the driver’s seat of her car. How she turned all the lights on as soon as she came home to her lonely flat.

How she never ever seemed to check in her rear-view mirror.

He reached for the remote controls and raised the blinds on the high skylight windows. Rain fell in a constant drizzle from an unbroken wall of featureless grey cloud. No wind to drive the rain, though. Just a steady downpour. The sort of weather where people hid under umbrellas, heads down, paying no attention to their surroundings, faces invisible to CCTV.

And it was a Saturday. So she’d have no appointments booked, no meetings arranged. Nobody to notice an unplanned absence. Nobody to raise an alarm.

Saturday also meant the chances were much higher that her plans would take her somewhere suitable for their meeting. Somewhere he could follow the first steps of the carefully worked-out plan to make her his perfect wife. Whether she wanted that or not. But then, what she wanted was irrelevant.

He took a long slow shower, savouring the sensual delight of the warm water on his skin. If she played her cards right, she’d get to share it with him, to make a pleasant experience even more rewarding for him. What could be better than starting the day with a blow job in the shower? That was the sort of thing that a perfect wife would be thrilled to perform for her man. It had never occurred to him before, and he happily added it to his list. It had never occurred to the first one either, which was typical of her many failures to meet his high standards.

New tick box added to the mental list. It was important to be organised.

He believed in organisation, in preparation and in taking precautions. An outsider, looking at how much time had passed since that bitch had thwarted him, might have thought he’d given up on his quest. How wrong that outsider would have been. First, he’d had to deal with the mess she’d made. That had taken a ridiculous amount of time and he begrudged her every second of it. Then he’d had to be clear about his objectives.

He’d considered trying to buy what he wanted, like his father had done. But pliable though the Asian women were, it sent the wrong message to turn up with one of them on your arm. It screamed inadequacy, perversion, failure. The same went for mail-order brides from the former Soviet empire. Those harsh accents, the chemical blonde hair, the criminal tendencies ingrained like grime – that wasn’t for him. You couldn’t parade one of them in front of your workmates and expect respect.

Then he’d looked at the possibilities of internet dating. The trouble with that was you were buying a pig in a poke. And he didn’t want to poke a pig. He sniggered to himself at his cleverness, his skill with language. People admired that about him, he knew. But the even bigger trouble with internet dating was that there were so few options if things went wrong. Because you’d left a trail a mile wide. It took effort, skill and resources to be truly anonymous online. The risk of exposure with one split second of inattention or error was too high for him to take. And that meant if it all went wrong, he had no way to make her pay the proper price for her failure. She’d simply retreat to her old life as if nothing had happened. She’d win.

He couldn’t allow that. There had to be another way. And so he’d conceived his plan. And that was why it had taken so long to reach this point. He’d had to develop a strategy, then examine it from every possible angle, then do his research. And only now was he ready to roll.

He dressed anonymously in black chain-store jeans and polo shirt, carefully lacing up the black work boots with their steel toecaps. Just in case. Downstairs, he made himself a cup of green tea and munched an apple. Then he went through to the garage to check again that everything was in order. The freezer was turned off, the lid open, ready to receive its cargo. Pre-cut strips of tape were lined up along the edge of a shelf. On a card table, handcuffs, a taser, picture cord and a roll of duct tape sat in a row. He put on his waxed jacket and stowed the items in his pockets. Finally, he picked up a metal case and headed back to the kitchen.

He gave the garage one final look, saw he’d trailed in some leaf debris last time he’d been in there. With a sigh, he put down the case and fetched a brush and dustpan. Women’s work, he thought impatiently. But if everything went right today, soon there would be a woman to do it.