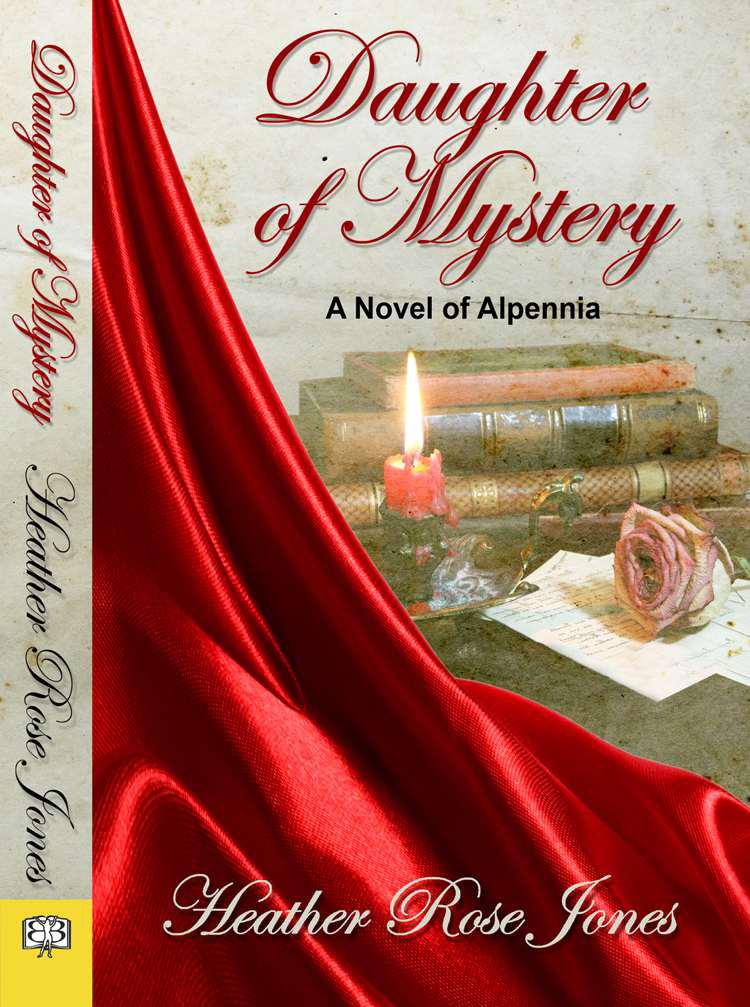 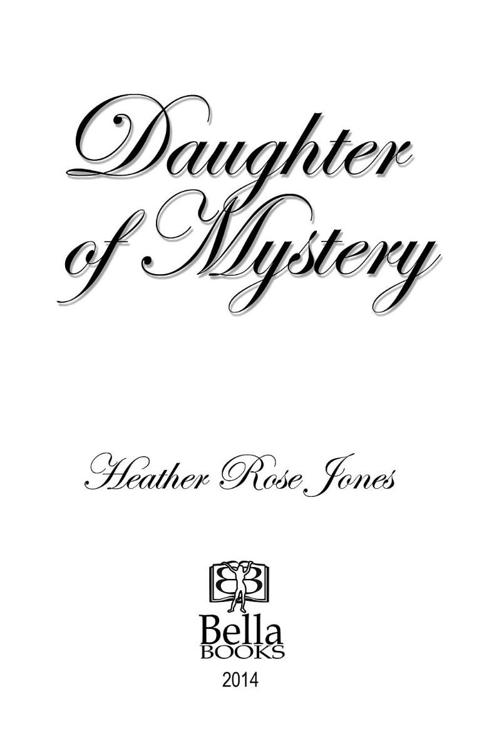 All rights reserved. No part of this book may be reproduced or transmitted in any form or by any means, electronic or mechanical, including photocopying, without permission in writing from the publisher.

Heather Rose Jones is a manufacturing discrepancy investigator for a major San Francisco Bay Area pharmaceutical company and has a PhD from U.C. Berkeley in Linguistics, specializing in the semantics of Medieval Welsh prepositions. She has previously published a number of short stories, including the “Skin Singer” series in Marion Zimmer Bradley’s
Sword and Sorceress
anthologies, as well as non-fiction publications on topics ranging from biotech to historic costume to naming practices.

For interested readers, there are three basic rules for Alpennian pronunciation. Names are stressed on the first syllable. The letter “z” is pronounced “ts” as in German. The combination “ch” is pronounced as “k.” Non-Alpennian names follow the rules for their language of origin.

Baron Saveze nodded almost imperceptibly to the waiting footman who removed a silver cover from the dish of
chapon à la Provençale
and slipped it deftly onto the table before him. He prodded the capon delicately with his fork, sliced off a morsel then paused with the fork halfway to his mouth to announce, “We shall be going out this evening.”

If the baron were less rich or less powerful, he would have been called an Eccentric, but Alpennian society didn’t use that word of a man like the baron. As he was the only person sitting to dinner, and as it was neither one of his eccentricities to explain his plans to the lower servants nor to presume such exalted rank as to speak in the royal plural, the target of this remark appeared to be the motionless figure standing precisely one step behind and to the right of his chair.

The baron turned his head the smallest fraction that would enable him to catch any reaction as he continued, “We shall be going to a ball.”

His auditor gratified him with a startled shift in stance.

Another dinner guest—had there been another dinner guest—would have been able to place that figure’s position in the household with some certainty, up to a point. That the coat and breeches were in the archaic mode indicated a position in the household staff. That they were of costly fabric spoke of valued talents. That a narrow-bladed sword hung at the waist—even here at a simple homely dinner—gave the profession as
armin
, a formal bodyguard, indeed as a duelist. That the body wearing those clothes and that sword was slim and muscular argued a seriousness to the position that went beyond the longstanding fashion in Rotenek for armed shadows. And that this slim, muscular body was also curved was…unexpected. But that
was
one of the baron’s eccentricities.

Barbara knew the game they played and maintained her stance of attentive but disinterested readiness as the baron turned more substantially toward her and said, “I should like you to wear the bottle-green satin tonight. My goddaughter is being introduced to society and I must make an appearance. I should like to make a good show.”

“As you wish,” she responded, in a tone that acknowledged that no reply had been needed.

He finally completed the path of the capon to his mouth and chewed thoughtfully for a few moments. “I do hope she’s grown more personable since I spoke with her last. She insisted on conversing with me in Latin! Said she needed the practice. But what does a fashionable young lady need with Latin conversation, I ask you?”

When his grumbling had died into silence, Barbara murmured, “May I speak?” in a tone slightly less formal than before. It had the light fluidity of a polite formula and she didn’t continue until a raised hand gestured his assent.

“What need, after all, has an armin for Latin conversation? Or for Italian? Or—”

“But that was different. Back when I set you to studying, I had no notion what use I might want to make of you. Margerit’s path has been fixed since the day she first set foot on it. A pleasant face, the usual social graces, a brilliant season and the best marriage her dowry can buy. A pity her father had the poor taste to follow his wife to the grave or she might have a bit more to bargain with.”

Again, the pause. Again, “May I speak?” Again, the nod. “You are a wealthy man and her godfather. Might you not—”

“Oh, certainly, certainly. Why else did they offer me that honor except in the hope of some return on the investment? And every penny I spend on her escapes the grasp of that nephew of mine. At least he hasn’t followed us out to this godforsaken town yet or he’d be tying bells on my purse strings to know every coin that slips out of his expectations.”

Barbara watched in concern as he took a second bite of the capon then sighed and pushed the plate away. The nearest footman whisked it back to the kitchen, following the path previously traveled by the trout and the
galantine de veau
. “Nothing tastes right any more.” He sighed again. “What’s the point of hiring a cook all the way from Paris if everything I put in my mouth tastes like pap?” From the aroma as each cover was lifted, Barbara knew the dinner had been among Guillaumin’s best. He shifted in his seat to rise and a second footman appeared to draw back the chair—pausing just in time when he sat back heavily with a hand pressed to his chest.

Barbara took a quick step forward in alarm. “Mesner, you’re ill. Don’t go to this ball; you should rest.”

The baron’s head snapped up. “You forget your place!”

She dropped to one knee beside him as if felled by an ax. There were no murmured politenesses this time.

He patted her gently on the shoulder, then gripped it firmly, using the action to mask how heavily he leaned on her as she helped him rise to his feet. “Your job is to protect me against the rest of the world, not against myself. That would be a task beyond even your skills.” He moved now with no sign of weakness. “Be ready in an hour,” he added from the doorway.

An hour might have been just barely sufficient for the baron’s meticulous preparations. In a quarter of that time, Barbara had changed clothes and was cooling her heels in the library with a copy of Fortunatus’s
De Mysteriis et Misteriis
. But translating Fortunatus failed to distract her this time. The green satin. That meant tonight was just for show and she hated being used for show. In the city, even a friendly ball might lead to— Her mind shied away from the events of the last month. That was real. That was sure. But this…this was an incongruous mix of frivolity and intrigue, of curious stares and blind obliviousness. The only thing that could redeem such an evening was the certainty of her duty and the satisfaction of performing it. But tonight she would be no more than a mark of the baron’s status, no different from the crest on his coach door or the number of footmen that waited to usher him to it for the brief trip through darkening streets.

There had been no chance to examine the venue in advance. The family of Margerit Sovitre, the baron’s goddaughter, was evidently of sufficient birth that the guest list was extensive but not of sufficient wealth that their own house could contain it. In Rotenek, it was the other way round: the oldest and wealthiest families hired the public
salle
for the entertainments their narrow mansions couldn’t contain while the new money, on the outskirts, had room for private ballrooms. But here in the country the titled kept expansive properties and those of lesser means hired public rooms in the civic hall. It occurred to her, seeing the rows of carriages lining the neighboring streets, that the most practical gift the baron might have given his goddaughter for her coming out would have been the loan of his house to host it. The ballroom would have been more than sufficient and currently it saw no greater use than her morning fencing practices. But no, this event would have been in train since long before the baron had abruptly moved his household from the city. And even simply housing the event would have been more strain than she’d wish on him at the moment.

There was no trace of his earlier weakness now as they entered into the noise and bustle of the foyer on the heels of a family dressed in the height of provincial fashion. A tall man in an elegantly sober suit hurriedly broke away from the preceding party and approached. He didn’t aspire to the heights of fashion that she was accustomed to in Rotenek but he would have done well enough if his sweeping side-whiskers weren’t so badly swallowed by the high stiff collar of his shirt. It gave the impression of a tortoise. He had the look of a man accustomed to the respect and obedience of those around him, but he bowed to the baron in a manner that stopped just short of obsequious.