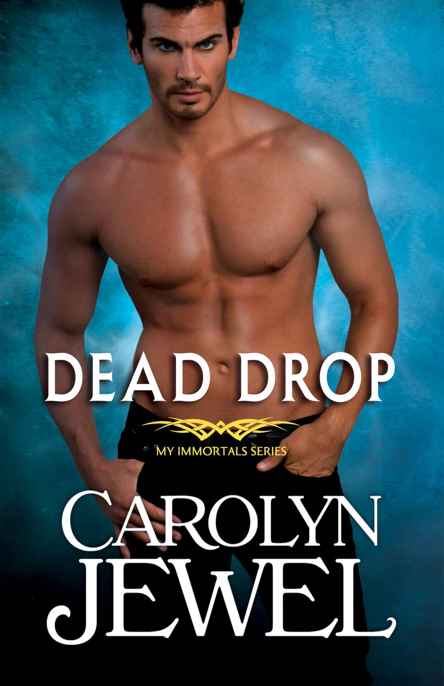 All rights reserved. Where such permission is sufficient, the author grants the right to strip any DRM which may be applied to this work.

The demon Palla is a warlord’s enforcer, a stone-cold killer. Wallace Jackson is a pacifist witch with a dangerous power. He wants nothing to do with humans until he needs Wallace and her unusual ability to help him free his former lover, Avitas, from a living death. His plan is to work with Wallace until she has control of her magic, free Avitas’s spirit from unimaginable suffering, and then, if he’s still alive, walk away. Done.

Wallace Jackson has been recruited to train with a group of street witches being taught to work with demons sworn to the local warlord. After weeks of failure, Wallace has decided there’s no point in continuing. One of the other witches is making her life hell, and any attempt to work with the demons leave her sick for days. No one is more shocked than she is when Palla, one of the demon warlord’s most deadly assassins, proves her wrong. To say they dislike each other is an understatement, and, yet, after nearly killing her, he wants a favor. The problem is, she can’t say no.

No part of Palla’s plan involves falling for Wallace. He doesn’t like her, she doesn’t like him, and that suits them both just fine. But as they work together, they discover they have more in common than either of them imagined.

Dead Drop
is a shorter novel set in the
My Immortals
series world where demons and magic-using humans called the magekind are not quite getting along and most people have no idea they’re living in what amounts to a magical war-zone.

My thanks to Carolyn Crane for reading early versions. And to Robin Harders for her editorial expertise. As ever, big thanks to my sister and my son.

Wallace wasn’t a woman easily discouraged, but the facts were stark. The whole come-here-and-practice-witchcraft idea? Not working. Not at any level. She was done pretending. Done smiling after she failed again. Done with pretending she belonged here. Just, you know, no more.

No more. She’d ducked into Maddy’s kitchen to steal a few minutes of dignity for herself, but she was conscious the social clock was ticking down. If she stayed here any longer, she’d be conspicuous by her absence, and Randi would for sure key in on that. Sad truth: Randi was a lioness, Wallace was the weak gazelle.

She remained at the kitchen sink with her head bowed and a paper cup of water in one hand. Pep-talking herself. No more feeling defeated and sorry for herself. Buck up, lady. You’re used to not belonging. Get over it, and get on with it. Like that, with some useless affirmations thrown in for good measure.
I am a good person
.
I work hard
.
I am kind to kittens and puppies
.
Most people like me
. She could be the nicest person in the world, and she still wouldn’t be able to do magic.

The kitchen where she was hiding out was in the Kensington, California home of Maddy Winters. The house had a killer view, a pool, and an open, airy plan. It was also one steep hill, two bus rides, and one long, long walk from Wallace’s South Berkeley rental.

The thought of going back in there with the others made her ill, even though after tonight she was done. There was no point to her being here. When she got home tonight, she was going to email Maddy that she wasn’t coming back. Nice and tidy, with the added benefit of no drama. No one had to fake being sad or regretful. She drank her water, refilled the cup, and turned around.

Her stomach twisted into a knot of razor blades.

Randi stood so close Wallace had to lift her cup over her head to have any hope of not spilling water all over her, Randi, and the kitchen floor. Since Randi didn’t move back, Wallace leaned against the counter.

Randi looked at her and saw a sick gazelle. Fine. All Wallace had to do was get through this evening. She could deal with Randi until then. Maybe just long enough to say she had a headache and wanted to go home.

“I did not–” Her paper cup flashed hot, and her stomach turned into a black hole. Luckily, the contact burn stopped as quickly as it had started, and she managed not to drop her water.

Randi darted a look at the cup. Expecting singe marks? “Do you have to be so clumsy?”

“Sorry if I startled you.” She wasn’t. She really wasn’t. In fact, the only thing she was sorry for was apologizing. Randi’s pettiness with the water was an emphatic period to her decision. If she hadn’t been entirely sure she was going to send that email tonight, she was now. Weeks of being relentlessly polite had failed. She wasn’t going to try anymore. “I didn’t know you were that close.”

Randi flicked her blonde hair behind her shoulders. Some witches flat out hated people like her. Where
people like her
meant
not very talented
. In fairness to Randi, the other reasons for her issues with Wallace appeared not to be a factor. Some people were not nice. That was Randi. “Like you didn’t hear me come in.”

She met Randi’s gaze, as wide-eyed and fake as possible. “Sure didn’t.”

“You are nothing. Nothing, you hear me?”

Instinct kicked in, and Wallace replied in cool tones. “You need to leave me alone.”

“Really?” Her eyebrows shot up. “Or else what?”

No one was here to see so, no surprise, Randi bumped her again, smiling the whole time. Water sloshed up against one side of her cup. The black hole in her mid-section shifted. It was like being on the ocean in bad weather.

Wallace spoke through her nausea. “Go away.”

Randi glanced over her shoulder at the archway from the kitchen to the entry. The others were still around the corner in the living room, but she lowered her voice anyway. “Nobody cares who you are, or where you come from, or how hard your life was. Kiss Maddy’s ass all you want, and you still won’t matter. Not here. Not with us. You can’t do anything that matters.”

She willed the woman to settle down. The calmer and more peaceful Wallace was, the calmer others were. During her years of being picked on as a girl, taunted for being poor, for being an orphan, for being tall, being black, too smart, too dumb, not black enough, for being different, she’d learned to bring calm to a tense situation. Since then, she’d elevated that gift to an art form. Survival and all that. “You need to leave, Randi.”

Randi took a step back. “Who do you think she wants around in the long run? A no-talent like you? Or someone like me?” She set her weight on one hip. “I really don’t think there’s going to be any contest.”

“Contest.” Calm. There was nothing here but calm. She had too much practice dealing with people who made Randi look like BFF material. “There’s no contest. If there is one, then, I promise you, I have not been competing.”

For half a second Wallace was convinced Randi was going to shove her into the kitchen counter. Wallace called on every inch of her calm. There would be no violence. No. None. Nothing. Violence was unacceptable. Unbearable. She lifted her free hand. “You win. I lose.”

Randi hooked a finger in the cup Wallace held and jerked.

For the second time in one night, the pit of her stomach turned into a black hole of pain. Her usual reaction to conflict had already made her sick to her stomach. Now there was the unpleasant addition of knife blades shredding the edges of that tremendous, flexing, hollow.

She was so, so tired of this BS. There was a hiss and a pulse of heat and then steam wafted in the air. The slicing pain in Wallace’s stomach got worse, to the point where she really thought she was going to heave.

Randi staggered back then bent over, gasping, one hand on her upper chest. Her mouth and eyes twisted up. She didn’t look too steady either. In fact, she looked like she was going fall over. “What the–”

La cazadora de profecías by Carolina Lozano
Gideon Smith and the Brass Dragon by David Barnett
Ordinary Life by Elizabeth Berg
52 - How I Learned to Fly by R.L. Stine - (ebook by Undead)
The Wife Tree by Dorothy Speak
Finding Me by Mariah Dietz
Mozart's Sister: A Novel by Rita Charbonnier
The Adventures of Mr. Maximillian Bacchus and His Travelling Circus by Clive Barker, Richard A. Kirk, David Niall Wilson
The Shotgun Arcana by R. S. Belcher
The Hidden Years by Penny Jordan