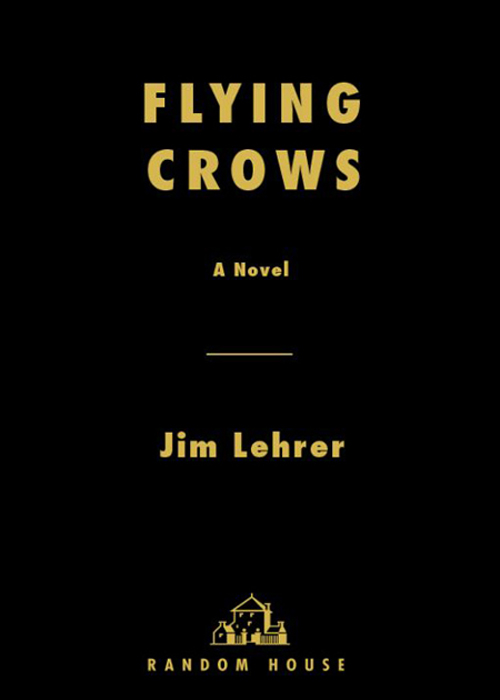 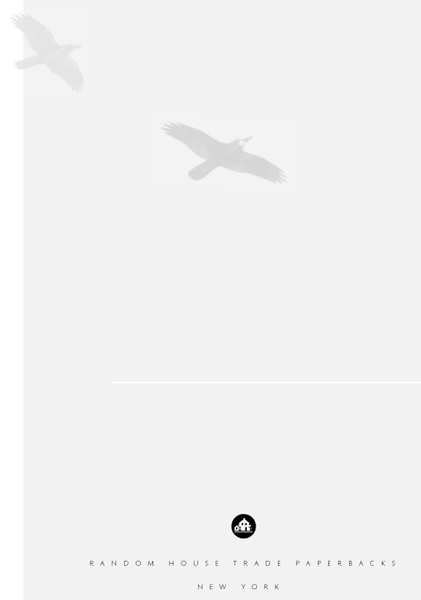 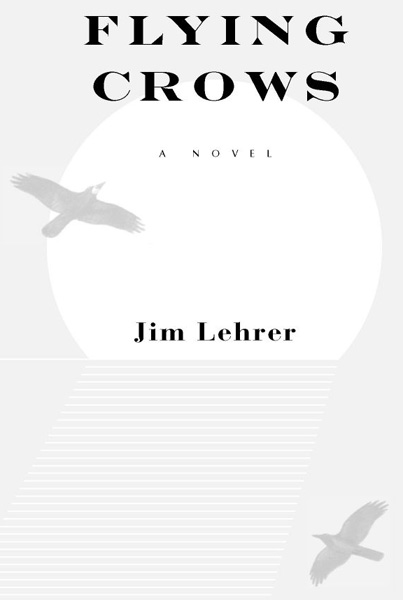 “Suspenseful . . . a testament to Lehrer's genius . . . Like a successful TV newscast,
Flying Crows
is a good mix of intrigue and information.”

“A poignant elegy to the glory days of trains wrapped in a true-crime tale.”

“ Impressive . . . almost painfully intimate . . . It's full of scenes and images that will stay with you long after you've finished reading.”

“An especially poignant story about friendship and truth . . . Wonderfully researched with characters that grow as the story progresses, it has a quiet suspense.”

“A fast-moving tale . . . It's also an eloquent love letter to the American railroad and its stations.”

“An expertly researched, warmly told tale, rich in suspense and drama . . . [Lehrer] has crafted a highly personal story, quiet in tone and scope, yet booming in emotional intensity.”

Abide thou with me, fear not: for he that seeketh
my life, seeketh thy life: but with me
thou shalt be in safeguard.

KNIGHT I: Beware, My Lord, for the enemy's
spears come at us as straight as the crow flies.

KNIGHT II: Calm thyself, Sir, for not all
flying crows do harm.

A private security firm had already done a search of the vast, mostly deserted Union Station building. But the contractor's insurance company, in consultation with the city manager's office, insisted that there be one final, thorough inspection supervised by the Kansas City Police Department. They wanted to make absolutely sure there was nothing on the premisesâparticularly no person or animal, dead or aliveâthat could, through legal action or other means, impede the important restoration work that was about to begin.

That was why Lieutenant Randy Benton and Luke Williams, a newly hired uniformed guard for the Union Station Rebirth Corporation, found a living person named Birdie.

That happened because of Randy's curiosity. He was a forty-five-year-old detective in the KCPD's Violent Crimes Division who had volunteered to be one of the twenty-five officers involved in the daylong sweep. Randy came from a Missouri Pacific family, his father having been a railroad policeman and his grandfather a brakeman in the yards at Winston, Missouri. As a kid, Randy's idea of heaven was to go to Union Station on Saturdays and Sundays to watch the trains and have a root beer float at the Harvey House soda fountain.

Here now was a wide full-length mirror hanging a few inches off the floor in what must have once been the Harvey House's storeroom or pantry. There was a dark wooden frame around the cracked and yellowed glass of the mirror. Even though scratched and dusty, he realized from its ornate, detailed etching of Roman soldiers on horses and elegantly dressed women in carriages that the piece was many years old, a special itemâan antiqueâprobably worth quite a lot.

Why would an expensive piece like this be hanging in a restaurant storeroom?

He tried to push the mirror to one side. It wouldn't move. He noticed two or three small hinges along the left side of the frame, so he grabbed the right side. The mirror swung easily away from the wall, like a door.

There behind the mirror was another door, also closed, slightly smaller than the mirror.

The real door, made of cracked and gray wood, had a white porcelain knob. Benton put an ear to the wooden panel. After a few seconds, he grabbed his pistol from its holster and motioned for Luke Williams to stand back. Williams was a former airport rent-a-car shuttle-bus driver in his late twenties, and this was his first law-enforcement episode. Instead of moving, he froze.

“I hear something,” Randy whispered. He gave Williams another nod to move. This time, Williams did.

Randy shouted into the door, “Is anyone in there? This is the police! Kansas City PD!”

He waited and listened for a count of five. On ten, Randy turned the knob and pushed. The door opened easily.

It was the faint, weak, slow voice of a man.

Randy spotted somebody in the corner of a room that, without the light from his and Williams's flashlights, would have been pitch black. To Randy's hampered view, the place appeared to be no larger than a small closet, windowless and cluttered with stacks of books, newspapers, and other items hard to identify in the semidarkness. Randy also caught the smell of a burnt candle plus a faint whiff of cinnamon or nutmegâsome kind of spice.

There was a man sitting on the floor, his shaking hands held over the top of his head as if braced for a blow.

The detective stuck his pistol back in the holster. Then he and Williams, each grabbing an arm, lifted the feeble creature to his feet. He was as tall as Randy, almost six feet, but light as cotton. They guided him outside into the larger storeroom.

The man was elderly, well into his seventies, at least, Randy guessed. His face was partly obscured by wild growths of white hair and was bony and drawn, as was what could be seen of his fingers and arms. He was wearing a blue workshirt and a pair of black flannel pants that were wrinkled and filthy. The garments, to Randy, had an otherworldly look.

“What are you doing in hereâin Union Station?” Randy asked, as they leaned the man against a wall.

“Nobody lives in a train station,” Williams said.

“OK, Carlucci,” said Williams. “Where you from?”

Randy gave Williams a wave.
I
will handle the rest of the questioning, said the signal. “What did you escape from, Mr. Carlucci?”

“I came . . . with Josh . . . on . . . The Flying . . . Crow.” Birdie Carlucci began to slip down the side of the wall; he seemed not to have the strength to remain standing. Randy knew all about The Flying Crow. It was a streamlined passenger train of the Kansas City Southern that had gone out of business at least thirty years ago.

Randy and Williams helped the old man to sit down with his back leaning against the wall, his legs folded underneath him.

Randy crouched down to be at eye level. In twenty-one years as a cop, the detective had learned to read eyes. Birdie Carlucci's set of black ones spoke only of fear, not danger.

“My aunt's a librarian in Langley, not far from Centralia.” Randy looked back toward the door to the smaller room. “Where's Josh now?”

“When did you and Josh come here to Union Station, Mr. Carlucci?”

Randy exchanged a few more words with Birdie Carlucci on the slow walk up the stairs to the grand lobby, which was no longer grand at all. It was a sad, depressing mess. On the floor were puddles of water and clumps of plaster that had fallen from the once-beautiful ceiling. There was an ugly empty space where the ticket offices with their brass grilled windows had been. The paint on the walls was peeling, cracked, and dirty.

Randy badly wanted to believe the promise from city and restoration project leaders that they were going to bring this place back to life in all its former glory.

“Where are you from originally, Mr. Carlucci?” Randy asked, as he moved through the lobby alongside the shuffling, frail old man.

“You didn't live in that little room down there for sixty-three years, did you?” Randy asked.

“What kinds of different places?”

Two uniformed KCPD officers met them in front of what Randy knew had been the newsstand under the huge clock, which was still hanging there. The clock wasn't running and the shop was boarded up with plywood.

Randy and Williams, the private cop, walked with Carlucci and the two officers out to a police squad car parked in the driveway in front of the large east doors.

Birdie Carlucci suddenly stopped and looked around at the few cars parked outside beyond the driveway.

Pretty Boy. Righetti. Randy Benton knew the names from history but most recently from
Put 'Em Up!,
a new book he had just read about the famous Union Station massacre. Kansas City's best-known crime writer, Jules Perkins, had retold the story of how four lawmen and a prisoner were shot and killedâright here in front of the train stationâearly one morning in 1933. Pretty Boy Floyd, a well-known bank robber from Oklahoma, and his drunken sidekick, Adam Righetti, were identified as being two of the gunmen and were caught a year later in Ohio. Floyd was shot and killed; Righetti was taken alive and brought back to Missouri, tried, and electrocuted for murder. But according to Perkins's book, it's unlikely that Floyd or Righetti had anything to do with what happened at Union Station. Perkins maintained it was mostly an invention by J. Edgar Hoover to get publicity and power for his federal law enforcement organization, soon to be renamed the FBI.

“Back then, did you tell anybody what you saw?” Randy asked Carlucci, playing along rather than asking seriously.

The old man closed his eyes and shook his head.

One of the two uniformed officers moved to stand by the opened back door of the squad car. Randy and the other officer grabbed each side of Birdie to ease him into the rear seat.

Randy had seen terror on many faces in the line of duty. From what he saw now in the eyes and demeanor of Birdie Carlucci, he knew this man was truly afraid.

“Don't want . . . to go . . . back. Not now,” he said, trying in vain to raise his voice to a shout. His whole body was trembling, as it had been earlier when they found him in the storeroom closet.

“Back where?” Randy asked.

“Somerset's been closed down for years, Mr. Carlucci. They don't even have places like that anymore. These officers will take you to our police station for processing, and then you'll be turned over to somebody in the social services division. You'll be fine.”

Randy had only a vague notion of what had happened at Centralia. Some Union soldiers had been pulled off a train by a band of Confederate guerrillas. They were ordered to strip and then killed.

Randy told the two KCPD officers to treat Birdie Carlucci gently during the ride and the processing.

“Make sure nobody hurts him,” Randy said.

And in a few moments, Birdie Carlucci was gone.

Randy wasn't sure he believed the old man's tale of living in Union Station for sixty-three years, much less about having witnessed the Union Station massacre. None of it sounded plausible. But as he watched the blue-and-white squad car make the loop in front of the station and go on out to Pershing Road, he knew he had to find out. Curiosity was Randy's stock-in-trade, both his chief strength and his weakness. He had trouble letting go.