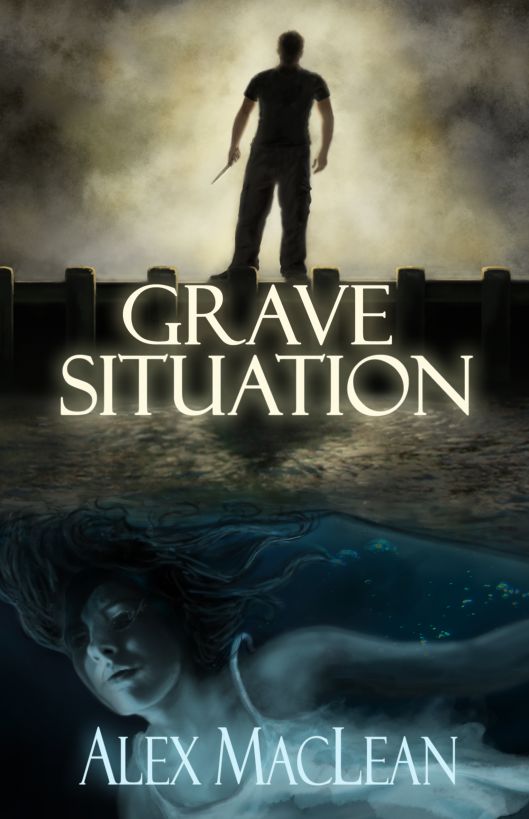 Halifax cop Allan Stanton is a
troubled homicide detective who has lost everything, including his
family and his sense of justice. When he finally decides to leave
the force and start over, he's assigned a string of murders that
all bear the signs of a serial killer collecting
trophies.

As Stanton unravels each grisly
crime scene, the mounting evidence points uncomfortably close to
him, forcing him to confront a past he'd rather forget--and a
dangerous future when the killer targets Stanton
himself.

This book is a work of fiction.
Names, characters, businesses, organizations, places, events, and
incidents are either the product of the author’s imagination or are
used fictitiously. Any resemblance to actual persons, living or
dead, events, or locales is entirely coincidental.

All rights reserved. Except as
permitted under the U.S. Copyright Act of 1976, no part of this
publication may be reproduced, distributed or transmitted in any
form or by any means, or stored in a database or retrieval system,
without the prior written permission of the publisher. Please do
not participate in or encourage piracy of copyrighted materials in
violation of the author’s rights. Purchase only authorized
editions.

This ebook is licensed for your
personal enjoyment only. This ebook may not be re-sold or given
away to other people. If you would like to share this book with
another person, please purchase an additional copy for each person
you share it with. If you’re reading this book and did not purchase
it, or it was not purchased for your use only, then you should
return to Smashwords.com and purchase your own copy. Thank you for
respecting the hard work of this author.

You will be forever in my
heart.

And for my mother, Frances Mary
Lynds, for everything

The only way to escape the abyss is
to look at it, gauge it, sound it out, and descend into
it.

All hope of solving the case seemed
gone.

Alone in his office, Lieutenant
Allan Stanton slapped the report down on the desk in front of
him.

“Goddamn it,” he cursed, shaking
his head.

With a slow exhalation, Allan
loosened his tie and sat back in his chair. Self-doubt and
frustration warred inside him.

So where does this leave
me?

He stared at the manila envelope
sticking out from under a heap of folders on the corner of the
desk. The Ident photos were in there, he knew, one glossy indecency
after another.

He leaned forward, pulled it out,
and reached inside. The photos felt slick beneath his fingertips as
he spread them over his desk. He picked one up and scrutinized the
photo of the ravaged body for clues.

“What have I overlooked, Mary?” he
whispered.

Captured in the gruesome image,
Mary Driscow lay supine on the forest floor, arms spread out from
her sides. Tight curls of strawberry-blonde hair surrounded her
swollen face. Her emerald eyes were dilated and fixed wide in a
look of terror; the whites were reddened by scleral hemorrhages.
Her lips were parted, drooping at the corners into a slight frown.
A ligature mark encircled her neck with the two ends crisscrossing
just below the chin.

A female jogger found the body near
Shore Road in Point Pleasant Park on a crisp October morning seven
months ago.

Mary had been raped and
murdered.

Allan set the picture down. He felt
caught in a crosscurrent of emotions—sadness when he visualized
Mary in her final moments, hatred for the murderer who had
subjected her to such a horrible death, sorrow for her parent’s
irreplaceable loss, and shame at his own inability to close the
case.

He pushed back from the desk and
walked to the window. The city buzzed with energy—traffic streaming
down Gottingen Street and an ethnic mix of pedestrians clumped
together at a crosswalk waiting for a walk light. Through the pane
of glass came the honk of an impatient driver.

Off to the left a green hill gently
rose to the Halifax Citadel, a star-shaped fort that had once been
built to fend off invaders.

A knock came at his door and
Captain Thorne entered the room. At fifty-one, he was thick-framed
and mild-mannered. His salt-and-pepper hair was cut short, his high
forehead split in the middle by a widow’s peak.

Without preface, he said,
“Henderson told me the lab sent over Gary Strickland’s DNA results
this morning.”

Allan went to the desk and lifted a
sheaf of papers. “Just got them myself. Strickland isn’t our
man.”

Thorne read and an expression of
disappointment crossed his face as he reached the end.

Allan knew that all too well. Seven
months of work filled his office—stacks of boxes filled with
diagrams, supplementary reports, canvass reports, witness
statements, suspect files, handwritten notes, lab and autopsy
results, as well as aerial photos of Point Pleasant Park. Allan had
done all he could as lead investigator. Now there remained only one
option—wait and hope a new suspect surfaced.

Thorne put down the DNA results.
His eyes narrowed and he gave Allan a long cool appraisal. “You
okay?”

Allan gazed into his face. “Not
really, Captain. I’m pissed off and disappointed. I keep feeling
I’ve overlooked something. And I wasted these past two months
hoping Gary Strickland was my man.”

Thorne sat on the corner of the
desk, as if settling in for a long conversation. “We all go through
this.”

Allan folded his arms. “Yeah, but
it doesn’t make it any easier.”

“Don’t start beating yourself up,
Al. You have a homicide with no witnesses. And the suspect and
victim don’t appear to have known each other. You were fucked right
from the start. On the other hand, you have a wealth of DNA
evidence to send the suspect to prison for many years once he goes
to trial. He’ll turn up sooner or later.”

“I am.” Thorne walked for the door
and then paused, looking back over his shoulder. “Get some rest.
You look tired.”

Allan watched the door close and
then he stared at the phone on his desk. Slowly, he picked it up
and stabbed at numbers. He swallowed once, clearing his throat. The
dial tone became ringing. One. Two. Three. Allan braced himself for
the answering voice.

Allan sat down. “Mrs. Driscow. This
is Lieutenant Allan Stanton.”

“Oh yes,” she said promptly, “the
detective. It’s been a while since we last spoke.”

“Have you made an
arrest?”

Allan winced at the sudden spark of
hope in her voice. “Not yet. But I haven’t given up.”

He heard the pain in Joyce’s sigh.
He pictured her as he had last seen her nearly a month after the
murder—eyes bruised with sleeplessness, face gaunt and drawn, a
woman nearly inarticulate with grief. He wondered how much worse
she looked now.

“I thought you might’ve been
calling with some information.”

There was silence. “Then why did
you call?” she asked in a dull tone.

“To see how you and Bill were
making out. I often think about you.”

“It’s been tough, Lieutenant.
Nothing in life prepares you for the death of your child.” She
paused and her voice became swollen with sadness. “Mary’s birthday
was last month. She would’ve been twenty-three.”

“I’m so sorry.” Allan stared at
the photos of Mary on his desk. “Has that counselor been a help at
all?”

“Very much so. Thanks for the
recommendation. Friends and family have helped a great deal too.
But some days are better than others. It’s hard knowing you’ll
never see, hold or speak to your child again. In the natural order
of life, it’s me who’s supposed to go first.”

The words left a hole in Allan’s
heart. He wanted to promise Joyce he’d do everything in his power
to find this man, to help bring some small measure of closure to
her, but realistically he knew he couldn’t do that. Soon enough
there would be a new victim, a new group of survivors. He would be
forced to move on from Mary Driscow, but her parents would be with
her until the end.