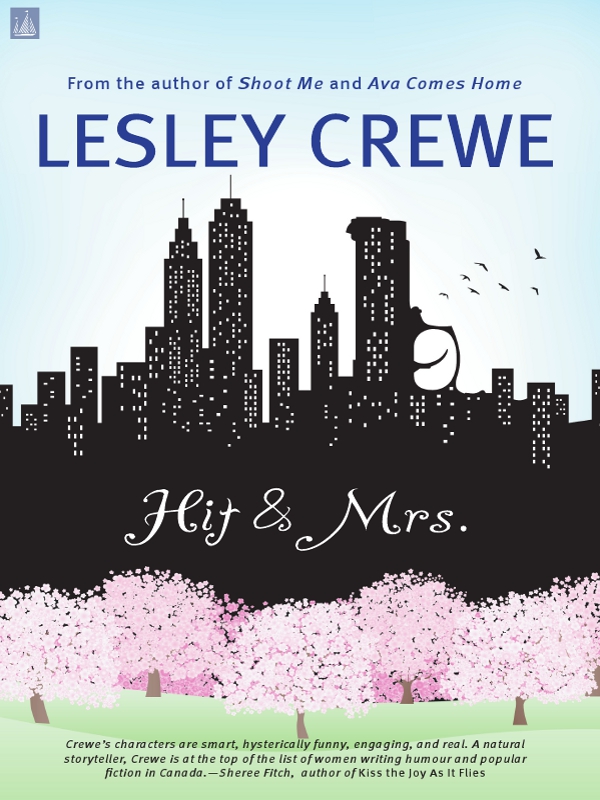 Relative HappinessÂ
Her graceful proseâ¦and her ability to turn a familiar story into
something with such raw dramatic power, are skills that many veteran novelists
have yet to develop.
âHalifax Chronicle Herald

Copyright Â© Lesley Crewe, 2009
E-book Â© 2010
All rights reserved. No part of this book may be reproduced, stored in a retrieval system or transmitted in any form or by any means without the prior written permission from the publisher, or, in the case of photocopying or other reprographic copying, permission from Access Copyright, 1 Yonge Street, Suite 1900, Toronto, Ontario M5E 1E5.

Printed and bound in Canada

This novel is a work of fiction. Names, characters, places, and incidents are either the product of the author's imagination or are used fictitiously. Any resemblance to actual persons, living or dead, events or locales is entirely coincidental.

We acknowledge the financial support of the Government of Canada through the Book Publishing Industry Development Program (BPIDP) and the Canada Council, and of the Province of Nova Scotia through the Department of Tourism, Culture and Heritage for our publishing activities.

This book was printed on
Ancient-Forest Friendly paper

For Linda.
“You're the bestâ¦”

The girls grew up together during the sixties in Notre Dame de GrÃ¢ce, on the outskirts of downtown Montreal. Each of them kept a picture that was taken in the summer of 1965. They were ten years old and looked as if they hadn't seen a comb in weeks, with missing teeth, knobby knees, and skinny arms protruding from ugly striped t-shirts and dirty high-waisted jeans.

Their friendship had been sealed forever six months earlier, on February 14, 1965, in Mrs. Glencross's fifth grade class. They were the only four girls who didn't get a valentine. The pretty girls called them the Losers. The Losers called the pretty girls every foul name they could think of, but not so horrible that they incurred the wrath of God or The Blessed Virgin.

Linda was the only one who didn't get teased about her name. Bette was Better, Better the Bedwetter. Gemma was Aunt Jemima, since the pretty girls were horrible spellers, and Augusta was Augusta Wind. Linda tried to call herself Lin the Pin so she would fit in, but it didn't last long because it wasn't very good.

To grow up in NDG was to be immersed in a veritable melting pot of ethnic cultures. Linda and Augusta went to Sunday school and Girl Guides together at Wesley United Church. Gemma's Italian relatives grew vegetables on every square inch of the tiny lawns in front of their duplexes and had a jungle of tomato plants in their backyards.

The Jewish families, Bette's included, had little shops up and down the business district, while the French, Poles, Greeks, and Irish were scattered around like tossed birdseed.

Their customs may have been different, but their families were all in the same boat. None of them had much money, so the kids made their own fun. The streets and alleys were their playgrounds. They biked, played dodgeball and Red Rover, skipped rope, and jumped hopscotch on the sidewalks out front.

All the kids on their street spoke a smattering of everything, but when two of them got in a fight they were instantly reminded of whom they belonged to. It was as if war had been declared between their countries of origin. Threats were made, beatings promised, and nationalistic loyalties defended to the death, or at least until the next day.

Once the supper dishes were put away their parents and grandparents sat on balconies and front porches calling over to one other. Their mothers gossiped in groups at the end of the gate while their fathers smoked and told dirty jokes or talked about hockey and their adored Montreal Canadiens.

Finally twilight would fall and streetlights would come on. That was the signal for the Losers, grimy with dirt, spit, and old gum, to come in for their baths; then homework and if they were lucky a half-hour of television,
I Love Lucy
or
Bewitched
. They were usually asleep before their heads hit the pillows.

Forty years later, the Losers were now the Book Bags. They held their regular monthly book club meeting on the second Tuesday of every month, but emergency meetings were called when necessary.

It was on the first Monday of the month when Linda Keaton's husband phoned her. “This is my new address if Wes wants to get in touch with me.”

The pencil in Linda's hand snapped in two. Why wasn't it her husband's neck? “You think our son wants to get in touch with you? You're screwing someone his age. He thinks you're pathetic.”

“Tell him yourself, you bastard. That's if you can spare five minutes out of that slut's bed.”

She called her friend Bette.

“Bette?” She burst into tears. “Emergency meeting tonight, okay?” She hung up because she couldn't talk anymore.

Bette Weinberg put down the phone. Thanks to the heat from the bakery ovens, her face was as red as her hair. Well, not quite. There was enough grey in her hair to make it a shade duller. All she could think of was that miserable skunk Linda was married to. But before she called the others, she had to serve the customer who waited impatiently in front of her. She stood on tiptoe to see over the glass counter.

“Mrs. Pink, we're out of marble rye. I told you that twenty minutes ago.”

“You call yourself a bakery?”

“You call yourself a customer?
Oy vey.”

Mrs. Pink grinned as she looked to the heavens. “Sheesh, I come back tomorrow.”

Bette grinned too. “Yeah, you come back tomorrow. I'll give you a marble rye so big it'll kill your husband.”

Mrs. Pink leaned against the door to open it. “Don't make promises you can't keep, Bette.” The bell tinkled its goodbye. Bette grabbed her cell and punched in the numbers.

“Gemma, we're having an emergency meeting tonight at Linda's. The pig must have called her. She's in a state.”

Gemma Rossi stirred a pot of tomato sauce as she cradled the phone against her neck. Her oldest kids hollered at each other in the background.

“
Basta
,” Gemma yelled over her shoulder. Quiet reigned just as her husband walked in the kitchen.

“Why are you yakking on the phone? Where's dinner?”

“Look, I can't talk now, Bette. Pick me up at seven.” She hung up and pointed at the nearest female child. “Get your father a plate.”

“Why not you?” Gemma rushed from the kitchen and shut herself in her room. She picked up the phone.

“Augusta, put down that stupid paint brush and answer me.”

“â¦paint the Sistine Chapel. I know. Do it tomorrow.”

“I'll try and get away. I have to check and see what the girls are doing.”

“You're the mama. You tell them you're going and if they don't like it they can throw themselves off the roof.”

“You're a broken record.”

“We'll pick you up around seven-thirty.”

Bette grabbed her car keys off the hall table. It was a dark walnut monstrosity, as was all the furniture in the apartment above her father's bakery shop. It stood against hideous wallpaper that had once been very nice but had yellowed from years of tobacco smoke.