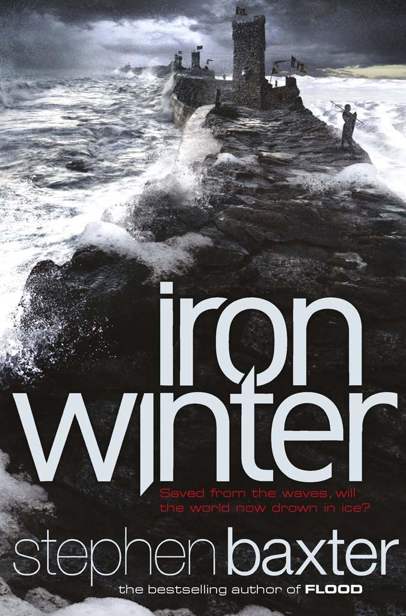 Once the ice sheets had covered continents. The silence of the world had been profound.

At last the ancient ice receded, and life tentatively took back the exposed landscapes. Northland was a neck of land that connected the peninsula the people called Albia to the Continent. As
the ice melted and sea levels rose steadily, from north and south the ocean probed continually at the dry land, seeking to sever that neck – only to be defied by the people who had come to
live there.

A long warmth followed. Around the world populations rose, cities sparked, empires bloomed and died. But at last, unobserved by mankind, on islands in the far north of the western continents,
the snow that fell in the winter began once more to linger through the summer. The ice waited in its fastnesses in the mountains, at the poles. Millennia had passed since its last retreat. Human
lives were brief; in human minds, occupied with love and war, the ice was remembered only in myth.

But the ice remembered.

And now the long retreat was over.

The First Year of the Longwinter: Spring Equinox

Pyxeas thrust his head and shoulders through the sealskin door flap and into the house. In the dawn light the Northlander’s face was like a raw red moon, haloed by fur.
‘Avatak! Are you there? It’s moving again, the glacier! Can’t you hear it? Come on, come on.’

Avatak, seventeen years old, was lying in a heap of skins and furs with his relatives: parents and siblings and aunts and uncles and cousins. As the cold pushed into the greasy, fart-smelling
air of the winter house, his little sister Nona mewled and cried, and uncle Suko grumbled, ‘Close the flap, man!’

But Pyxeas knew only a few words of the language of the People, and when he was excited even they fled from his mind like a frightened seal from its breathing hole. ‘Avatak! Where are
you?’

Avatak knew he wasn’t going to give up. And now he could hear the glacier for himself, a distant rumble deeper even than his uncles’ snoring. So he fumbled under the heap of clothing
until he had got his fur trousers on over his leggings, and his jacket with its heavy hood, and he crawled towards the door, pulling on his bearskin boots as he went.

Outside, the sky was a clear blue-black still dusted by stars, although the sun was already peeking above the flat white horizon. Avatak could feel the chill in his cheeks and nostrils, a
dagger-cold that cut and probed, and he wished he’d had time to grease his face. He saw that there had been fresh snow during the night, just a hand’s depth, but enough to cover
yesterday’s tracks and to lie on the fur of the huddled dogs. Not
much
snow – but any snowfall at all at this time of year was an unusual event in Avatak’s short life.
Which was, it seemed, why Pyxeas had come here, to the island the Northlanders called Coldland, and for which the People had no name, for it was all the world they knew. He’d come to observe
the unusual.

‘At last, sleepyhead! Come, come – it’s on the move, and if we hurry we might witness tremendous events!’ And Pyxeas was off, hurrying east towards the rising sun and the
coast.

Avatak had no choice but to follow him. He would much rather have had a chance to check the man over, to see he had his boots on properly and his mittens and a slap of grease on his face, for
the scholar had nearly lost a couple of fingers to the frost in his early days by making mistakes like that. But there was no time, no time.

As they hurried through a loose layer of fresh snow, again Avatak heard that tremendous groan coming from the coast, overlaid with cracks and bangs and grinds.

‘Can you hear that? Can you
feel
it through the ground?’

Avatak thought he could. Pyxeas had taught him how the whole island was covered by an immense lid of ice, all one piece, of which the glaciers were mere extensions. And when the glaciers were on
the move the ice cap itself shuddered, shaking the ground on which it rested.

‘Have you brought your pad? Your stylus, eh? No matter, no matter. Watch. Listen. Remember my commentary as I, Pyxeas, interpret what we see. And write it down as soon as you’re
home, and make more of those sketches of yours. As soon as you’re home!’

Now they reached the glacier itself. It was a river of ice that poured down from the higher ground towards the sea, where open water lay dark beyond a tide-cracked fringe of pack ice. All this
was dimly illuminated in greys and pinks by the dawn sunlight that smeared the eastern horizon. The scholar clambered up onto the glacier’s slick surface, slipped, and would have fallen
immediately if Avatak had not grabbed his arm. The man just wouldn’t learn to walk on the ice the way the People did, one foot pressed down flat after the other, slow and steady and safe.
After that they went ahead with more caution, pushing down the shallow slope of the glacier towards its termination at the sea. Soon they came to a place where a second glacier joined the first, a
mighty tributary whose boundary could be seen in stripes of debris on the surface of the flowing ice.

‘The ice cap is a dynamic thing,’ Pyxeas said, growing breathless as he scrambled. ‘Fresh snow falling on the centre of the cap fails to melt, and compresses to ice, and
thus the cap grows. And as it becomes heavier the ice must flow out and away from the centre under its own weight – as a mass of mud will flow out in all directions from under the arse of a
big fat man sitting on it. The ice reaches the sea via the glaciers it spawns. And when there is an
unusual
amount of snow, as there has been on your island the last few years, there is an
unusual
rate of glacial flow—’

‘Scholar!’ Avatak pulled him back.

They had come to a crevasse, a slice right through the surface of the ice. It was new, it hadn’t been here a few days ago, and the bulk of it was hidden by a thin crust of fresh snow. But
Avatak had spotted its extension to either side, thin black cracks. Cautiously he kicked through the snow crust, and they both leaned over to peer into the crevasse. The gathering sunlight caught
hard old ice that shone green and blue, as if lit from within, and Avatak could hear a foamy rush of running water from far below.

‘The great weight of the glacier melts its own base,’ Pyxeas breathed. ‘And thus, lubricated, the ice falls ever more readily to the sea. Come on, come on!’ They stepped
over the crevasse and hurried on, Pyxeas talking on, endlessly speculating.

It was this curiosity that had prompted Avatak to volunteer to help the scholar from Northland when he had come here three summers ago to make his ‘studies’. The People knew the
world changed. They could hardly not know; they depended on these vagaries for their very existence. They knew of the fluttering cycles of day and night, the seasons that swung between bright
summers and dark winters, and they knew, thanks to memories stored in folklore and anecdote, of the grander evolutions that spanned generations. But when change came, they just adapted. Went out on
the pack ice a little earlier in the summer, or later. Fixed up the winter houses a little later, or earlier. If you got such judgements wrong you starved, and so did your children.

But what they didn’t do, what they had never done, was try to
understand.
What
caused
these changes in the world? And what would be the consequence if these changes, such as
the increased snowfall in the interior, were to continue, year after year?

It wasn’t because they were in any way less intelligent than the scholar’s Northlander folk, Avatak had come to see. In most ways that counted, his own father, say, was much brighter
than Pyxeas, certainly when it came to the brutal business of staying alive. And the people’s shared memory, stored in the epic songs they sang together through the winter, was detailed and
accurate. No, it wasn’t a question of intelligence. It was a question of how you thought about the world – not as a plaything of the gods to be accepted without question, but as a
puzzle to be solved. And Avatak was drawn to the way Pyxeas’ mind worked as he challenged this huge, baffling, complex, secretive puzzle, and to the sheer delight the man showed when some
small piece of it was resolved, and the world made a little more sense.

So he had worked with the man. Pyxeas had taught Avatak to read and write the way the Northlanders did – how to
think.
And Avatak had shown Pyxeas how to keep from falling on his
backside with every other step on the ice. They were a good team.

But Avatak had glimpsed something darker in Pyxeas. A kind of sadness, he thought. If Pyxeas had family, children, he never mentioned it, but sometimes he reminded Avatak of a grieving, bereft
father. Pyxeas himself was a puzzle. And that was the reason Avatak had chosen to work with him.

At last they passed a pinnacle of frost-shattered rock, and their view of the ocean opened up fully. Here Pyxeas stopped, panting, and even he was awed to silence, if only briefly.

The two of them had come here only days ago, but everything about the panorama had changed. Then the glacier had terminated in a mass of dirty, blocky ice that had fanned out into the sea,
merging at last with the salty pack ice that littered the ocean surface. Now that whole formation had gone, the grimy blocking mass had vanished, and the glacier as it reached the sea was much
thicker, and was truncated by a veritable cliff of blue-green ice from which bergs splintered and sailed away into a chaotic, half-frozen ocean.

‘I knew it,’ Pyxeas breathed. ‘I knew it! The glacier here was blocked in by its own deposited ice, a natural dam. But such was the pressure of the glacier, thicker and
faster-flowing than it has been for centuries, that the dam must, at last, give. And when it did, the glacier bounded forward like an animal loosed from a cage – and the result is as you see,
tremendous masses of ice dumped into the ocean.’ He was almost breathless with the sheer delight of being proven right. ‘Can you see what this means, boy? What are the
implications?’