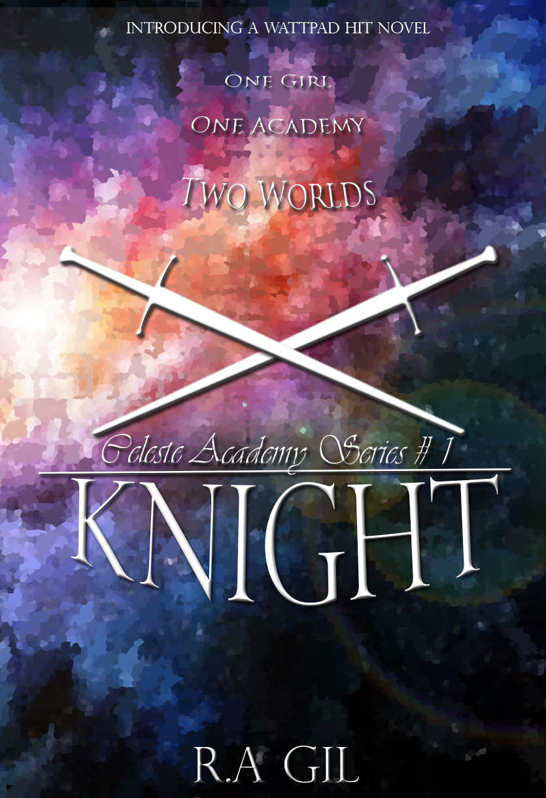 This is a work of fiction. Names, characters, businesses, places, events and incidents are either the products of the author’s imagination or used in a fictitious manner. Any resemblance to actual persons, living or dead, or actual events is purely coincidental.

Copyright © 2016 by Raquel Ann Gil
All rights reserved. This book or any portion thereof
may not be reproduced or used
manner whatsoever
without the express written permission of the publisher
except for the use of brief quotations in a book review.

Printed in the Philippines

Thank you to all my followers for helping this book become the best it is. To all the new and long-time readers, followers, supporters. Thank you for everything!

I thank everyone who has shown their support. Jaztine and Josh, thank you!

The main highlight of this show is my family. I dedicate this story to you.

She wanted to win.

She never felt so strongly about doing something before. Every fiber of her being screamed and urged her to defeat the man before her and mind the consequences that would come with it later. With a loud, enraged roar and newfound strength, she moved.

Her eyes darkened but somewhat glowed, burning like a pair of twin flames that made the air surrounding her grave and solemn.

To hell with it all.

Chapter One ♣ The Beginning

M
onday mornings with no classes were heaven and bliss. Valeriana wanted to sink deeper into the warm comforter and dream some more of the fictional world she found herself living in but her body would simply not comply. It was programmed to wake up in the early mornings, leaving her with no choice but to rise from her bed and do her morning routine.

As she faced the sink to brush her teeth, she found a Post-it note she remembered taping to the mirror herself.

She stared blankly at the words, her mind still a bit drowsy to comprehend what it meant as she squeezed the toothpaste onto the brush. It was only after she started gurgling to wash off the foam from her mouth did she realize.

Her eyes shot wide and she spat out the water, wiping off her chin with the sleeve of her pajamas.

“What time is it?” She gasped, rushing to her closet to throw in whatever she could find. As she put on a white shirt, she fumbled with her phone. “Why didn't I hear this thing going off . . .”

It displayed the alarm being shut off around seven thirty, followed by the next alarm that she set five minutes later and the next two five minutes after that.

It was three minutes past nine, barely any time to do any real preparation.

She snatched off her favorite pair of sneakers from the shoe rack and slung her duffel bag over her shoulder, rushing downstairs. After finally graduating high school last week, her best friend Xandra would be leaving. It would not just be for a period of a few weeks or months. It could span to years. Being half-American, she was going to the home country of her father so she could experience what the other half of her lineage had to offer.

“Mom! I'm going!” She exclaimed, turning to head for the door.

“Come here for a moment, Valery!” Her mother yelled back. “You're not leaving without breakfast.”

Sighing, she slouched and trudged towards the dining room with an eye roll.

She paused in the doorway, quirking a brow at her thirteen-year-old, younger brother who was squeezing out half of the maple syrup on his pancakes until it practically swam in the mixture. Jareth had a fast metabolism and was an addict for sweets. In fact, Valeriana considered sending him to rehab at the severity.

She quickly averted her gaze, redirecting it to her mother who was quietly sitting on her side of the table while reading the newspaper.

She went over to her mother's seat and bent down to plant a gentle kiss on her cheek.

“Good morning.” Valeriana greeted, her voice in a rush and restless. “Mom, I'm kinda running late. I have to meet Xan at the airport. Ten AM. They leave today, remember?”

“Well, good morning to you too.” Her mother answered. “It's nine-fifteen.”

“There's plenty of time. Sit down and eat.”

“It's your fault for not waking up early. Like I told you both so many times, no one leaves this house without eating properly.” She sternly emphasized. “What time is her flight?”

“They'll be there at ten. Her flight's at three in the afternoon.”

“Just eat your breakfast. Then you can go.”

Given no choice, she complied. If she disobeyed, her mother might not let her go at all. Though, she wasn't that cruel. The woman was quite fond of Xandra herself. If it weren't for her duty at work, she would've probably come with Valeriana to send off the Hernandez family.

She passed by her brother and smacked him on the back of his head. “That's too much sugar, idiot.”

This was exactly why she refused to eat breakfast with him.

“It's so early in the morning and you're already calling me an idiot.” He rubbed off the remaining sting from the spot where she hit him and nibbled on his food.

Jareth had ginger-brown hair that was cut stylishly into cool waves. His round eyes resembled the shade of lush, green grass and he had milky, white skin.

Taking her place in front of the table, she forked a single pancake and tossed it to her plate.

“Being an idiot doesn't stop.” She commented, glaring at him from the corner of her eyes. She took a slice of the butter and dumped it on her plate. “It surely doesn't come around after breakfast.”

Valeriana gasped and bit her lip in annoyance before leaning over to smack his arm. “I'm no pig! I'm
not
fat.” She watched her brother wince before she reached for the half-empty bottle and squeezed out a bit of the syrup almost angrily. She was careful not to turn it into a gooey mess, much like her brother's.

“Yeah.” His tone had been joking. “Keep telling that to yourself.” Jareth told her.

“You don't know what too much sugar does to your brain. Why don't you stop eating too many sweets and take a closer look?”

“Geez. You're too serious.” He said, shoving a big, dripping slice of pancake in his mouth.

“And you're so immature.” She argued, cutting off a small piece and chewing on it.

“And you think you aren't?” He mumbled through a full mouth.

“Valeriana, the longer you argue with your brother, the longer you'll stay.” Their mother said, flipping the newspaper to the next page. There was a hint of amusement in her eyes and a light smile on her lips.

“Mm-hmm.” She replied, stuffing her mouth and swallowing unceasingly. She reached for the glass of water beside her and drank, washing down the food she almost had stuck in her throat. With a clean plate before her, she stood from her seat and began heading out.

Valeriana kissed the tip of her fingers and brushed it against the portrait of a man on the wall just beside the door frame, flipping back her honey-golden hair and admiring his image for a moment with her azure blue eyes. “Bye, dad.”