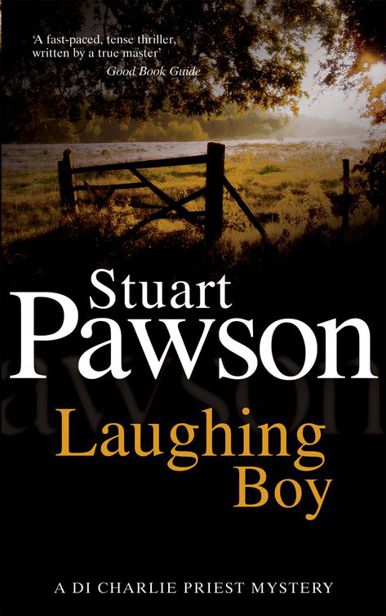 I am indebted to the following for their help:

Between the parchment past

So pluck the best

And leave the rest for fallow

Until with leaden head

You find the time

Embalmed by the warm

But watch out for that needle, Son

To draw the marrow from all desires

Where once burned bonfires

As unquestioning as a faithless friend

On falsehoods are borne

So watch out for that needle, Son

You’re in the eye of the storm

The tiny figure jerked across the stage like a clockwork matchstick man, dwarfed by the paraphernalia of the rock concert that surrounded him. Banks of dry ice gas piled upon each other, violet and pink, and the flickering strobe lights made the set look like a vision of hell from an early movie.

“
It’s been a good day in the war
,” he yelled into the
microphone
, and the capacity crowd standing before him screamed their approval and swayed from side to side, arms aloft, holding burning cigarette lighters and candles,
girlfriends
on their shoulders, bandannas around heads, long hair swirling to the beat.

The singer was stripped to the waist, his whiteness heightened by greasepaint and sweat that sent the spotlight beams glancing off into the night sky. All he could see was an ocean of faces, each one illuminated with religious
fervour
, adoration even, as the group hammered out the bass line. This was what they wanted to hear. This was power – the power of music. Hey man! This was love!

It’s been a good day in the war,

And ain’t that just the TRUTH!

He howled the last syllable and the sound system amplified his voice a thousand times.

Pratt and Whitney are up ten,

And Boeing are through the ROOF!

The guitarists that flanked him, Carlo on rhythm, Oscar on bass, glanced across at each other and grinned, but there was a hint of fear in their smiles. This time he had the audience, he really had them, and if he didn’t bring them down there could be trouble. Two youths had been stabbed to death
after an earlier concert, and it was written into the contract that they would end the show with a slow number to lower the tension, cool the emotions, before five thousand
disciples
of anarchy were loosed out into the night, on to the streets of downtown San Diego. Behind them, Zeke on the drums and Eddie on keyboards had no such inhibitions. Eddie was the oldest member and the musician of the group. Brought up among jazz bands, he’d seen the writing on the wall and made the transition to rock. He gave the group, who called themselves The LHO, respectability, injecting long solos and complicated twiddly bits into the ceaseless beat and mundane tunes.

Zeke was on the most fantastic trip of his life. Earlier in the day his wife had gone into labour and at that very moment was giving birth to their firstborn in St. Catherine’s Sisters of Mercy hospital. He laid stick against skin with a verve that threatened to burst his drums asunder. His
musical
theory was simple: If you hadn’t hit it for a while, do it now, and do it hard. Eddie glanced across at him and winked. “This is the life; this is what it’s all about,” was the message that flashed between them. Zeke grinned back and
hammered
the cowbell.

And so is Uncle SAM.

He can pay his debts now,

Thanks to ol’ VietNAM.

Tim Roper, the lead singer and creator of The LHO,
windmilled
his right arm, bringing his musicians back into time with each other and winding down the tempo. Zeke slowed the beat and Eddie went into the band’s standard finish,
ending
with a drum roll, a few wailing chords and a final crash of everything that made a noise.

The audience, almost all living under the threat of draft into the army, went wild.

City ordinances demanded that the concert end at eleven p.m., and it was nearly five to. A roady in the wings tapped his watch and held up five fingers. Tim nodded an
acknowledgement
. Breach of the rule would mean failure to obtain licences for further concerts.

“Let’s do the breakfast song,” Tim shouted at Eddie, intoxicated to a height that drugs alone could never reach. He was reckless, wanting to live dangerously.
Fuck
the city ordinances, he was thinking, and if a couple of dope-heads were stabbed it wouldn’t hurt record sales. They’d given one encore, but the crowd was shouting for more; waving arms and stamping feet until they gradually fell into time with each other.

Eddie heard the exchange but didn’t argue. He just played the riff from ‘Eye of the Storm’ without waiting for a cue and the foot stomping changed to a cheer of approval. Tim had been overruled. He didn’t like it but there wasn’t much he could do. Carlo picked up the melody and Zeke fell into the rhythm as easily as falling into a warm bed. In ten minutes he’d be out of here, on his way to St. Catherine’s. Eddie pulled a face at the girl in the front row with devotion in her eyes and what could have been a small family of
illegal
immigrants inside her T-shirt. If the roadies did their job well he could be having sex with her before the night was much older. Tim yanked his guitar back into position with a scowl and spread his fingers into the appropriate chord.

Blue Coyote sound studio where the band hung out was in Sherman Oaks, a district of Los Angeles adjacent to
Hollywood and all the film studios. It was in a basement below a converted garage and run by Eddie’s younger brother, Pete. Pete was one of the finest saxophonists on the West Coast, and heading for a great future, until he discovered the hard way that Harley-Davidsons with bald tyres didn’t go round corners too well and didn’t go through brick walls at all. He came out of hospital in a wheelchair, with a
permanent
tremor in his left hand that meant his playing days were a memory. Eddie organised a series of gigs, added his life
savings
and set Pete up in Blue Coyote.

Three days after the San Diego concert the members of The LHO congregated at the studio. It was the first time they’d met since the post-concert party, and there was much to talk about. Outside, the streets flinched in the glare of the morning sun, but down in the cellar all was cool and dim. Carlo was drinking coffee, Oscar and Tim sipped the vodka laced with jalapeño chillies that had become the band’s favoured tipple. Guitars leaned against music stands,
amplifiers
lined the walls, blinking in time to the sound of Tim’s voice coming from the slowly-turning reel-to-reel recorder that had captured the last performance of ‘Eye of the Storm.’

“You sound good,” Pete told Tim. “Real good. Lots o’ soul in it.” He was insincere. He regarded the band as
talentless
amateurs and he couldn’t stand Tim, but if it kept him in joints who cared about a few white lies and a little hypocrisy? Pete had a reputation for his prodigious consumption of marijuana, but he took it for the pain, not the highs. Pete knew a lot about pain, in all its forms. He spun his wheelchair in the area of clear floor next to his control desk and adjusted the bass balance.

Eddie was next to arrive. He poked his head tentatively round the door until the others yelled at him. “Hey, man,” he said, “the friggin’ red light’s on. Been waiting outside nearly two hours.”

“Whadya know!” Tim exclaimed. “That was me.” He’d
been playing about with various switches and had activated the Recording in Progress sign on the door. He found the switch and restored it to its proper position. He was
wearing
a skin-tight T-shirt with velvet flares and his hair was tied back in a ponytail. “So,” he went on, “tell us all about Miss San Diego 1969.”

They almost always held some sort of party after a
concert
. Nothing very grand or organised: drinks and draw in the hotel, fried chicken or Mexican food, and some music. While the band were playing the roadies handed out
invitations
to the likeliest- and sexiest-looking girls in the first few rows, carefully avoiding the weirdos who followed every group. This time they’d done well, and Eddie had quickly found himself chatting to the girl he’d made eyes at during the performance. He gave a brief smile, aware of Pete, sitting in the corner, in the shadows, in a wheelchair. “She was… OK, a nice kid,” was all he added, downbeat.

The door opened again and the grinning head of Zeke appeared. He looked around then bounced into the room, carrying a bundle in his arms.

“Hey! Zeko!” they called. “Whadya got there?” He was followed into the studio by his wife, fragile looking in an ethnic jacket and tie-dyed wrap. “Carol-Anne!” they
greeted
. “Come in; sit down; make a space for her.”

They took turns to embrace Carol-Anne and shake hands with Zeke. He unfastened the baby’s shawl and formally introduced him to each band member. “Theo,” he’d say, “I’d like you to meet Tim. Tim’s lead singer with The LHO and the best goddamn singer-songwriter in Sherman Oaks.”

“Theo, eh,” someone remarked. “After Theodore Roosevelt, I suppose?”

“No,” Carol-Anne replied. “After Theodore van Gogh. He looked after his brother, and we hope this little feller
will grow up the same.”

“Which reminds me,” Zeke interrupted, turning to Pete. “
This little feller
, this little chickadee, is going to need a
godfather
. We, er, we were talking on the way over, like, and, er, well, Pete, we’d be mighty pleased if you’d agree to take on that responsibility.”

Double Her Pleasure by Randi Alexander
Twilight of the Superheroes by Deborah Eisenberg
What He Wants: Trusting You prequel novella by Dover, L.P.
Operation Whiplash by Dan J. Marlowe
The Temptation of Demetrio Vigil by Alisa Valdes
Tell No One by Harlan Coben
Primal Scream by Michael Slade
My Wicked Little Lies by Victoria Alexander
The Half Life of Stars by Louise Wener
Nameless: A Tale of Beauty and Madness by Lili St. Crow