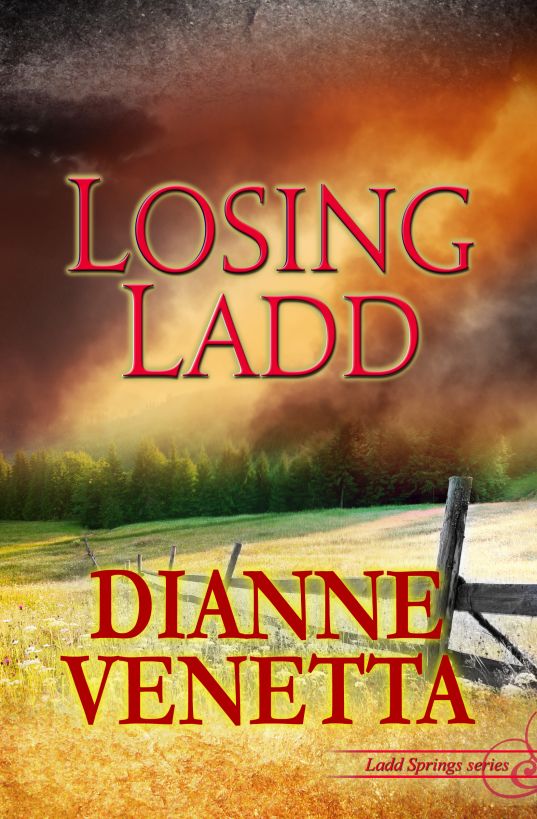 This ebook is licensed for your
personal enjoyment only. This ebook may not be re-sold or given
away to other people. If you would like to share this book with
another person, please purchase an additional copy for each person
you share it with. If you’re reading this book and did not purchase
it, or it was not purchased for your use only, then you should
return it to Smashwords.com and purchase your own copy. Thank you
for respecting the author’s work.

Other novels by Dianne
Venetta

LUST ON THE ROCKS

This book is a work of fiction. Any
references to historical events, real people, or real locales are
used fictitiously. Other names, characters, places, and incidents
are the product of the author’s imagination, and any resemblance to
actual events or persons, living or dead, is coincidental. This
ebook is licensed for your personal enjoyment only. All rights
reserved. Without limiting the rights under copyright reserved
above, no part of this publication may be reproduced, stored in or
introduced into a retrieval system, or transmitted, in any form, or
by any means (electronic, mechanical, photocopying, recording, or
otherwise) without prior written permission from the copyright
owner.

For a writer, research is
critical. Not only because your imagination can take you to some
amazing places and spin some wild tales, but because your readers
might have been there, done that, actually experienced some of the
crazy stuff you come up with! You don’t want them reading a scene
only to say,
that couldn’t
happen
. Hospital scenes are a prime
example. Doctors and nurses understand the procedures. Life and
death situations are nothing new to them.

But explosives? Who knows anything
about those details?

My nephew, for one. Ex-Navy, he worked
as an EOD technician and is well-versed in the mechanics of how
bombs are made, what makes them tick—and how to disable them. EOD
is short for Explosive Ordinance Disposal, which means it was his
job to locate the device, assess its capability and neutralize the
threat, protecting your fellow men and women. It’s a tough job,
especially considering much of his duties were performed
underwater. Without his help, I wouldn’t have been able to create
authentic scenes for this book.

This book is dedicated to my family.
Without their support, I wouldn’t be able to spend hours upon hours
playing with my imaginary friends. It’s a great life!

Felicity Wilkins might own Ladd
Springs but when Jeremiah Ladd struts back into town with
retaliation on his mind, she realizes how little her possession
means. Not far behind him, Jillian Devane arrives on scene and
between the two of them, everything Felicity holds dear is in
jeopardy.

Travis Parker knows the players and
knows the law. Problem is, Jeremiah and Jillian don’t play by the
rules and thwart his every effort to bring them to justice.
Complicating the situation is the impending trial against Travis'
twin brother Troy. Jack Foster continues to pursue his revenge
against Troy, aided by his mother, Victoria. It's a battle that
threatens to blow up the small town until a secret box of letters
discovered in an attic changes everything.

Cal Foster alone understands the
valuable find, and uses it to protect his new family from the
bloodlust of past quarrels they had nothing to do with. But one
explosive evening on hotel property threatens Felicity’s entire
world, throwing her at odds with Travis, and placing her life in
grave danger.

Will Jeremiah and Jillian finally
exact their revenge on Hotel Ladd? Will Jack and Victoria prevail
in their vendetta? Family feuds pack a powerful punch leaving no
one untouched in the grand finale, Losing Ladd...

Meet the cast of
characters of
Losing Ladd...

Cal and Annie Owens
– Son of Gerald & Victoria/Mother to
Casey

Felicity Wilkins took the sharp turn
with a death grip on the steering wheel. Negotiating the rural
mountain road as fast as she could, she had to get to the hotel
fast. Someone unlocked the gates at the hotel stables, setting the
animals loose. Some were gone. Her horse, Blue, was one of them.
Visions of what could happen to her black mare inundated her
mind.

Felicity’s mother had called, her
deadpan tone sinking in deeper with every mile. Blue was missing.
Gone. Tightening her two-fisted grip, Felicity focused on the way
ahead. There’d been a string of horse disappearances in the last
month. Properties along the forest were being targeted due to the
ease of escape. If anything happened to Blue, Felicity would die.
She would die!

With a tap to the brakes, she veered
hard to the left, then lurched right, taking the snake turn at high
speed. As she barreled down the final stretch of pavement, she
prayed no one pulled out of their driveway. She wouldn’t be able to
stop. The road was heavily lined with forest, nothing but trees and
bushes as far as the eye could see, save a few tin mailboxes poking
out. A route ingrained in her memory, a road traveled many times
with Blue.

Blue
. Felicity’s heart caught in her throat. The mare had to be
okay.

Driving past a wall of
rock, Felicity faintly registered the stream of spring water
spurting from its façade. The neighbors had inserted a makeshift
pipe for easy collection of the water, water that belonged to Ladd
Springs. Her family’s property. As she passed a rusty old house
trailer parked twenty feet off the road, memories of Clem Sweeney
flushed through her mind. Not only did he try to steal their water,
but he tried to steal their gold. Gold that had been discovered
deep in the forest of her family’s property little over a year
ago.
Her property
. Last year, Uncle Ernie had signed it over to her before he
died. Muscles jumped in her jaw. It had been a sore spot between
him and her mother, Ernie refusing to give in and sign the deed as
promised, but in the end he did. Ernie had signed it over and died
weeks later.

At the time, Harris Hotels had been
vying for the land to build a hotel. They specialized in luxury
eco-resort hotels around the world and wanted to incorporate the
Tennessee landscape into their portfolio. At first, her mother
resisted. But once she and the chain owner became romantically
involved, her position flipped. Felicity leased the land to Harris
Hotels, and they transformed the property into a beautiful mountain
resort, complete with spa, restaurant and stables. Stables someone
had deliberately opened and forced the animals to flee.

Felicity’s car reverberated over the
wooden planks of the creek bridge, skidding in a cloud of dust as
she floored the gas pedal and headed uphill. The staff parking area
would be closest to the stables. Spying an open space near a clump
of trees, she spun the wheel and braked to a hard stop, pitching
her body forward. Pushing out her door, she slammed it closed,
startled by the thunder of noise behind her.

She whirled, calling out breathlessly,
“Troy!”

Troy Parker’s truck rocked back and
forth as it too took the gravelly terrain at high speed, mirroring
her arrival. He parked haphazardly, jumped out and headed straight
for her, his muscular swagger reassuring in her time of need.
Relief swept through Felicity. Her mom must have called him to come
help. As Troy closed the distance with determined jean-legged
strides, she saw concern digging through the brown of his eyes.
“Your mom told you?” he asked.

“
She told me someone
unhooked the gates,” Troy said. “Is that true? Do you know what
this is all about?”

She shook her head, overwhelmed by a
horrible helplessness.

The brown of Troy’s gaze darkened,
underscored by the black of his T-shirt and cowboy hat. He was not
a man to contend with lightly. Not with that matchstick temper of
his. “Whoever did this is going to pay, Felicity.”

She nodded, suddenly grateful for
Troy’s brash, bull-headed nature. She wanted whoever did this to
pay, to suffer—especially if her horse had suffered. Felicity began
to shake. “We need to find her.”

“
We will.” Troy grasped
Felicity by the arm and directed her toward the stables of Hotel
Ladd, a place he loved as dearly as she loved it, marching them
onward. Troy and Felicity had been friends for as long as she could
remember, along with his twin brother, Travis. The three were a
trio. They rode together, played together. Horses were in their
blood, part of their everyday lives. The thought of anything
happening to one of their animals cut deep. Would they find
them?

After they passed through a cluster of
trees, the packed clay ground was uneven, marked by jutting rocks
and gnarled roots, the aroma of pine dominated the shaded trail.
Unable to wait, Troy and Felicity began to jog, picking up their
pace as they raced through the canopy of green toward the new
stables. A creek trailed along their path, the babble nearly
inaudible as fear and uncertainty rang in her mind, the pound of
boots jarring her body.

Two Brothers by Ben Elton
The Burning Court by John Dickson Carr
Tempered (A Daughters of the People Novel) (Daughters of the People Series) by Varna, Lucy
The Widow's Strike by Brad Taylor
A Deceit to Die For by Luke Montgomery
Island of Wings by Karin Altenberg
Goosebumps: The Blob That Ate Everyone by R. L. Stine
Scent of a Mate by Milly Taiden
Ghost Shadows by Thomas M. Malafarina
Licensed For Love (Short Story) by Scott, D. D.