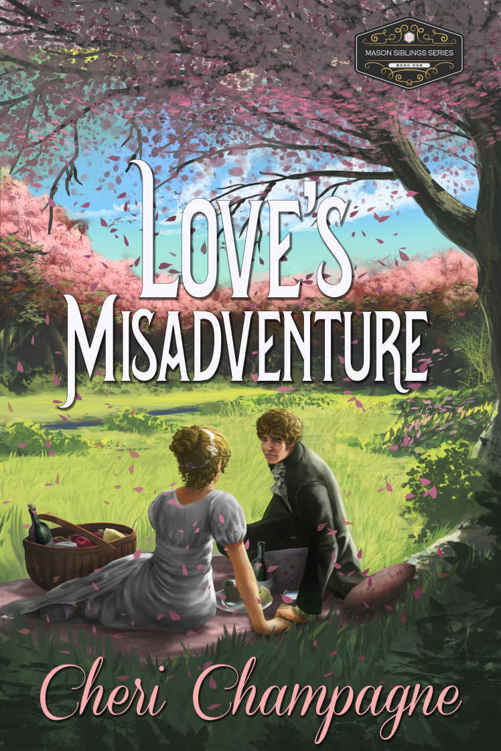 Book One of
The Mason Siblings Series

This book is a work of creative fiction that uses actual publicly known history, events, situations, and locations as background for the storyline with fictional embellishments as creative license allows. Although the publisher has made every effort to ensure the grammatical integrity of this book was correct at press time, the publisher does not assume and hereby disclaims any liability to any party for any loss, damage, or disruption caused by errors or omissions, whether such errors or omissions result from negligence, accident, or any other cause. At Pandamoon, we take great pride in producing quality works that accurately reflect the voice of the author. All the words are the author’s alone.

All rights reserved. Published in the United States by Pandamoon Publishing. No part of this publication may be reproduced, stored in a retrieval system, or transmitted in any form or by any means—for example, electronic, photocopy, recording—without the prior written permission of the publisher. The only exception is brief quotations in printed reviews.

For every hopeless romantic book lover with dreams of adventure.

I have so many people to be thankful for. My parents for being unconditionally supportive, my husband for pushing me to do what I love, and my children for being content to play while mommy gets some writing in.

I want to thank everyone that helped me through the early stages of my writing career; who offered support, encouragement, and aid whenever and however they could. You have no idea what that means to me.

Lastly, I want to thank the Pandamoon team. You have become a second family to me, that I am so proud to be a part of. You have impacted me in so many wonderful ways. From the bottom of my heart, thank you!

Lane Mason, seventh Earl of Devon, tugged against the ropes binding his wrists in a futile effort to free himself. The room was dark and silent, and Lane hadn’t the foggiest idea where he was.

The space stunk of rot, stale cigar smoke, and an unidentifiable acrid odour that stung his nose. But beneath it all, he smelled the faintest amount of lemons.

“Anna?” His whisper echoed like a gunshot in the quiet room. “Annabel, are you here?”

“Lane, oh, Lane, thank goodness you’re here!” Her sweet whisper sounded somewhere to his right. “Where are we? Who were those men?”

Lane narrowed his eyes in an attempt to see her through the pitch dark.

Somewhere in their adventure today something had gone horribly awry. This was not at all what he’d planned.

“My Lord, Miss Bradley, your luncheon is prepared.”

Miss Annabel Bradley’s stomach growled in anticipation. She hastily covered her stomach with one hand, a light blush staining her cheeks.

“Thank you, Geoffrey.” Lane accepted the basket and blanket from his butler, then turned to face Anna. “Shall we?”

Anna rose from her seat on the thinly cushioned settee and smiled at her closest friend. “I would be delighted.”

Lane led Annabel out the wide French doors to the garden, the fresh scent of roses, foxgloves, and sweet violets washing over her in one grand wave. Lane employed the finest gardener in all of England, much to the envy of his neighbours and the very great joy of Anna. She had always loved this garden.

Anna allowed Lane to guide her as they strolled slowly down the path, her face tipped upward toward the sun. She closed her eyes and let her skin soak up the warmth. A gentle breeze blew, picking up the edges of her skirts and loose tendrils of her hair.

A bird chirped somewhere in the distance and Annabel’s lips curved upward in one corner.
What are the birds saying?
she wondered.

“As always, Lane,” she said with a laugh. “Why do you persist on ruining my moments?”

He slid his arm beneath from her touch and placed his hand over his heart, staggering backward in mock affront. “
I
? I
ruin
a moment?” He notched his chin high and pushed out his chest like a proud calling bird. “I daresay I am the maker of moments.”

Anna laughed and playfully rapped him on the arm.

“Where do you suppose we shall settle for our alfresco luncheon?” Lane asked as they resumed their stroll through the garden. His chocolate-brown eyes crinkled with mirth.

She grinned up at him. “I haven’t the faintest notion, your lordship.” But she did. She always did.

It was
their
spot.

They passed several immaculately arranged flowerbeds, both fragrant and colourful, Anna’s hand curved familiarly around his elbow. The sound of water trickling over smooth pebbles reached her ears on the breeze, then the copse of cherry blossom trees came into view. At this time of year their petals showered from the branches to look like pink snow in the spring. Soon the blossoms would be replaced by deep red leaves, which were almost as pleasing to the eye and equally as ideal to picnic beneath.

Anna reached one arm out to touch a low-hanging branch with the tips of her fingers, causing pink petals to drift along the air before floating to the ground.

As they reached their spot in companionable silence, Anna released Lane’s arm. He placed the basket beside the tree’s trunk before spreading out the blanket.

He turned to grace her with a self-satisfied smile and Anna’s heart foolishly skipped a beat.

He helped her to her seat on the blanket, where she arranged her lavender skirts to cover her stocking-clad ankles. Lane sat across from her and began to remove items from the basket.

He was an exceptionally handsome man, with his light-blonde hair, brown eyes, square jaw, full lips, and a figure fit from physical sports. At the age of eight and twenty he was a wealthy Earl, a caring landlord, the most sought-after gentleman of the season, and her best friend and confidant. Anna considered herself very fortunate to have Lane as a friend.

They grew up on neighbouring estates, their families spending a great amount of time in each other’s company and bringing their children together.

Part of Anna had always thought—nay,
hoped
—that she and Lane would begin a family of their own one day. But so many years had passed since she had come of age, without a hint of romantic interest from Lane, that she had given up hope on becoming anything more than his very good friend.

Any intimate interference at this stage could be detrimental to their amity. She must satisfy herself with that fact, despite how he made her feel inside. She would never force her attentions on any man, her friend most especially.

Perhaps that was one of her troubles, her failure at flirting. If she had flirted with Lane, would he have offered a proposal? She sighed. Most probably not. It must be her, then, as lowering as that thought was.

Early in her debut season, Anna had received many callers hoping to begin a courtship with her, but she had always offered a polite refusal, secretly hoping that Lane would come to his senses and see her for the woman she had become.

She was not a raving beauty by any means, with her dull, dark-blonde hair, ample hips, and too-large bosom, but she was rather fond of her blue eyes. Small and thin women were among the most desirable, and fuller figures were out of fashion, as her modiste was wont to remind her. Though she had never considered herself unattractive, her voluptuous body and her age of five and twenty put her firmly on the shelf.

It was all but inevitable that her youth and eligibility would come to its quick conclusion, leaving her a mob-capped spinster. Perhaps if she practiced flirting, some man would begin a courtship of her, despite her advanced age.

She looked across the blanket at Lane as he arranged slices of meat upon two plates.
He will never make me an offer of marriage
, she told herself.
Find a willing man, accept a proposal, and live a life of contentment with the children he can give you.

“Are you feeling well, Anna?” Lane paused with his arm hanging in mid-air, a plate with roasted lamb on it resting in his fingers.

“Quite well, thank you,” she replied quickly. Perhaps too quickly.

His left eyebrow rose in suspicion.

She waved a hand through the air before accepting the plate from Lane. “Merely a troubling thought,” she said through a smile, “but I assure you it was just in passing. I am quite well now.”

Lane watched Anna for another moment before deciding to allow her falsehood to pass. He knew something bothered her, but he would not press the matter. Once she felt comfortable sharing it with him, he would be there to listen.

“Tell me, Anna, what new novel have you lost yourself in of late?”

Her anxious expression altered immediately into one of joy. “I found a splendid new novel at Hatchard’s Bookshop that just came in. It is authored by a man named Mr. Mystery.” Her eyes lit with excitement, and Lane’s chest constricted at the sight. “Some say it is a silly name, but I happen to think it quite clever. The author is very talented; he knows just the right way to keep the reader enthralled.”