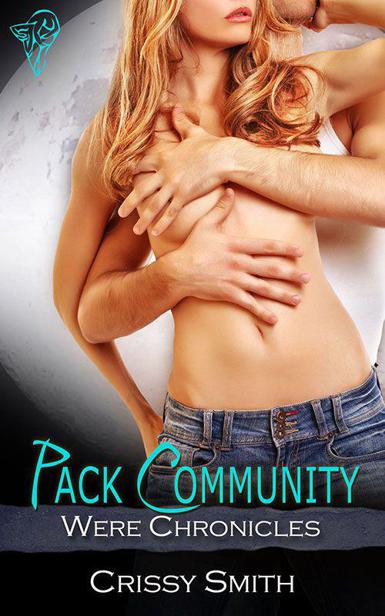 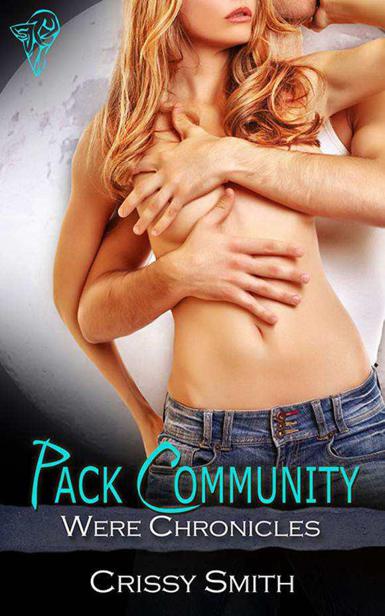 All rights reserved. No part of this publication may be reproduced in any material form, whether by printing, photocopying, scanning or otherwise without the written permission of the publisher, Total-E-Bound Publishing.

Applications should be addressed in the first instance, in writing, to Total-E-Bound Publishing. Unauthorised or restricted acts in relation to this publication may result in civil proceedings and/or criminal prosecution.

This book contains sexually explicit content which is only suitable for mature readers. This story has a
heat rating
of
Total-e-burning
and a
sexometer
of
2.

This story contains 77 pages, additionally there is also a
free excerpt
at the end of the book containing 9 pages.

Book five in the Were Chronicles Series

A wolf and a bobcat come together and change one community, forever.

Grayson Mason is worn out and run down from the long months on the road in search of the feline Prince. All he wants is to finish his mission and go back to his Pack. That is, until he meets the one woman who will turn his world upside down.

Beth Williams is happy in Coyote Bluff. The community of shifters support one another and she has her brother and nephew. Sure, sometimes she might get lonely, but she’s never connected with anyone enough to consider mating. That is, until a new wolf hits town. With the arrival of Gray, she has to rethink her entire life.

But there is more going on than just the attraction between the wolf and the bobcat. Gray’s search is bringing him closer to finding the Prince but at the same time leading him right into the middle of a feline conspiracy and a battle.

Gray finds himself fighting not only for the Prince’s survival, but also to protect his future mate.

This book is dedicated to my husband
—t
he love of my life and my biggest supporter. It was a difficult year but I love how much of a fighter you are. You make me proud to be your wife and I know you’ll only grow stronger every day until you are fully healed.

Early evening heat surrounded Gray Mason as he stepped out of his Ford truck where he had pulled over to the side of the road. The sign in front of him welcomed him to Coyote Bluff, Texas. Located in the panhandle of the large state, it was a place he had never visited before. But recent signs had narrowed down to a couple of possibilities for where to find the Prince of felines—one of them being the canyons surrounding the town.

After speaking to the Alpha Council and the Pack Alpha for the west Texas area, arrangements had been made for Gray to investigate there.

He’d been hearing rumours about the town that accepted any and all shifters since he’d begun to investigate the kidnapping.

Excitement rippled through his body at the thought of the search finally going somewhere after three very long months. While the idea of an entire town full of shifters was a little unsettling to him, he would do everything in his power to finally end his journey and make his way home.

He surveyed the area directly around him, seeking any close being that might be a threat. Sensing he was alone, he pulled out his cell phone and called his Alpha.

“Hey, Gray, I was starting to wonder,” Tyler greeted him.

Gray had to smile. Tyler would worry whether Gray called in or not, but Gray liked knowing that someone would at least notice if he was missing.

“Yeah, sorry about that, boss,” Gray answered and he leaned against his tailgate. “Crappy reception down here.”

“Just be careful. I contacted the sheriff there to let him know you would be stopping by in a day or so. He seems like an okay guy, but remember we don’t have any ties there,” Tyler warned.

“So he’s not family?” Gray enquired, asking his Alpha if the man was a wolf shifter.

“I don’t think so. The town is supposed to be full of other shifters but I just can’t tell over the phone.”

Gray grunted. It wasn’t that he didn’t like the others—he just hadn’t met many. Most of his dealings were with the felines, and those experiences had not been good.

“I’ll check into the hotel tonight, get a run in, and see what I can nose out before I meet with him tomorrow,” Gray informed the other man.

“Just be careful. There is no wolf Pack there, but that doesn’t mean that there are no wolves. You don’t want to trespass against them before you know who you are dealing with. Especially without back-up.”

“No problem. I’ll stay away from any marked spots,” he promised.

“Then call me tomorrow and get some rest,” Tyler ordered.

“Will do.” Gray hung up the phone, still grinning. He had been away from his Pack for so long he was starting to feel the loneliness more and more each day. While some wolf shifters had no problem going rogue, the true, deep comfort he found with his Pack mates was fading and it made him edgy. And an agitated wolf was never a good thing. He needed his family. He needed to get home soon.

Normally, he only shifted a few nights a month to let his animal out. The longer he was away from family, the more agitated both he and the wolf became. Running late at night seemed to be the only way he could calm himself, and even that was not working like it had.

“Coyote Bluff,” he mumbled under his breath as he climbed back in his truck. “Out of all the animals…”

Pulling back onto the main road, he followed directions on signs until he saw what he’d been looking for. The hotel looked like an old cabin from the pioneer days. He parked in front of the door and got out, pleasantly surprised to see that, while it might look old, it was a sturdy building. The railing spreading from the entrance to both sides was composed of thick pieces of wood with delicate carvings.

A closer look revealed that the carvings were of several different animals. The detail—each species practically came to life—was amazing. There seemed to be more to this town than he’d first thought. He hefted his bag over his shoulder and pushed open the large oak door.

What greeted him first was the scent of fresh, hot home cooking. He’d been living out of convenience stores and on fast food for so long that his mouth watered as he thought about a home-cooked meal. His stomach rumbled in agreement.

“I guess that means the first order of business will be getting you something to eat,” a tall, slender woman said, coming to his side, laughing.

Gray smiled at the pretty middle-aged woman. “Didn’t realise I was so hungry until I smelt whatever you have cooking.”

The woman laughed again, throwing her head back. “Oh no, Claude does all the cooking. But I will tell him you said that. I’m guessing you are Mr Mason?” she asked and guided him to the small, neat reception desk he hadn’t noticed. “I’m Dorothy. Claude and I own this place, so if you need anything you just give me a holler.”

“Yes, ma’am. Gray Mason here to check in and check out dinner.”

“Oh, I am going to like you, Mr Gray Mason,” she told him, patting his hand. “Just sign this registration form. We will charge your credit card when you check out. The dining room is open from five in the morning to eight at night. But if you want anything when it’s not open, you just let me know and I will show you around the kitchen. It is open to all our guests. We get a lot of business in the dining room from the town folk so don’t you worry about what time you eat. We’ve got plenty to feed everyone.”

Gray nodded and signed the paper she’d given him.

“There are places to grab food in town also. We have a café, a coffee shop, a bakery, the pizza joint, and even a steak house on the other side of town heading out. All good food, although no one cooks like my Claude.”

“Now, Dorothy, I think you may be a little biased.” Gray turned as a heavyset man joined them. He was smiling and looked friendly, but it was the power behind his eyes that told Gray so much about him.

This was a shifter. Not wolf or feline, but something just as powerful. Gray stiffened and turned to face the man directly. He had hoped to avoid any display of dominance.

The smile fell from the other man’s lips as he held out his hand. “Claude Gentry.”

Murder Brewed At Home (Microbrewery Mysteries Book 3) by Belle Knudson
The Submissive's Last Word (The Power to Please #4) by Deena Ward
Shadow War by Deborah Chester
The Way of All Fish: A Novel by Grimes, Martha
Foul Matter by Martha Grimes
Ripped! by Jennifer Labrecque
Chase (Prairie Grooms, Book Four) by Kit Morgan
Sand and Clay by Sarah Robinson
Atlantis and Other Places by Harry Turtledove
On Duty With the Queen: My Time as a Buckingham Palace Press Secretary by Dickie Arbiter