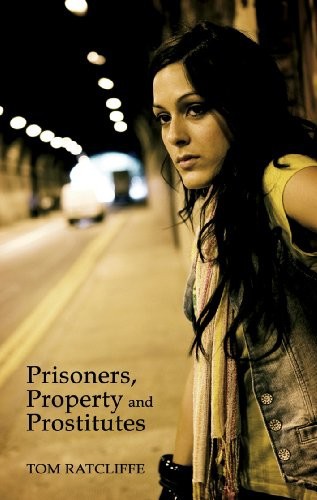 Apart from any fair dealing for the purposes of research or private study, or criticism or review, as permitted under the Copyright, Designs and Patents Act 1988, this publication may only be reproduced, stored or transmitted, in any form or by any means, with the prior permission in writing of the publishers, or in the case of reprographic reproduction in accordance with the terms of licences issued by the Copyright Licensing Agency. Enquiries concerning reproduction outside those terms should be sent to the publishers.

Matador
is an imprint of Troubador Publishing Ltd

To my wife and family, for everything

The stories and observations in this book have been assembled from experiences during my career as a policeman. Some have, of necessity, been simplified or streamlined, and are naturally subject to the passage of time on memory.

Many of the protagonists will by now have moved on and forgotten their involvement, indeed some of them have even died. Others only feature after, and because of, their deaths, but all have in common the fact that, at some point or another, they were part of that minority who come into contact with the Police world, whether as an offender, a victim, or any employee.

This book is not just for them. It is also for those people who do not fall into any of those categories, to have an idea of what they have been missing, and be grateful.

The view from the outside.

A Sunday night, shortly after midnight.

An unnamed man walked slowly along a tree-lined road. Inside him he carried a decent quantity of beer, and outside him he carried a portion of chips to fortify him on his way home. The evening was calm, the weather warm for early February, and it was dry. His life, in a low key sort of way, was presumably quite good.

His tranquility was suddenly shattered most unexpectedly.

He became aware of noises in the distance, which increased in volume as they drew rapidly closer. Turning, he saw the headlights of a BMW saloon approaching at very high speed, followed closely by a marked Police Rover, lights full on, horns sounding, obviously in pursuit, both travelling far in excess of the 30 mile per hour limit in this quiet residential area.

Moments later the BMW clipped the kerb, the slight impact being enough to throw it completely out of control, slewing sideways before rolling over and landing back on its
wheels in the opposite side of the road. As the BMW performed its wild antics, the Rover skidded to a stop, all four tyres smoking with braking effort. Before it came to a complete halt both front doors opened and two Policemen jumped out, truncheons drawn, and ran to the BMW. They pulled the doors open and immediately beat the two occupants before dragging them half stunned onto the road and handcuffing them. The passer by felt he had to make his point. He knew the Police had a difficult job at times and he knew joyriding was a problem in his and many other cities, but in his inebriated, lethargic way he knew that what he had witnessed could not go uncriticised.

His protest delivered he placed another chip in his mouth and walked away.

For that brief moment he was the voice of reason, the flagship of fair play and compassion, delivering a message of restraint to an incident of unjustifiable one-sided violence. He did not know that in the passenger door pocket of the BMW was a sawn off pump-action shotgun.

And it was loaded.

The view from the inside.

For the officers in the Rover, the evening had been a quiet one. A Sunday night, the last night shift of seven in a row, they had started work at 10pm and spent the first two hours driving round their area, stopping the occasional car and listening to
their personal radios for any call which they might be sent to, but none came. It looked set to be a nice quiet end to the week.

A few miles away, a terrified man dialled 999. He and his wife had been enjoying a dinner party as the guests of his next door neighbours in a pleasant, affluent country village. A good meal, a moderate quantity of wine, interesting conversation in tranquil surroundings – in fact in many ways an up-market version of the chip-eating pedestrian. But the evening had gone very sour when four masked men had entered the room in which he and his friends had been relaxing after the meal. The intruders had scaled a drainpipe at the rear of the house and climbed in through an upper window to emerge down the stairs and into the dining room – a most upsetting and unexpected intrusion. More worrying was the sawn-off shotgun, which one of the four brandished as they all went about relieving the diners of their personal valuables before demanding access to the safe. Unfortunately for all concerned there was no safe, so a fairly violent and unpleasant ‘question and answer’ session ensued before they left with sundry valuables and jewellery, cutting the phone wires, tying up the occupants of the house, and leaving in a car belonging to the householder.

The man who was now dialling 999 had managed to free his bonds almost immediately and with very commendable presence of mind went straight back to his own house next door to phone, and was also able to provide the registration number of the car stolen – a BMW saloon.

Within a couple of minutes of the raiders leaving the house, details of the incident were relayed over the radio, and in response to this the Police Rover went to a pull-in on the
approach to a bridge, which was the only direct route into the nearby city.

They didn’t have long to wait. Not more than five minutes later, the BMW saloon drove unobtrusively past them. It observed the speed limit, did nothing to draw attention to itself, and to the uninformed observer there was no reason for a Police car to take any interest in it at all.

The Rover pulled out and followed it.

After a few moments the Police became aware of another car, an Austin Montego, following a little way behind with two men in it. They checked the registration and found that it had been stolen hours earlier from the city towards which they were now heading. It was a very fair bet that this was the car used to ferry the four criminals on the outbound leg of their journey.

And so the bizarre convoy travelled at a sedate and law-abiding pace towards the city, the criminals thinking that on balance the presence of the Police car must be coincidental – they had made no effort to stop them, and the alarm should not yet have been raised. The Policemen drove like the meat in a criminal sandwich – two stolen cars, four violent unpleasant men (six if you don’t like Policemen), and armed only with the knowledge that there was at least one firearm in one of the cars. The officers decided that if a pursuit started they would follow the BMW, as it was a definite link to the crime, the Montego could (unlikely though it was) be coincidental. They hoped that as a result of their radio call other cars would be with them before things got lively, or better still that arrests could be carried out without any chase, but from experience
they knew that the odds were generally against that sort of conclusion.

The little procession carried on, quiet as you like, and finally reached a large intersection on the city outskirts. The traffic lights at the junction turned to red as they drew near, and to the amazement of the Police the BMW stopped at the line, as did the Montego behind them. For a few seconds all remained quiet. Then, from the left, another Police car appeared at high speed, hurrying to try and get in on the action which the driver felt must be about to happen. Seeing the cars stationary at the lights, the driver promptly slammed on the brakes to sail across the junction in a cloud of rubber smoke.

The game was up, and the BMW took off from the line like a rocket with the Rover in hot pursuit, all lights and sirens now firmly on. The Montego executed a smart right turn and was never seen again, but for several more miles the BMW and Rover stayed in close contact as other cars tried to make their way towards them. Then came the point where the BMW clipped the kerb, skidded and crashed.

The Police had to assume the occupants were armed, and the occupants in turn would know that to be arrested carried a high chance of several years in prison. The odds were against them surrendering without a fight, and a gun would be a trump card in any confrontation. The choice was either to back right off, or go in as fast and hard as possible. Would you back off in these circumstances?

If you would, then you shouldn’t have followed the criminals in the first place.

Seconds after the crash, both officers had a prisoner each, handcuffed and subdued.

The job was done, a good result.

Adrenaline was still coursing round their bodies, hearts pounding, trying to catch their breath, overjoyed at not having had to face the business end of a gun and still too much in shock to communicate beyond making relieved eye contact with each other, when a drunk holding a bag of chips walked up and said, ‘Eh! You’re bang out of order there lads, bang out of order.’

If either of the policemen had a hand free they could cheerfully have hit the drunk – ungrateful, uninformed and intrusive. Did he not understand how they had put their lives on the line just to make his insignificant life a bit safer?

Had the drunk been in possession of the full circumstances his approach could well have been very different, but such is the gulf of understanding that can exist between two groups – neither sets out to cause problems to the other, but like many things, your view depends so much on where you are standing.