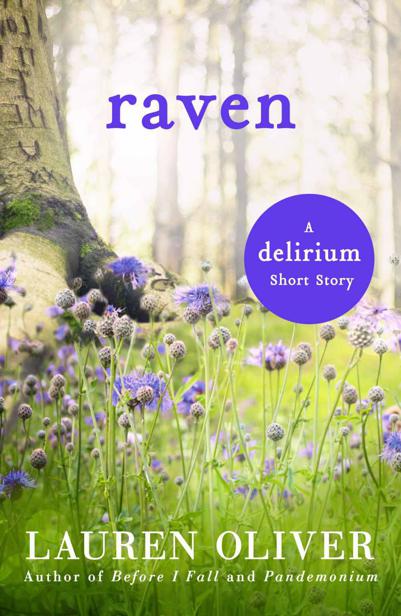 First published in America in 2013 by Harper

A division of HarperCollins Publishers

First published in Great Britain in 2013 by Hodder & Stoughton

Work has been asserted by her in accordance with the Copyright,

Here are the top three things I’ve learned in my twenty-two years on the planet:

2)        People are like ants: Just a few of them give all the orders. And most of them spend their lives getting squashed.

Of all of them, number three is really the only one you have to keep in mind.

“This is stupid,” Tack says. “We shouldn’t be doing this.”

I don’t bother replying. He’s right, anyway. This
is
stupid, and we
shouldn’t
be doing it. But we are.

“If anything goes wrong, we abort,” Tack says. “I mean anything. I won’t miss out on Christmas for this shit.”

“Christmas” is code for the next big mission. We’ve only heard rumors about it so far. We don’t know when, and we don’t know where. All we know is that it’s coming.

I feel a sudden wave of nausea, a tide rolling up to my throat, and swallow it.

“Nothing will go wrong,” I say, even though of course I can’t know that. That’s what I said about migration this year.
Nobody dies,
I said, over and over, like a prayer.

“Border patrol,” I say, as though Tack can’t see the solid cement wall, darkened by rain, and the checkpoints ahead. He eases on the brakes. The van is like an old man: always hacking and shuddering and taking forever to do what you want it to. But as long as it gets us where it needs to go.

“We could have been halfway to Canada by now,” Tack says, which is, of course, an exaggeration. That’s how I know he’s upset. Tack hardly ever exaggerates. He says exactly what he means, only when he means it.

It’s one of the reasons I love him.

We get through the border without any trouble. Eight years of living in the Wilds and four of working actively with the resistance, and I’ve learned that half the country’s security is for show. It’s all a big song and dance, a stage production: a way of keeping the tiny ants in line, cowed by fear, heads bent to the dirt. Half the guards are barely trained. Half the walls unpatrolled. But it’s the image that matters, the impression of constant surveillance, of containment.

Ants are driven by fear.

Tack is quiet as we drive down the West Side Highway, empty of traffic. The river and the sky are the same slate-gray color, and the rain sends sheets of water across the road. The clouds have the same low-down, swollen-belly look they did on the day, years ago, when I Crossed.

The day I found her.

I still can’t say her name.

I used to be an ant too. Back when I lived before, back when I had a different name, back when the only scar I had was a small, thin fissure on my abdomen, where the doctors had had to remove my appendix.

I can still remember my old house: the gauzy curtains that smelled like gardenias and plastic; the carpet sprinkled with baking soda and vacuumed daily; the quiet, heavy as a hand. My festa hand.ather liked quiet. Noise made the buzzing start up in his brain—like a storm of bees, he once told me. The louder the buzzing got, the more he couldn’t think. The more he couldn’t think, the angrier he got. Until he had to break, he had to stop it, he had to smash back all that sound with a fist, until there was quiet again.

We were a whirlpool, circling constantly around him, trying to keep the buzzing from coming back.

I almost drowned in that house.

I turn to Tack, realizing he’s been trying to get my attention. “What?” I say, a little too sharply.

Tack has slowed down in front of a parking lot on Twenty-Fourth Street, unattended, empty except for two cars. The street is lined with identical apartments, stiff as sentinels, blinds pulled down against the rain: a whole street of darkened red brick and bird-shit-stained front steps and blindness.

“So we wait,” I say. “Turn left on Nineteenth. I want to scout the block.”

Northeastern Medical, the clinic where Julian Fineman is scheduled to die, is on Eighteenth Street; we can thank the radio for letting that little detail slip. I’m surprised there’s not more press. Then again, they might be inside already, angling for a good view. Tack circles the block twice—not enough times to look suspicious, in case anyone is watching—and we talk over the plan together. He helps me think it out, then parks and waits for me while I walk the perimeter on foot, scanning the entrances and the exits, checking out nearby buildings, potential pitfalls, dead ends, and hiding places.

Several times I have to stop, breathe, struggle not to puke.

“Did you find a place for the backpack?” Tack asks when I climb back into the van.

I nod. He inches carefully into nonexistent traffic. Another thing I love about Tack: how careful he is. Meticulous, in some ways. And in others, totally free—quick to laugh, full of crazy ideas. Hardly anyone gets to see that side of him. How he speaks in a rush when he’s excited. How he likes to say the word
love
, over and over.

Love. I love you. I’ll always love you, my love. You are the love of my life.

We keep these things for each other, the deepest parts. In valid cities it’s those places that get stomped out firglemped oust, even before the cure—the wounds and weirdness and the pieces we carry like misshapen gifts, waiting for a person to welcome them.

Love
is still hard for me to say sometimes, even when we’re alone, even after all this time. So we’ve made up our own language, in the way we press chest to chest and the way we touch noses when we kiss. I get to say his name—his real name. A name that brings a taste of sunshine, and of sunshine raising mist from the trees, and of mist reaching toward the sky.

His secret name, which belongs to me, and to him, and to no one else.

Did I ever tell her I loved her?

I thought it every day.

The nausea is near constant now. It rolls me up and down. Thinking of her is too much, and the acid comes up from my stomach and burns the back of my throat.

I puke behind a car that looks like it hasn’t been moved in years, next to a small pharmacy, its battered blue awning pooling the rain. The vertical neon sign advertising
consultation
and
diagnosis
is dark, but a small orange sign hangs beyond the grungy door:
open.
For a second I debate going in, making up some story, trying to get another test, just to be sure. But it’s too risky, and I need to stay focused on Lena.

I tent my jacket above my head as I run back to the van, feeling a little better now that I’ve thrown up.

Mr. Monk and the Blue Flu by Lee Goldberg
REBEL, a New Adult Romance Novel (The Rebel Series) by Casey, Elle
Bound by Decency by Claire Ashgrove
Cast In Dark Waters by Gorman, Ed, Piccirilli, Tom
The Money Is Green by Mr Owen Sullivan
A Masterpiece Unraveled (The Masterpiece Trilogy Book 2) by Nikki Lynn Barrett
Amity by Micol Ostow
Alan E. Nourse & J. A. Meyer by The invaders are Coming
Room Service for the Billionaire by Storm, Selena
Indulgence 2: One Glimpse by Lydia Gastrell