Read Reaper I: The Beginning Online

Reaper I: The Beginning 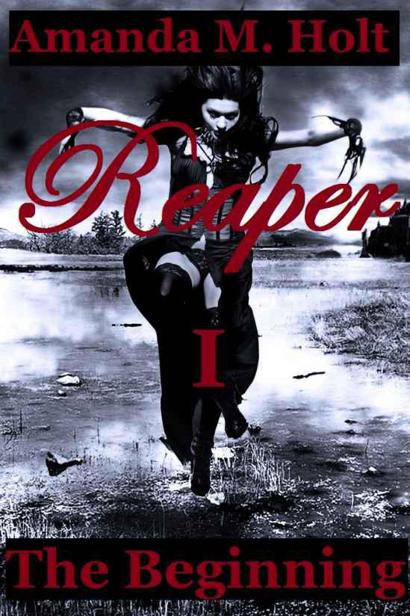 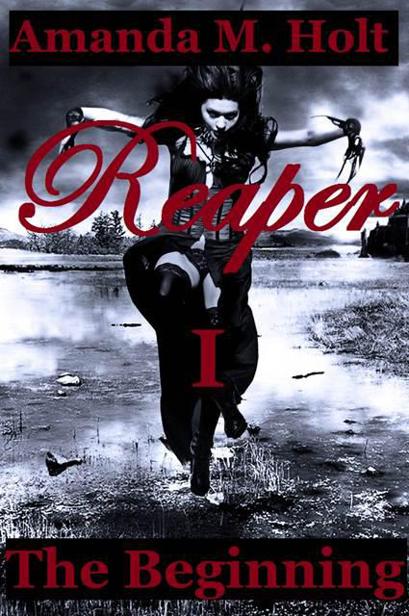 REAPER I: THE BEGINNING

Reaper I: The Beginning

This ebook is licensed for your personal enjoyment only. This ebook may not be re sold or given away to other people. If you would like to share this book with another person, please purchase an additional copy for each recipient. If you’re reading this book and did not purchase it, or it was not purchased for your use only, then please return to

Amazon.com and purchase your own copy.

Thank you for respecting the hard work of this author.

“Thanks to: Bunny for her support in times of need (and of course, her friendship); Al and Reg for their input on the realm of the law; Miss T for her timeless love and unfaltering support; Desirea and Aaron for being the first to read that initial chapter in its original awkward state; Nancee G. for her infinite thoughtfulness; Mr. Elliot for thinking, once upon a time, that I might make a decent writer; Mr. Ortwein, for nurturing my creativity; Krista for your enthusiasm and friendship; MC, Kay Kay, and everyone else at Carrol Res over the years; for my surrogate Thompson family; and of course, my biological family for always being there for me, no matter what the obstacle, we’ve always overcome it together, haven’t we?

I would also like to thank all the people who snickered when I said I wanted to write. My own perception of success is testimony enough to their lack of foresight/wisdom.

Immeasurable thanks to my readers.  If not for you, these words would be meaningless, purposeless electrons on my laptop.

Oh, and a special thanks to my cousin Anthony for introducing me to comic books: whole new worlds of limitless possibilities…”

Your purchase of this eBook has allowed me to generate a donation from the royalties that I’m collecting – a donation that I have earmarked for Siloam Mission, a non-profit organization in Winnipeg, Manitoba (Canada) that attempts to meet the needs of homeless, disadvantaged and high risk street-involved people.

Even though they are a Christian faith-based/faith-central charity – and I myself do not identify as being a Christian (certainly not a practicing one) – their mission is one that I find admirable.

I have been monitoring their efforts for some time now and contributing to their cause in the form of support, encouragement and donations.  Now that I am releasing my Reaper Series as a self-published body of work, I have every intention of donating a portion of my royalties from multiple books in this series to Siloam Mission.

For more information on Siloam Mission, or to make a donation to their very worthy cause, visit: http://www.siloam.ca/

REAPER I: THE BEGINNING

The first time that I turned into the Dark Thing, I was just as terrified of my transformation as I was of my attackers.

That evening had begun normally enough.

I had just left my workplace and, for the usual reason, had chosen to take a shortcut home by walking through Lincoln Park.

Cutting thought the park at night was something my mother would have scolded me for, but I was far too bold to heed her warnings.

Instead, I brushed them off as mere motherly paranoia.

She was always paranoid about one thing or another.

Besides, it was the Suburbs for God’s sake.

Nothing ever really happened there.

I didn’t share the same fears as my mother.

I didn’t believe in things that went bump in the night.

Nothing bad had ever happened to me in Lincoln Park, day or night, and this route was, after all, the quickest way home from my part time job at Bo’s Ice Cream Parlor.

Plus, I was in a hurry to get home because I was really looking forward to the episode of Buffy the Vampire Slayer that was playing that night. It was a repeat episode, but one of my favorites… Spike was in love with Buffy, little good that it did him, as she was still in love with Angel.

I loved watching Spike suffer through his unrequited love.  Something about seeing that gorgeous bleached blond vampire lusting after a woman he couldn’t have made my fifteen year old pulse quicken.

I had never even been kissed by a boy.

I was innocent of many things.

In my innocence, I felt as long that as I stuck to the lit paths that cut Lincoln Park into its sections, I should be fine. I wouldn’t run into any wild animals, trip over any tree roots, or meet up with any of the homeless people who sought out refuge in the deeper shadows of the park.

I had traveled this path during both the daylight hours and autumn evenings numerous times without a single unpleasant incident.

I probably could have walked my favorite path with my eyes closed.

From my point of view, it was a much better route home than walking the several blocks around the park to get to my neighborhood.

So yes, I dared that night to cross Ol’ Lincoln, sticking to those well-lit paths as best I could.

My lucky stars had never led me astray before…

Nevertheless, on that cold October night, I would not be so lucky.

I heard the gruff voiced men well before I saw them.

Their intentions came to me in bits and pieces of conversation.

“Now
there’s
a sweet piece of ass if ever I saw one,” one of them hissed, in my general direction.

“I’ve been craving a piece like
that
all night,” said another man, from the same place as his unseen companion.

Being the only
piece of ass
that I could see in Lincoln Park that night, I would have been stupid
not
to assume that he was talking about me.

I began to walk faster, hoping that my footsteps would carry me further away from their voices. Put me out of sight before they could get any other vile ideas, make any other gross comments.

My quick breaths formed little puffs of mist in the cold night air.

Another rough voice drifted to me.

Another hoarse whisper from the shadows.

“I could eat that ass up in two bites!” A third voice growled.

I glanced nervously to the left of my field of vision, looking for the faces and bodies that belonged to the crude words.

It was then that I saw the three of them walking toward me from the shadows of the park, blocking my way further along the path.

The short heavyset man was the first one I saw.

He wasn’t dressed for the brisk cold of the night, in a sleeveless shirt that showed a collection of tattoos. He was leering at me, his vicious smile splitting his face from ear to ear.

The dark skinned one of the three had hooded eyes that made me feel uncomfortable as his glance swept me from head to toe. He was tall, well built and moved with feline grace making me think that he must have been an athlete of some sort.

He too was leering, a missing tooth in his smile.

The youngest one couldn’t have been much older than me.  He was as pale a ghastly white as the moon overhead.

He smiled at me, but there was no humor in his smile, only a cruel hunger.

In hindsight, I realize that it was at the sight of those corrupt smiles that I probably should have run.

Run as far and as fast away from those men as my slender young legs could have carried me.

I was only fifteen—and even though they looked like a rough Motley Crew of men, I didn’t immediately have the sense that they were going to act on their obscene words.

On the other hand, I should have known that my youth wasn’t something that would have swayed them from their perverted thoughts, their sick and twisted cause.

If society’s warnings were anything to go by, my tender age would only have encouraged them to act out their lascivious ideas.

Sick perverts loved young girls, isn’t that what every mother—especially mine—liked to warn?

It turned out, my mother was right.

Hindsight being what it is, I know now that I should never have cut through the park after dark.

Not even in this
nice
part of town.

Certainly not at night.

But instead, there I was in my pink polyester Bo’s Ice Cream Parlor uniform, my nametag,
Samantha B
. flashing in the late October moonlight like a beacon that could draw the men nearer.

The heavyset man in the middle of the group continued to leer at me as he twisted the hairs of his long goatee with a plump tattooed hand.

“Hey, girly – you look lonely.” His stare was unmistakably set on me. The callousness of his words assured me he
meant
me. “Maybe you’re bored?”

“Maybe you’d like to play tonight?” The young one asked.

“Maybe you need a little company.” The dark-skinned one drawled.

There was no longer any doubt in my mind – they
were
talking about me.

My heart began to pound more quickly in my chest.

The Last Summer of Us by Maggie Harcourt
The Day of the Donald by Andrew Shaffer
Unspoken Love by Lynn Gale - Unspoken Love
The Air War by Adrian Tchaikovsky
The Secret Club That Runs the World: Inside the Fraternity of Commodity Traders by Kate Kelly
Rainbow Road by Alex Sanchez
Beloved Forever by Kit Tunstall
Darkhouse (Experiment in Terror #1) by Halle, Karina
The Guardian (The Gifted Book 1) by C. L. McCourt
The Children of Hamelin by Norman Spinrad