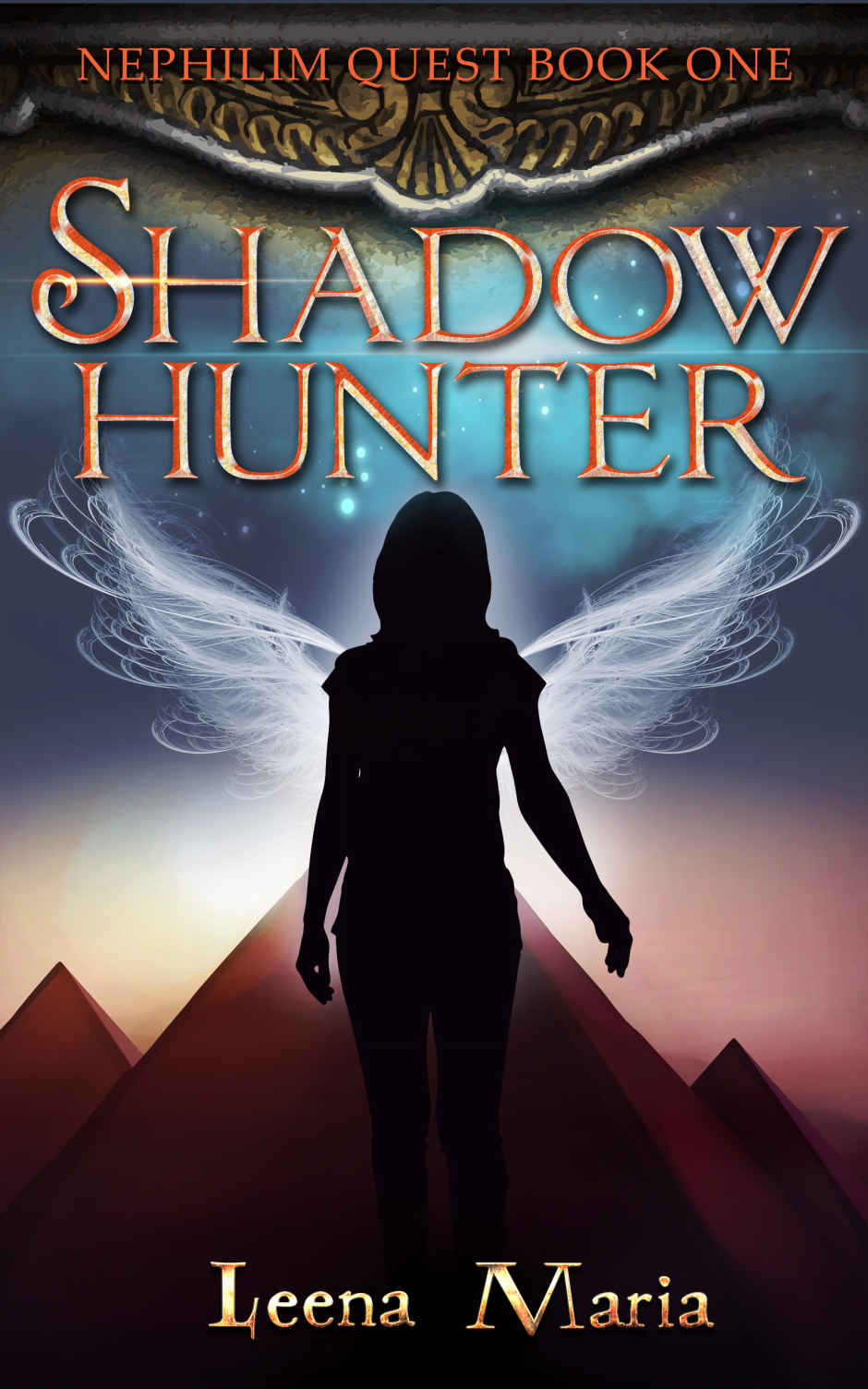 - What If You Slept

Chapter One - 1. In the Shadow of War

Chapter Three - 3. Shadow on the Trail

Chapter Six - 6. Going Forth by Day

Chapter Seven - 7. Amongst the Books

Chapter Nine - 9. Shadow in the Garden

Chapter Eleven - 11. The Story of the Wax Crocodile

Chapter Twelve - 12. Eyes of Blue at the Bookstore

Chapter Twenty-Four - 24. The World Behind the Gate

Chapter Twenty-Five - 25. The Opening of the Way

Chapter Twenty-Seven - 27. Shadow on the Scent

Chapter Twenty-Eight - 28. Grandma and the Book of Watchers

Chapter Thirty-Eight - 38. Letters to the Moon

Chapter Thirty-Nine - 39. A Lily for Remembrance

Chapter Forty-Five - 45. Song of the River

Chapter Forty-Six - 46. The Place of the Neteru

Chapter Forty-Seven - 47. Truth Will Out

Chapter Fifty - 50. The Book of Messengers

Chapter Fifty-Five - 55. Cursed by a God

Chapter Fifty-Nine - 59. Shadows at the Gate

Chapter Sixty-Four - 64. Kiss in the Desert

Chapter Seventy-One - 71. His Mother Is Re

Chapter Seventy-Two - 72. Deal With a Goddess

Chapter Seventy-Eight - 78. "You Will Heal Him"

Chapter Eighty-Six - 86. In League With the Shadows

Chapter Eighty-Eight - 88. Together in Blood

What If You Slept

What if you slept?

And what if, in your sleep, you dreamed?

And what if, in your dream, you went to heaven

and there plucked a strange and beautiful flower?

And what if, when you awoke, you had the flower in your hand? Ah, what then ?

"Do not mind, my lovely," mother whispered to me when I understood I was different from others."Yours is a gift that has to stay in the shadows."

And so I stayed there, at the edge of the shadow world, the one they called Shuet, the Shadow. I hid from the sunlight and night became my friend. And I learned to talk with the shades and the stars and the whispers of the night and they taught me their deep secrets
.

She ran for the shelter, clutching the baby in her arms.

"Soon, sweetie, soon! We're on our way to safety, I promise." She was saying it as much for her own benefit as the baby's, as if simply saying the words could make them come true.

The baby did not cry. It listened to the sirens, eyes as round as plates. The Luftwaffe was bombing London, again. People had lost count of how many consecutive days they had been running for the shelters with the rising and falling scream of the siren filling their ears, sweeping them onwards like terrified animals towards a place of refuge.

"Come along, Miss, 'Itler's not going to wait for you, dear!" The ARP warden took her by the elbow to encourage her along with the others. Then he saw the baby in her arms. "Sorry, Madam! But please, hurry up do, missis!"

She was not only escaping the bombs, but also the creatures that were after her baby. Their baby. The only precious thing she had left of him and their love. Her reason for living.

Beautiful. He had called her beautiful. And he had not yet seen his daughter.

She had not been aware of her heritage before she met him. She had only fallen madly in love with the tall young stranger. In the midst of the war they had clung to each other as though they were drowning and the touch of the other would save them both. He had told her what she was, and after the initial shock the knowledge had finally eased her pain of being different.

She no longer cared about her childhood – the way all the others had mocked her, how she kept getting herself into trouble, and that final day, when she had taken all she could stand. After that, all the children avoided her, and even though no one believed their stories, she became an outcast. Before, they had bullied her, now they did not even come near her. She spent the rest of her childhood alone, without a single friend, completely ignored.

When she was old enough, she moved to London and found a position as a servant. No one commented on her tall frame in the kitchen. They hardly spoke to her at all, and she lived for those moments when anyone threw her a word, even if it was just an order to peel potatoes. She remembered with warmth the day the grocery boy took a liking to her.

"Hullo, Beanpole!" he said the moment he saw her. "What's the world like from up there? I bet people are always saying you've got your head in the clouds!"

"Nothing I can't handle! I just duck whenever a bird flies towards me." She quite surprised herself by coming smartly back with a reply that earned a delighted chuckle from the boy.

"Handy for me that you're so tall," he grinned, "now I don't have to knock on the door, 'cause you'll see me coming for miles off, wontcha, eh, Beanpole?" He was cheeky, but so cheerful and kind that she couldn't be offended. She found she was smiling despite herself.

He carried the groceries into the kitchen.

"Where d'you want them then, gel? Over there?" He touched his cap and was on his way with a wink and an appreciative lipsmacking noise. She was still smiling when a voice cut in from behind her.

"Oooh, someone's got an admirer!" It was one of the maids, the pretty one, who had seen the whole thing.

She fluttered her lashes mockingly, with her hand on her round hips. "Fancy that, you've got yourself a follower who likes 'is women to look like a boy!"

To emphasize her meaning, the maid threw back her shoulders so that her own rounded bosom made the boot-boy's eyes pop out.

After that they called her the Beanpole, and snide remarks by the other girls about her thin frame made it clear that they thought no man would ever be interested in her. Still, most of the time they weren't

too mean, just showing a sort of sly sympathy for an unfortunate young woman who did not look as a woman should.

She kept quiet, and continued timidly to do her job the best that she could, eager to please the others and even smiling at their comments about her boyish figure in order to win acceptance into their ranks.

When she came of age, she began to have a constant fever, but oddly enough she did not feel any weakness. By then the war was underway, and in the midst of all the uncertainty and fear she had met him. She saw him first, and stopped in surprise. There weren't many men who were even taller than she was, so he stood out amongst the others. There was something else about him; something that she seemed to recognise. She was sure she had never met him before, though.

"Good afternoon, Miss!" He lifted his hat to her, taking her by surprise, as she walked towards the pond in the nearby park. She liked to sit and watch the water, and the ducks swimming. Sometimes she took them bread crumbs from the kitchen, not that there was often much left these days, when every scrap of food counted.

"He... Hello," she stammered, instantly captivated by his intense gaze. To her horror she blushed. Her heart thumped loudly in her ears.

He was tall - so tall - just like her. And handsome. He was probably the best looking man she had ever seen. He was just standing there, looking at her in...what was that expression... wonder? As though he couldn't believe what he was seeing. And then his eyes began to smile, and her knees suddenly felt weak, so that she had to take a step to regain her balance.

"There may be a war on, but I've never known a smile knock someone off their feet!" he said. "Well, not anyone as lovely as you, anyway."

It took her mind a few seconds to catch up with what her ears had heard. Lovely? He had called her lovely! She peeked at him to see if he was joking. No, his eyes looked as though he meant what he said. He apologised for his forwardness.

"I'm sorry - I didn't mean to be offensive. Would you - walk with me?" he asked, and, noticing her nervous gaze searching for other people, he added "Just round the park, of course." He held out his arm to her.

After a moment's hesitation she had agreed. They walked together for almost half an hour.

He was polite, thanking her when she told him it was time for her to go, and lifting his hat again. They met again the next day. And the next.

And then he stole a kiss from her under an old oak tree and her response was so fierce that her cheeks burned with shame for the entire evening. A week after she had first met him they became lovers.

He had been escaping from something; because he only agreed to meet her as far from crowds as was possible in a big city like London. She did not ask what he was hiding from, too afraid to, for fear of losing him.