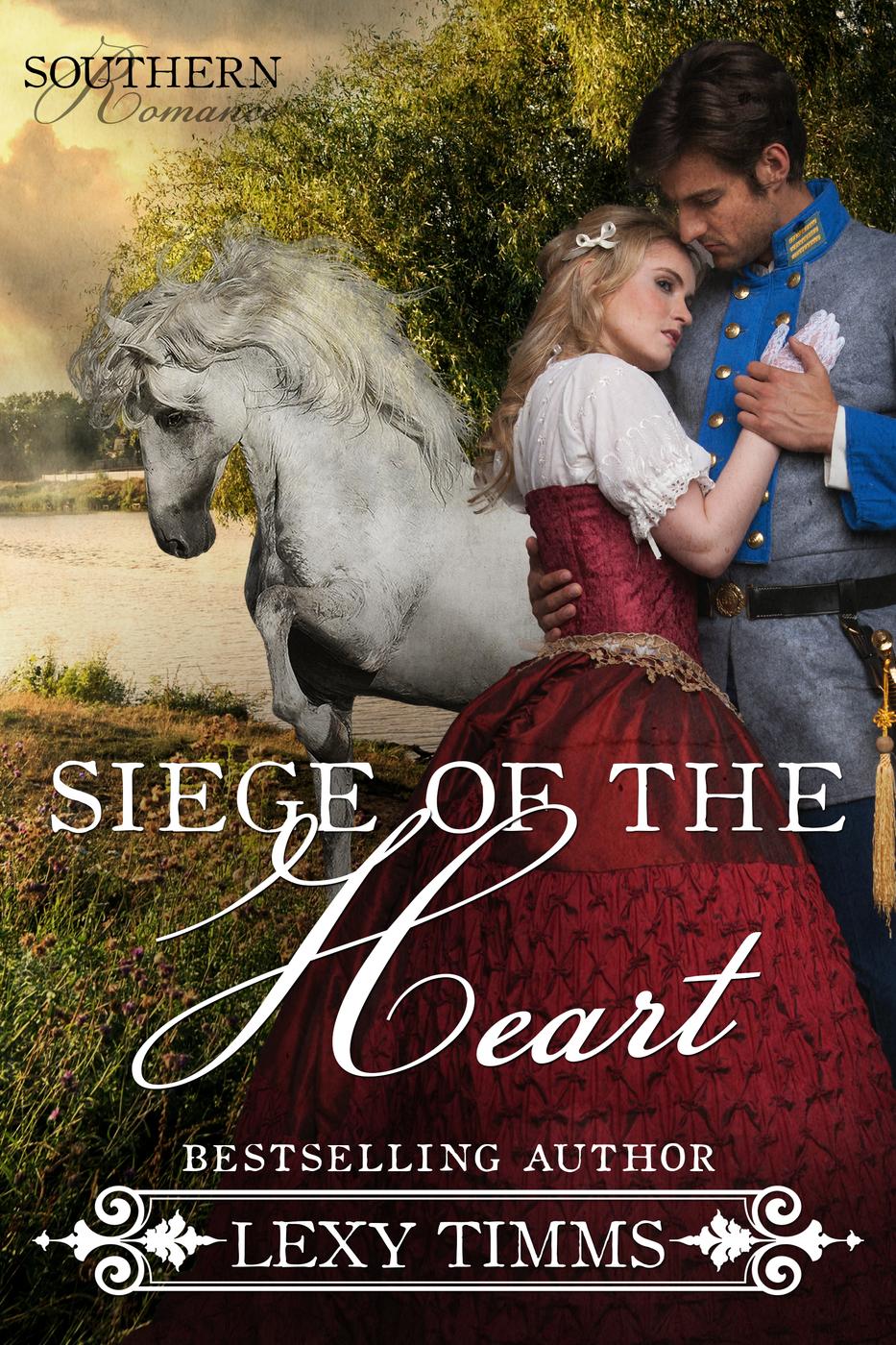 One You Can't Forget

Heart of the Battle Series

The University of Gatica Series 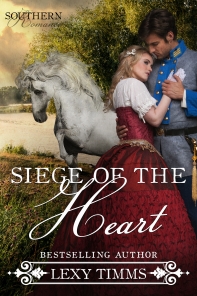 All rights reserved. No part of this publication may be reproduced, stored in or introduced into a retrieval system, or transmitted, in any form, or by any means (electronic, mechanical, photocopying, recording, or otherwise) without the prior written permission of both the copyright owner and the above publisher of this book.

This is a work of fiction. Names, characters, places, brands, media, and incidents are either the product of the author’s imagination or are used fictitiously. Any resemblance to an actual person, living or dead, events, or locales is entirely coincidental. The author acknowledges the trademarked status and trademark owners of various products referenced in this work of fiction, which have been used without permission. The publication/use of these trademarks is not authorized, associated with, or sponsored by the trademark owners. 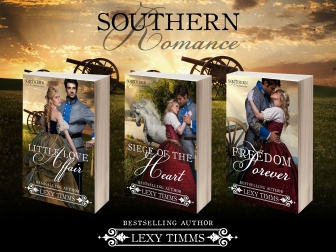 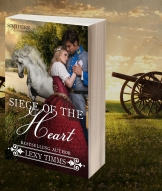 S
iege of the Heart, Book 2 in the Southern Romance series, by bestselling author Lexy Timms

Jasper Perry has a home, a family—everything he thought was lost to him forever after war broke out. With Clara’s love, Jasper believes he has everything he has ever wanted. As he awaits marriage to Clara, he finds himself overcome with homesickness.

When a Confederate militia kidnaps him, determined to punish him for his defection, Jasper has a choice: to give up the loyalty he once held to the Confederacy and fight to get back to Clara; or leave his new home behind, and return to all that is familiar. To make things more complicated, the militia has mistaken Cecelia for Jasper’s wife, and kidnapped her as well.

Reunited with his family, Solomon Dalton attempts to return to his old life as if nothing had ever happened. But when Jasper and Cecelia are kidnapped, Solomon must return to Confederate territory to save those he loves. However, he is not alone, a strange man is following him, and Solomon has heard in quiet whispers that Union spies are looking for those who have betrayed the cause...

T
he wagon hitch slipped out of his hands and thudded to the ground with a dull boom, and Jasper swore. One of the barn cats yowled, and Beauty, back in her stall, whinnied at him. Whether it was genuine concern or amusement, Jasper did not know, but he was unamused nonetheless. He sucked at his banged fingers, muttered another oath, and decided he would finish the task later. He strode out of the barn at high speed, not wanting to admit to himself that he was really worried Clara would come out of the kitchen and ask what was wrong.

He did not want to see Clara just now.

Besides, it was beautiful outside. That, he could appreciate. The fall colors were a thing of beauty in his hometown of Osceola, Missouri, but Jasper had never experienced autumn in Pennsylvania. The air carried a genuine chill to it, the barest hint of the winters he so feared about the north—he had heard stories from Solomon. Oddly, the fear of that cold was stirring in his blood, making the riot of reds and oranges and yellows in the hills somehow more beautiful, lending an unearthly quality to the sunflowers bobbing gently to the swaying fields of late crops. At night, when Clara had poured them some cider, it was more wonderful to huddle around the fire. A welcomed break from the August heat.

Jasper should feel at home here. Indeed, at times he
did
feel at home. There was the easy camaraderie of a farm, where everyone went to bed in the evenings exhausted by the plain, honest work of turning the earth for crops and wrangling the animals into their pens, picking apples, and planting seeds to winter. Jasper bagged potatoes, Clara spun and managed the business of the farm with Solomon at her side, and Cecelia fought with the goats. Stubborn creatures; Jasper didn’t see how she could love them, but Cecelia loved everyone.

He should be happy.

Sometimes when he looked at Clara, he thought his heart would burst with love. She was slim and golden and as lovely a woman as any he’d seen, and she refused to hide behind myths of feminine incompetence as she struggled to keep the farm running. With Solomon alive, and more help for the farm, she had blossomed into hope.

Yet, Jasper could not help feeling like an outsider. Clara was to be his wife soon, sometime after the harvest. They should have rushed it, and yet they did not, and Jasper could not bring himself to insist on it.

He knew that. He did not know why he failed to do so.

He did know that not even the easy good humor of the men and their grudging respect for saving Solomon did not absolve him entirely in their eyes. He knew that sometimes he saw them looking, and knew they were remembering who he had fought for. After all, he was not a person who had defected out of conscience, and never fought for the Confederacy. Even though Jasper swore to himself that he would not take up arms in their defense again, even when he accepted that he had fought for something he could no longer condone, he struggled with a furious pride. How dare they look down on him?

It did not help that he was the man who had taken the bride from Cyrus Dupont. The town loved that man. Everyone spoke in hushed tones, half-defiant, that he was a fine man, a man who helped his own. They said it sometimes when they needn’t have said anything more than hello, and even knowing that he was credited as Solomon Dalton’s savior, Jasper knew he was still the Confederate to them.

Solomon’s own history was never disclosed. That Jasper had saved him on the battlefield and brought him home was known. No one seemed to put two and two together. They were all just so happy to see him.

Ixeos: Book One of the Ixeos Trilogy by Jennings Wright
Where Love Shines by Donna Fletcher Crow
Tough Sh*t: Life Advice From a Fat, Lazy Slob Who Did Good by Kevin Smith
By Force of Instinct by Abigail Reynolds
Dying Dreams (Book 1 of Dying Dreams Trilogy) by Sadler, Katharine
A New Kind of Monster by Timothy Appleby
The Devil in Her Heart (Heartless Devils Motorcycle Club Book 2) by Thomas, Kathryn
The Hawkweed Prophecy by Irena Brignull
Pretty Good Number One: An American Family Eats Tokyo by Matthew Amster-Burton
The Rising Sun: Episode 1 by J Hawk