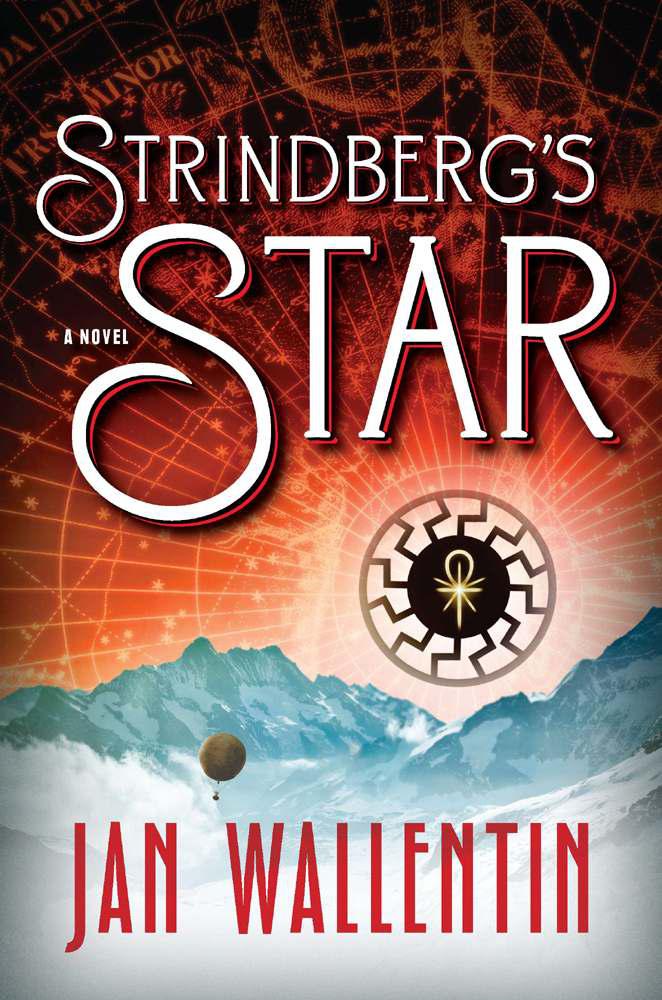 First published in 2012 by Viking Penguin, a member of Penguin Group (USA) Inc.

No part of this book may be reproduced, scanned, or distributed in any printed or electronic form without permission. Please do not participate in or encourage piracy of copyrighted materials in violation of the author’s rights. Purchase only authorized editions.

TO SAMUEL, LYDIA, AND HENRY

May 13th.
—A letter from my wife. She has learned from the papers that a Mr. S. is about to journey to the North Pole in an air-balloon. She feels in despair about it, confesses to me her unalterable love, and adjures me to give up this idea, which is tantamount to suicide. I enlighten her regarding her mistake. It is a cousin of mine who is risking his life in order to make a great scientific discovery.

That which has been is far off,
and deep, very deep; who can find it out?

6 Up into the Light

55 Gone with the Wind

H
is face had really withered. The makeup artist’s tinkering couldn’t hide that fact. Yet she had still made an effort: fifteen minutes with sponge, brush, and peach-colored mineral powder. Now, as she replaced his aviator glasses, there was a sickly shine over his grayish cheeks. She gave him a light pat on the shoulder.

“There, Don. They’ll come and get you soon.”

Then the makeup artist smiled at him in the mirror and tried to look satisfied. But he knew what she was thinking. A
farshlept krenk,
an illness that was impossible to stop—such was growing old.

H
e had rested his shoulder bag against the foot of the swivel chair. When the makeup artist left, Don bent down and started to rummage through its contents of bottles, syringes, and blister packs. Popped out two round tablets, twenty milligrams of diazepam. He straightened up again, placed them on his tongue, and swallowed.

In the fluorescent light of the mirror, the hand of the wall clock moved a bit. Thirty-four minutes past six, and the morning news murmured from the closed-circuit TV. Eleven minutes left until the first studio guests were on the couch.

Then he heard a knock, and a shadow appeared in the doorway. “Is this where you go for makeup?”

Don nodded at the tall figure.

“I’m off to channel four later,” said the man, “so the girls might as well apply enough to last.”

He took a few steps across the yellow-speckled linoleum floor and sat down next to Don.

“We’re gonna be on at the same time, right?”

The swivel chair creaked as the man leaned closer.

“I read about you in the papers. You’re the expert, aren’t you?”

“Not really my area of specialization,” said Don. “But … I’ll do my best.”

He got up and removed his jacket from the back of the chair.

“In the papers it said you know this stuff,” said the man.

Don put on the corduroy jacket, but as he put the strap of his bag over his shoulder, the man grabbed it. “You don’t have to act so fucking important. I’m the one that found everything down there, aren’t I? And by the way, there’s …”

“By the way, there’s something I think you could help me with.”

He cast a quick glance at the door, but there was no one there.

“There’s something else I found down there. A secret, you could say.”

The man pulled Don a little closer, with the help of the shoulder strap.

“It’s at my place in Falun, and if it’s possible I’d really like for you to come up to my house and …”

His voice died away. Don followed the man’s eyes to the doorway,
where the presenter was standing and waiting in a light brown suit jacket and a frumpy skirt.

She pointed out toward the hallway, where a cue light was glowing in red:
ON THE AIR.

W
ith each step, Erik Hall’s rubber boots sank deeper into the mud, and his legs were tired. But it couldn’t be much farther now.

When, through the fog, he could make out the clearing past the last trunks, he came to a halt, and for a moment he felt uncertain. Then he caught sight of the ruins of the old fence. The rotting stumps stuck up like warning fingers in front of the slope down to the opening of the mine shaft. He slid down the incline to the ledge in front of the mouth of the shaft, pulled off his three dive bags, and stretched his back.

It was cold here, just like yesterday, when he had managed to find his way to the abandoned mine for the first time. The heavy pack of tanks with the inflatable buoyancy vest was still lying where he’d left it, and the same horrible, rotten stench was still in the air.

The fog had reduced the light to dusk, and it was hard to make out any details as he leaned over the steep shaft. But when his eyes had adjusted, he could make out the supports that started at a depth of about thirty yards. They braced the walls of the shaft, and an image of sparse, blackening teeth flashed by. Like looking down into the mouth of a very old person.

E
rik took a few steps backward and carefully inhaled. The smell seemed to subside as he got farther from the hole.

He gave himself a pat on the back. He’d been able to make his way in this darkness and find the right route yet again; there weren’t very many people who could pull it off.

A
nyone could use a GPS navigator to get from Falun to an address out by Sundborn or Sågmyra. But finding the right place three miles straight out in the wilderness—that was different.