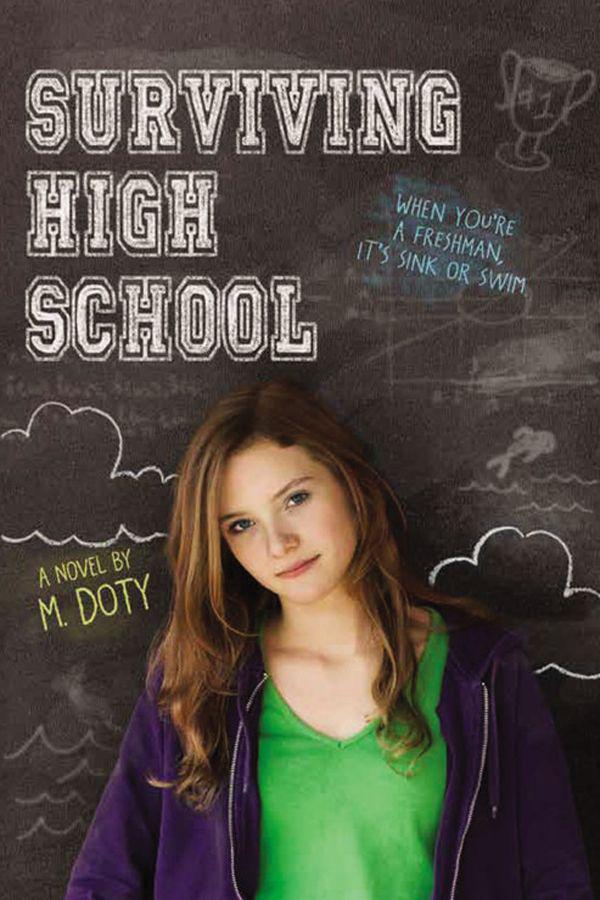 A Preview of
How to be a Star

In accordance with the U.S. Copyright Act of 1976, the scanning, uploading, and electronic sharing of any part of this book without the permission of the publisher constitute unlawful piracy and theft of the author’s intellectual property. If you would like to use material from the book (other than for review purposes), prior written permission must be obtained by contacting the publisher at [email protected] Thank you for your support of the author’s rights.

TO MY MOTHER AND FATHER

The sky was so thick with rain that the tiny Honda might as well have been driving underwater. It was May, not too long before school would be out, and early for a summer storm. Water seeped into cracks in the asphalt, and multicolored oil slicks floated everywhere. The driver didn’t see them.

Coming around a corner, the car skidded off the road and over a steep embankment. From there, it tumbled onto its side, flipping twice before it landed in a small, grassy stream below.

For a moment, everything was still except for the falling rain. Then came the sound of crunching glass as a boot kicked out the windshield from inside. A tall boy with a deep gash across his face crawled from the wreckage, dragging a girl behind him. She didn’t move, didn’t even breathe.

“Sara!” the boy shouted, holding his face close to hers, hoping he’d feel her breath. He did not, and he shouted her name again. Then he pressed his lips to hers and exhaled, trying to breathe life back into her.

But even before the ambulances came, before the men tore him away from her and put him on a stretcher, even before Sara’s father arrived and stared coldly down at him, cursing him for what he’d done, the boy knew that she was dead.

Emily Kessler willed the corners of her mouth to rise and her eyes to light up as she stared into the massive camera lens. If her photo turned out like usual, she’d be stuck with a miserable school ID card all year. She hadn’t looked happy in a picture in months.

“Uh, great. Hold it just like that,” said the photographer, scrambling to find the button on his camera. Emily’s mouth was starting to hurt.

Forget it
, she thought.
I’m doomed.

By the time the flash went off a few seconds later, she was wearing her usual intense expression: awesome for scaring
the Speedos off the other swimmers during a meet, terrible for trying to make friends… or meet a cute guy.

A few seconds later, the photographer apologized as he handed Emily her new ID.

“I usually don’t say this,” he said, “but if you ‘lose’ this after a few weeks, they’ll send you back here to get another one.”

“Thanks,” she said, accepting the card. She knew there’d be no point in taking him up on his offer.

Out in the hallway, a line of other freshmen stretched into the distance and around a corner. Rows and rows of endless lockers went on as far as the eye could see, and Emily wondered which one was hers. She squinted at the sheet of paper the school had mailed her a few days earlier. Locker 1322? The number itself seemed overwhelming. Her middle school had only had six hundred students, less than half the number here at Twin Branches High.

The students in line smiled, laughed, chewed gum, read over their schedules, chatted, and flirted. Emily watched them nervously. How could they possibly look so happy and calm?

Somewhere, in one of these halls, Nick Brown was walking around, looking for his first class and getting ready to start his senior year. Nick Brown was here. And Sara wasn’t. It just didn’t seem fair. How could the world be like this, where you got a girl killed and then just showed up at school the next year as if everything was normal?

Emily still didn’t understand how it had happened, really.
Sara almost always walked or jogged home from school. Given the storm that night, she might have decided to get a ride, but why hadn’t she just called their parents? To ride home with some random guy from school—that wasn’t Sara’s style.

The first few days after Sara’s death were a black hole in Emily’s memory. Whatever Emily had thought or felt back then, it was simply gone. A week went by before she’d had the courage to ask her parents about the details of what had happened.

She’d walked into her dad’s office one evening to find him sitting in a chair and staring at the screen of a laptop that had gone into standby mode.

“Dad,” she’d said, “why did she ride home with him—with Nick Brown?”

The mention of the boy’s name had made her father cringe.

“Your sister made a stupid mistake,” he said.

He turned his attention back to his computer then, clicking it awake, and Emily had stood stupidly in the doorway, watching him type for a few moments before retreating to the solitude of her room. Emily’s father had always been intense, but something had changed in him after the accident, as if any joy he took in life had died along with Sara.

And for all this, she had Nick Brown to thank.

Just thinking about him made Emily’s throat constrict
and her chest burn. Who knew what would happen if she actually saw him? The best she could hope for was to make it through the next year without bumping into him. Yeah, right. Twin Branches High School was big—but it probably wasn’t
that
big.

As Emily turned to start looking for her first class, her best friend, Kimi Chen, ran up and snatched the freshly printed ID out of Emily’s hands. They looked down at the photo together: Emily’s brown hair was pulled back tight, and the flash shone off her forehead like it was a giant Ping-Pong ball. The worst thing was that her eyes, which were supposed to be blue, instead glowed crimson. The whole look was completely terrifying. Didn’t the school’s camera have red-eye reduction?

“Scary!” said Kimi, wrinkling her nose. “You totally look like that girl who gets possessed by a demon in that movie. You know, the one where the priest gets thrown out the window?”

“Great,” said Emily, snatching back the ID and burying it in her jeans pocket. “I’ve always wanted to look like a movie star.”

Emily gave Kimi a once-over. Kimi had styled her usually straight black hair into waves, and she wore a brown pencil skirt with a crisp white collared shirt and black wedges. Maybe a little formal for high school, but it was the first day. Lots of people dressed up. The whitening strips Kimi had been applying all summer made her teeth sparkle like snow and matched the single pearl she wore around her neck.

“It’s business casual,” said Kimi, smiling coyly. “First impressions count for everything, and the teachers here need to know who they’re dealing with. I’m going for a studious-yet-highly-efficient, sexy-secretary kind of look. What do you think?”

Two girls in the nearby line laughed a little too loudly, and Emily and Kimi turned to find out what was so funny. It took a moment for Emily to recognize Dominique Clark and Lindsay Vale without their swim caps on. Great. Two
more
people she’d hoped to avoid today.

Kimi blushed and looked down at her skirt.

“Don’t be so hard on her,” added Lindsay. “At least her clothes
fit
.” She glared over at Emily’s baggy jeans and too-big sweatshirt. The clothes were hand-me-downs from Sara that Emily had dug out of a box in the garage a week earlier. She knew how loose they were, and her mom had offered to take her shopping, but Emily refused to wear anything else.

Kimi stared the blondes down, trying to melt them with her eyes. Both of them wore pastel summer dresses and had obviously visited the salon in the last twenty-four hours: Their shimmering platinum hair was as artfully arranged as Japanese flowers. Dominique and Lindsay didn’t look good—they looked
perfect
.

After a second, Kimi smiled.

“At least Emily and I aren’t wearing the same
shoes
,” she said, pointing at their feet. Dominique and Lindsay looked down in horror. It was true. They were wearing the same designer ballet flats.

“Hope you had a nice summer, Emily,” said Dominique, quickly recovering. “I noticed you didn’t make it down to LA for training camp. Too bad. All the other girls were asking about you.”

“My dad—Coach—thought it would be better for my form if I just trained here,” said Emily, gritting her teeth. “Fewer distractions.”

“Oh, he’s
totally
right,” said Dominique, twirling her hair around a finger, her French-tipped nail cutting through the air. “We ended up having to go to these awful parties with Michael Phelps and some of the other guys from the Olympic team.
So
boring. I’m sure you were better off here at Twin Branches with Coach. I can’t
wait
to start working with him again.”

“See you at the pool!” Dominique called as Kimi dragged Emily away from the blondes and down the hall.

“Stupid name-dropper,” said Kimi once they were out of earshot, her face flushed with rage. “She’s not even that good of a swimmer.”

“Yes, she is,” admitted Emily.

Emily had checked Dominique’s summer race times
online, and they’d been almost identical to her own. Over the last two years, ever since Dominique had moved to town to work with Emily’s dad as part of a club sport back in middle school, the two girls had gone head-to-head dozens of times, with Emily dominating in breaststroke and butterfly and Dominique beating her in freestyle and backstroke.

Kimi reached into her bag, took out a meticulously organized notebook, and flipped to the inside cover, where she’d taped her class schedule.

“Who do you have for homeroom?” she asked.

“So we don’t have homeroom together,” she said, frowning as she read the list. “Or anything else. Aren’t you in
any
honors classes?”

“Not this year,” said Kimi. “It’s all about strategy. Back in middle school, when I tried to step it up and take all those gifted classes with you, I got mostly B’s and C’s. I figure if I just take the regular stuff, I can pull off straight A’s. Good for the résumé and good enough for my parents. Plus, I’ll probably have way more time after school for, you know, ‘activities.’ ”

“I thought you stopped going to that hip-hop dance class.”

“Some people’s bones just aren’t made to pop and lock, okay? I was
actually
thinking something more along the lines
of flirting with hot guys at the mall,” said Kimi. “You want to head over there after school?”