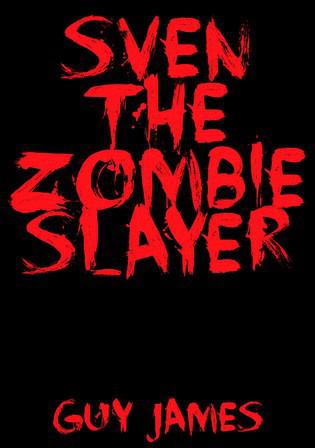 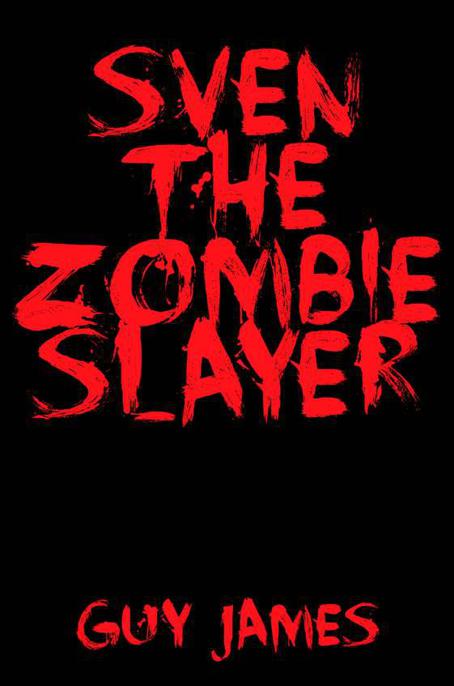 All rights reserved. No part of this book may be reproduced or transmitted in any form or by any means, electronic or mechanical, including photocopying, recording, or any information storage and retrieval system, without permission in writing from the author.

Please visit
http://guyjamesfiction.blogspot.com/
to learn more about the
Sven the Zombie Slayer
series, and other existing and
upcoming titles from Guy James.

Matt Sarelson stared into the thing’s eyes, and he knew, with the most terrible of certainties, that he was about to die.

His head began to nod, and he took another sip of his tepid coffee.

As part of his weekday routine, Matt made himself coffee every morning before he left for work. That morning, Matt had made himself a cup of strong Kona, but departing from his meticulous coffee-making practice, he had committed what he deemed a coffee preparation atrocity.

Matt’s coffeemaker had self-destructed a week earlier, and while he waited for its replacement to arrive, Matt used his trusty French press in the broken coffeemaker’s stead.

On that unfortunate morning, Matt was especially groggy when he forced himself out of bed at ten minutes past four. The grogginess led to an exceptional bout of clumsiness in the kitchen: the French press slipped out of his fumbling hands as he carried it from the sink, and though he juggled the press for a few turns, his circus skills did not save it from shattering on the kitchen floor.

Broken French press or no, Matt had to have his coffee, so he got out a small saucepan, in which he boiled some water. To the boiling water he added ground Kona, and he let the mixture simmer for a few minutes while he stirred it, distastefully, with a wooden spoon. Then he poured off the top layer of the mixture, striving to keep the grounds out of his cup.

But grounds had come, and now, as he sat in the parking lot in his Highlander, he felt the demonic grounds poking around his mouth, mocking him. He wondered how people had done it back in the day before coffeemakers. The thought made him shudder.

Matt swallowed the tinged mouthful and sighed a coffee breath sigh. Imperfectly prepared coffee was just another in the series of sacrifices he made for his job. Letting grounds run rampant in his coffee was bad, it was true, as was the broken French press, but today—getting in early today—was worth all of that.

He opened the car door, got out, and ducked back in over the driver’s seat. He retrieved his coffee mug and tucked his stack of marked-up deal documents under his arm. Matt kicked the door shut with a loafer-clad foot, took a deep breath, and crossed the empty lot.

At the entrance of the dark alley that connected the parking lot and mall commons, Matt paused. It was a creepy shortcut during the day—lined on either side with dim, cavernous recesses—and was even more troubling at night, especially with one of the two overhead lights having burned out. Matt wondered if someone was going to replace that light any time soon. Didn’t anyone work anymore?

Matt took long, tired strides through the alley, and then abruptly stopped in the middle. He had heard something…something that sounded too much like a scream. He couldn’t tell where the sound had come from, so he looked behind him, and, seeing nothing, turned back around and started for the mall again, quickening his pace.

By the time Matt stepped out onto the mall commons, he had put the sound out of his mind. He was too tired to concentrate both on that and on what he had to accomplish at work that day.

The mall commons were empty, save for a smattering of the sleeping homeless, and they were still dead to the world. The place was still.

As Matt walked past the familiar shops, he felt a sting of resentment. All of the shops’ owners and employees were in bed, and he should have been too—not with them but in his own bed—if it wasn’t for that lazy, no good—

He heard a cry, and spun around to face the direction from which the noise had come.

He peered into the distance.

The mall was empty.

Matt decided it had been a particularly disharmonious bird, or, even if it had been a person, it didn’t concern him. He had extremely important things to do that day.

He resumed his walk and stopped in front of the building, looking up at it.
Bremmer Title Associates,
it said to him—to everyone that passed.

But not forever, Matt thought, gripping his coffee mug tighter, one day, it’ll say
Sarelson Title Company.
It shouldn’t say “Associates” anyway. That was stupid—remarkably stupid. It was a company, and it should announce that fact to all of the potential clients that passed by it.

There were three residential mortgage closings on Matt’s desk that day, and he was coming in early because in his quite correct opinion, he was the only
Bremmer Title Associates’
employee that could get anything done. Today was the day, Matt knew, that he would make Mr. Bremmer notice. Today was the day that Mr. Bremmer would finally see how talented Matt was, and how incompetent and worthless that suck-up Jon was. God, how Matt hated the two of them—Bremmer and Jon—always gushing over each other and following each other around while Matt got stuck with all the work. And to add insult to injury, Jon was Matt’s junior! But Jon’s father was a fancy so-and-so and la-di-da and—well, that wasn’t going to matter anymore, not after today.

Each of the three closings was to take place when Jon was out of the office on one of his usual three-hour workout and golf sessions—Matt had seen to that bit of timing. Jon would be dropping the ball—not the golf ball of course, the work ball—and Matt would rise up to save the day. And he would make damn sure that Bremmer noticed.

Matt took another sip of his lousy coffee, which was no longer even lukewarm, unlocked the title company’s door, and walked in. He locked the door behind him, flicked on the lights, and walked past the empty receptionist’s desk toward his own office.

He was beginning to replay one of his favorite fantasies in his head—the one where he beat Jon senseless with the lazy suckup’s own nine iron—when he saw a light coming from the back of the office hallway. He walked closer, and was startled to find that it was coming from Jon’s office.

Jon’s office was tucked away in the back of the floor, and Jon had had the privilege of picking it out because Mr. Bremmer loved him so much—so very, very, nauseatingly much. The position of Jon’s office let the lazy bum sneak in and out unnoticed, avoiding work and leaving Matt to run the business under Mr. Bremmer’s uninvolved and increasingly ungrateful glare.

God, how stupid they all are, Matt thought. That idiot Jon can’t even turn his damn light off.

Sighing in frustration, Matt put his coffee and documents down at his own office’s closed door, then crossed the length of the hall to Jon’s door.

Just as Matt reached his hand in to flick off the lights, he was overcome by a stench so overpowering that it felt like a punch to the gut. His head began to swim, and the shapes around him got fuzzy. He almost retched, but managed to keep his coffee—grinds and all—in his stomach.

So now Jon was keeping rotten food in his office?

That’s exactly something Jon would do, Matt thought.

It wasn’t even five in the morning yet and already Matt felt livid with anger. He clamped his fingers over his nose and resolved to dispose of whatever decaying matter he found within Jon’s office and get right to work. Even if no one else at
Bremmer Title Associates
did anything, Matt had a responsibility to the clients, and he was going to see it through. The work mattered.

Matt walked into Jon’s office, facing the divider that Jon had rigged up so that no one could see his desk from the hallway. When Matt came around the divider, he almost gasped. But the caffeine had started to do its trick and he remembered not to breathe in. Stifling his surprise-fueled want of a breath, Matt looked down, and had to revise his theory as to the source of the odor.

Jon was slumped face down on his desk. Looking at the pale-yellow, viscous fluid that was collecting at the left side of Jon’s head, Matt determined that the smell was vomit.

Great, he thought, now I have to waste my precious time cleaning up after this idiot.

Matt’s eyes darted to the corner of Jon’s office, where a letter opener stood, peeking out of a pencil stand. The letter opener seemed to wink at him, and he considered it for a moment. Wouldn’t that be nice? I could just stab him in the back of the head and end his misery.

Then Matt’s eyes shifted to the golf-bag propped up against the wall. Or, I could grab that nine iron sticking out of the bag, bring it up, and…

That was the better way to do it, he decided, flavorfully ironic.

Matt quickly walked out of the office, unclamped his nose, and took two deep breaths. Then he put his hand back over his nose and went back inside.

“Hey!” Matt yelled with his nose still clamped. “Wake up, it stinks in here.”

“Come on, I have work to do and your stink is distracting. Jon! Jon, come on wake up you can’t do this in here.”

The Privateer by Zellmann, William
Rosamund by Bertrice Small
The Missing Person's Guide to Love by Susanna Jones
Dead to Me by Lesley Pearse
Playing With Fire (Power of Four Book 2) by SF Mazhar
Promise Renewed by Mitzi Pool Bridges
The Ice Museum by Joanna Kavenna
Sleepwalker by Michael Laimo
I Kill in Peace by Hunter Shea
The Boy Who Cried Fish by A. F. Harrold