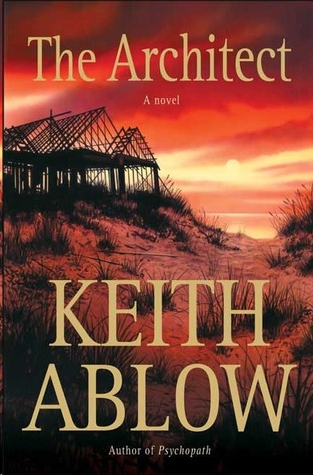 Book 6 in the Frank Clevenger series

PHENOMENAL PRAISE FOR
KEITH ABLOW AND HIS NOVELS

“You can see why in certain quarters, Ablow is compared to Thomas Harris.”

“No one burrows into the darkest recesses of the heart as deeply as Keith Ablow.”

“Keith Ablow’s setting is the darkest of all-the twists and turns of the human mind.”

“Ablow’s got the instincts of Thomas Harris.”

“Impressive and sharply detailed… a fresh and fully realized creation”

“An absolutely chilling premise and terrifying to the very end.”

“A compelling story about passion and intelligence and how fine is the razor’s edge between sanity and madness.”

—Anne Perry,
New York Times
bestselling author of
No Graves as Yet

“The forensic details are convincing, and the writing is sharp, making Clevenger’s return trip from hell an undeniably uplifting story.”

“If you enjoy the combination of psychological profiling and forensic medicine in Patricia Cornwell’s crime novels, you’ll like the gruesome authenticity of Ablow’s
Denial.
”

“[A] lurid debut thriller… a convincing, seductively fascinating portrait of a man and a milieu obsessed with sensation and trapped in denial of that obsession.“

“A stark and terrifying journey into the mind of the criminally insane.”

“Sex, murder, madness, and medicine. What more could any thriller reader want? A disturbing, riveting read… Ablow has written the prescription for terror. Readers should fill it only if they are caught up on their sleep.”

“Deftly, with driving prose, Ablow portrays the horror and bleakness of damaged lives.”

“Places the reader on the cutting edge of psychiatric thrillers, and in the hands of an author whose expertise as a psychiatrist makes this story as authentic as it is compelling.”

“Ablow is king of the psychological thriller…the pages will singe your hands.”

“Only Thomas Harris does it more stylishly.”

“Dr. Frank Clevenger, forensic psychiatrist and (somewhat reluctant) crime-solver, is quickly becoming one of the genre’s most intriguing protagonists… a strange and hypnotic thriller… fascinating.”

“
A tour de force. Ablow is not satisfied with the superficial. He digs deep to create complex characters.”

“This series just keeps getting better. [Frank Clevenger is] a brilliant creation and this is a brilliant novel.”

“Utterly compelling… a roller coaster of a mystery with hairpin twists and turns that shock and astonish.”

“The suspense is riveting and the outcome surprising.”

“Compelling, graceful, and nearly impossible to put down.”

“Ablow is a master of psychological suspense. This is a dark, taut, terrifying novel, driven by a talented psychiatrist’s insights into the human condition. Stoke up the fire, curl up with
Compulsion
, and be prepared for a sleepless night.”

“
From the first sentence to the last,
Compulsion
is mesmerizing. A tense and sexy thriller stocked to the brim with juicy characters … with deft intelligence, Ablow maps the torturous terrain of the darkest regions of the human heart.”

“A crime novel like no other… a psycho tour de force. Ablow has … the instincts of a Zen Thomas Harris.”

“
Projection…
isn’t for the squeamish… readers of Thomas Harris’s gruesome Hannibal Lecter tales … would do well to look here.”

“A trip into the catacombs of the mind… Ablow, a forensic psychiatrist, understands the darkest recesses of the human mind.”

All rights reserved. No part of this book may be used or reproduced in any manner whatsoever without written permission except in the case of brief quotations embodied in critical articles or reviews. For information address St. Martin's Press, 175 Fifth Avenue, New York, NY 10010.

For three who treated every page as their own:

I am grateful to my publishers, Matthew Shear and Sally Richardson, for believing in my work and continuing to support it. For investing sweat equity, my thanks also to Michael Homier, assistant to my artist-editor, Charles Spicer.

My research benefited from the perspectives of many people, including Brad Garrett of the FBI, former United States Secretary of Transportation Drew Lewis, Sergeant John "Buck" Goodwin of the Revere Police, Joshua Resnek of the Independent News Group, Todd Morley of the Guggenheim Group, J. Christopher Burch, and attorney Anthony Traini.

For their unique and valued perspectives on architecture, I thank Tom Wolfe and Christopher Alexander.

Finally, for being the brightest lights in my life, I thank my family, Debbie, Devin, and Cole.

He was barefoot, in
a white linen tunic and nothing else, as prescribed by Scripture. His hands were ungloved. Rays of colored light fell upon the body on the dissecting table before him. Sterilized stainless steel instruments were perfectly aligned on a sterling silver tray at his side.

He picked up the scalpel and ran it smoothly along the skin over the spine, laying open the flesh, revealing glorious fans of muscle with equally glorious names: trapezius, splenius, cervicus. He fastened retractors to hold back the severed tissues, then cut deeper, through fascia and ligament, to bone.

His operatory was built entirely of stone, according to the golden section, a rectangle sixty-two percent longer than it was wide, the same proportions used in the design of the pyramids, the Parthenon, the Venetian Church of St. Mark, even the paragraphs of Virgil's
Aeneid
. The hipped roof was built to the same ideal: each face sixty-two percent longer than its height. Every wall held a gothic, stained-glass window of precisely
the same proportions, each depicting a pitched battle between forces of good and evil: God and Leviathan, Zeus and the Titan, the Pandava and an army of demons, and Krishna and the Kauravas.

Handel’s
Messiah
drifted from speakers hidden in the walls. The scent of myrtle filled the air.

He exposed several vertebrae at shoulder level, paused, and took a dreamy breath. This was his reward. Entry to the inner sanctum. A window on God’s great design. He loved the spine’s perfect marriage of structure and function, rigid enough to protect the cord coursing through it, supple enough for a man to gaze at the stars, to spoon against a lover, to crouch, to spring.

Were he a more humble servant, he would have become a surgeon, dedicated to repairing the body when warped by illness or injury or age. But he needed to create beauty, not simply restore it.

He moved the blade lower, hungry to lay eyes on the cauda equina, the waterfall of nerves pouring from the base of the spine to power the legs.

He felt no more remorse for the blood on his hands than a sculptor would for chips of stone scattered on the ground. Destruction was simply a part of creation, a sweeping aside to reveal something more perfect.

He used a surgical saw to remove the backs of three vertebrae near the tailbone, dissected down to the sheath surrounding the spinal cord, coaxed it open with forceps. Then, trembling with excitement, he ran a fingertip along the moist, white bundle inside. He could almost feel the waves of charged ions that had once surged inside it. And he felt certain that he had indeed been chosen, that his greatest challenge would soon be at hand.

He looked over at a series of silver-framed photographs on the wall: an aerial view of the White House, a shot of President Warren Buckley strolling in the Rose Garden, a family portrait of the president with his wife, his two sons and his daughter, a close-up of the girl—the freak, the accident. His eyes stayed on her, his pupils dilating, his lungs expanding, his heart pumping. And when he looked back at the family portrait, she was gone.

A map of the
United States glowed on the flat-panel monitor at the front of the room.

“August and October, 2003. Both deep in the woods. The bizarre condition of the corpses got headlines, but things quieted down within a couple months.” He cleared his throat, but his gravelly voice didn’t change. “Until last year,” he said. “The third body. A twelve-year-old boy in Big Timber, Montana.”

Remember My Name by Abbey Clancy
Throne of Oak (Maggie's Grove) by Bell, Dana Marie
Freefly by Michele Tallarita
Wild in the Field by Jennifer Greene
If I Should Die by Hilary Norman
Miss Annie And The Chief by Kane, Joany
Mr. Hornaday's War by Stefan Bechtel
Ancient Prophecy by Richard S. Tuttle, Richard S. Tuttle
The Consequence of Secrets - Part Two: A Priest Romance by Cates, Eve
Love on the Mend by Karen Witemeyer