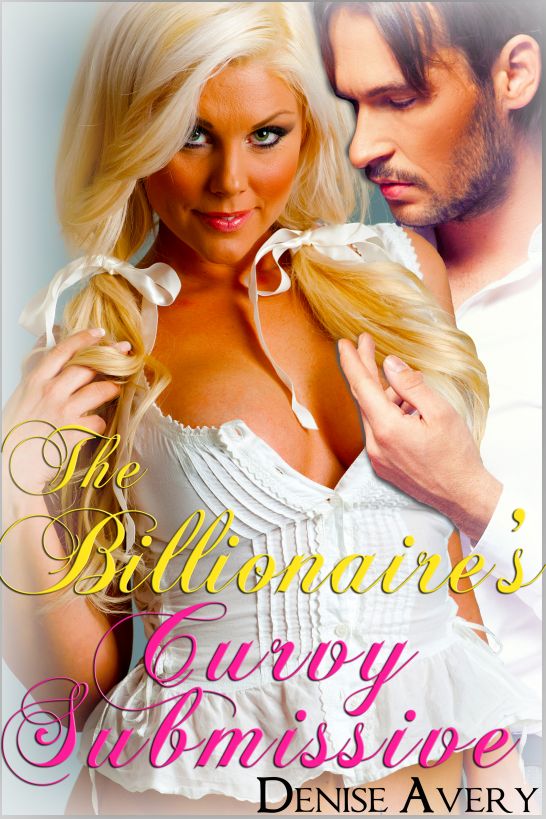 This book is a work of fiction and any
resemblance to persons, living or dead, or places, events or
locales is purely coincidental. The characters are productions of
the author’s imagination and used fictitiously.

The material in this document contains
explicit sexual content that is intended for mature audiences only
and is inappropriate for readers under 18 years of age.

Stepping gingerly over the rolling hills of
unwashed laundry that never failed to accumulate on the hardwood
floor of her Brooklyn apartment, Claire Baxter prodded her laptop
to wake it up from sleep mode. She peered at the icon for her email
inbox and let a hopeless sigh escape from her lips. No new
messages, obviously.

Claire gathered her thick, ash blonde hair
into a bundle at the nape of her neck and glanced around the
cluttered surface of her desk, embarking on the daily search for a
hair tie amid the rubble. She felt her breathing quicken and tried
her best to swallow the mounting unease that had, of late, become a
permanent fixture in her internal landscape. The fact that she
couldn’t find one lousy hair elastic in the sea of crap cluttering
up her apartment did not help matters one bit.

“Tommy,” Claire called, trying to keep the
hysterical edge from her voice, “I thought you said you were going
to clean this place up yesterday?”

“What’s that?” A sleepy voice called from the
bedroom.

Claire took a deep breath to steady herself,
“You told me that you were going to clean the apartment once you’d
finished your work for the day.”

“Oh...” Tommy, Claire’s boyfriend of two
years, poked his head around the corner of the living room. “I was
going to, but the thing is... I never got around to writing those
articles.”

“So... You just didn’t do any work
yesterday?” Claire said flatly.

“And you couldn’t have cleaned instead?”

“I couldn’t clean with my assignment on my
mind, Claire.”

“And naturally, you couldn’t have buckled
down and done the assignment.”

“Tommy—” Claire began, but he disappeared
around the corner before she could lay into him. She looked down at
her hands and was not altogether shocked at the force with which
she had been digging her fingernails into her palms. Tommy had that
effect on her these days.

Tommy and Claire had been an item since their
sophomore year of college. They’d met on the set of a student film
that Claire was starring in, which was shooting in the middle of a
harsh New England winter. The mindless director of the “film” had,
for some unfathomable reason, decided that he absolutely needed a
shot of his heroine looking wistfully at the sea in a sundress, and
couldn’t understand why Claire was a bit annoyed at having to stand
scantily clad on the windy beach in the middle of February for two
hours. Tommy, who’d be responsible for holding the boom mic, had
been kind enough to lend her his coat between takes. They’d been
together ever since.

Theirs had always been a relationship of
convenience, but now that they’d graduated college and entered the
big bad job market, there didn’t seem to be anything convenient
about their lives together. They’d pooled their savings and managed
to find a tiny, cheap apartment way out in the Brooklyn boondocks.
After a month of subsisting on rice, beans, and Pabst Blue Ribbon,
Claire began to panic about their prospects. She had majored in
visual art with a concentration in photography, and Tommy had
studied (in the loosest sense of the word) journalism. They’d each
been “lucky” enough to find unpaid internships through their
university, but as far as real paying jobs went? Not so much.

Tommy, who’d always been handy enough with
computers, had started doing freelance writing work getting paid
about a penny per word for longwinded articles about air filtration
systems and marketing strategies. It was something, but his short
attention span and general lack of motivation meant that he hardly
made fifty bucks a week. Claire, on the other hand, had found a
retail job through a friend and made enough for them to at least
make rent. Her best friend Savannah had hooked her up with a job
manning the counter of a ritzy children’s shop in the fashionable
neighborhood of TriBeCa.

Claire despised going to work. Call her
crazy, but she shuddered at the fact that a pair of bloomers for a
three-month-old baby cost more at that place than she’d paid for
her prom dress. It didn’t help that the customers were snooty,
inconsiderate, and treated her as though she didn’t exist except
when they had a problem with the merchandise or needed a sounding
board for their high class complaints. Worst of all, though, was
her boss.

Cheryl Sanders, the owner and slave driver of
Baby Beautiful Baby Clothing, was a cold-hearted tyrant. Claire had
been completely bamboozled by her boss’s evil streak—she’d seemed
normal enough during the interview! Sure, her plastered-on smile
had given Claire the willies, but she’d appeared harmless enough.
It wasn’t until after Claire had signed a contract agreeing to work
at least a year at the store that Cheryl had unleashed the
crazy.

Still, it was a job of sorts, and Claire had
plenty of recently-graduated friends who couldn’t even find that.
Plus, with Tommy pissing away his days pretending to be a
freelancer, someone had to be making money, right?

“Babe,” Tommy cried from the kitchen, “Can
you come here a minute?”

Claire picked her way around a massive pile
of soiled hoodies (the majority of Tommy’s wardrobe) and tripped
into the tiny corner of the apartment that housed their mini-fridge
and hot plate (full-sized appliances were for working
professionals, apparently).

“What is it?” Claire asked, “I have to leave
for work in a minute.”

Tommy was sitting on top of the mini fridge
in his favorite pair of Looney Toons pajama pants, holding a box of
organic toaster pastries. He looked disappointed.

“Claire,” he said sadly, “What does this look
like to you?”

“Not me, although thanks,” Tommy growled,
brandishing the box at her, “These.”

“They’re Pop Tarts,” Claire replied through
her teeth, “You asked me to get you some freaking Pop Tarts on the
way home from the store yesterday, and I, being the generous and
adorable girlfriend of your dreams, got you some goddamn Pop
Tarts.”

“No,” Tommy said slowly, “No you did not.
These are not Pop Tarts. These are some bourgeois, crunchy granola,
all-natural bullshit. And they’re blueberry! I specifically asked
for apple cinnamon. Jesus.”

Claire stared at Tommy, uncomprehending. “I’m
sorry...” she said, “Are you... yelling at me right now?”

“I can’t help it!” Tommy said, throwing his
hands into the air, “You’re just so inconsiderate sometimes! Why
can’t you ever think of anyone besides yourself? I swear, sometimes
I think—OW!”

Claire hadn’t made the conscious decision to
hit Tommy with their one sauce pan (which was, of course, caked
with old spaghetti), but she seemed to have nonetheless. A nervous
giggle escaped her and Tommy stumbled against the wall, looking
dazed.

“You crazy bitch!” he shouted, clutching the
side of his head that Claire had whacked, “Why would you do
something like that?”

“Just felt like it, I guess. Inconsiderate
person that I am,” Claire chirped.

“You owe me. Big time.” Tommy countered,
“First the Pop Tarts, now this? That counts for at least one blow
job tonight, minimum.”

“I’ll tell you what,” Claire said, edging out
of the kitchen, “If you concentrate really hard today and manage to
grow that little noodle dick of yours to a size that’s worthy of my
attention, I’ll give you the best blow job you’ve ever had. But
only if you take a freaking shower. What’s it been, a week?”

“I have to go,” Claire said, “Someone has to
act like an adult around here.”

“When will you be home?” Tommy called after
her.

“When I remember why it is I ever bother
coming home to you,” Claire snapped, wrenching open the front door,
“So it might be a late night.”

“Ladies and Gentlemen,” the overhead speaker
announced, “Our subway is delayed due to train traffic ahead of us.
Please be patient while we—” But the message was drowned out by the
sound of two dozen harried New Yorkers grumbling. Claire’s subway
car had stalled on the tracks while it crossed the Manhattan
Bridge, and she felt her palms begin to sweat. It looked like she
was going to be late to open the store. She prayed silently that
this wouldn’t be one of those mornings that Cheryl chose to drop in
for a visit. That woman loved nothing more than hassling Claire and
Savannah about appropriate gift wrapping and up-selling techniques
in front of their customers.

The subway car was too warm to be comfortable
with all those agitated bodies inside. It was a surprisingly warm
morning for November in New York, and Claire had overdressed. She
wiggled around, looking for a pocket of cool air in the extremely
crowded subway, but found that she was entirely surrounded by
various bodies. The close proximity was beginning to make her
antsy, and she suddenly felt short of breath. Prone to panic
attacks, Claire quickly began to take preventative measures. She
unzipped her heavy down jacket and began to loosen her thick scarf.
Just as she began to feel a moment’s relief, a husky voice chortled
behind her.

“Keep going, sweetheart. Take it all
off...”

Claire whipped her head around and came face
to face with a scruffy, bulb-nosed man at least twenty years her
senior. She was horrified to see that his teeth were approximately
the shade of mustard and that he badly needed a shave and a
cleaning of his fingernails. The man grinned as Claire’s face went
pale, and his bloodshot eyes locked onto her exposed chest.

“What a treat,” the man wheezed, feasting his
eyes on Claire’s amble bust.

She felt a familiar embarrassment spread
through her body—the same sensation she’d be victim to since she
had turned twelve and gone from skinny tomboy to curvy nymph
seemingly overnight. Her body had always attracted the male gaze,
and certainly not because her collarbones stood out to an extent
deemed “good” by fashion magazines. It was everything under her
collarbones that men could not tear their eyes from.

She’d been a high C cup since middle school,
and had what her mother liked to call “baby-bearing hips” and her
asshole big brother liked to call “thunder thighs”. Her waist,
though not tiny, dipped inward in hourglass perfection. Claire had,
through it all, maintained a good relationship with her body—from
her powerful calves to her soft belly and the sort of booty that
songs were written about. But still, she couldn’t help but feel
self conscious about her figure sometimes, especially when assholes
like this guy started to harass her.

“Man... I’d love to dig my teeth into those,”
the pig continued, nearly salivating onto Claire’s exposed
chest.

“Excuse me,” Claire hissed, not wanting to
cause a scene, “I am a grown woman, not a flank steak. And you are
disgusting.”