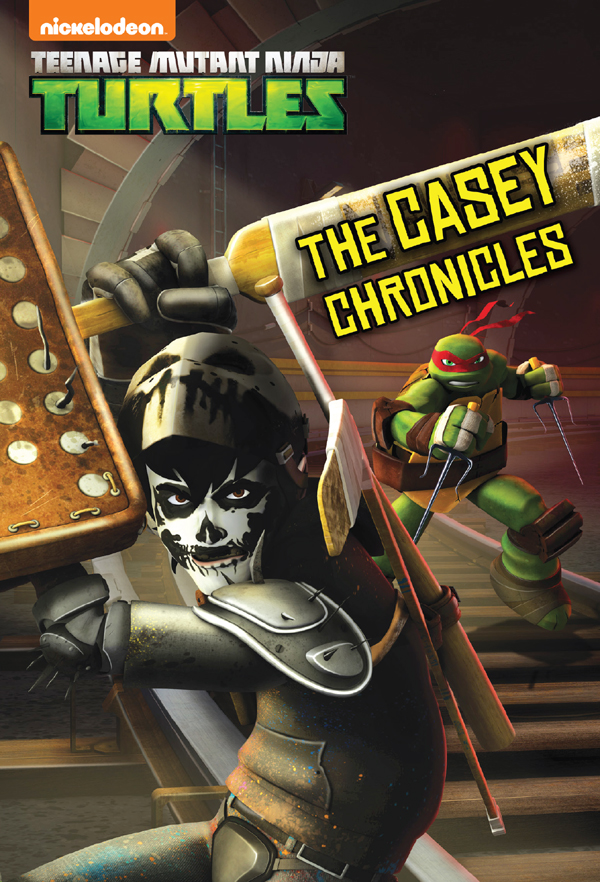 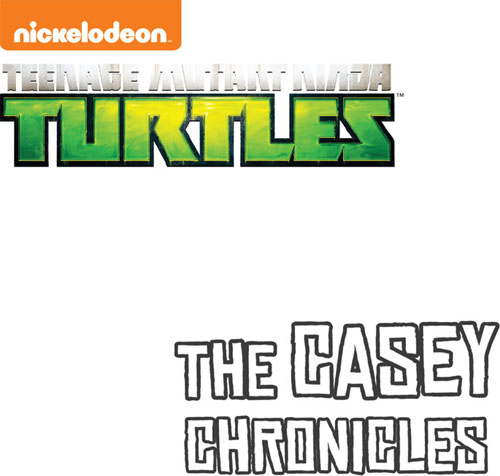 Based on the teleplays
“Target: April O'Neil” by Nicole Dubuc and
“The Good, the Bad, and Casey Jones”
by Johnny Hartmann

Based on characters created by Peter Laird and Kevin Eastman 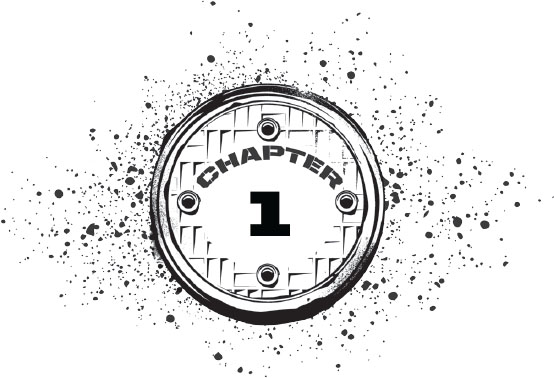 Man, how do I start this thing? I've never had a journal before. I guess I could kick it off with DEAR DIARY.

Never mind. That sounds like a TV show. And as crazy as the words on these pages are gonna be, I guarantee you this isn't a TV show. This is as real as it gets.

Oh, I know! How about
True Life
Memoirs of a Teenage Bounty Hunter?
That sounds totally killer. I could write a bunch of case numbers at the top and mark them solved or unsolved. Maybe include a picture or two of me and my prisoner paper-clipped to the top? You'll look at it all impressed and be like, “Wow, he caught THAT SUPER-DANGEROUS BAD GUY ALL ON HIS OWN? Clearly he did! Look at the photographic proof!”

I forgot; I don't own a camera.

You know what? I'll just start this up by introducing myself. The name's Casey.

And these are
The Casey Chronicles.

On the off chance you've never heard of me, let me enlighten you. I'm the best hockey player Roosevelt High has ever seen. Ever since I was old enough to play sports, all I wanted to do was put on a mask and a jersey and hit somebody. I've got some sick skate moves and a major gift for the stick. Nothing can take me out of a game.

Oh, who's that, you ask? Is that an exchange student named Vladimir Trigonometry?

No. I'm talking about the actual subject trigonometry. It's like a math-splosion of numbers and letters. It's a bunch of formulas and junk that make my head hurt worse than a puck straight to the jaw.

I'm flunking hard-core. And Mr. Frowny-Face School Principal said he'd throw me off the hockey team if I don't pass this semester.

So I needed a tutor. And that's how I started hanging out with Red. You probably know her as April O'Neil. 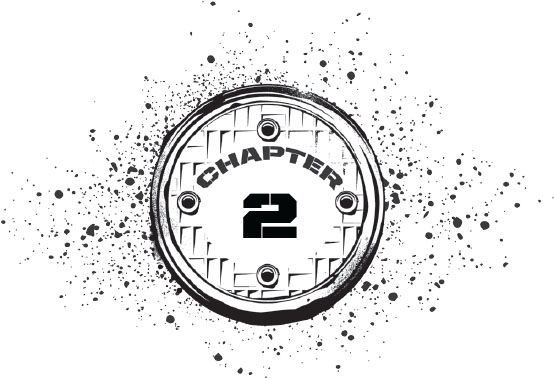 Shredder might have left the country
on urgent business, but his presence still ruled over his minions back home.

No one felt this more than his daughter, Karai. Although her father was thousands of miles away, she found herself staring at him, thanks to a video feed broadcast by the M.O.U.S.E.R.S., small robots with projectors in their skulls. The droids' transmission cast Shredder's face in a pixelated glow, making him appear more monstrous than usual. And magnified to the size of a movie theater screen, his disappointment was all the more obvious.

Karai hung her head in shame.

“So, Daughter,” Shredder's voice boomed. “Not only do you disobey my orders in my absence, but your petty scheme failed miserably.”

Karai knew she was in deep trouble. Over the past few weeks, she had tried to make her father proud by doing her best to capture the Teenage Mutant Ninja Turtles. She knew it wasn't her responsibility, but she wanted to be the one to exact vengeance upon them.

She just didn't have the right tools for the job.

“It was those stupid Footbots!” she protested, staring daggers at the inadequate ninja robots that surrounded her. “They couldn't keep up with the Turtles. But one good thing: the Kraang have been upgrading them! Soâ”

“Hear me, Karai,” Shredder growled. “You will have no more dealings with the Kraang until I return.”

“Wait for my command and do not defy me again. The consequences would be â¦ unfortunate.”

Karai clenched her fists in anger. She couldn't be seen as a failureânot by the Foot, and especially not by her father. It was time for drastic measures.

And waiting for permission was not an option.

Karai led two Footbots down a long tunnel, mulling over her plans. She was intent on making things right, and for that, she needed the extra-dimensional beings called the Kraang. They were scientists, soldiers, and notorious criminals known throughout the universe. And ever since Shredder had saved them from the wreckage of their space station, they were considered allies.

They still give me the creeps
, Karai thought.

Even though Shredder had struck an unlikely alliance with these slimy invaders, she felt uneasy around them: they were cooperating for the moment, but they were also aliens with their own agenda.

Karai and her bots finally arrived at the lab. Kraang-droids, the metallic exoskeletons that housed the brainlike Kraang, patrolled the area. Other Kraang floated in mobile pods, free to swing their tentacles wherever they pleased. A dome in the middle of the room was hardwired into various computers.

With the flip of a switch, steps

materialized out of thin air. Karai climbed them to an observation deck as the dome opened. Smoke billowed out, and a giant robot rose from the floor. Its form was familiar to her: a suit of armor adorned with jagged spikes. It wasn't even po ered up, but it sent a shiver along Karai's spine. It was the ultimate in cybernetic warfare: a Dark Ninja Robot. 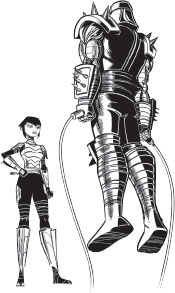 “Nine hours?” Karai exclaimed. “I want to test it on someone
now.
And I've got the perfect target â¦ April O'Neil.”

The Kraang gasped. The mere mention of April's name sent a psychic shock across their hive mind. Karai didn't know that April was the key to funneling the Kraang's telekinetic energy, that she was their secret weapon.

Karai glared at the droid. “Is there a problem with that?”

Sensing her frustration, the Kraang-droid hesitated, knowing it was unsafe to reveal the truth about April. Finally, it said, “Kraang sees no foreseeable problem, one called Karai.”

Sleeper Cell by Alan Porter
Guns Up! by Johnnie Clark
The Living End by Craig Schaefer
The Paris Deadline by Max Byrd
Vedra and Krimon the Twin Dragons by Adam Blade
Over The Sea by Sherwood Smith
If We Lived Here by Lindsey Palmer
Timeless by Brynley Bush
War Games (Alien Instincts) by Lore, Cynthia
Will & Tom by Matthew Plampin