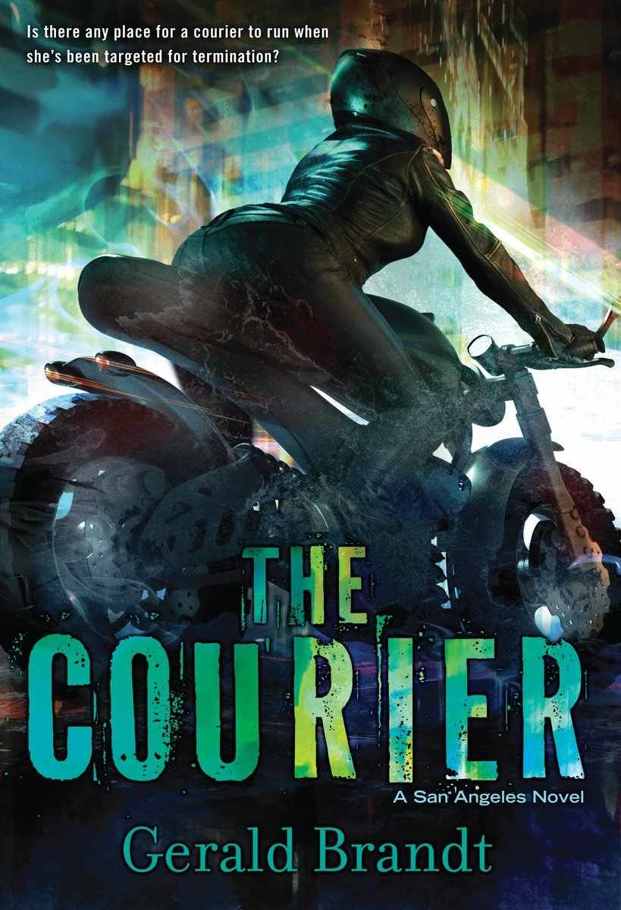 All characters and events in this book are fictitious.

Any resemblance to persons living or dead is strictly coincidental.

The scanning, uploading, and distribution of this book via the Internet or any other means without the permission of the publisher is illegal, and punishable by law. Please purchase only authorized electronic editions, and do not participate in or encourage the electronic piracy of copyrighted materials. Your support of the author’s rights is appreciated.

Nearly all the designs and trade names in this book are registered trademarks. All that are still in commercial use are protected by United States and international trademark law.

U.S. PAT. AND TM. OFF. AND FOREIGN COUNTRIES

For Marnie, Jared, and
Ryan

I’d like to thank: Barb Galler-Smith for showing me that Kris had to be more human. The members of my writers group, Poverty of Writers: Sherry Peters, Evan Braun and Bev Geddes for the critiques, and especially Sherry for reading almost every incarnation of this novel cover-to-cover. Karen Dudley for seeing things I missed and generally making me a better writer. I’d also like to thank Robert J. Sawyer, who never fails to help new writers. Always pay it forward. Special thanks to my editor Sheila Gilbert and all the good people at DAW, and Sara Megibow, my agent at kt literary. And finally, thank-you to my family: Marnie, Jared, and Ryan. Boys, I’m sorry, but I still have to lock myself in my office to get the next books written. You can interrupt me any
time.

T
HE TIRES OF
the motorcycle chattered on the broken concrete of the road, breaking the quiet electric hum of the motor. Chips popped from under the smooth rubber, ricocheting off the boarded-up windows that lined the street, leaving small white explosions where they hit the gray, weathered wood. An old woman pushing a shopping cart full of empty cans and bottles glanced back at the barrage, ducking behind her cart. I slowed down.

The bike hit a patch of fine sand and grit and I stood on the foot pegs. The stuff was always falling from the ceiling on the lower levels. My stomach took a split-second free fall as the rear tire of the bike slipped out from under me. The tire was beyond bald, showing threads in some spots. I should have replaced it months ago, but money was tight. Shifting my weight, I pulled the balance point of
the machine back and rode through the slide. The tires grabbed the road again and I twisted the accelerator to get more speed.

The city rose seven levels high. My little piece of it used to be Downtown Los Angeles; now it was just a small piece of a megalopolis that stretched from San Diego to San Francisco. They named the place San Angeles, with smaller wards named after the original cities it engulfed. The roads on Level 3 were pretty bad, and they only got worse on the way down to Level 1, or as I called it, Hell. I had never been above Level 5. It was my dream to see Level 6 or 7, but access was controlled, and I knew someone like me would never be allowed in.

I found a smooth patch of asphalt, and the almost constant chatter was replaced by the wind whistling through the gaps in my cheap helmet. I stood on the pegs again as the bike hit another broken section. The smooth center of the tires slid until what was left of the knobbed edges found a tenuous grip.

Other couriers kept their bikes lean and trim, with powerful motors and sticky rubber tires. When they had deliveries below Level 4, they would weave their bikes along the street, swerving around the potholes, cracks, and other vehicles.

I didn’t give a shit. My bike was old and tough and could handle the road just fine. And so could I. Ride the damn thing and get from point A to point B as fast as I could, or as fast as the crappy rear tire would let me. Get the delivery done and get on to the next one. That’s where the money was—the little I got, anyway.

My day had started out like every other one. The alarm clock went off at five a.m., a piercing whine that could make small children cry. I was a pretty light sleeper, but I had found the thing in a dumpster on Level 5, and beggars can’t be choosers. I crawled out of bed into the cool room. It was always cool on Level 2; that’s what you get for living five levels away from the sun. The Lee family, the people who rented me my room above the fish market, never turned on the heaters at night.

Most of the stuff in my tiny room was scavenged. My bed frame was an old door raised on cinder blocks. The chair, placed by the crates I used as a table, had had a short leg when I found it. Now it had four short ones, but it was stable. The only new things I owned were my motorcycle helmet and the jacket. The helmet was a courier standard, the cheapest I could get in plain black. It had the built-in comm unit and barely serviceable enhanced night vision, along with the standard stuff.

The jacket was another story. I still hadn’t paid it off. The interest the store charged me was atrocious, but it was worth it.

The jacket produced power from air. The manual said something about absorbing local electromagnetic charges and storing them in its built-in batteries. I didn’t care how the thing worked, as long as it kept my comm unit charged and gave the bike a bit of extra juice when it needed it. The jacket came with a Taser. The thing was tiny enough to hide in the small of my back, and the jacket kept it fully charged. I called it a Taser, but it was really a hybrid between a stun gun and an actual Taser. If I needed to use it in close quarters, the probes wouldn’t fire and I could jab it into someone. The way I always thought of using it was as a full Taser, shooting fifty thousand volts into a person from eight meters away. The secret was in how hard you pushed the trigger. In theory, if I screwed up, the jacket would help protect me. I had never needed to use it, but other couriers had, and that was a good enough reason to have one. The jacket was snug and stiff, so it didn’t flap in the wind when I rode, but it was bulky enough to hide the fact I was a girl.

Some jackass switched lanes right in front of me, and I hit the brakes. On any other day, I would have been hollering through the helmet and thumbing the horn, but today had been a good one. Dispatch had kept me on Levels 4 and 5. Cleaner air, better roads, a feeling of freedom created by the higher ceilings. A nice day to be on
two wheels. For the first time in weeks, I’d had enough deliveries to pay the day’s rent and be able to eat more than just rice. All I had to do was get the paperwork back to Dispatch and head home.

I was ahead of schedule, despite the long run Dispatch had sent me on. It was early enough for the Lees to still have the market open, which meant I would be able to get a hot shower, get some of the road dust off.

Quincy leaned forward, staring into the eyes of the man across from him. Gorō Kadokawa, fifth son of Takeshi Kadokawa, was already dead. He just didn’t know it yet. Quincy still saw anger in those eyes, still noticed the red flush high on Gorō’s cheeks.

Gorō sat in his black mesh office chair, his shirt ripped open, buttons lying like wounded soldiers on the newly finished bamboo floor. Blood trickled from the small cuts Quincy had inflicted on the man’s chest. Soon it would be time to escalate the process. Quincy could tell that Gorō still had too much pride, too much misplaced faith, to believe this could end badly.

Quincy raised the knife slowly, twisting it so the overhead lights flashed in the long curved blade, making Gorō struggle against the zip ties that held his arms and legs to the chair. He whimpered through the tape covering his mouth, twisting in the chair, almost as though he was trying to push himself through the back of it. Quincy pulled a corner of the tape away.

“What do you want? Anything!”

The last word came out muffled as Quincy pushed the tape back into place and lowered the knife. He smiled.

It was all a ruse, he knew that. They all begged at first. Believing if they only said what he wanted to hear, they would be free to go on with their meaningless lives. They didn’t actually start telling the truth until the reality set in. Quincy could always tell when that was: when the look in their eyes changed, when they stopped staring at the knife and started looking into his eyes. That was when Quincy worked best, increasing the pain and the blood bit by bit, until they would sell their own children just to make it all stop.

Gorō wasn’t close to that yet—not quite. When he was, Quincy would start asking the important questions, see whether Gorō knew what was in the package or if he was just an unfortunate bystander.

Quincy looked over Gorō’s shoulder, out the window at the external ceiling less than a meter above him. He hated being on Level 2. Hated the stale, stinking air. Hated the invisible weight of the levels above him, crushing him, waiting to collapse and destroy the life he had created for himself.

He drew in a deep breath. The scent of blood, tangy and coppery, calmed him, filling him with longing, building desire in his veins. It mingled with the smell of the newly painted office walls. He liked the smell of new paint. It always reminded him of a job well done.